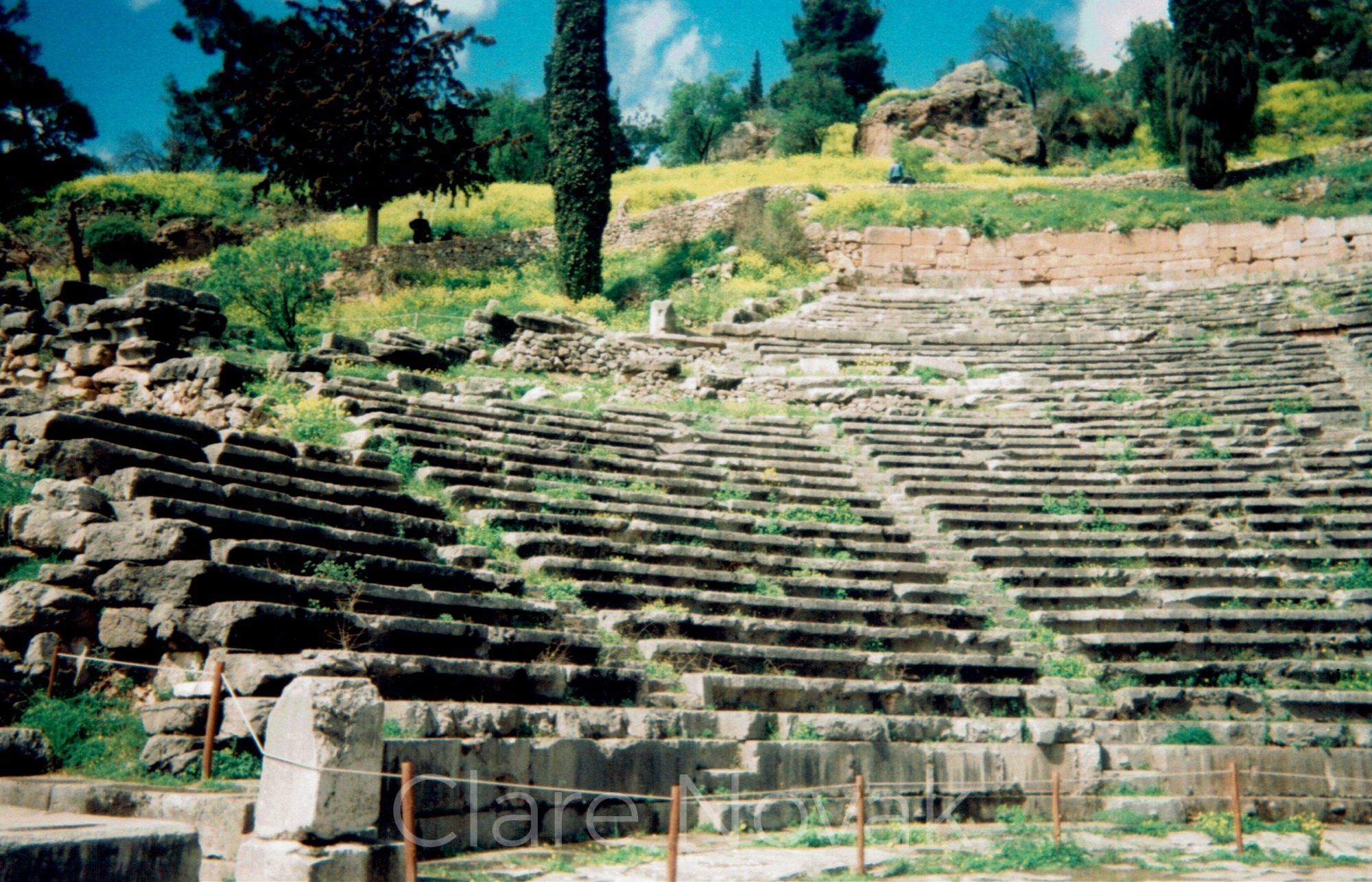 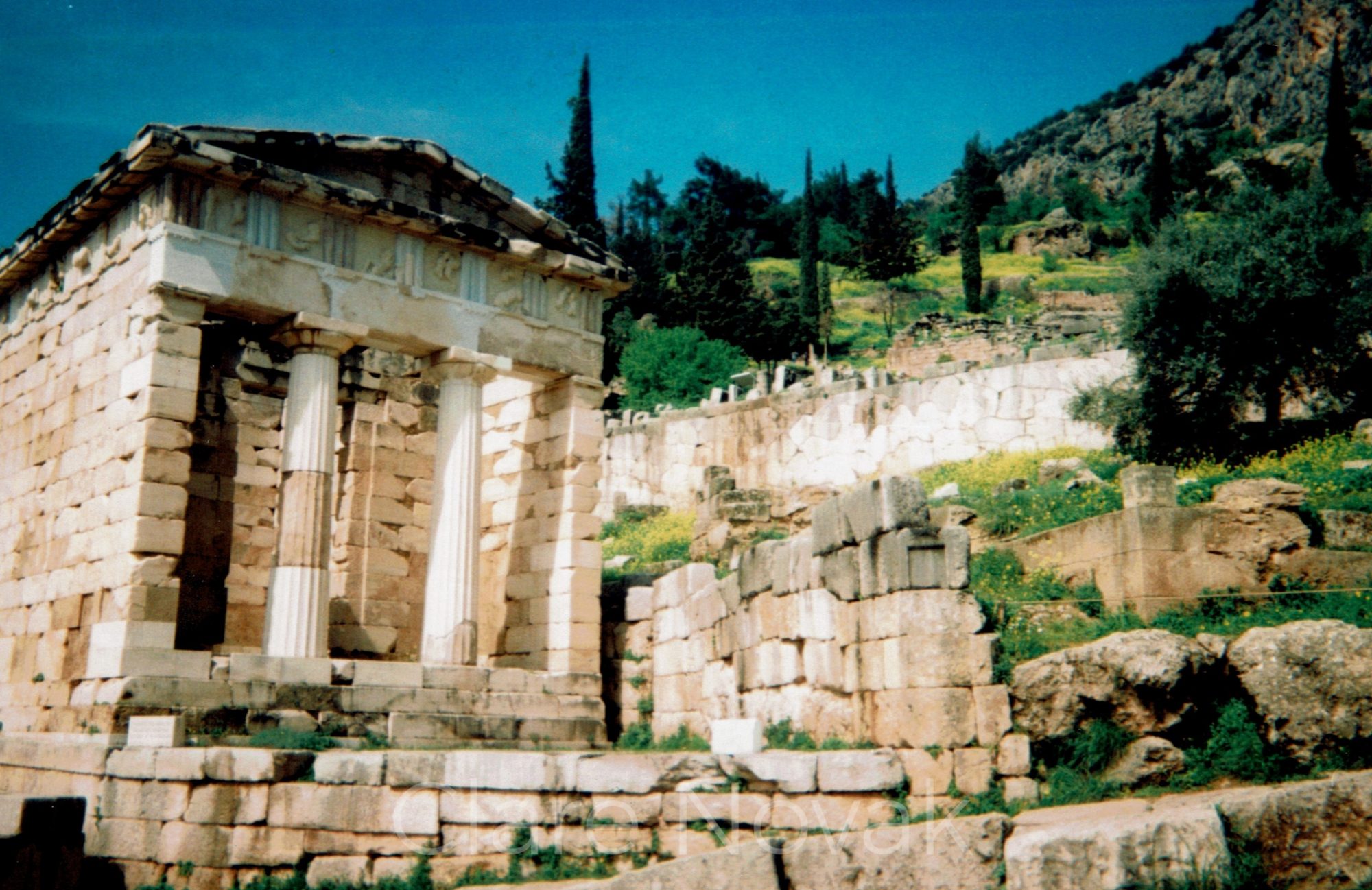 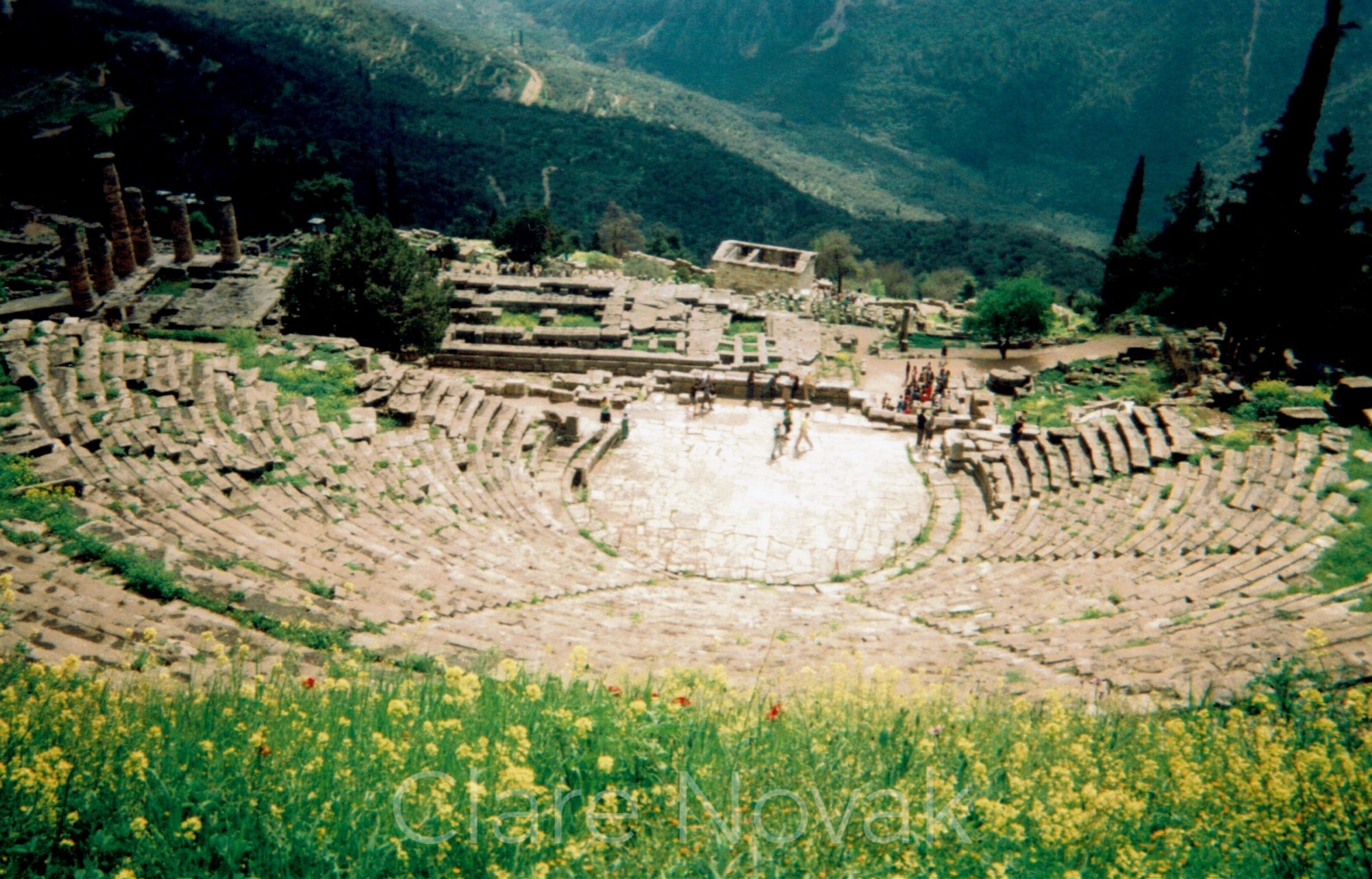 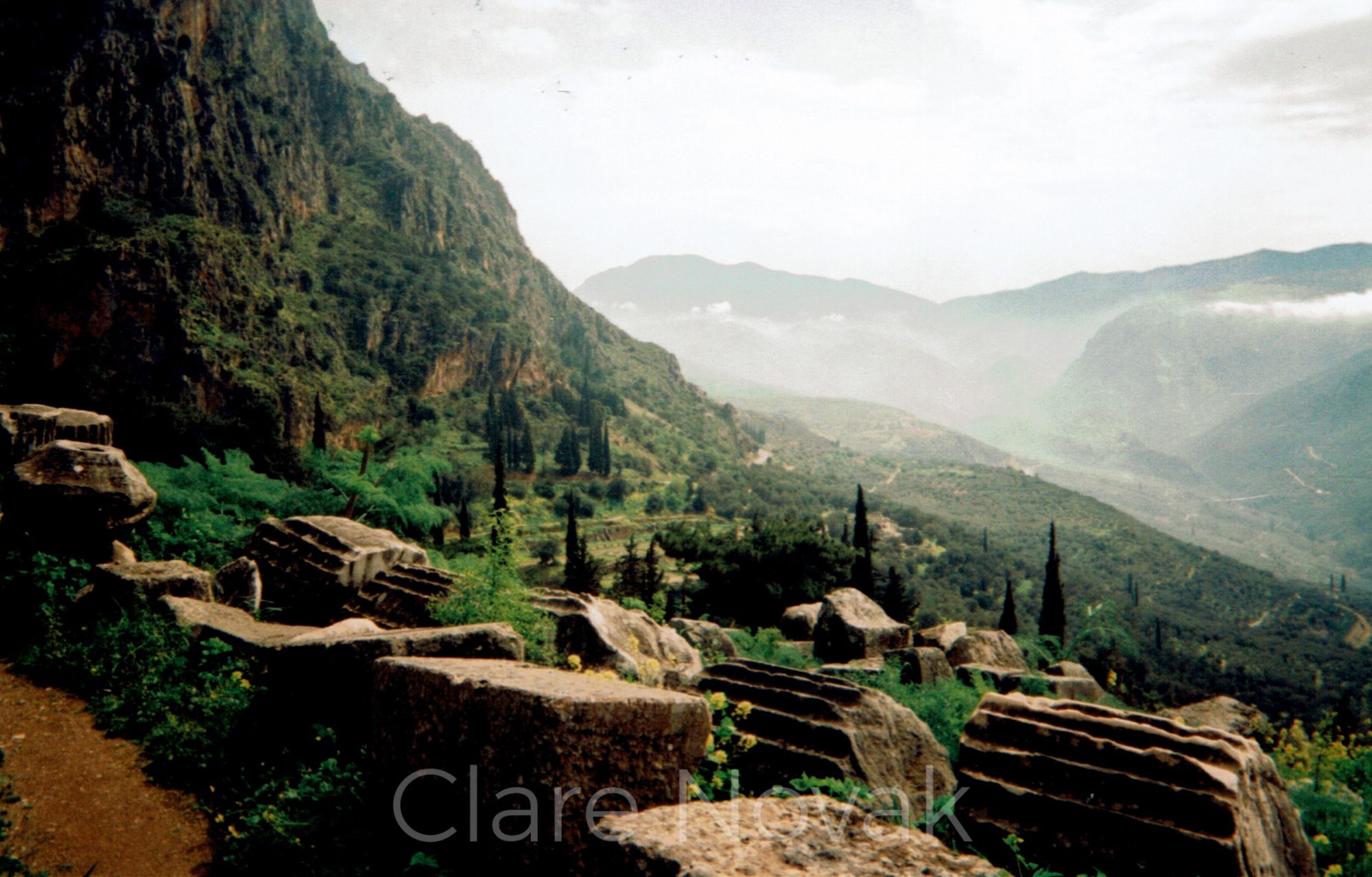 Greece is the one place where, having seen some, I wanted to stay and see more. Delphi is in the mountains near the center of Greece. Once the bus turned into the mountains, the view was breathtaking and grew more so as we climbed out of the rain and into the sunlit site of Delphi.

The museum at Delphi is delightfully spare having only the statues or pediments of a single temple in each room. Devoid of cases crammed with tiny artifacts, one could concentrate on the glory of the architectural element. Twin busts of Apollo and Artemis revealed a secret. The enigmatic smile on Artemis’ face suggests a woman who knew the secret of all those missing anatomical bits on male statues. And she’s never telling….