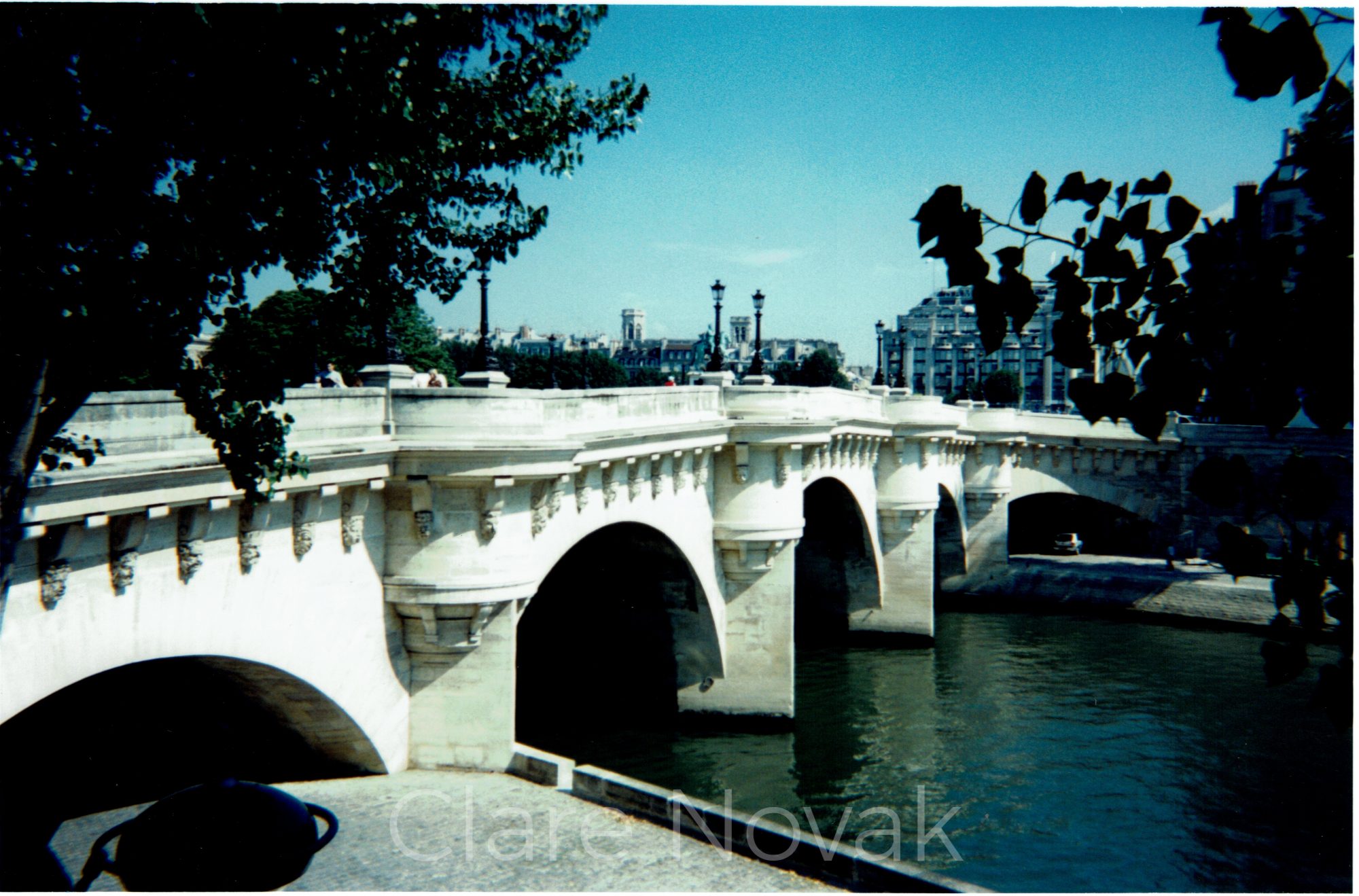 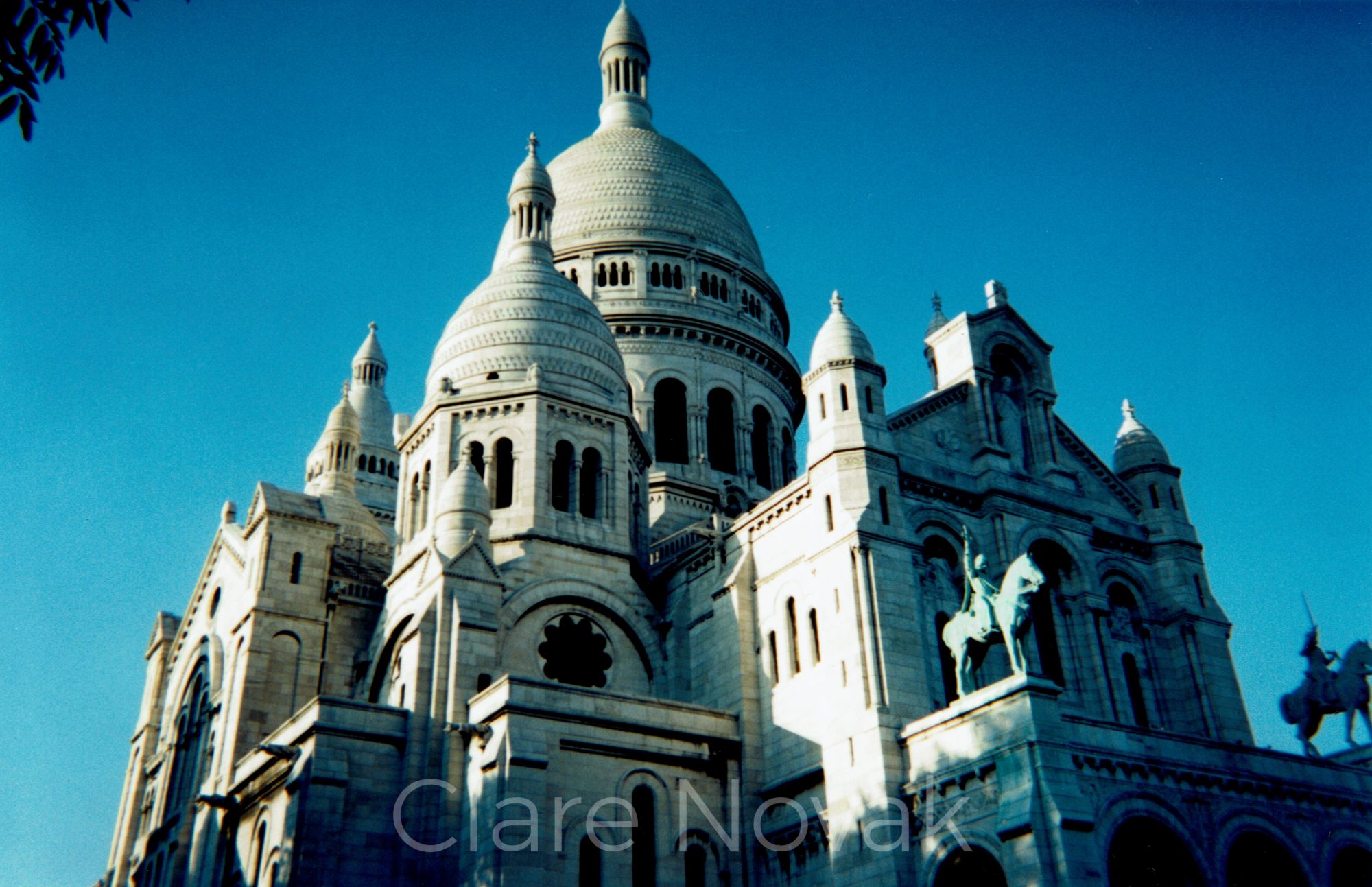 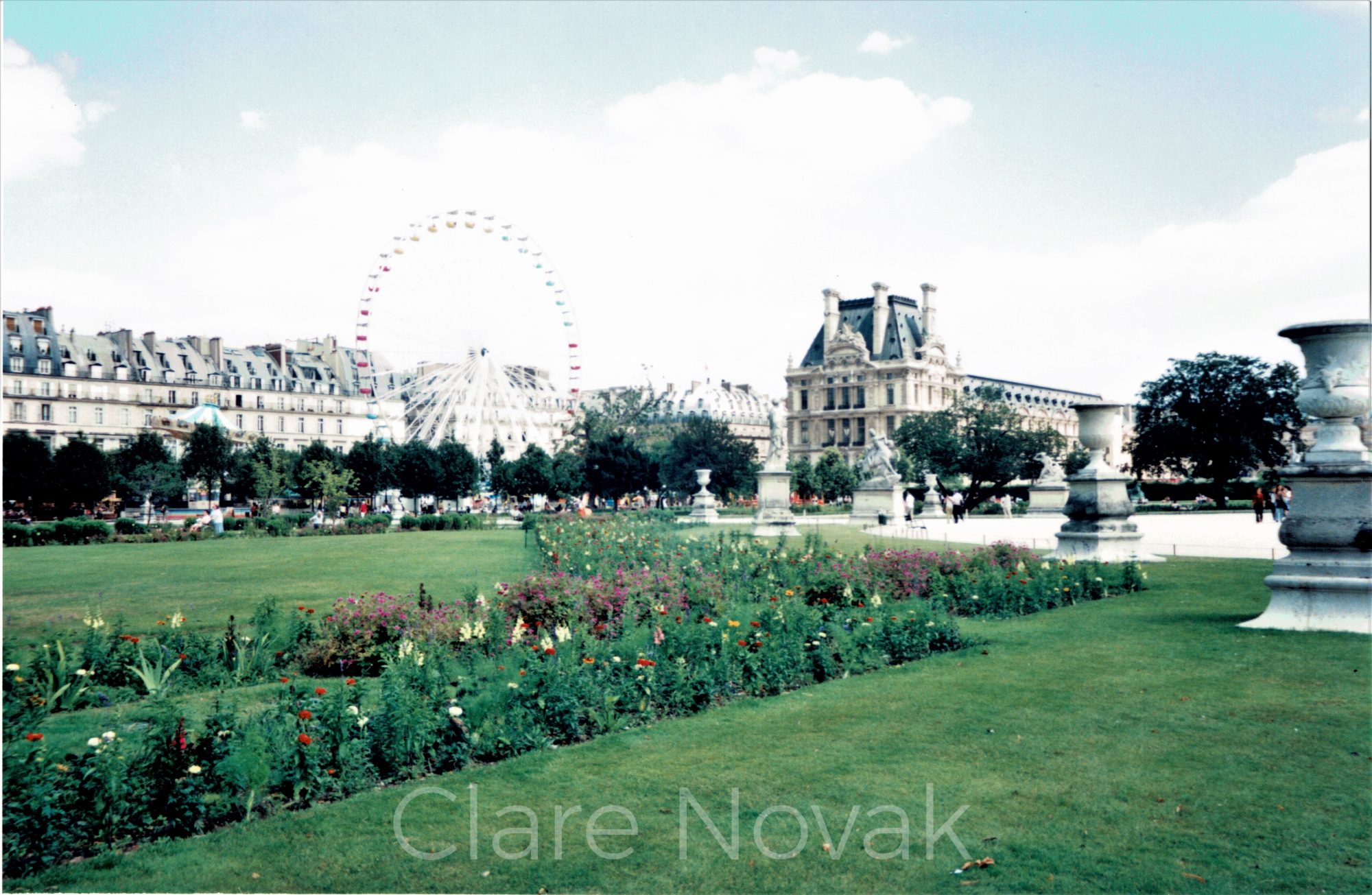 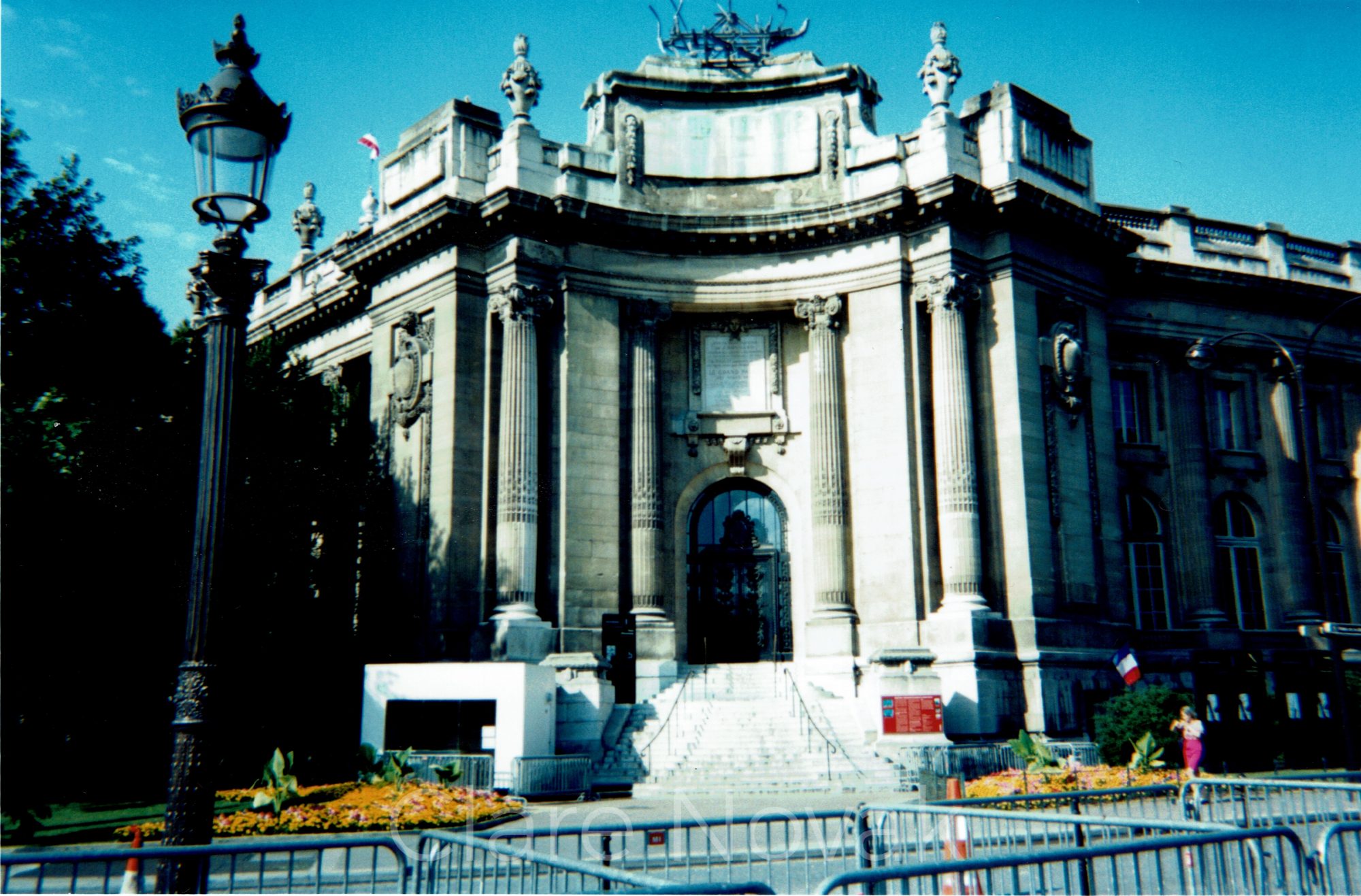 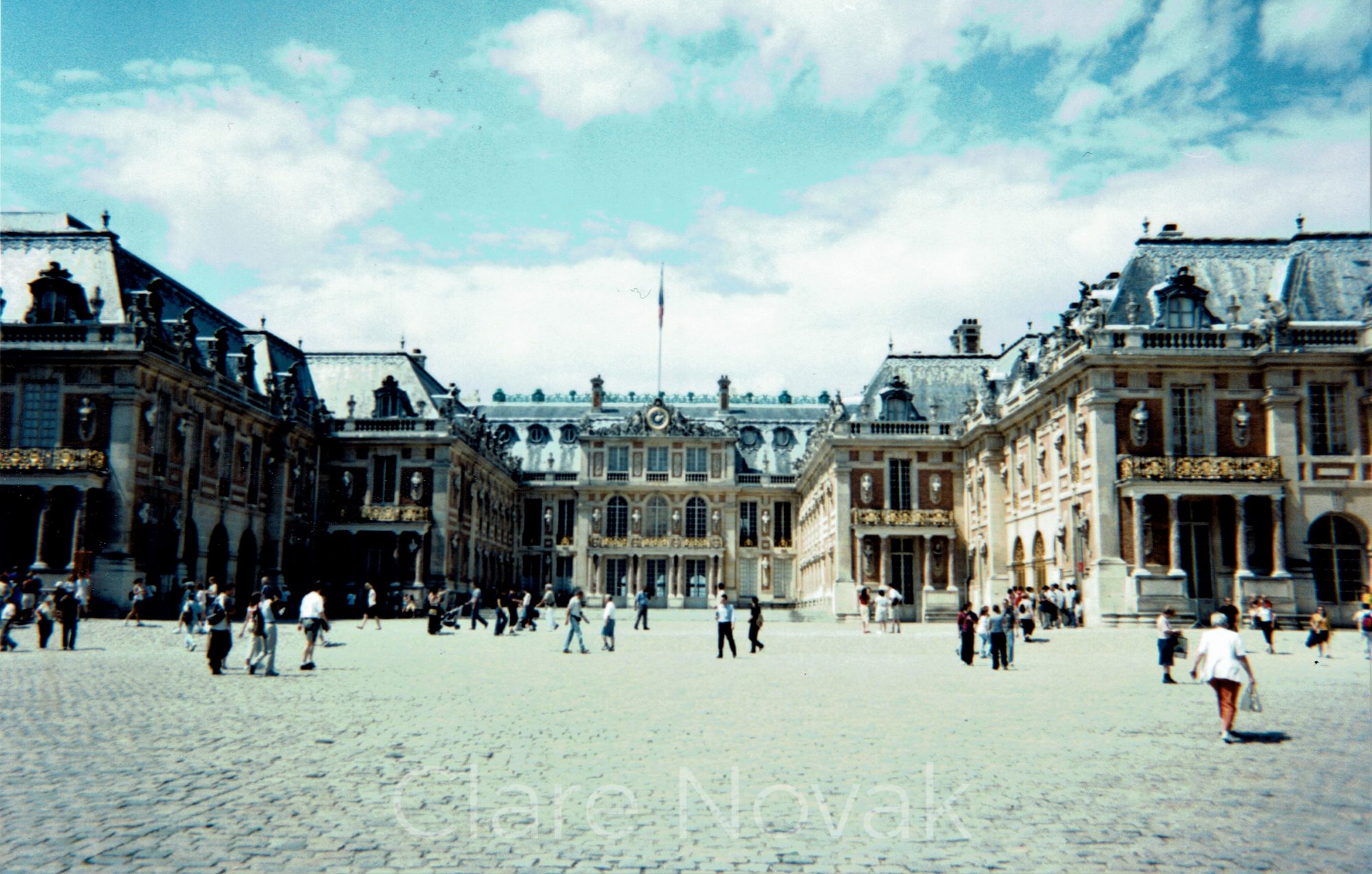 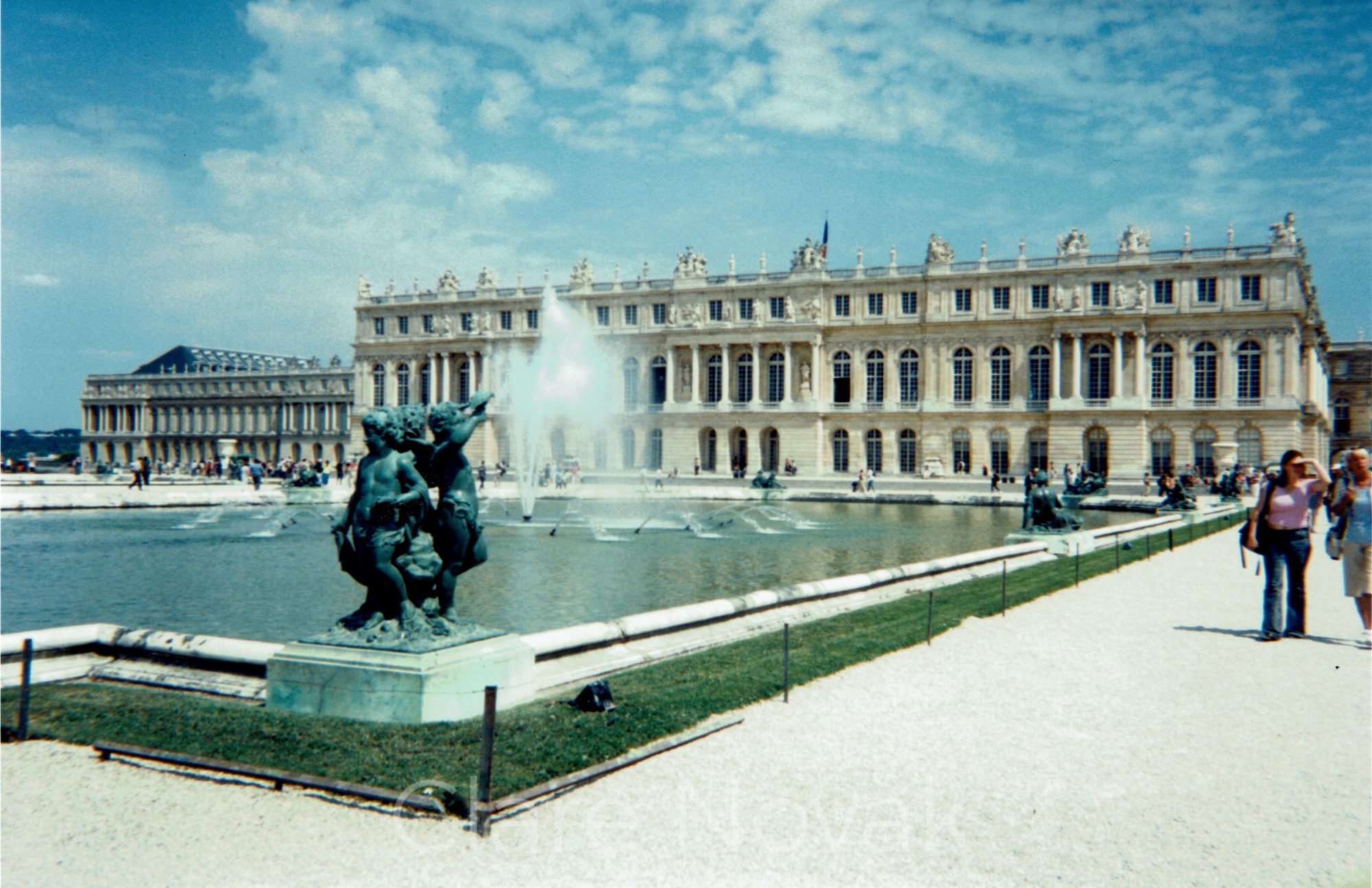 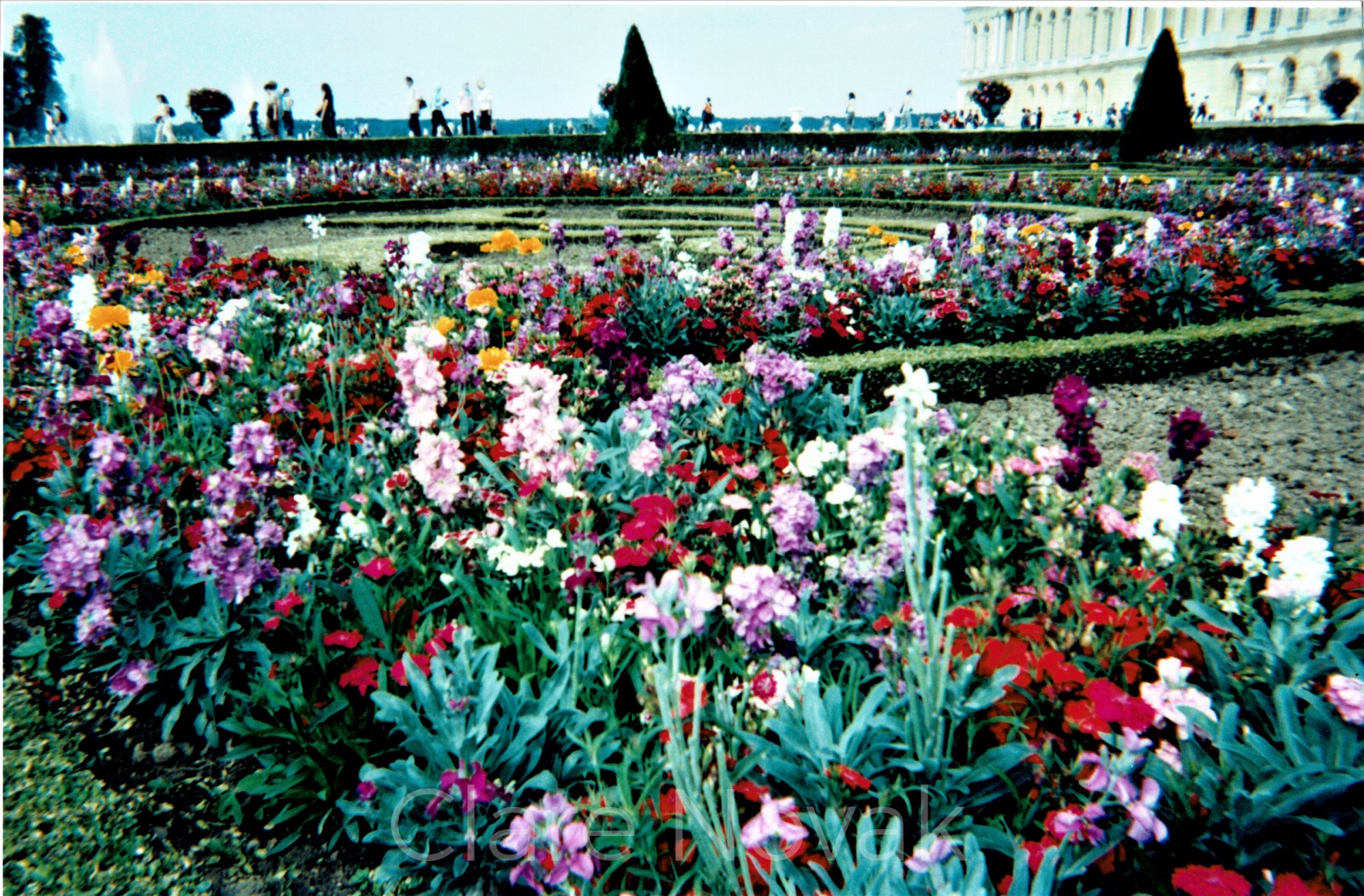 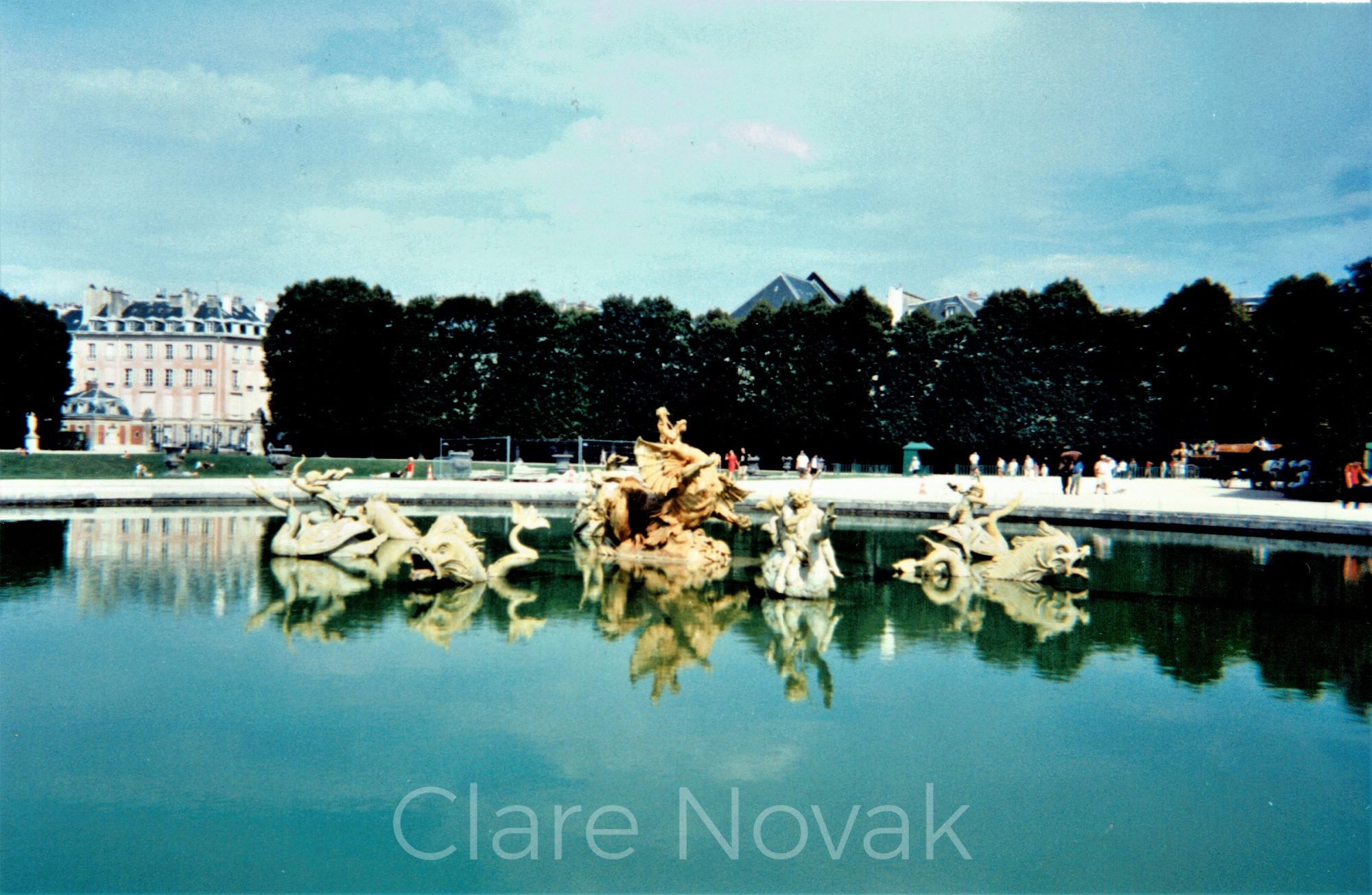 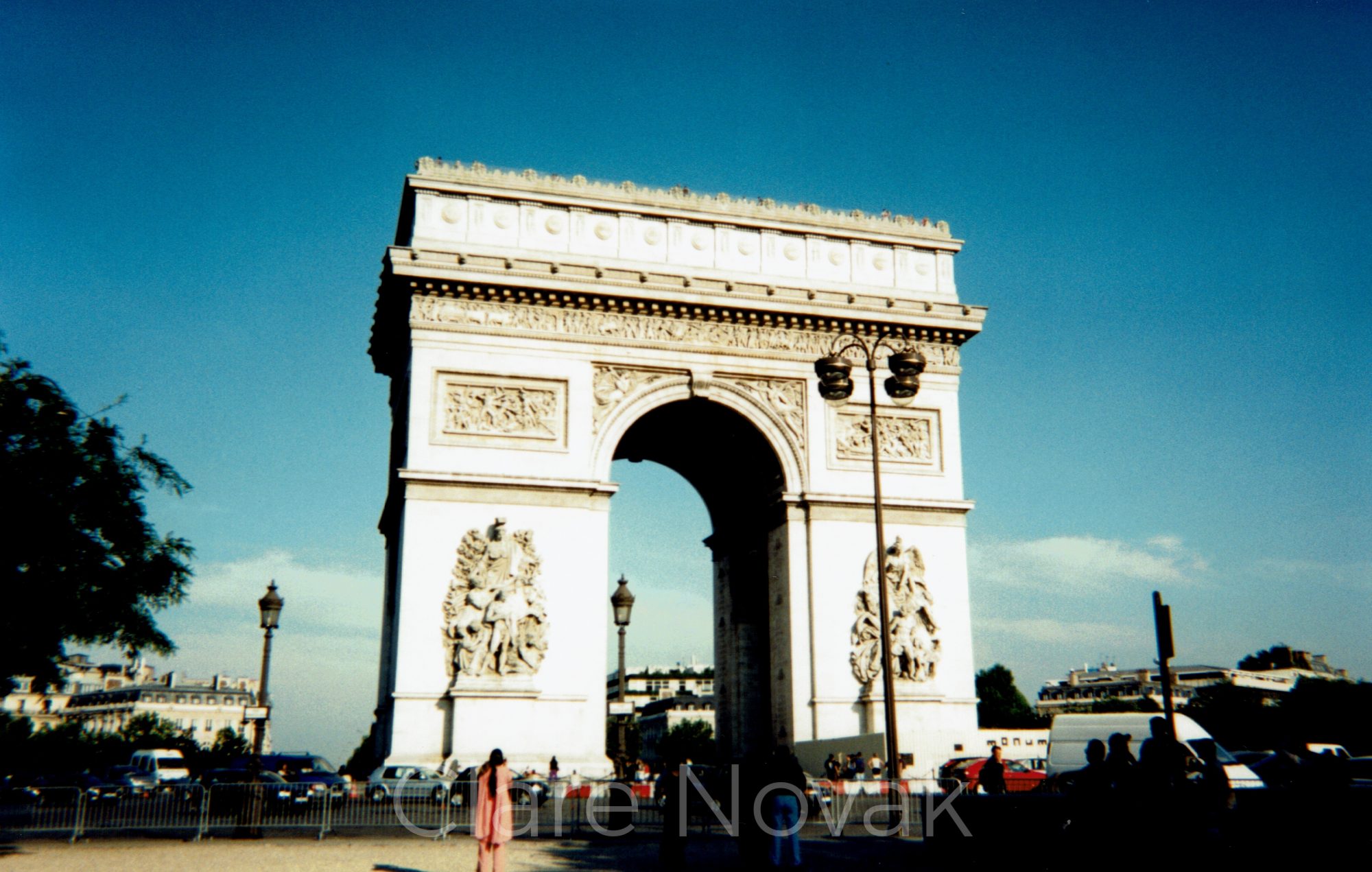 Since I had to get up at 4 am. I mostly dozed on the flight. Occasionally, I’d wake up and check progress on the map. I noticed that European cities were often named after condiments and cheeses, Dijon, Neufchatel, Brie….

It was nearly 3 pm by the time I arrived at my hotel. Being tired, grungy and hungry, I was rather prepared to dislike Paris. This was reinforced when the hotel was very different from advertised. It was not in Montmartre but rather “nearby.” It was not on a quiet street as advertised nor was the “lively commercial district” lively in a good way but rather seedy. In this “show me” mood, I took a friend’s advice and headed for Sacre Coeur and was instantly smitten with Paris.  Sacre Coeur is high up on Montmartre butte and has a sweeping view of the city. The church itself is quite beautiful as well. Not recalling whether my friend had recommended it, I paid the 5 Euros and climbed the narrow, stone, spiral stairs to the top of the church. Amidst the gargoyles and spires, blue skies and crisp air, I began to feel wonderful.

After the church I wandered Montmartre and was captivate by the narrow stone streets and charming building. This is the artist’s district and has a small square of vendors. It was wonderful just sitting with a glass of wine and watching the world go by.

Much of the charm of Paris is sitting with a glass of wine and watching the world go by in a beautiful place full of interesting people.  Lunch at a brasserie, dinner at Moulin de la Galette, breakfast in a park and watching a sunset over the Seine. There was simply no reason to dine indoors in the perfect evenings.

Wandering up and down, enjoying the wide boulevard and window-shopping for a place for dinner, I stopped to read the menu at L’Alsace. As I did, four Americans walked up.
“I don’t see a price fixed.”
“Here.”
“Well what comes with that?”
“I don’t care where we eat or what it costs, I’m hungry.”
“I’m not going back to that other place.”
“I’m not paying those prices.”

I’m leaving about this time. They convinced me I didn’t want to eat in their vicinity and left for Montmartre where I’d spotted a restaurant the day before. It was an excellent decision. Charming setting, excellent food and wine and for dessert, peach soup with rosemary.  Marvelous.

Paris delivers. The charm and grandeur you’re led to expect is there.  Simply describing the buildings wouldn’t do them justice. In every direction there is a building that grabs your attention and you think “What is that one?” The French have an unerring sense for creating vistas. So, it is not only the beauty and the enormity of a building like L’Invalides (Military Hospital) but the view of it from across the Seine, the gilt heroic statues on the pillars of the bridge, the expanse of lawn and the gold dome of the building itself. Nothing is small in Paris. Napoleon’s tomb is in L’Invalides. For a small man, it is quite a large tomb. A huge red marble sarcophagus set in an even larger round chamber surrounded by statues of the virtues. If you don’t practice them while you’re living, you may as well surround yourself with them when you die.
The military museum is also in L’Invalides and wandering through on a curiosity, I discovered that the weapons, armor and costumes of the wealthy military were quite beautiful. The decoration and gemstones decorating them were quite impressive. The mamelouk horse armor given to Napoleon when he defeated Egypt was silver embroidered cloth encrusted with inch long ovals of carnelian and lapis lazuli, I’d guess several hundred of each.

Notre Dame had the best stained-glass windows and the most gemstones per square inch in the small museum of clerical accoutrements. I could be content with just one of the emeralds or rubies or egg size amethysts what adorned the bishops’ rings.

And there’s so much more. The Musee d’Orsay had incredible artwork and captivating art nuveau furniture. So many wonderful things.

On a whim, I decided to take the train to Versailles on Saturday afternoon. It was simple enough and only about 20 minutes away. A mere three-minute walk will get you from the train station to the palace and another 45 minutes will get you through the ticket line. However, you won’t be bored standing in line, you’ll be stunned senseless by the shear enormity of the place and all you’ve seen so far is the front entrance to the place.

The Grande Apartments and the Hall of Mirrors are a monument to decadence and effusive decorating. Gilt, fabric covered walls, vaulted and painted ceilings, crystal chandeliers, many colored marbles, and a view to die for.

With all that the palace itself offered, it was the gardens that took my breath away. There were acres of vistas with devotion in every planting. The harmonies of color and height were perfect in each and every flowerbed. Every pathway led to a fountain, unique from the others. No picture you will ever see can give you the impact of the gardens themselves. I was in tears for it as I thought about the wealth it took to create such a place and that it was only for the chosen few. Such a trade off, inestimable beauty for crushing taxes and starving people. There are reasons for rebellions.