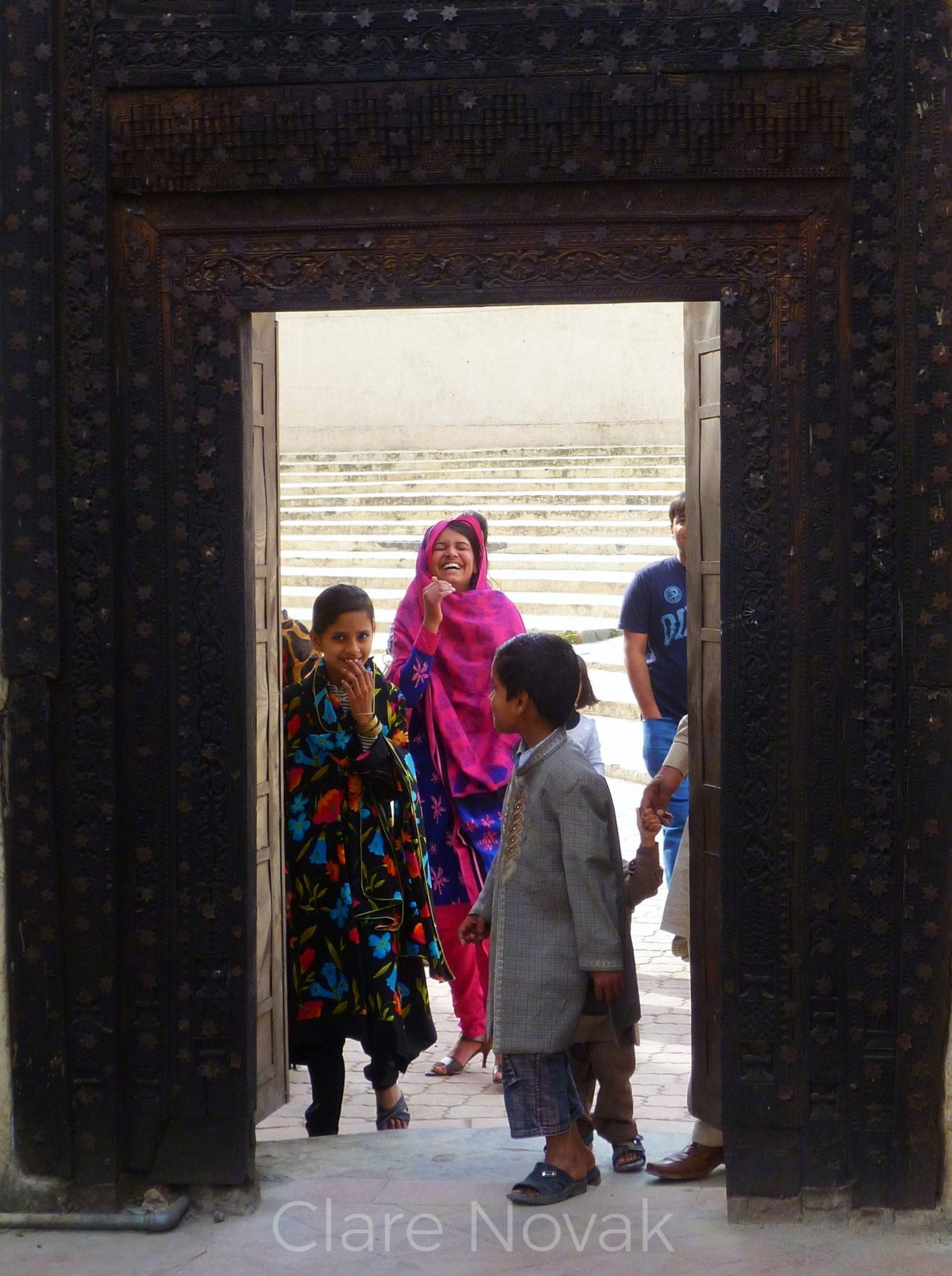 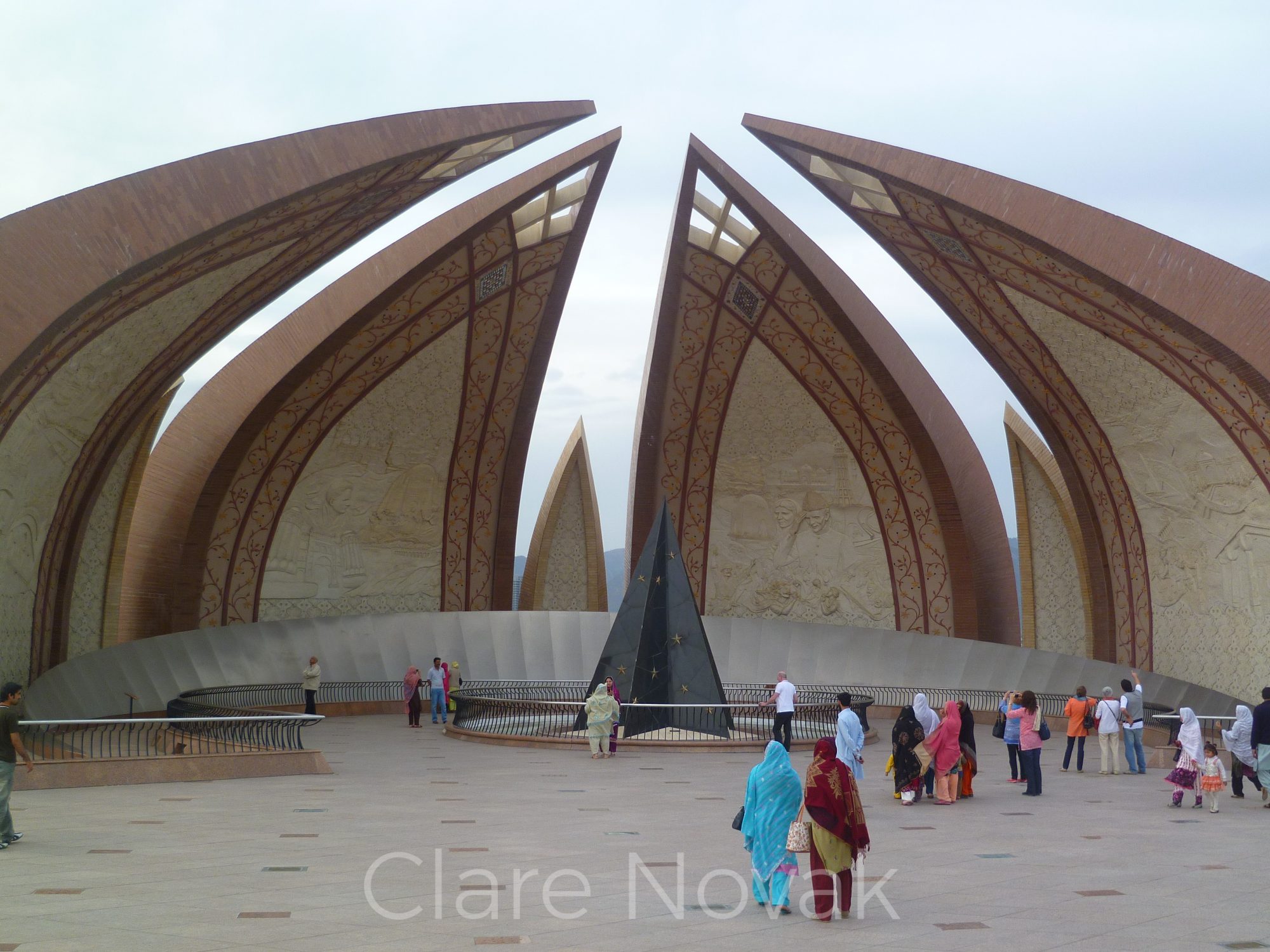 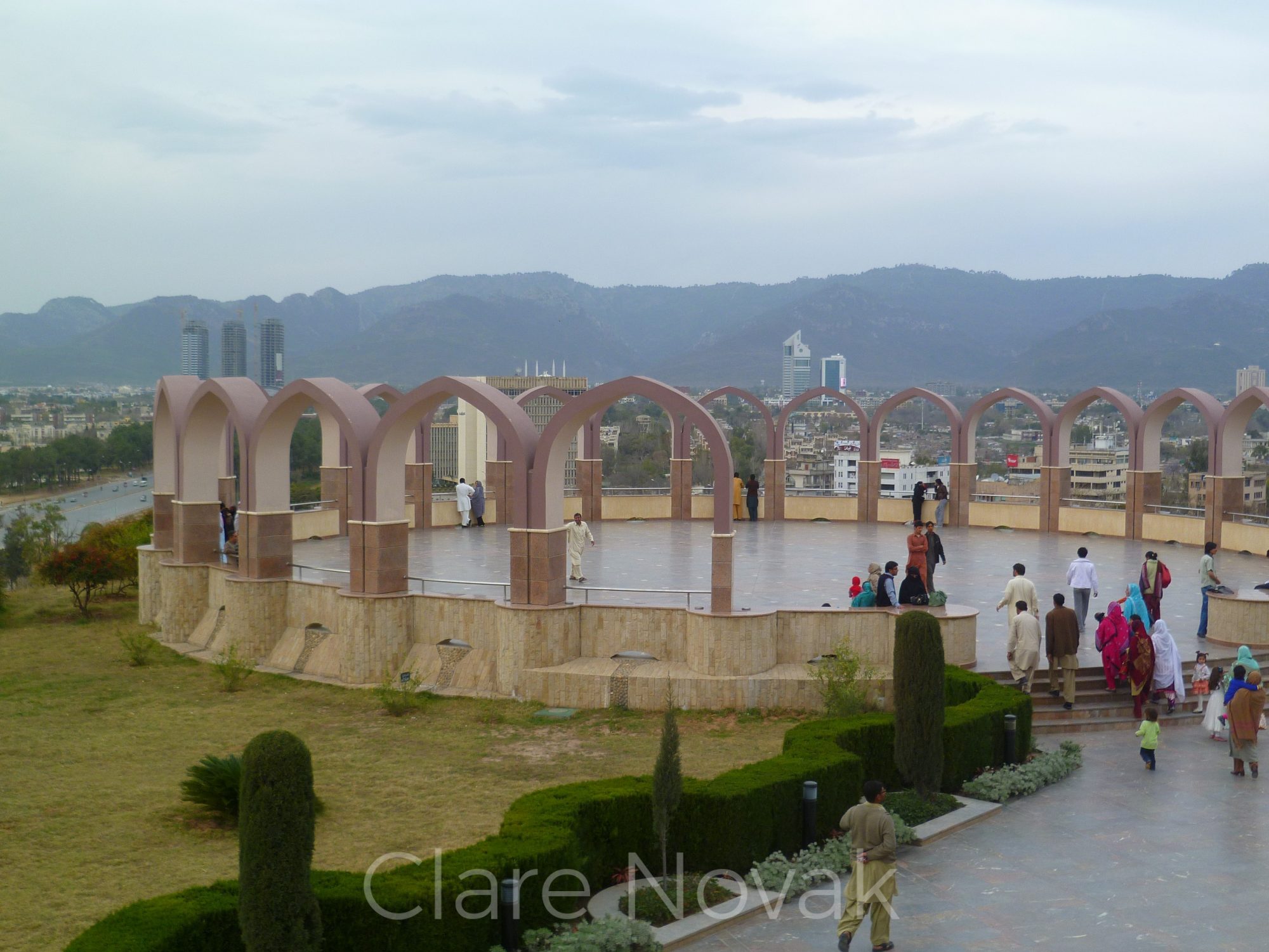 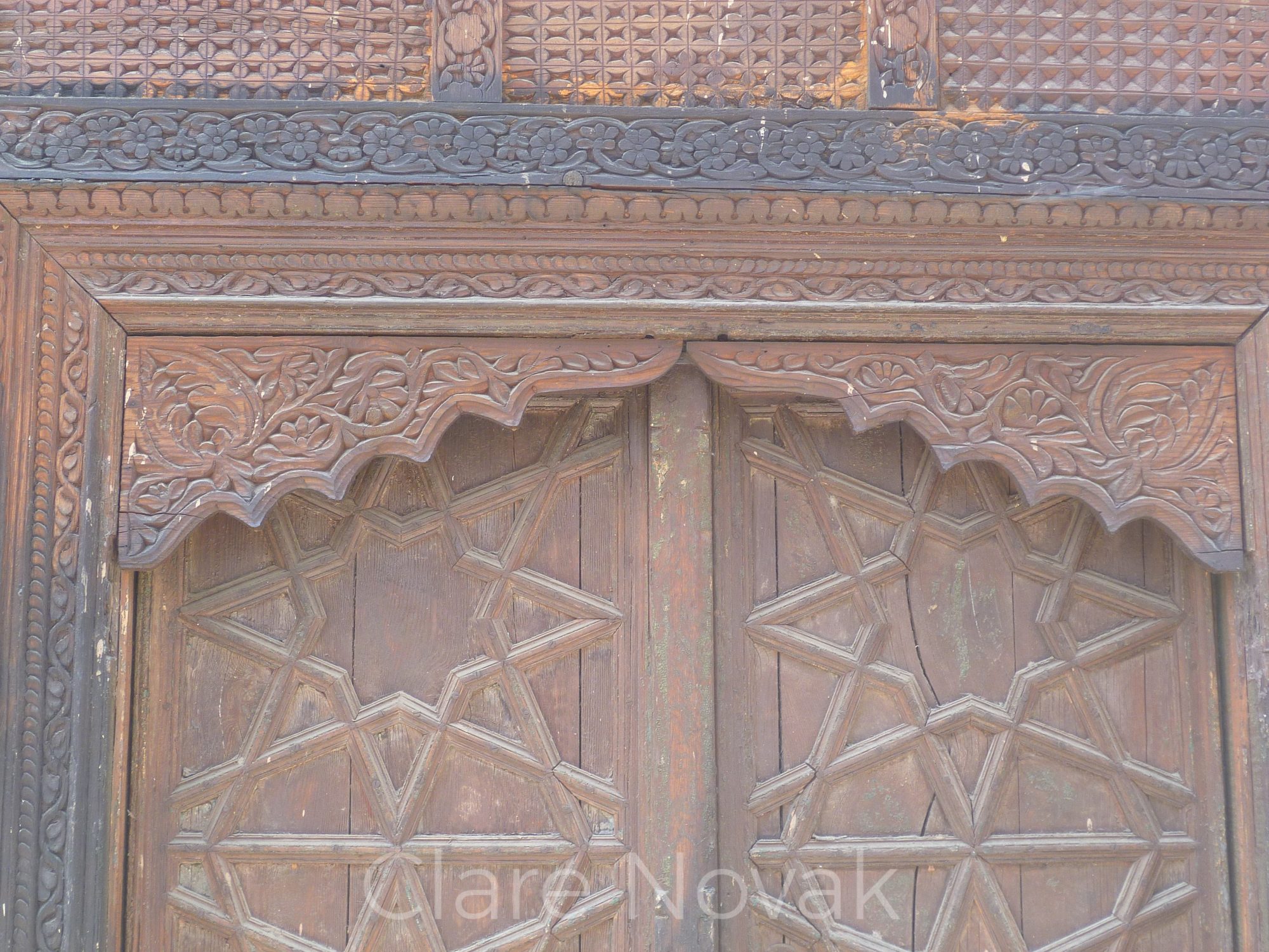 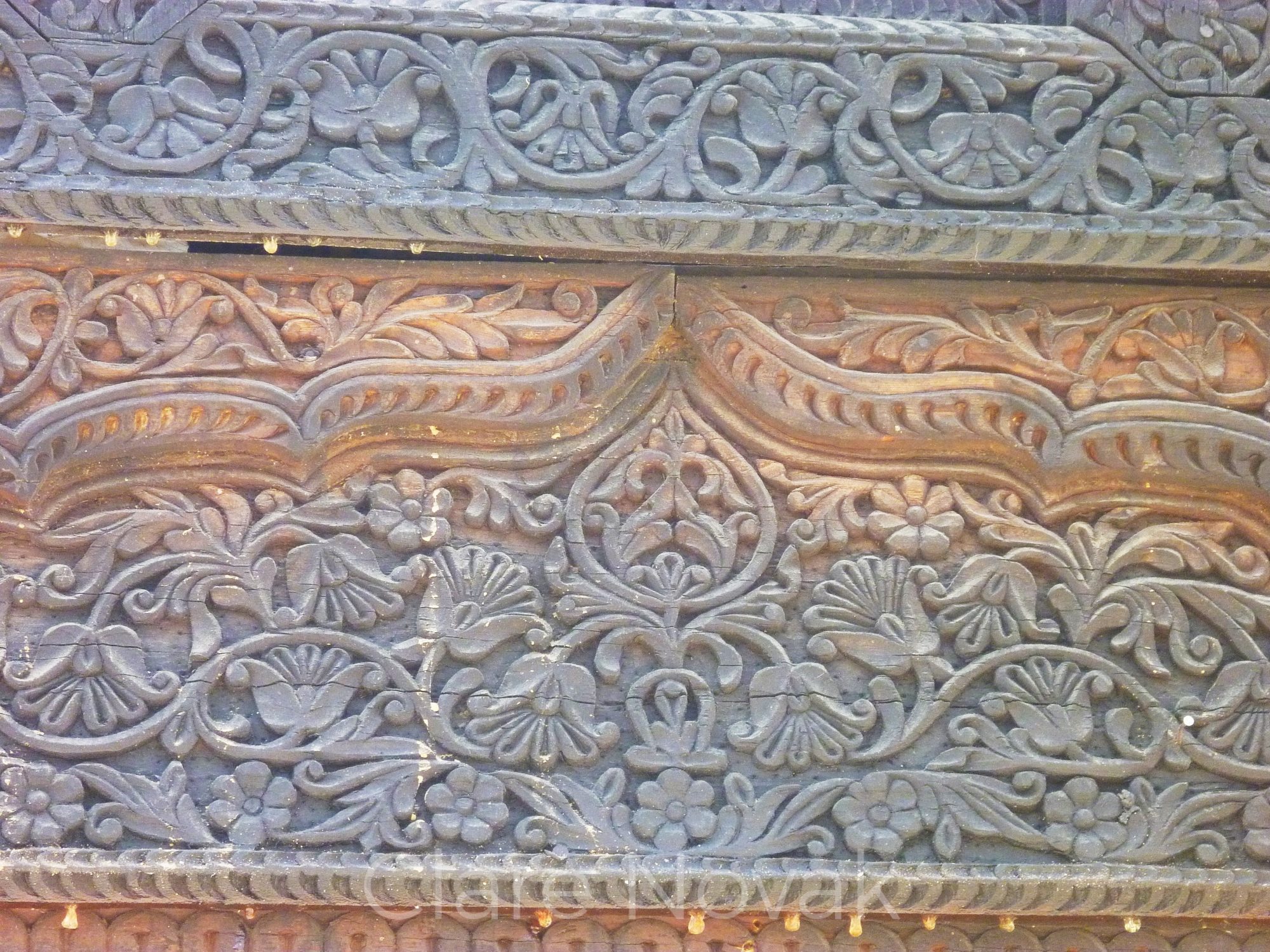 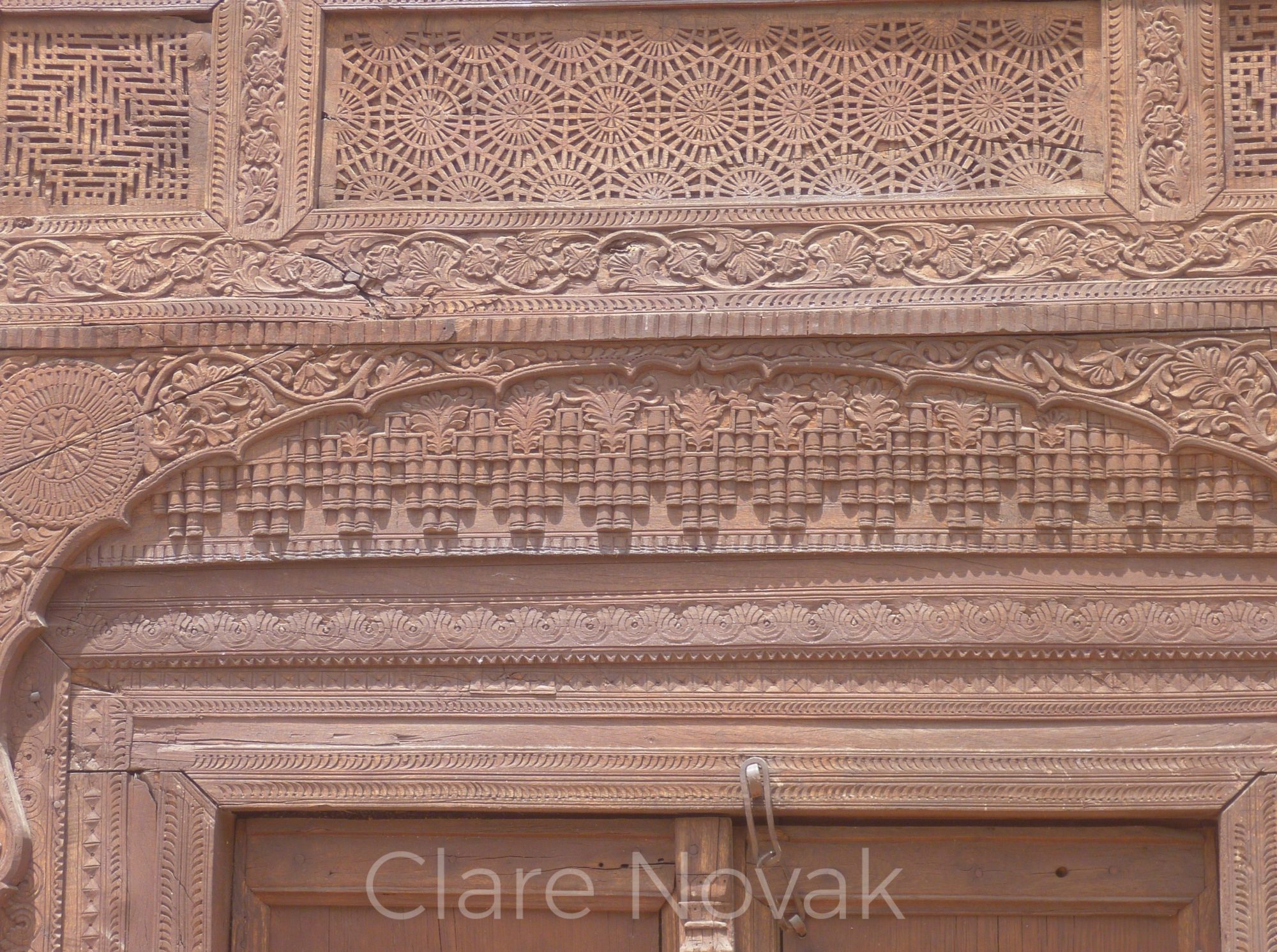 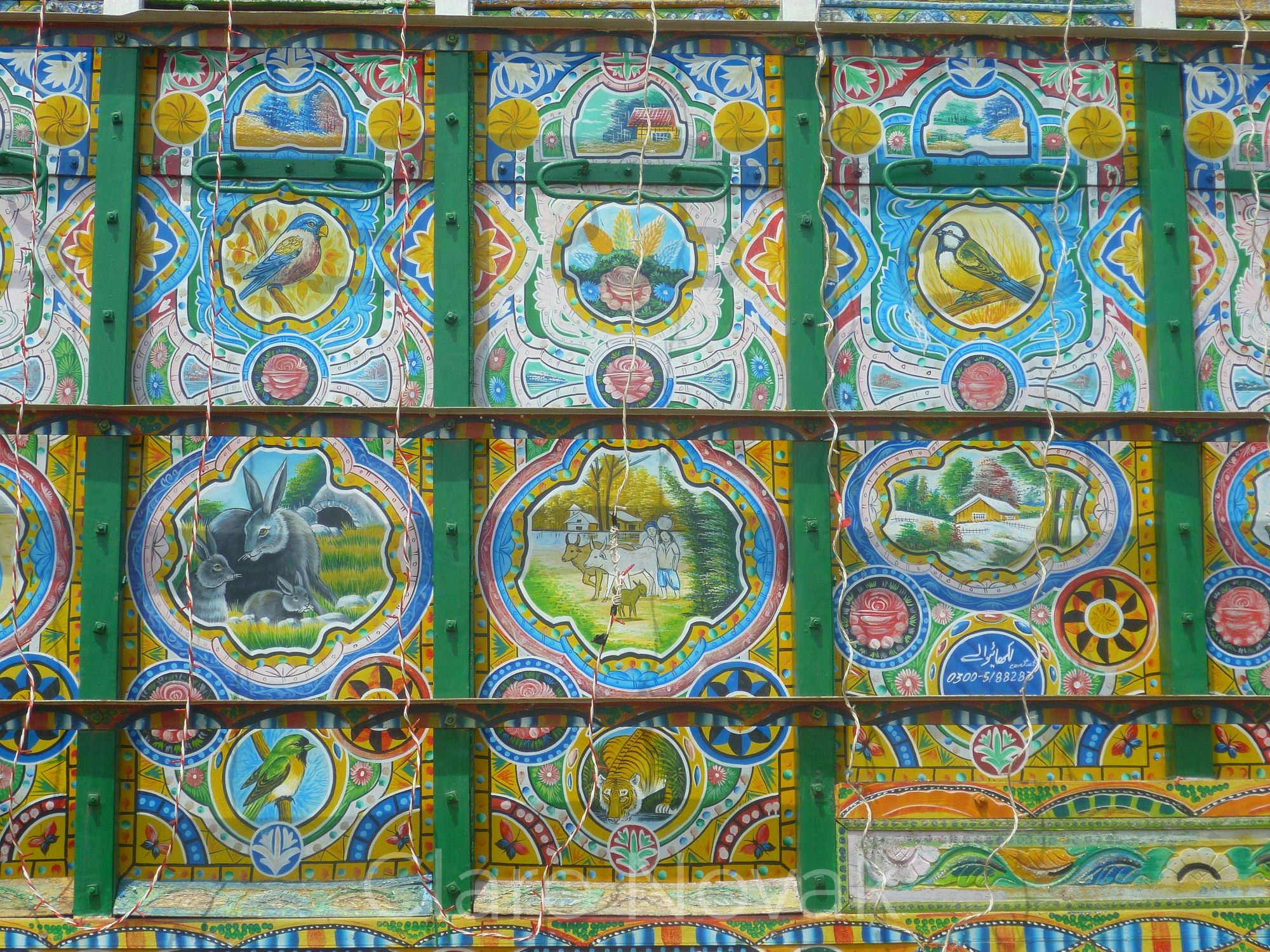 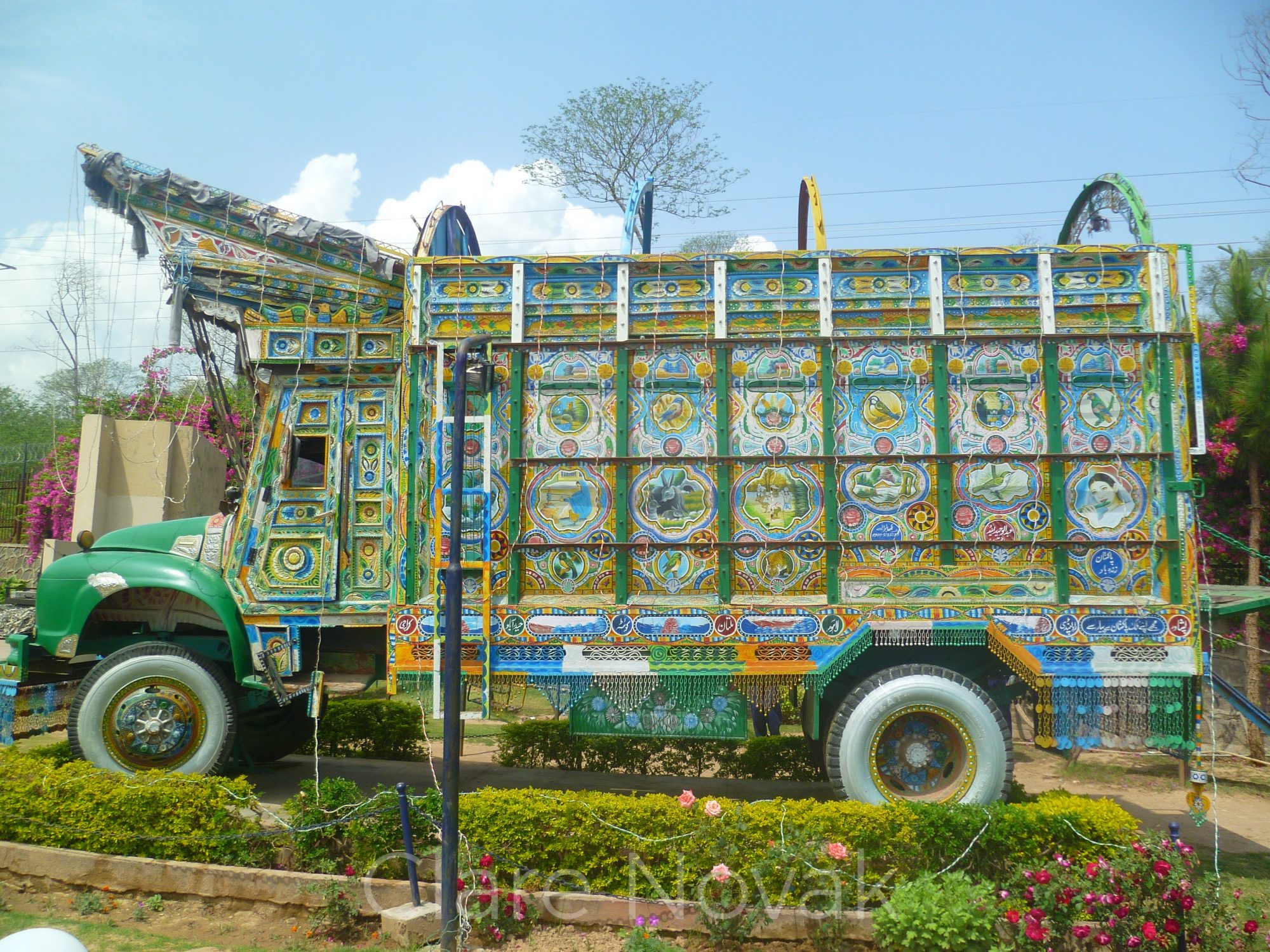 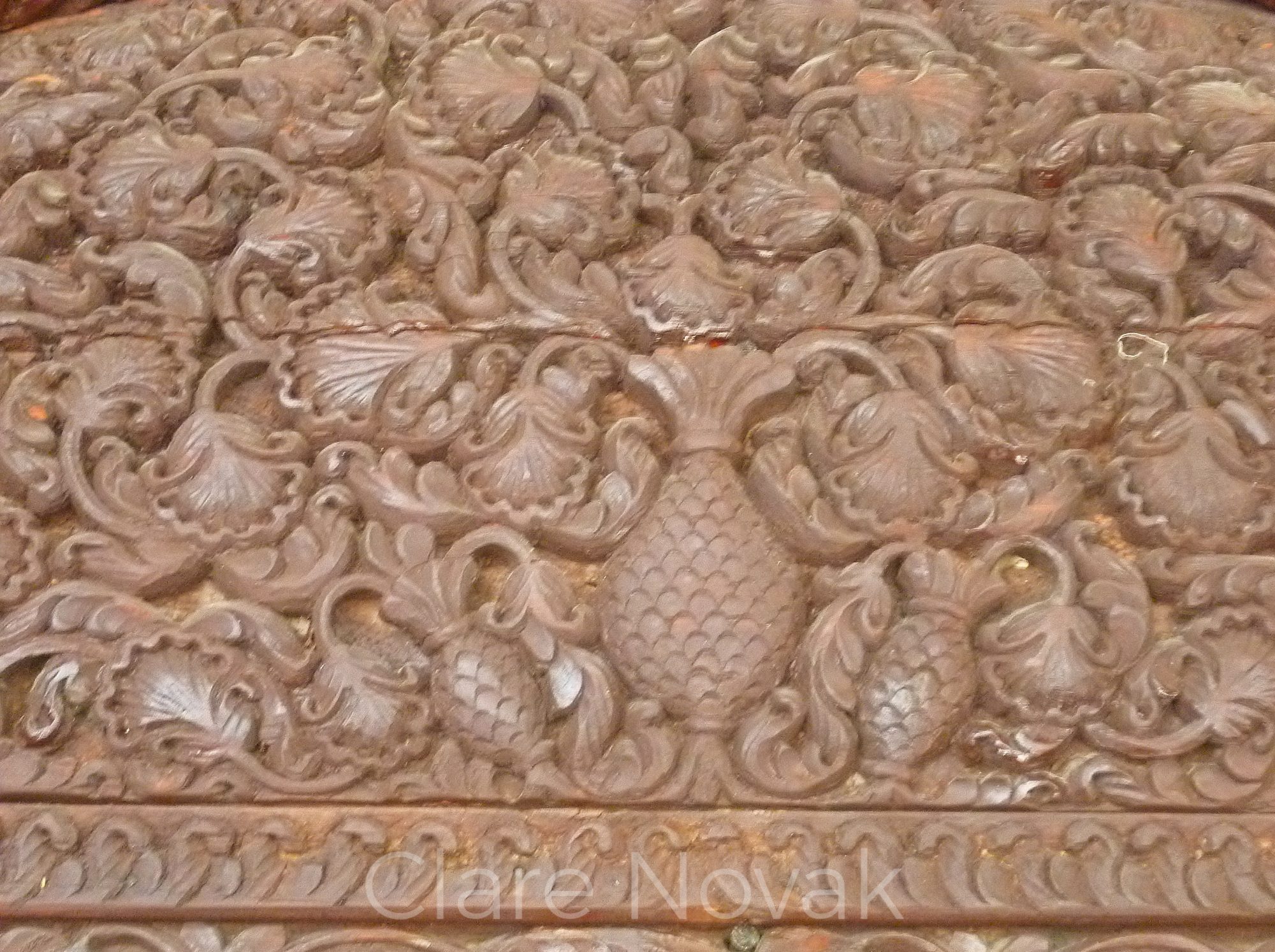 Virsa Lok, proved an interesting experience. One follows the white marble road to weave in and out of the cultural exhibits that shift from regional lifestyles to various arts. There was so much more than it appeared from the outside.  There was one small copper bowl that I would have smuggled out if I could. It was simply sitting there being beautiful, where I could reach out and touch it. There were other lovely pieces though only a few I’d want to own, most were too, too much, too overdone, too, too. One too many colors, one too many golden threads, one too many patterns, just that much too much for me.

At three, the museum lost power in a scheduled load shedding and so we had to leave before we saw all the exhibits. We got our cameras from the car and wandered the little market. One artist had a unique craft. He used tree gum to outline a pattern and then he covered that pattern with glitter. The tracings were delicate and beautiful. Both R and I bought table runners. It was the first truly unique thing we’d seen.

While we were wandering the market and taking photos of the intricately carved doors that had been rescued and brought to the museum grounds, there was a teen age girl with her family. She noticed me taking photos and struck a pose. I snapped her picture and she giggled and I snapped a second as she did. That is the photo to treasure.

After leaving Virsa Lok it was clear we did not have time for a second museum but we asked to go to Zero Point but Ashfaq took us to the Petal Monument for a view of the city. It is indeed a grand view and would have been even grander had the sky cooperated, but it decided to be gray and cloudy.