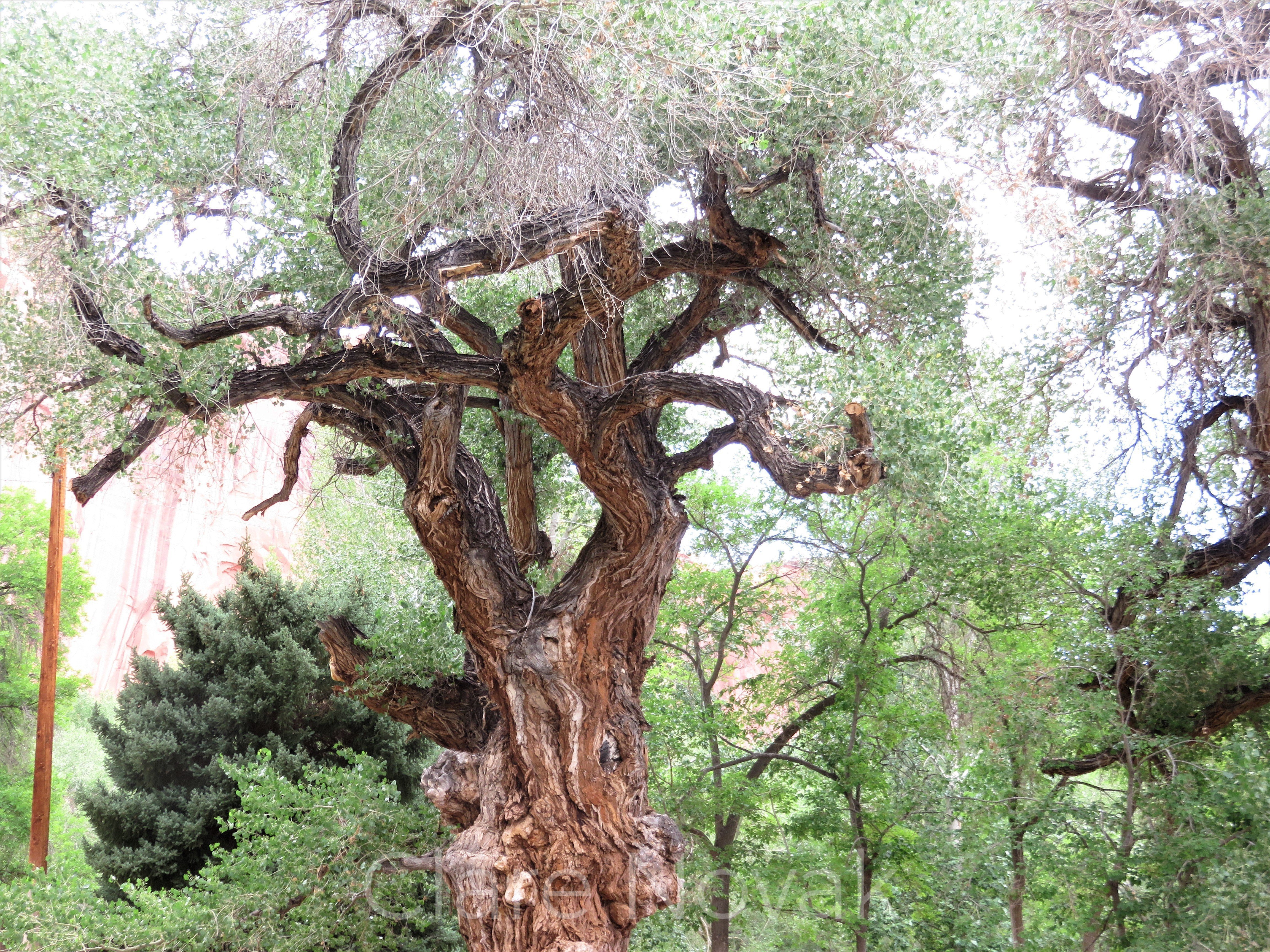 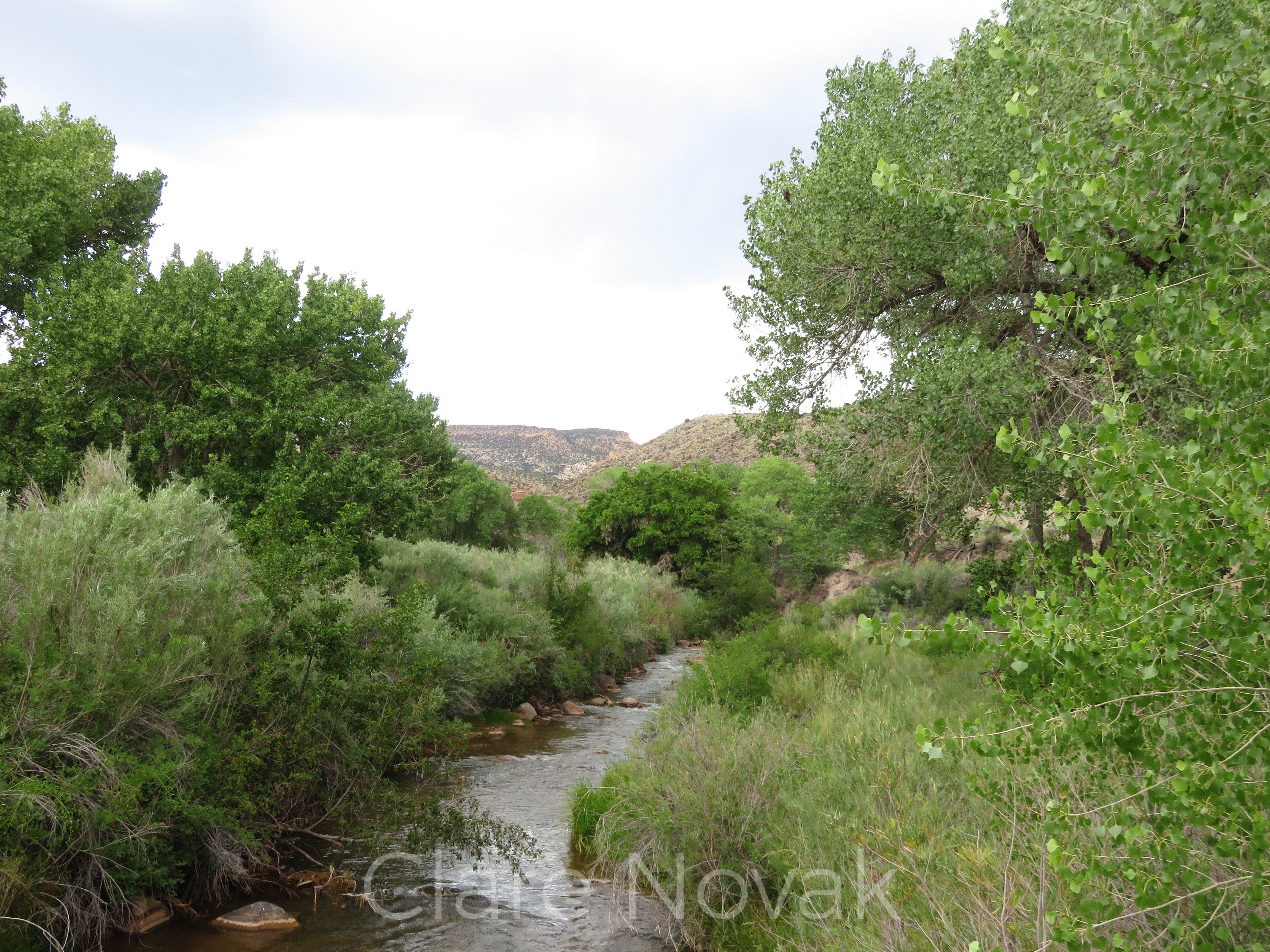 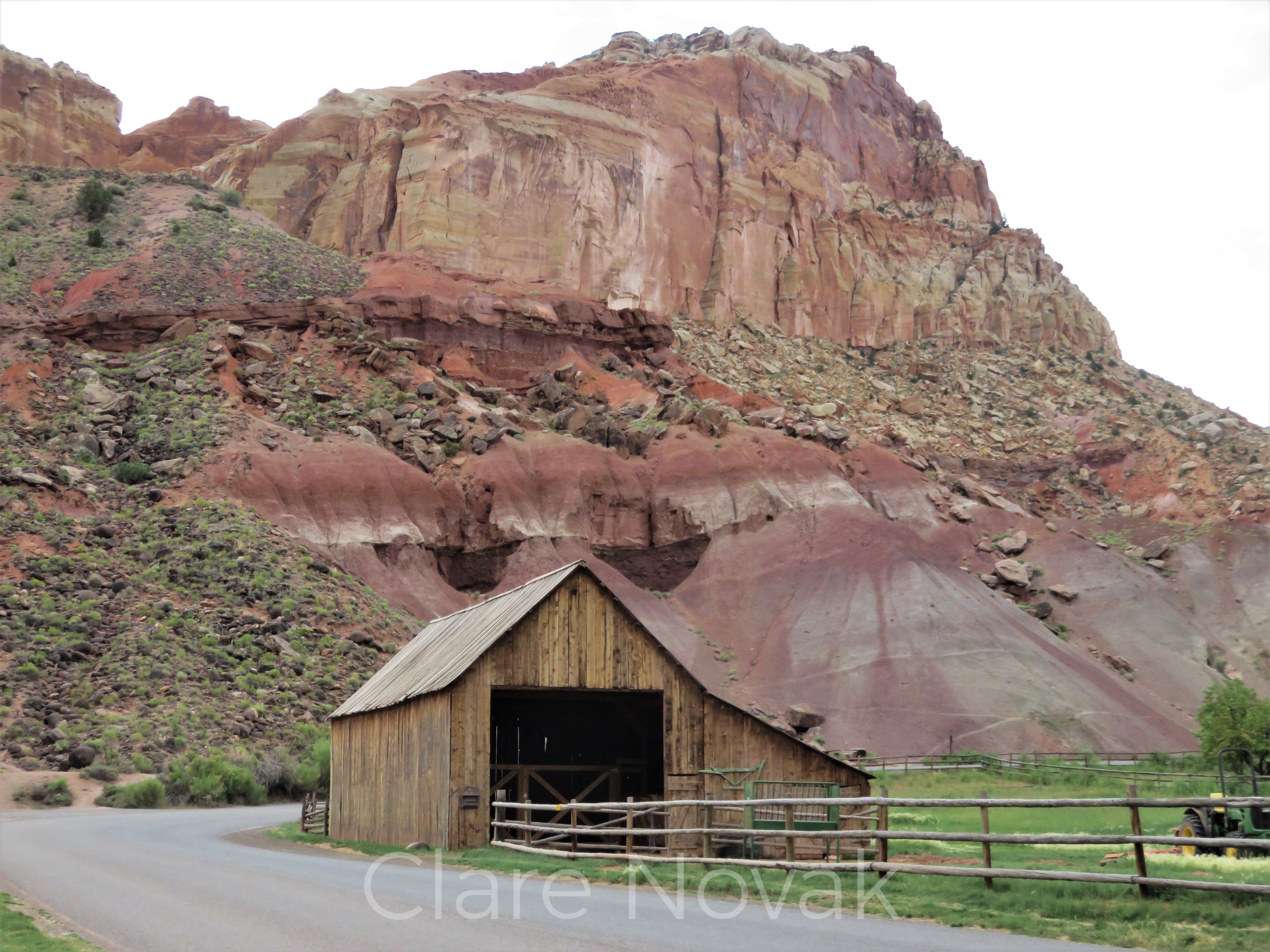 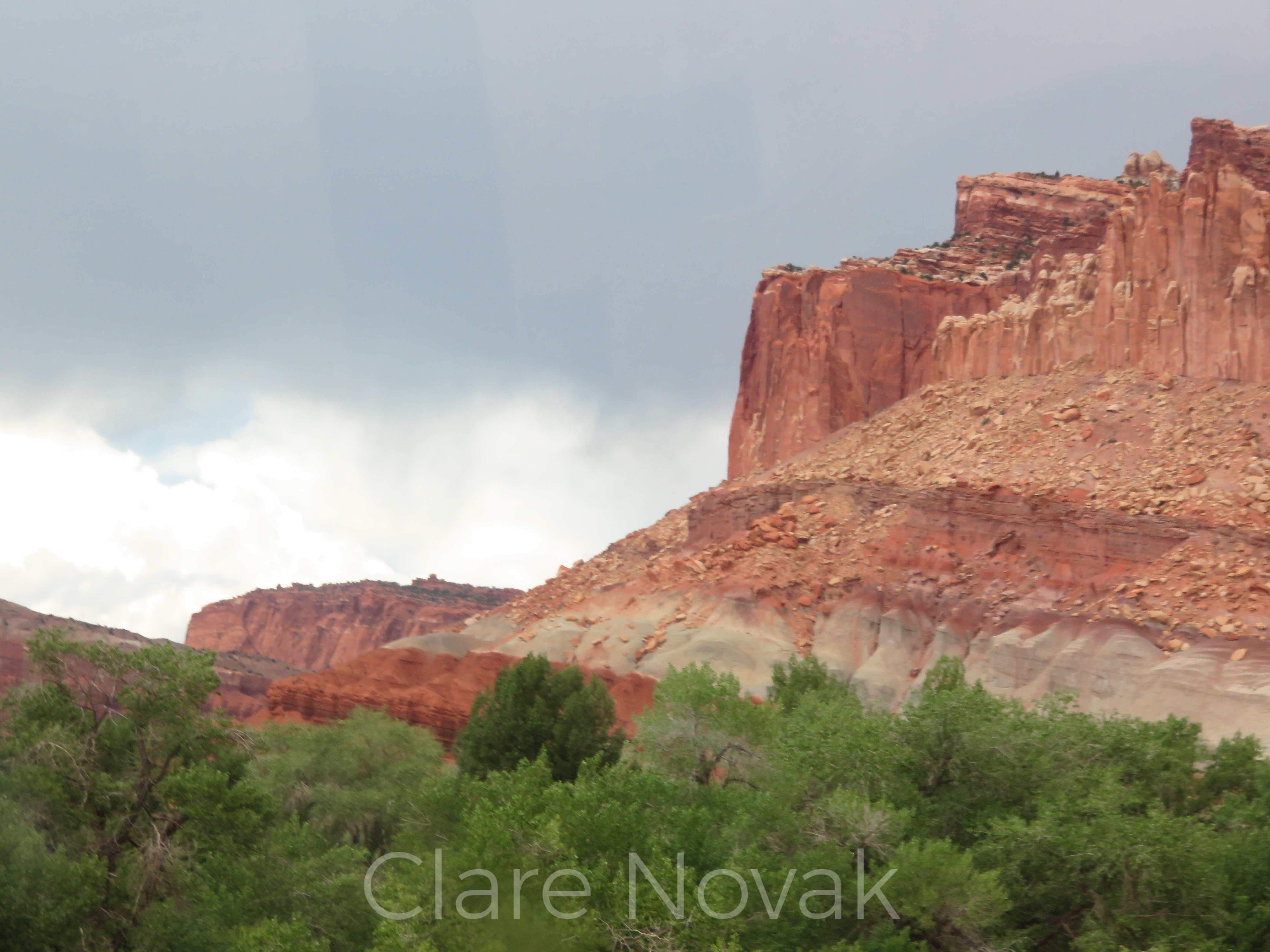 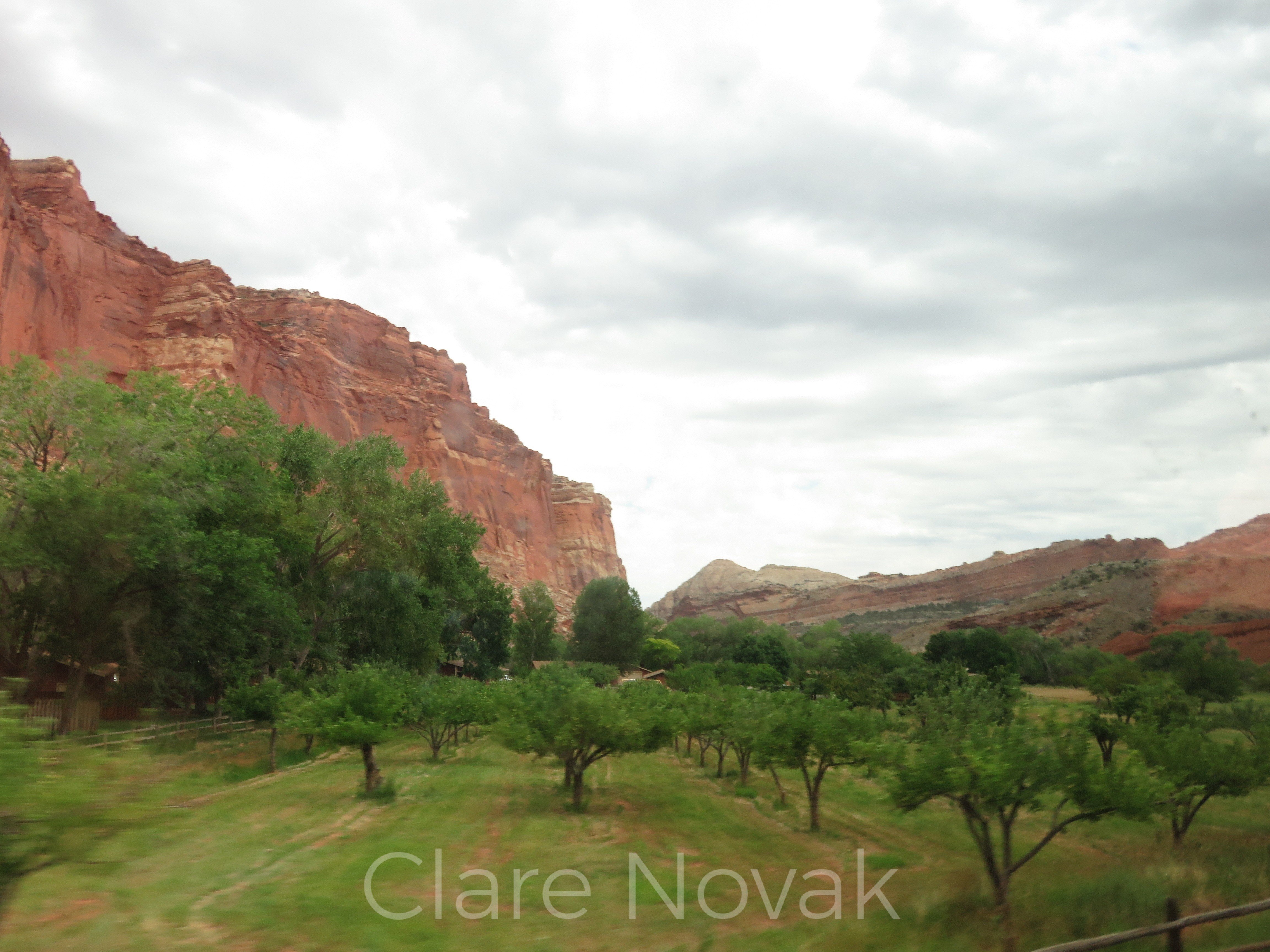 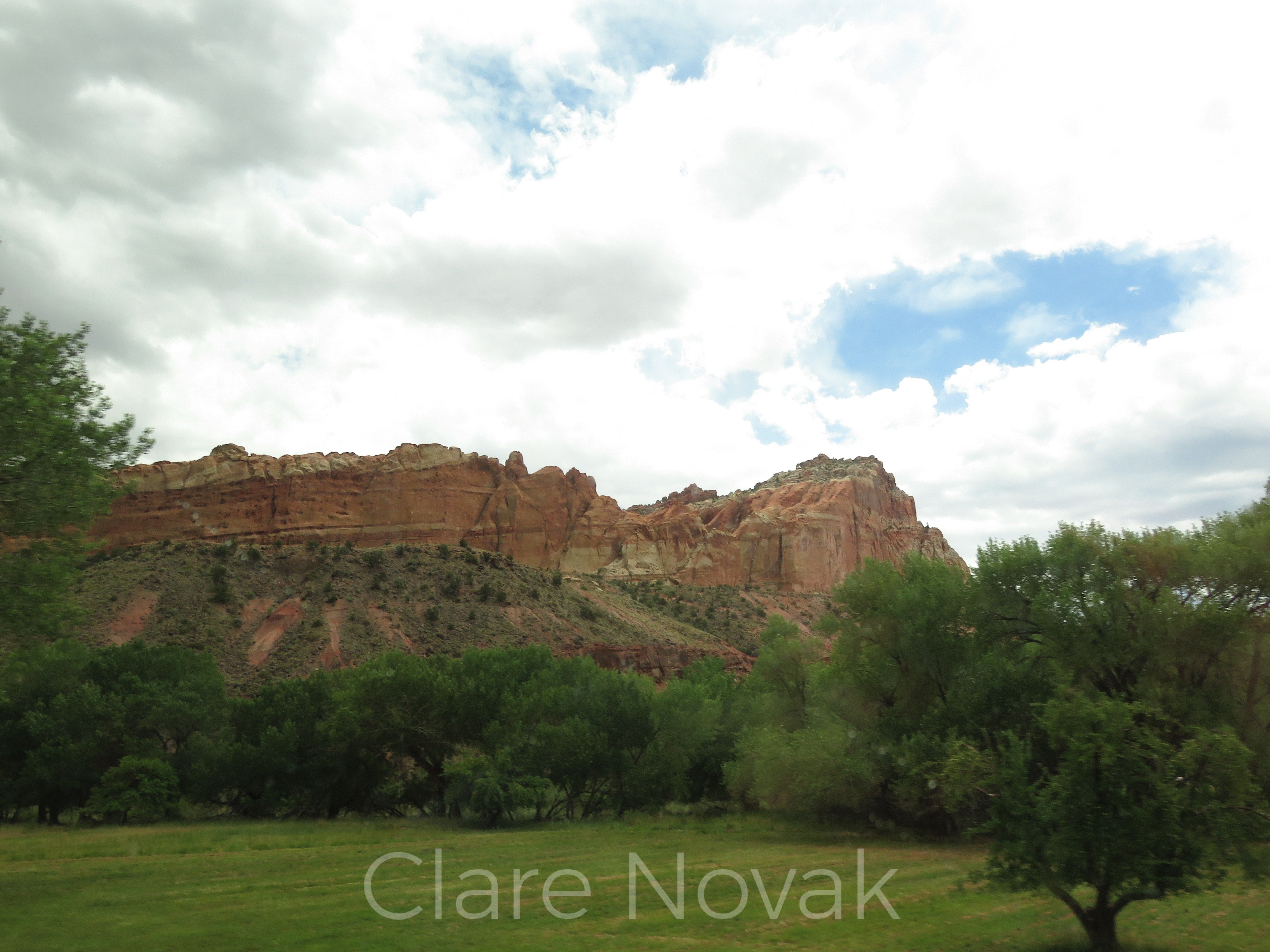 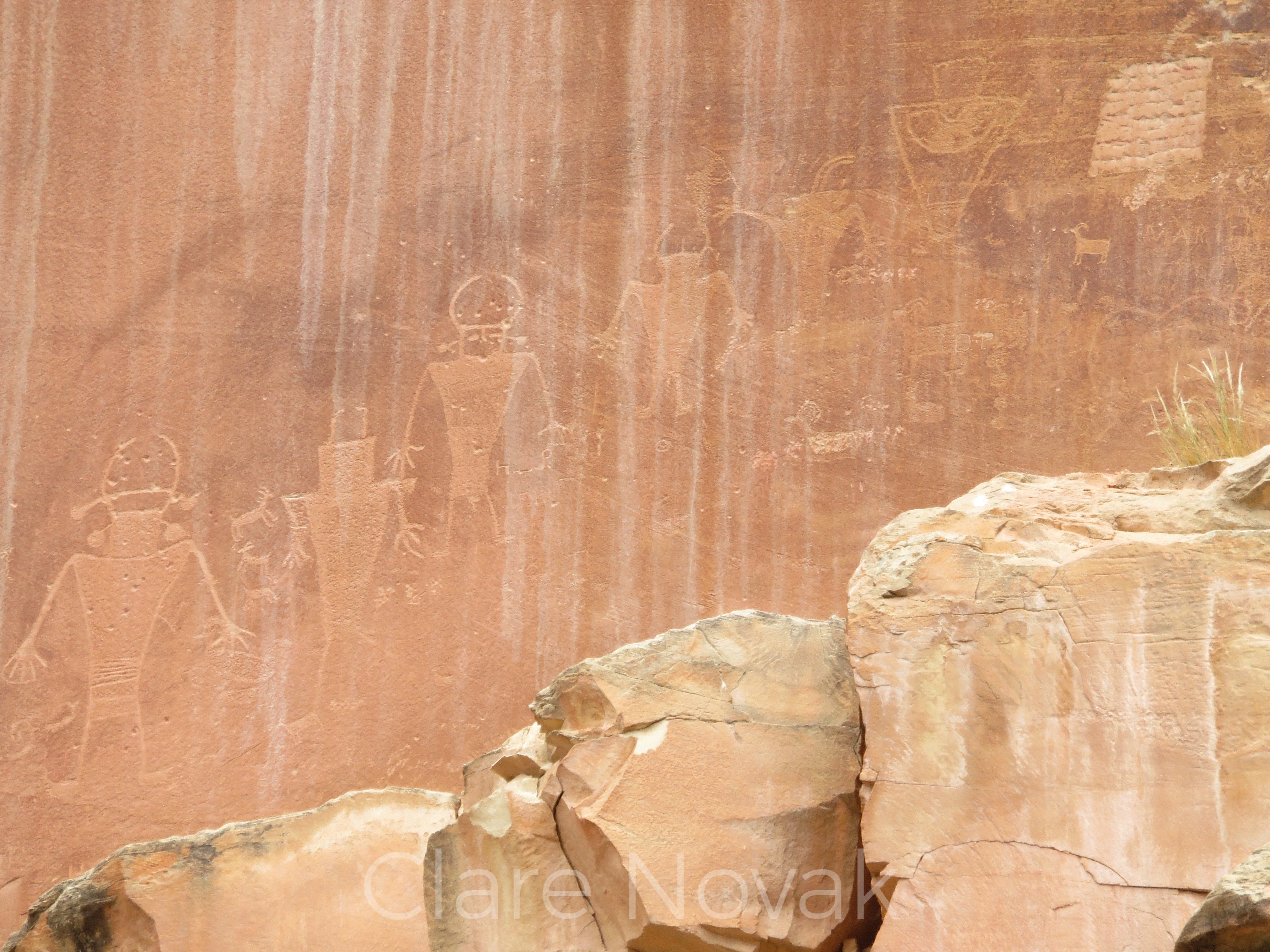 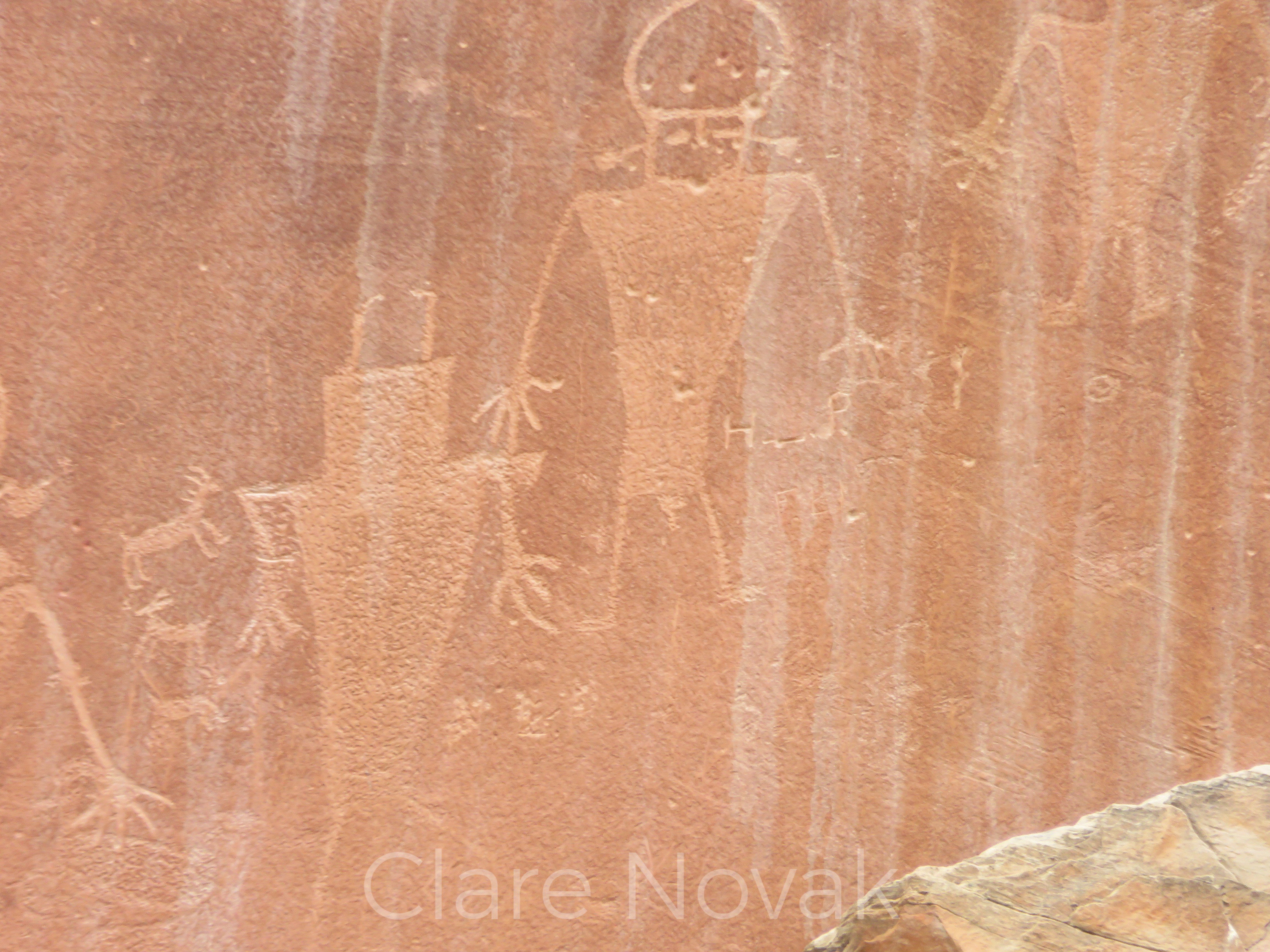 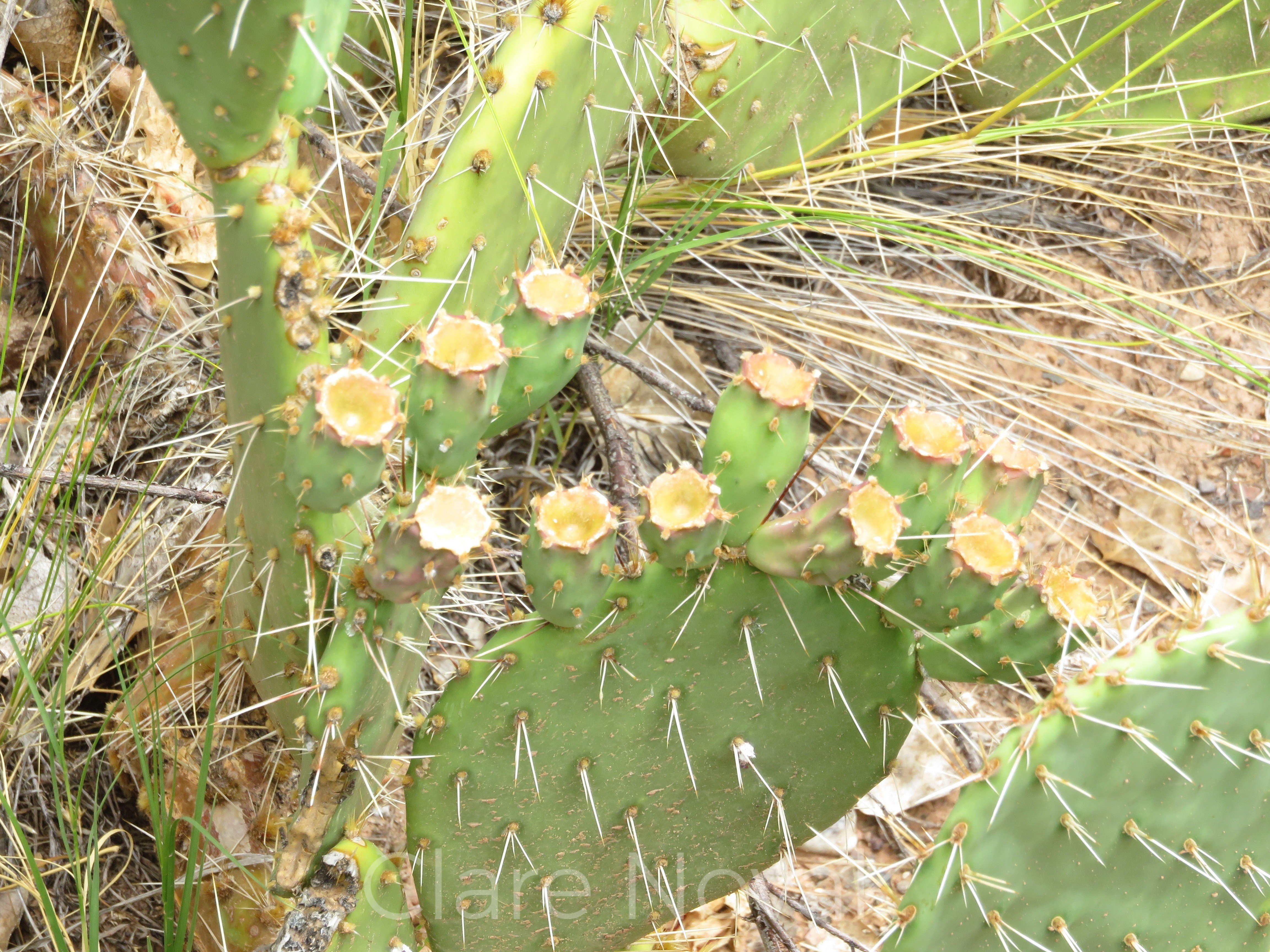 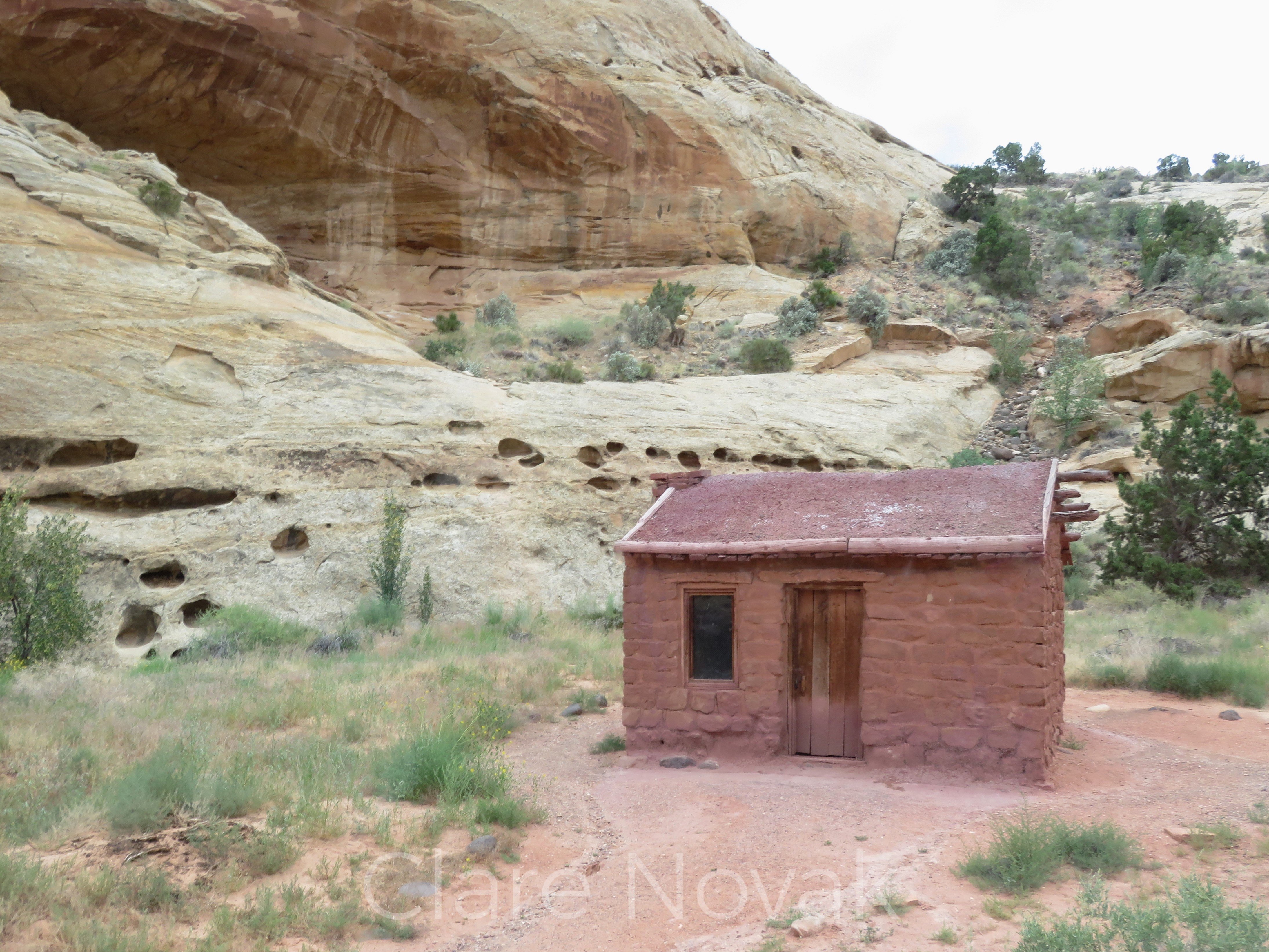 With a finer day and a longer stay, Capitol Reef may have proved an interesting find. As it was, the rain ended our picnic under the old cotton woods even before it began. Rangers cleared the area as lightening began. This unpredictable storm put little effort into its existence and produced only a few bolts of lightening, meager winds and a light drizzle.

Shortly after the storm moved along, we were able to walk the path to an old farm house that once held a family. Those family members tended the fruit trees that remain still, making Capitol Reef the only national park with an orchard. The orchard is watered by what westerners refer to as a rive. On the East coast the flowing water that could be crossed in two steps would have generously been called a stream.

The multi-colored rock formations we passed on entrance and exit were unique and I would have liked the time to walk among them and study them closely. As it was, we did a quick photo stop to see the petroglyphs that were no doubt the artistic inspiration for the stick figure family stickers ubiquitous on suburban cars. Good to know we share something with our historically distant relatives.

At its best J. Seward Johnson’s sculptures whimsically engage viewers in seeing other artists’ work differently. One theme of his…

Tidbits from PA Trekking: I seldom go to Struble Trail as it is both paved and heavily used but for…