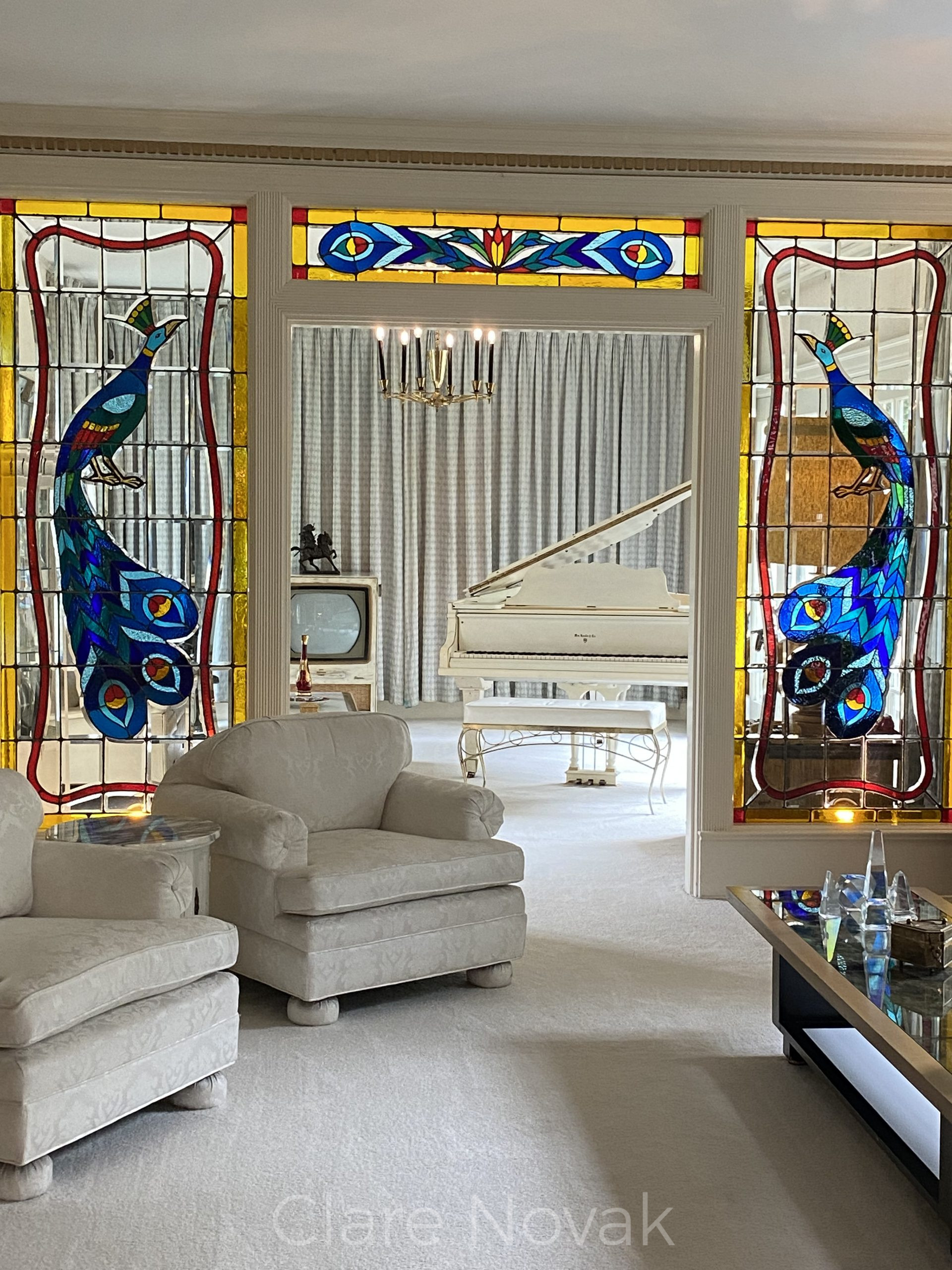 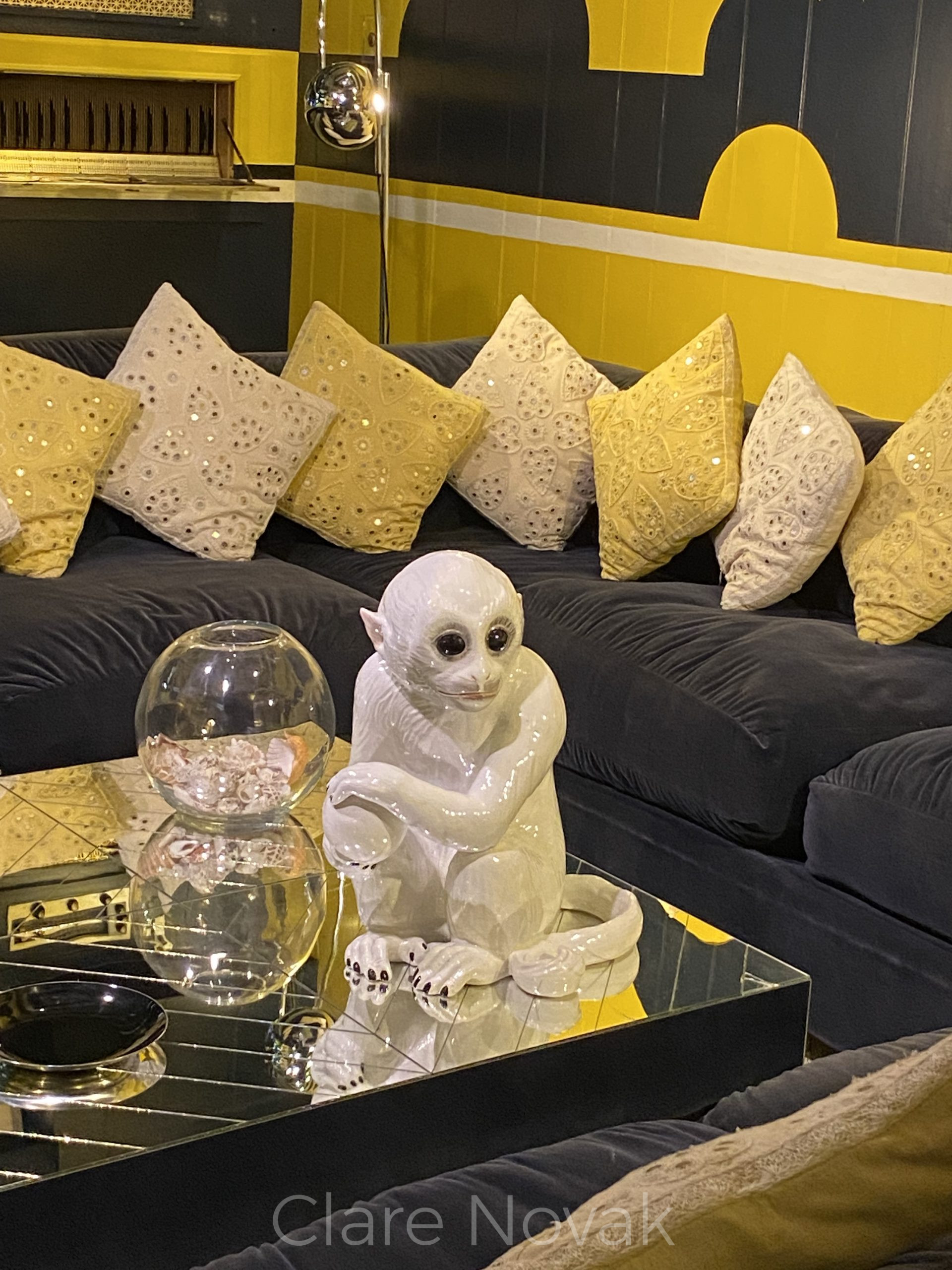 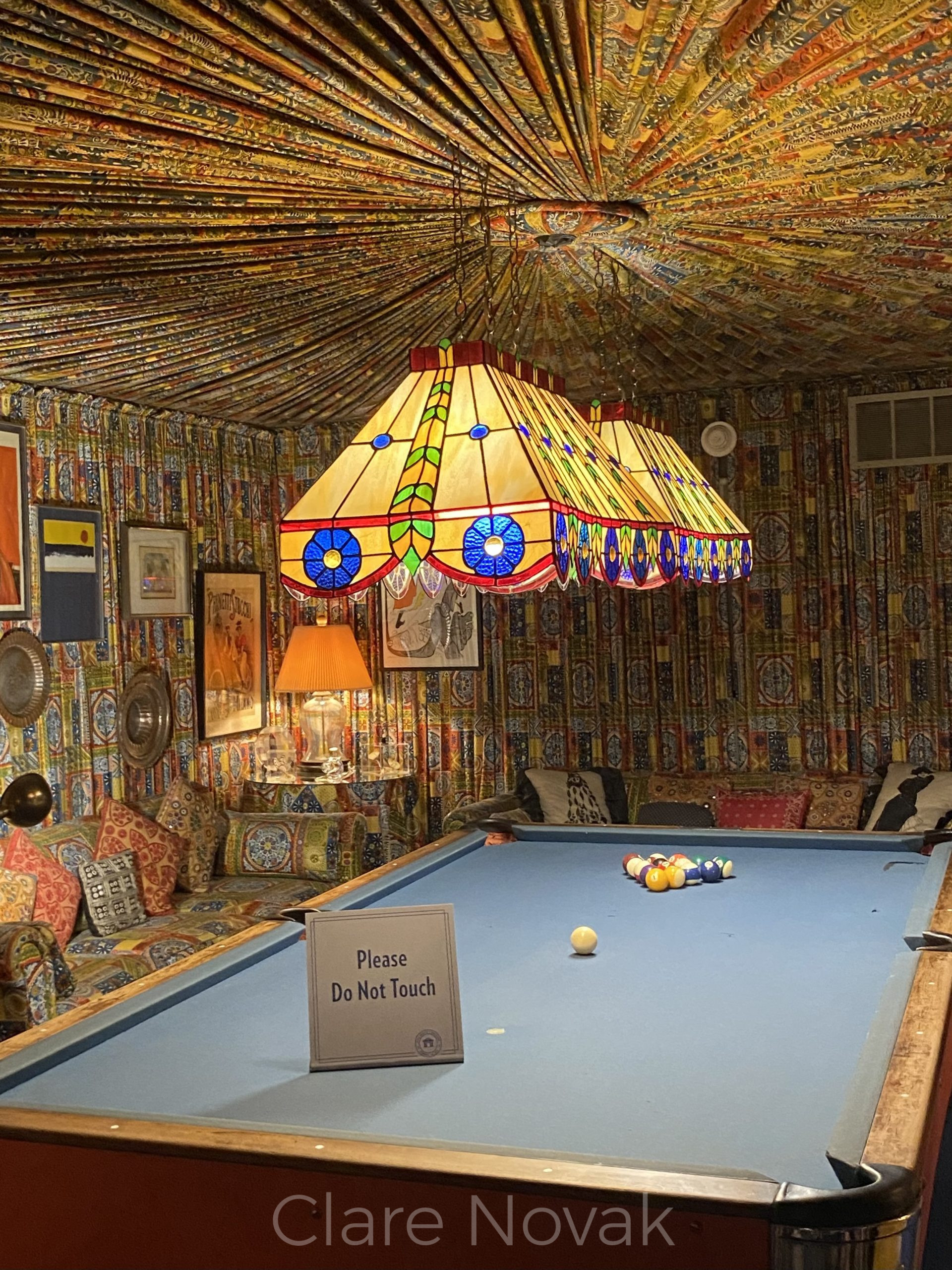 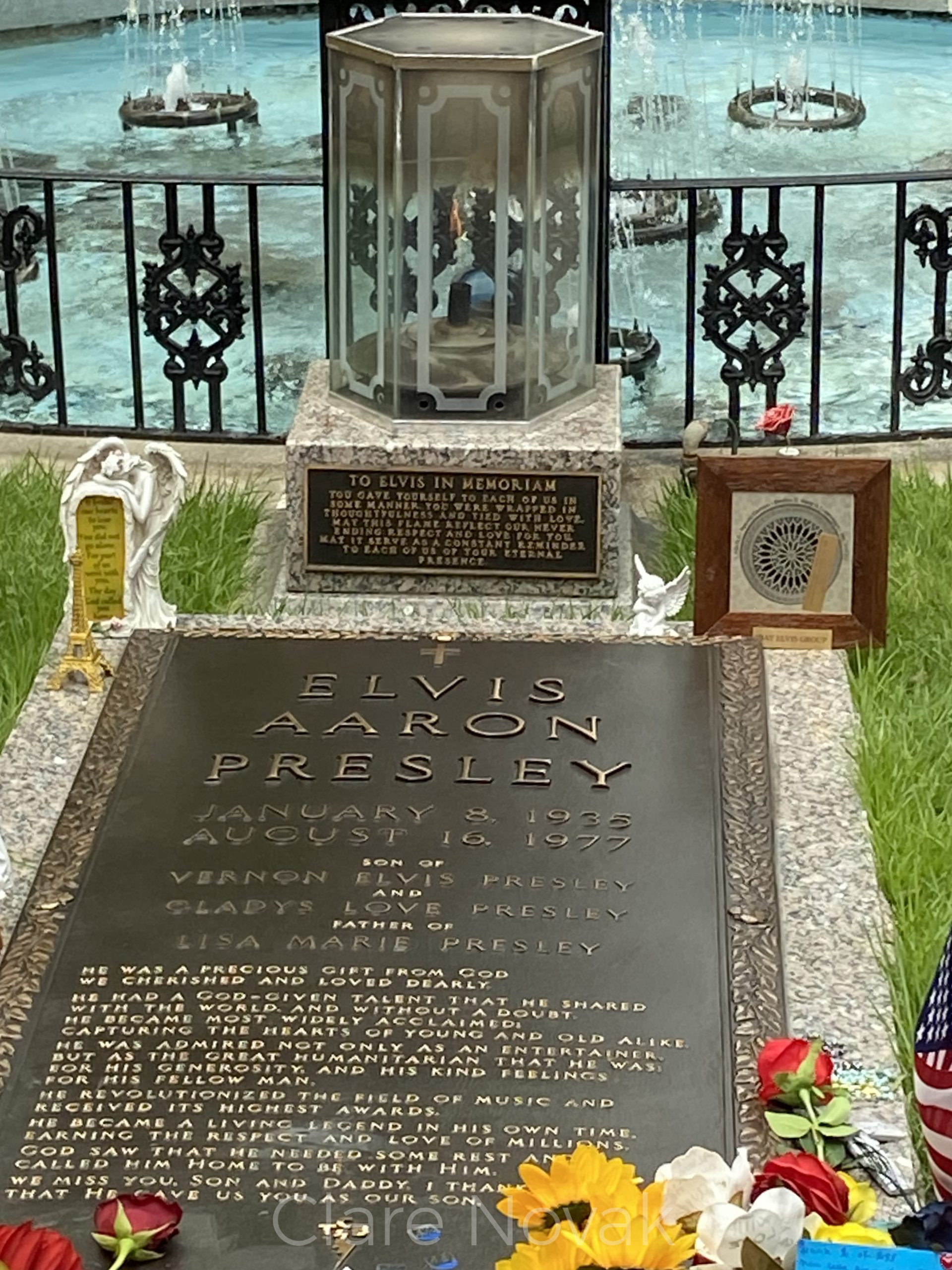 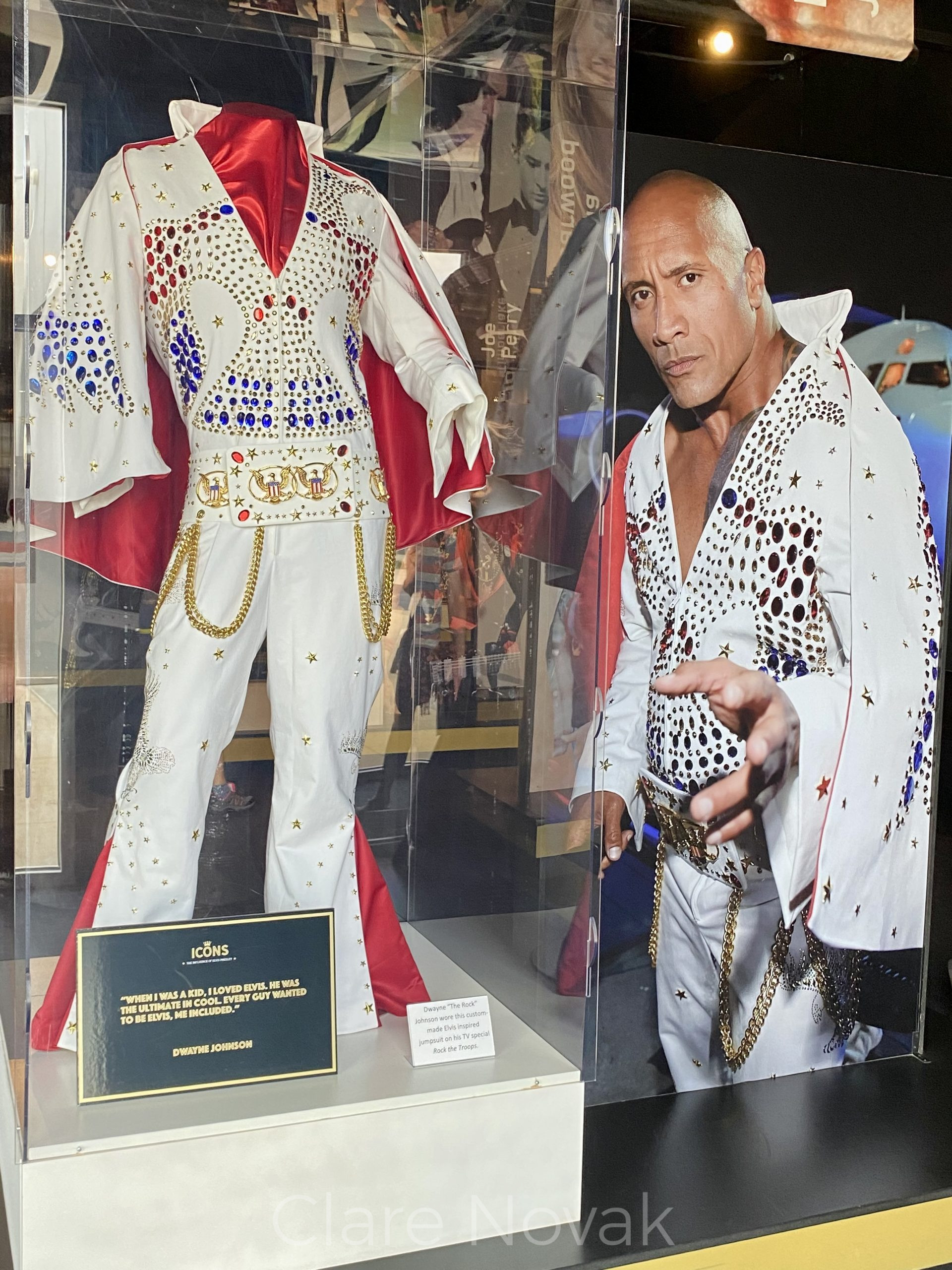 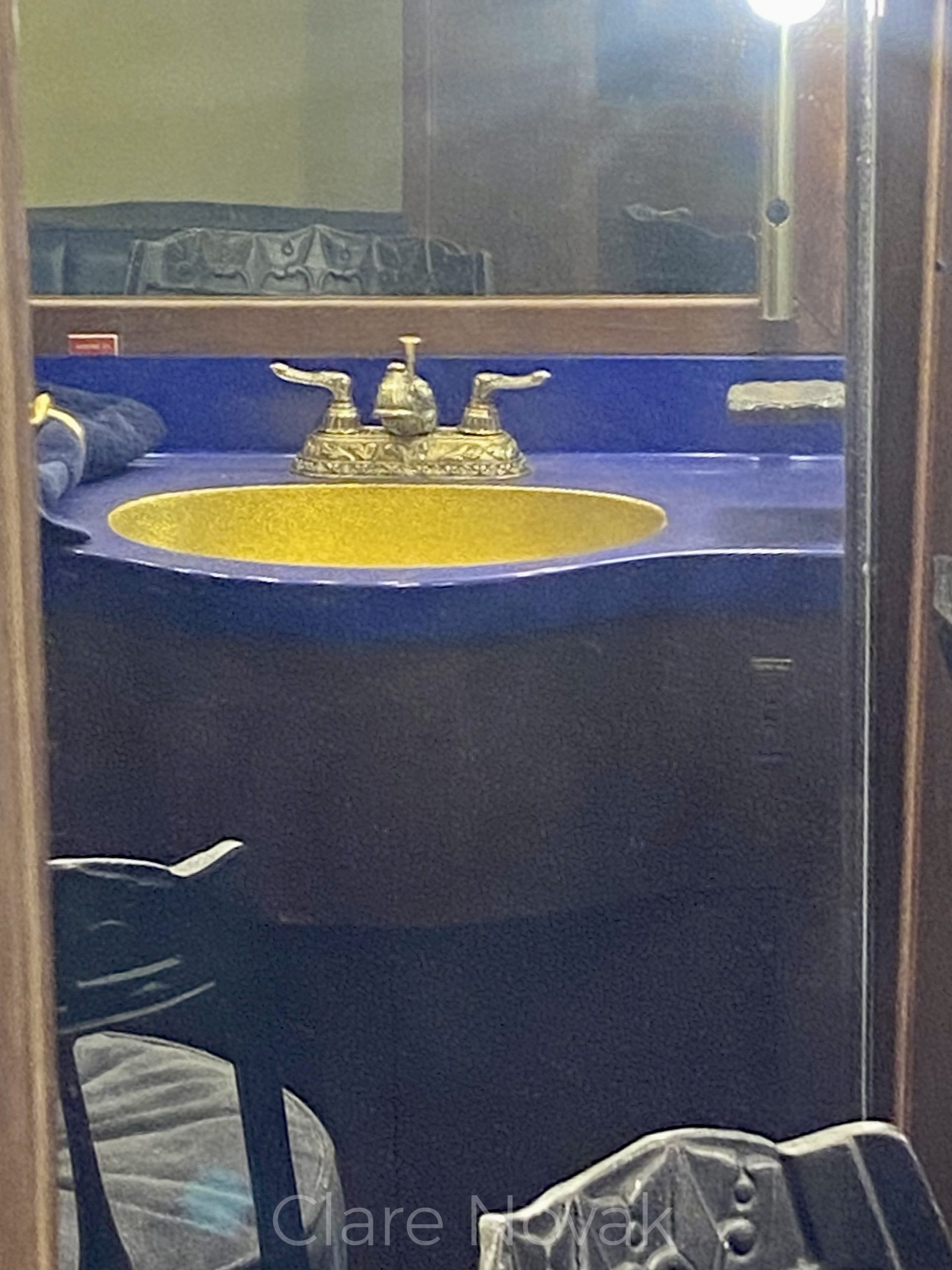 For all that it was Paul Simon in my head, telling me we all would be received in Graceland, this was Elvis’ stage. Elvis was never of mythical proportions for me as he is for many and so I approached Graceland with the curiosity every museum elicits. Not knowing what to expect allowed Graceland’s story to unfold as it would.

The house itself is an odd contradiction of down home, Sun King gaudy luxury and just plain odd. The various elements Elvis must have loved were gathered together with no more reason than that. Those disparate choices crashed against each other and yet made a one-of-a-kind palace for a modern king. Graceland is a museum or a shrine depending on the visitor’s state of mind.

Memorials from fans worldwide decorated the graveyard and tourists surreptitiously dabbed at tears.  Some were as hushed as pilgrims in sight of saints’ bones. This reverence hove side by side with Elvis’ conspicuous consumption He was a boy who liked is toys.

Elvis’ toys filled acres. Cars alone seemed to fill a football field, never mind the motorcycles, tractors, and street-illegal three-wheelers that the local police tolerated because, well, it was Elvis. More than one airplane made it into the collection. Lisa Marie has gold-plated buckles on the seatbelts as well as gold bathroom fixtures in both the guest bathroom and Elvis’ own. Money, it seems, was meant to be spent and liking or wanting were enough of a reason.

And for all of that, it was a joyous scattering of wealth. Talent and a personality that welcomed the world just made you smile and shrug; that’s Elvis! The museum of performer’s costumes that paid homage to Elvis’ style amply demonstrated the enormous impact of Elvis’ music on others. Musicians as disparate as John Lennon and Dolly Parton and Kiss acknowledged the Elvis’ seismic shift of the music scene.

Experiencing the homage makes it sad that “Elvis has left the building.” I would like to have met him, Elvis the person, the inner boy that loved riding horses and tricycles.

The Home of Elvis Presley | Graceland

In a continuous quest to see the nooks and crannies of home, the day after Thanksgiving several of us took…

It was my birthday present to myself, a weekend camping trip. With borrowed gear stowed in my Miata and the…