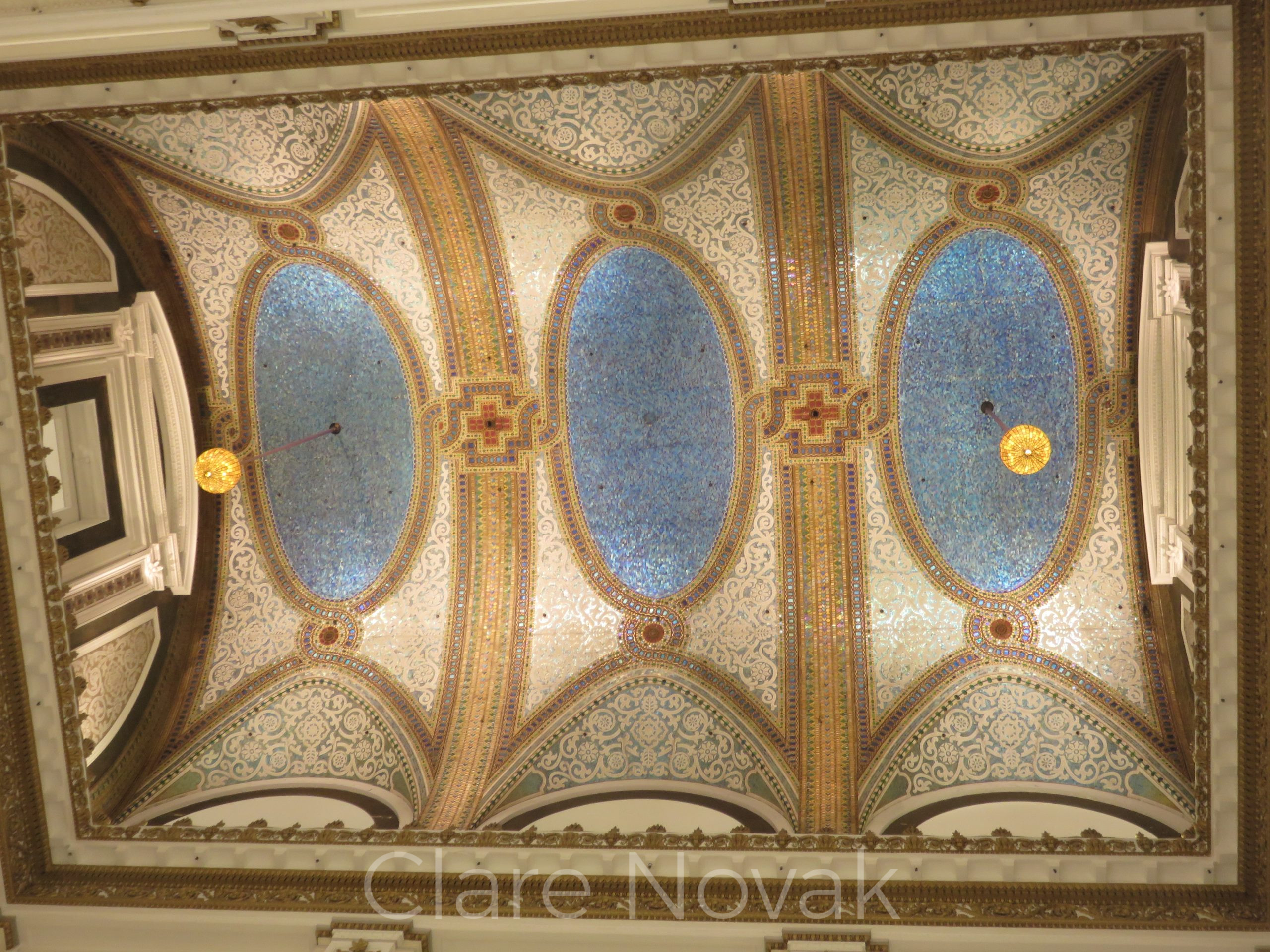 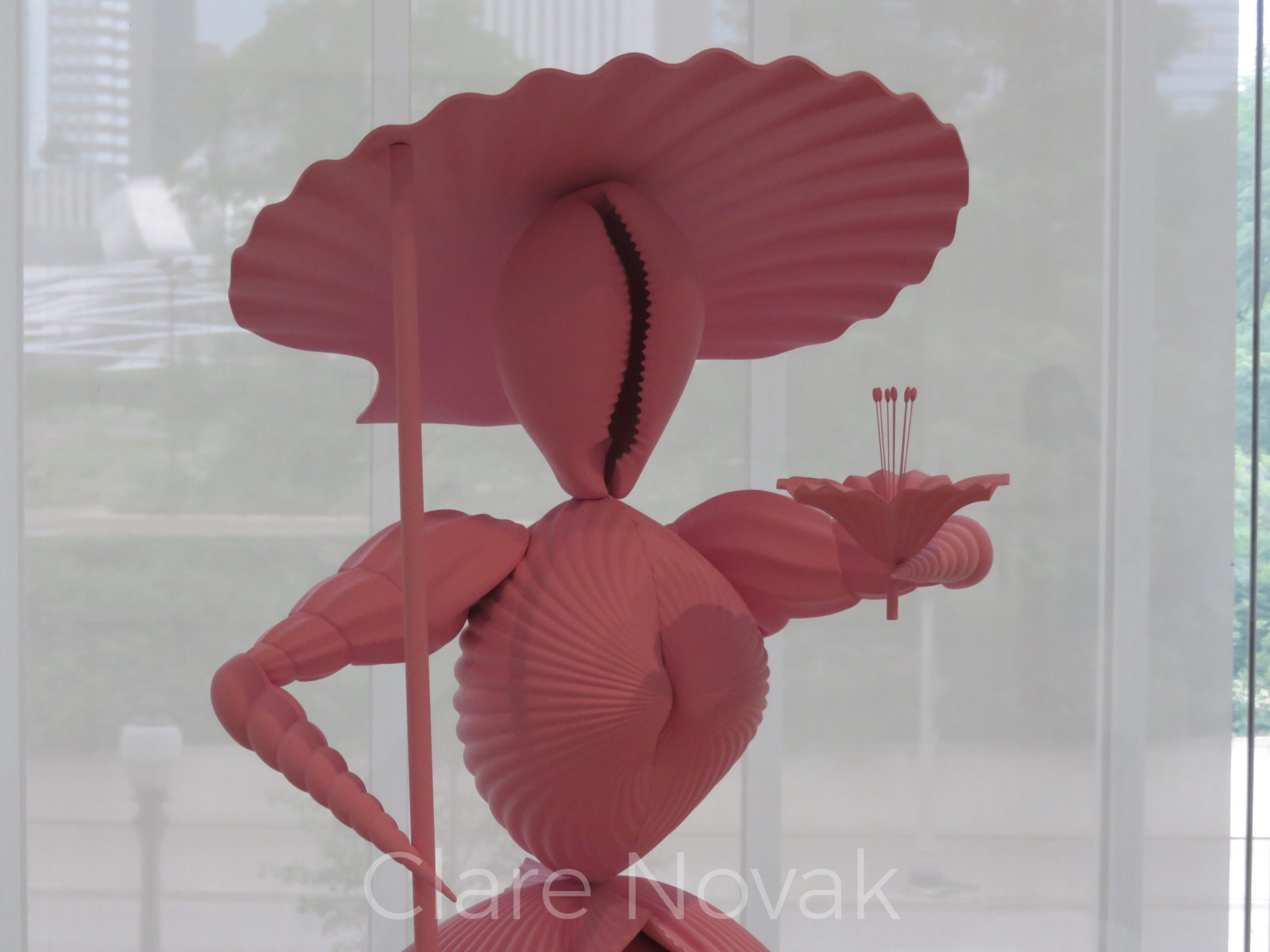 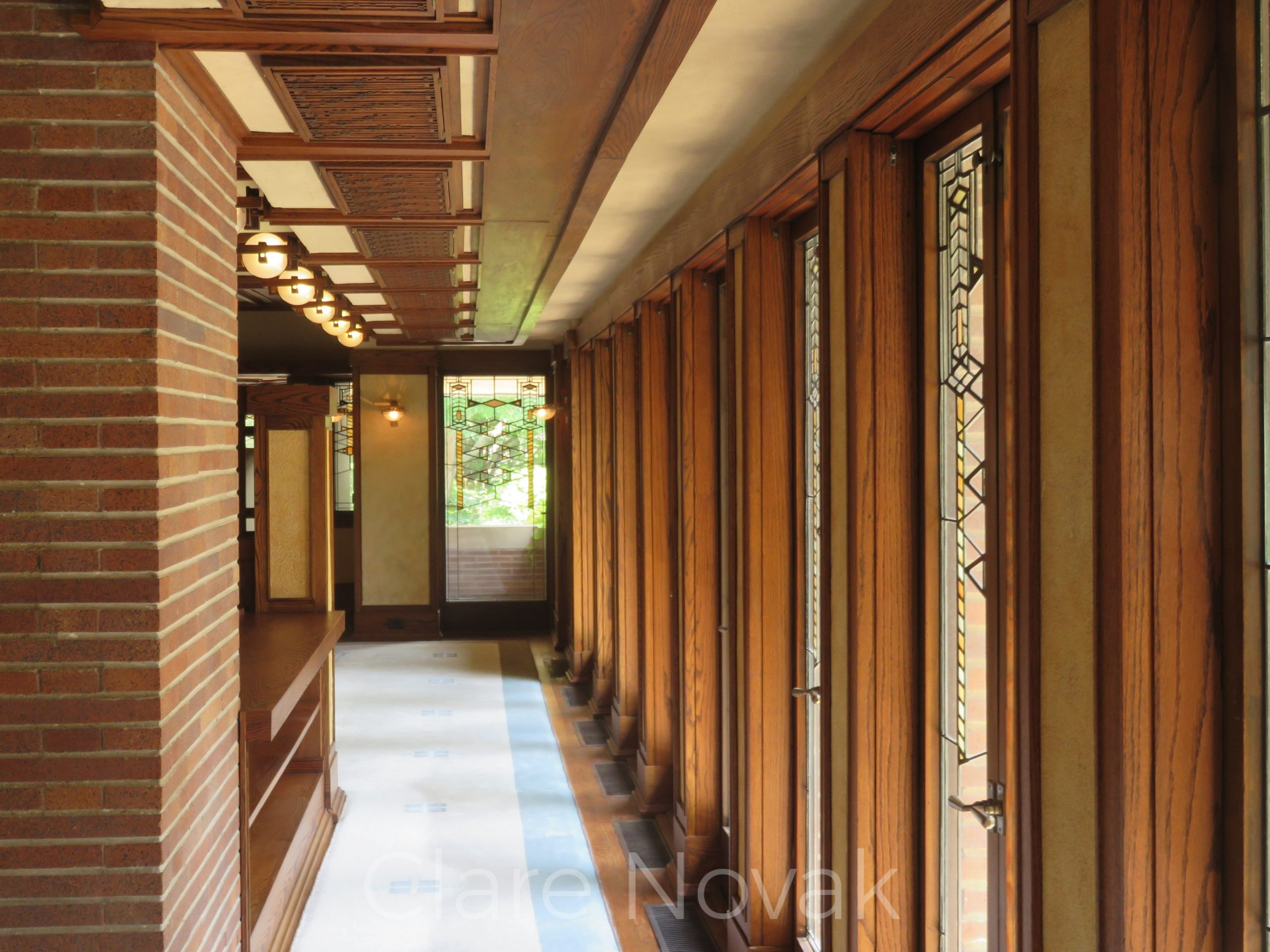 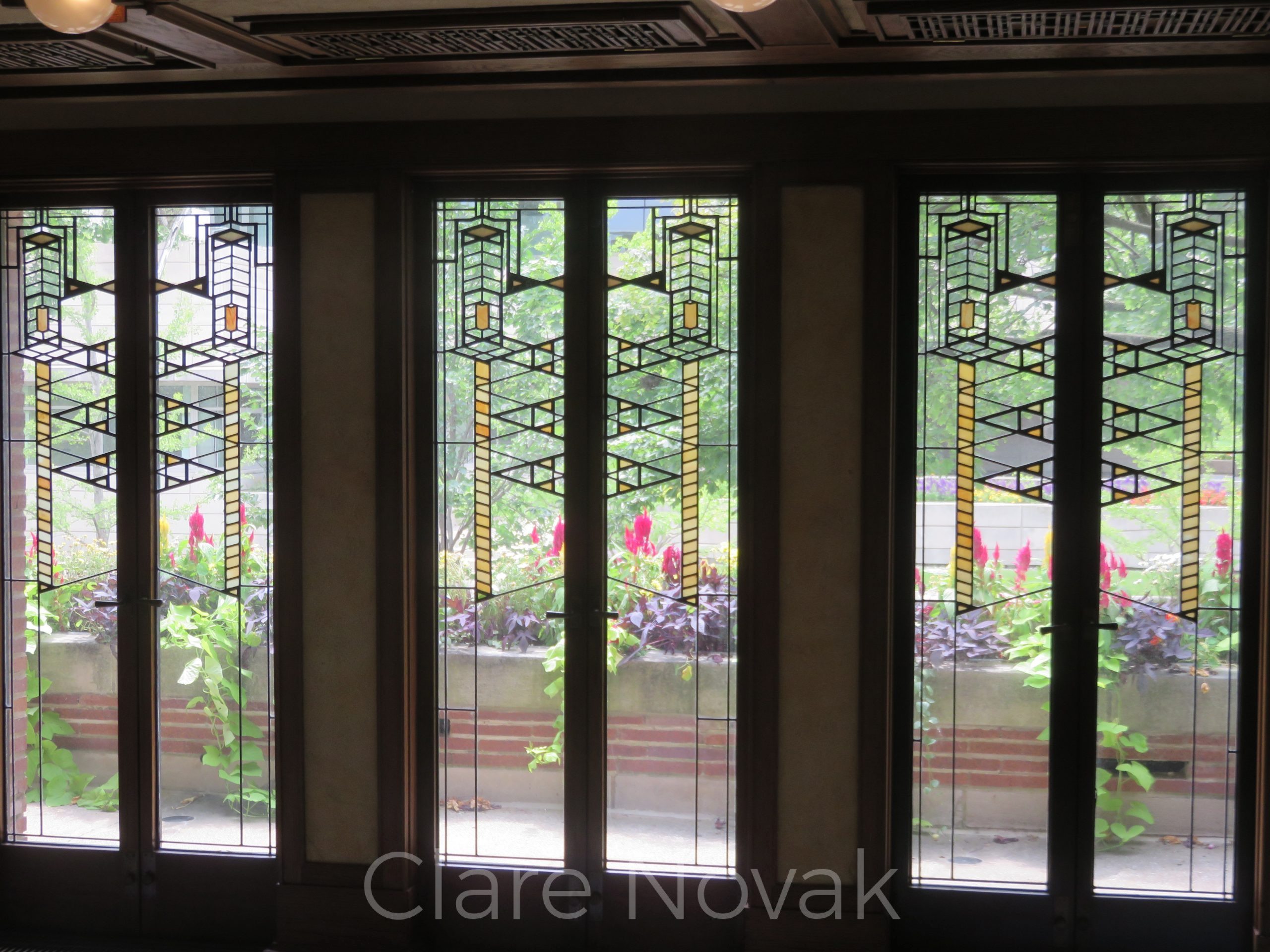 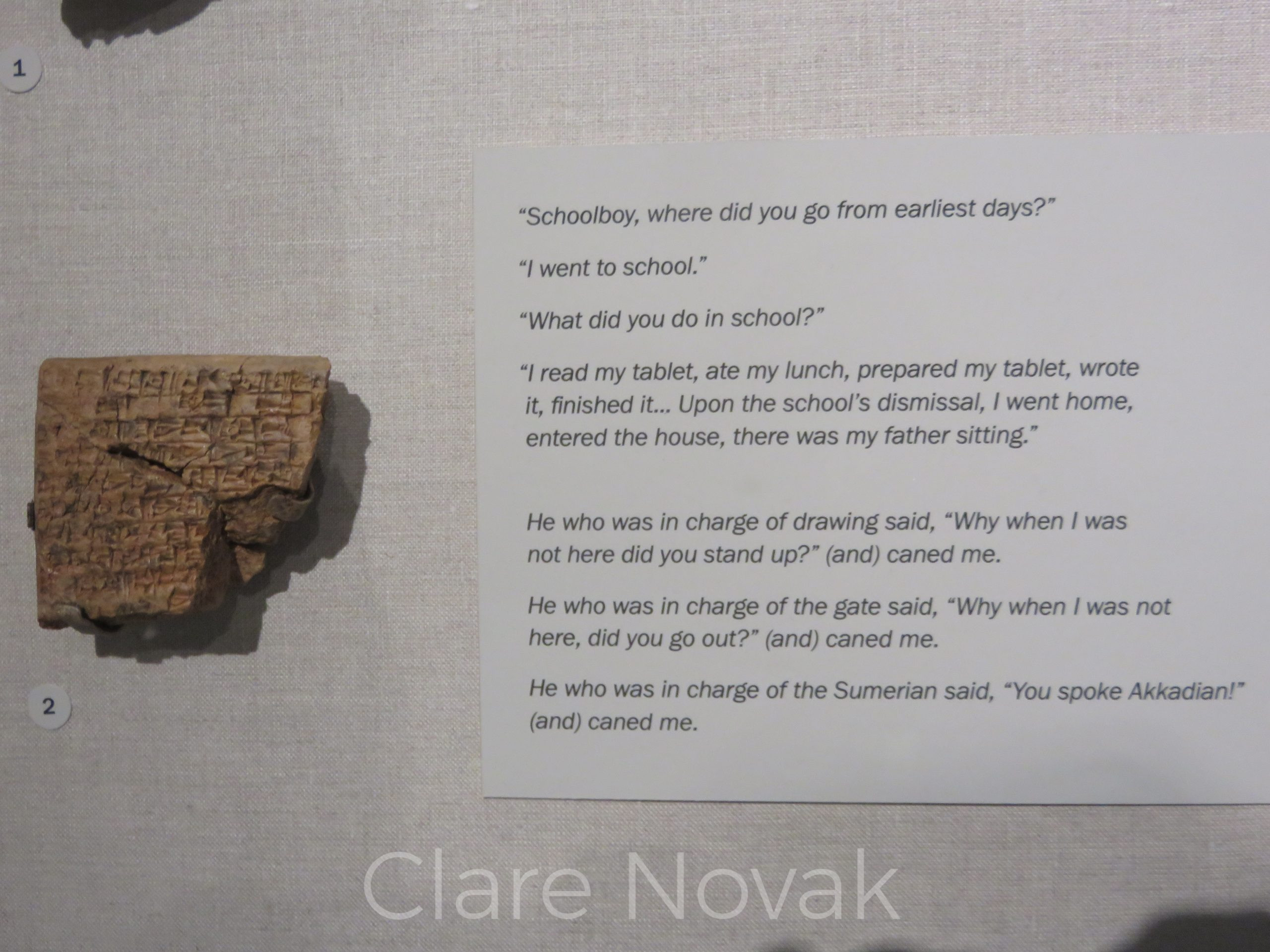 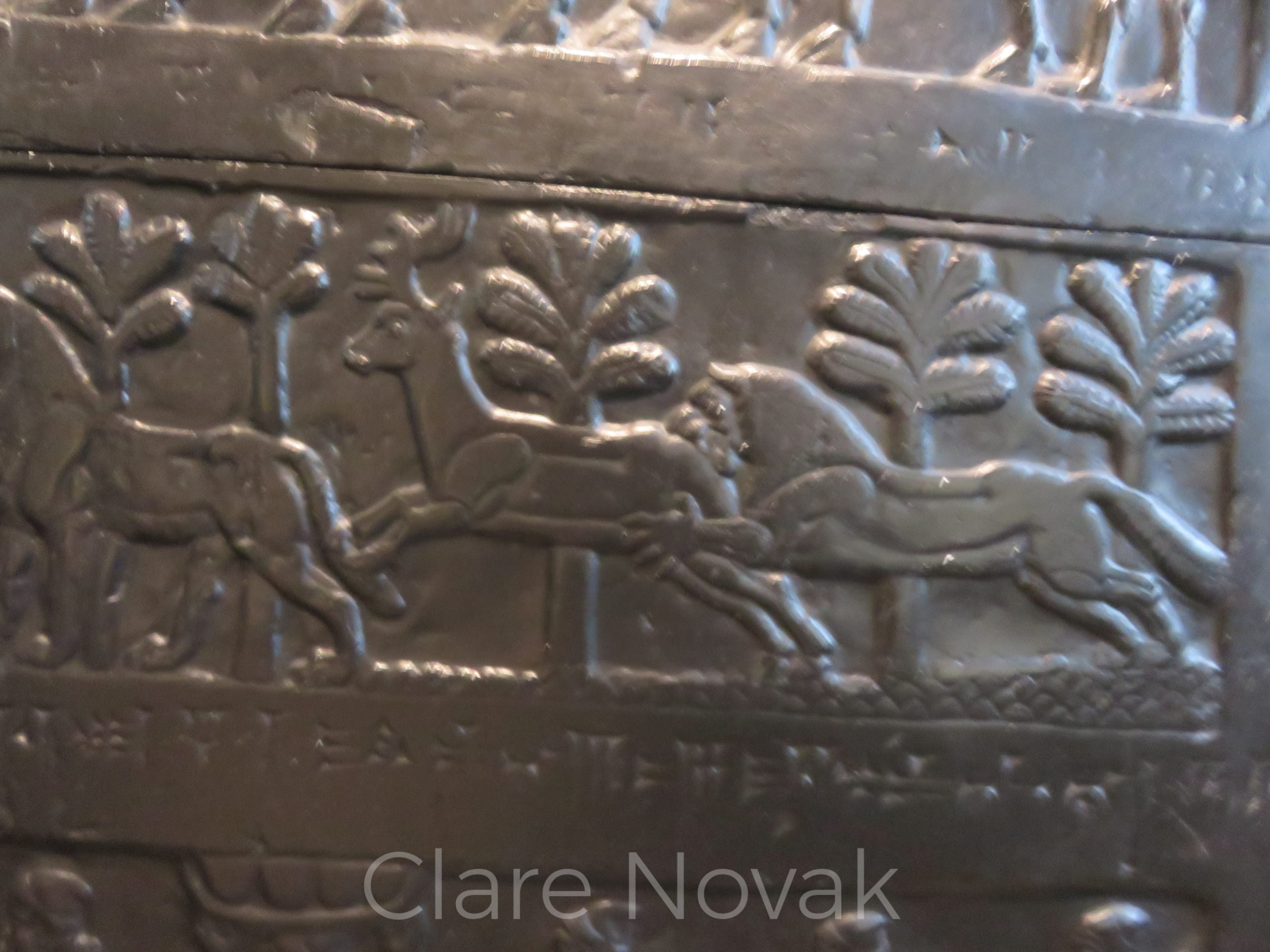 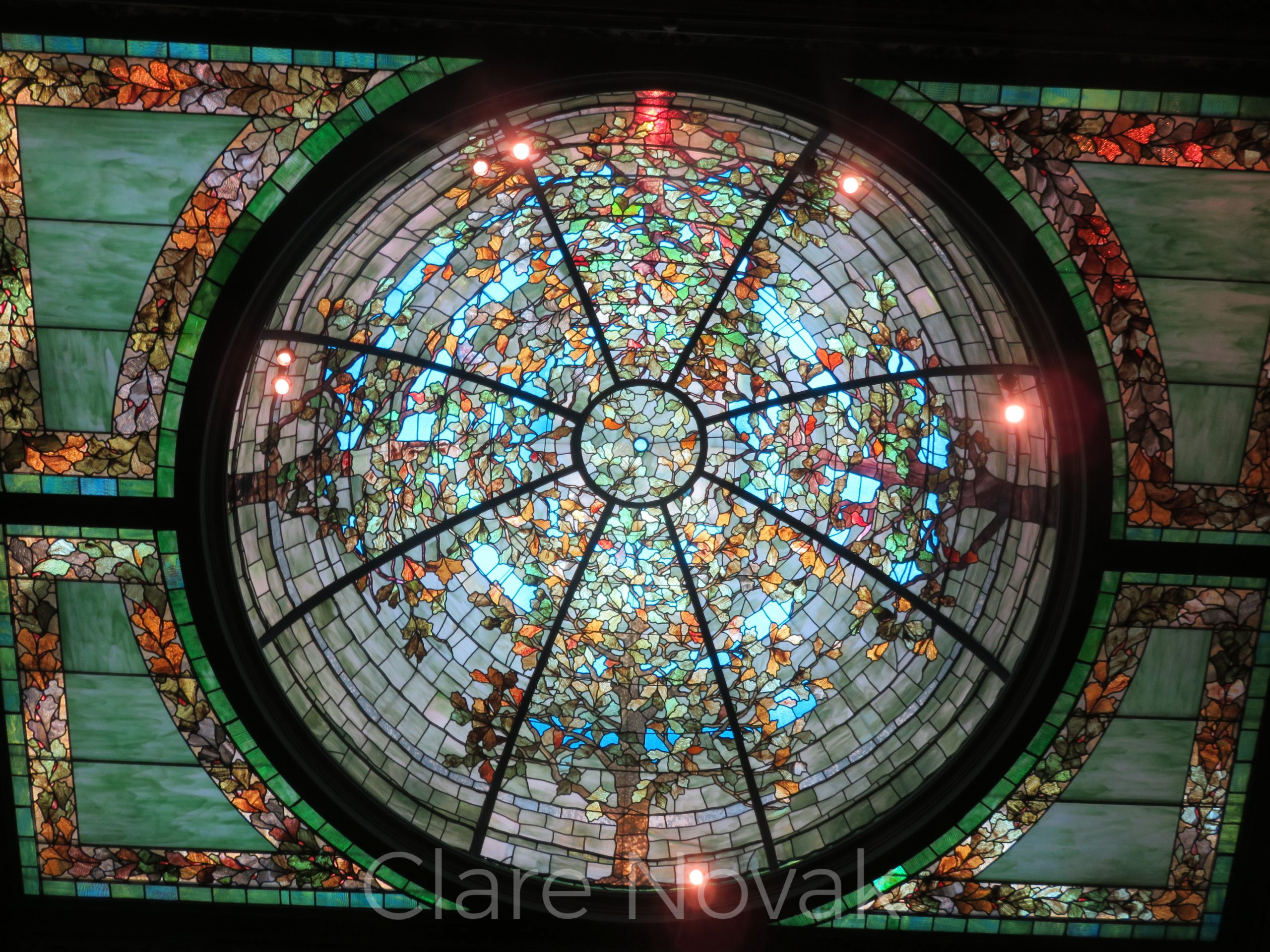 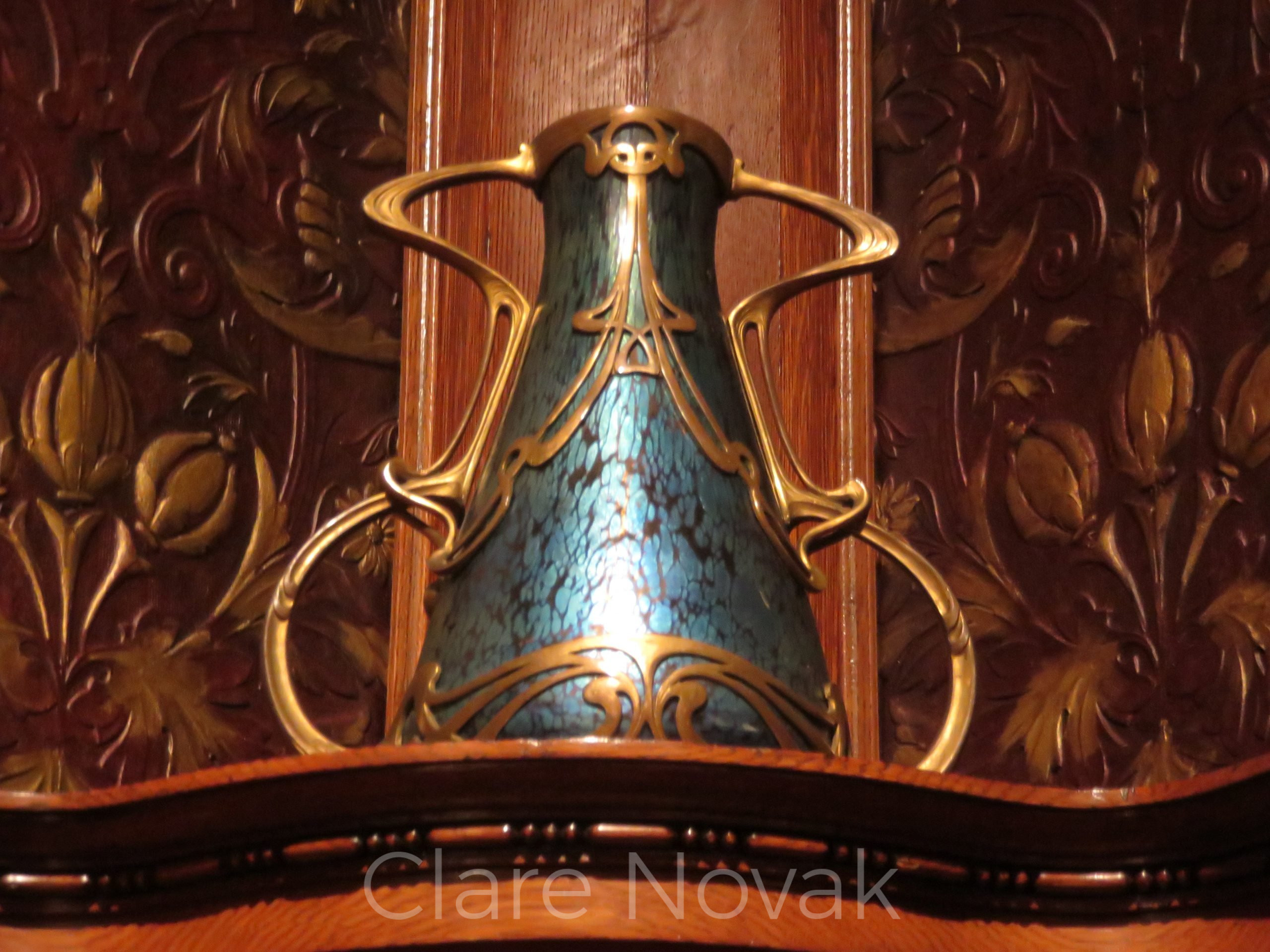 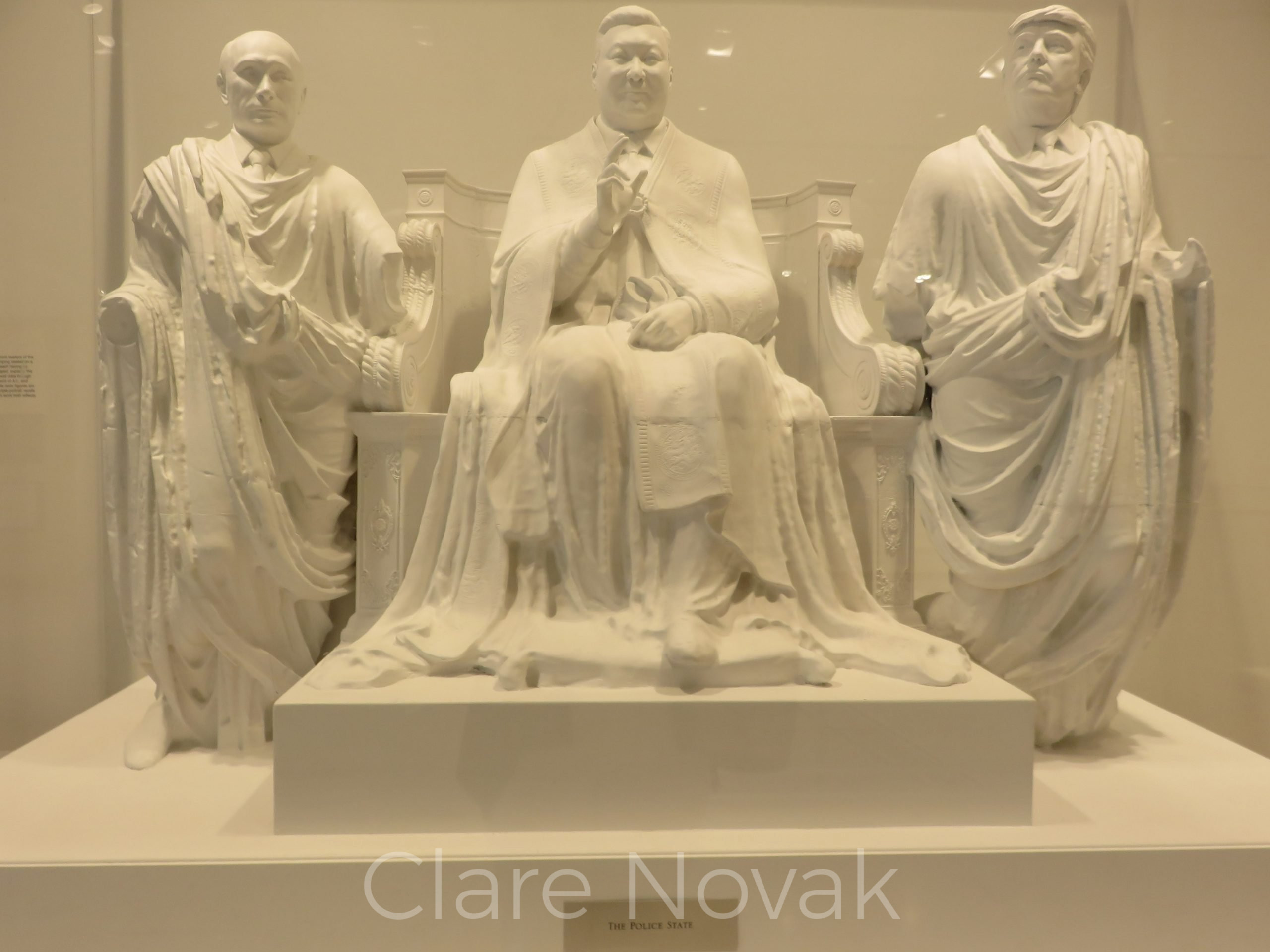 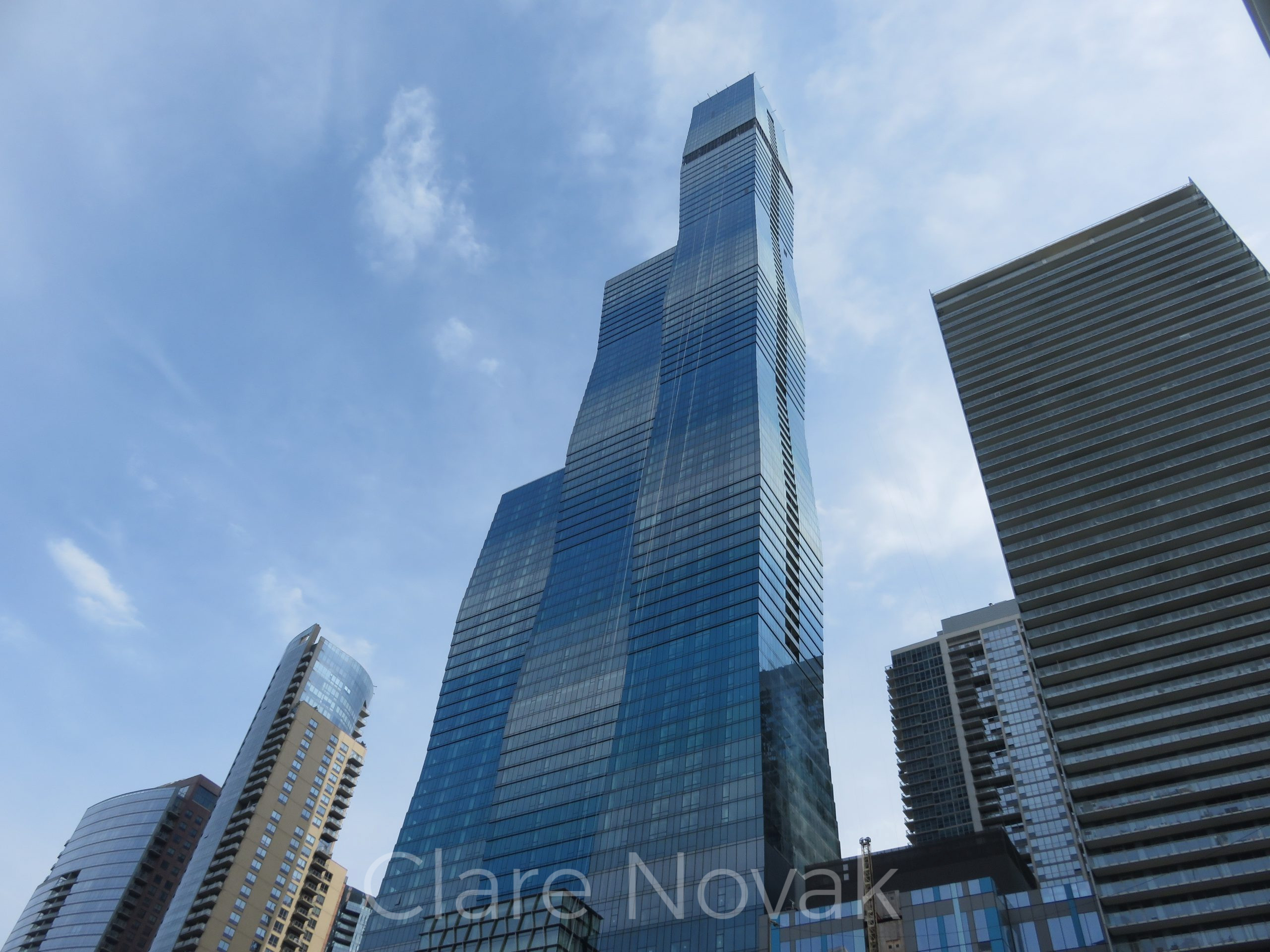 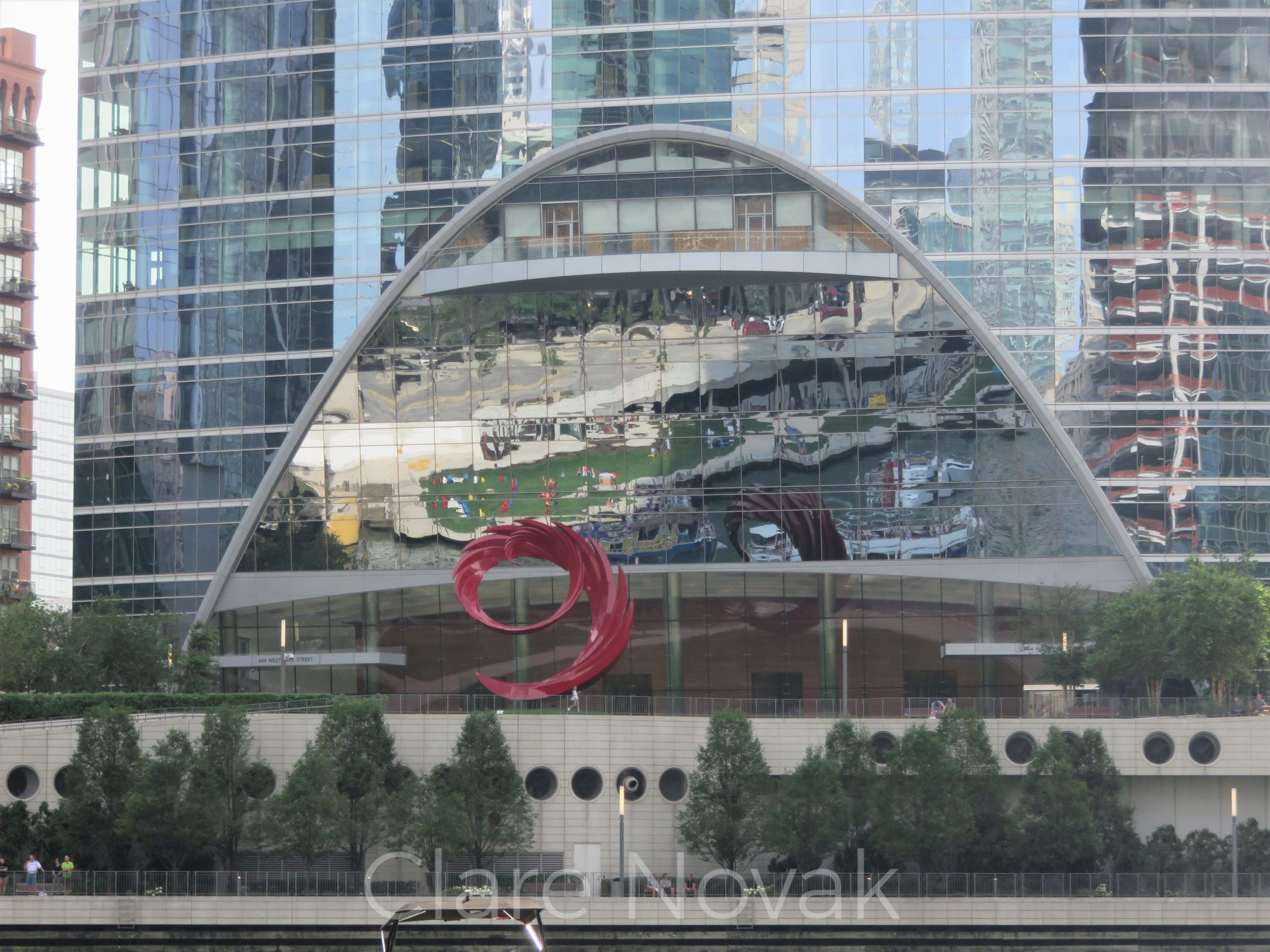 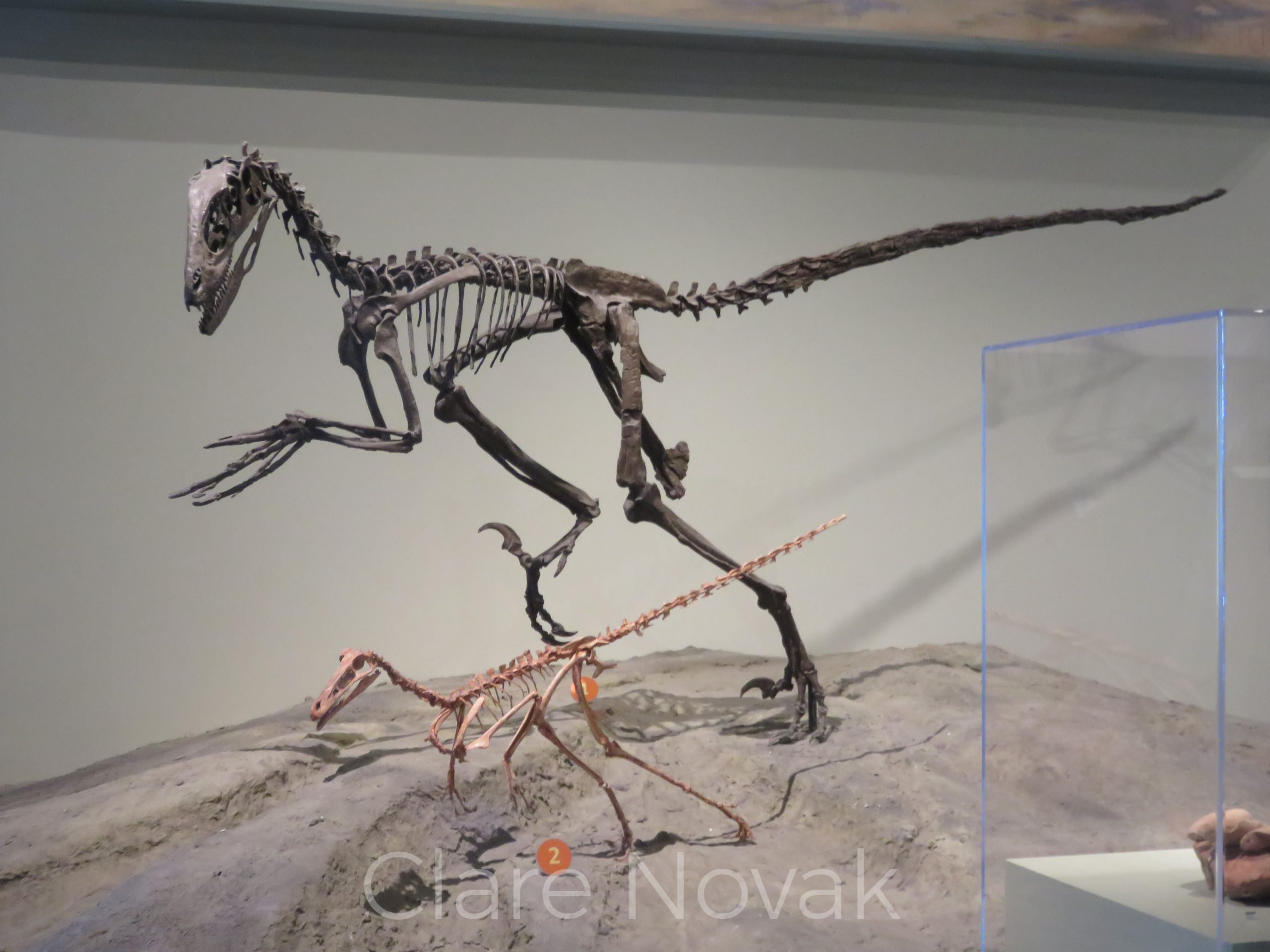 Four days there were enough for me to understand the musician’s call to home. In four days, we were on and off the beaten path. My niece and I, being museum nerds made a bee line for the Art Institute and in one foot-wearying day managed to hit all the galleries except the one with Greco-Roman sculpture, as we have both been to Greece and Italy and agreed to skip it.  She checked off her “must see” list and I rediscovered works I’d seen and a few I’d simply forgotten. We were so exhausted that evening, we just managed to walk across the street for pizza; it was great pizza.

While we had walked to the Art Institute, transit passes were in order for the rest of our itinerary. We were directed to see the city information desk inside Macy’s, Macy’s now occupying the glorious, old Marshall Field department store building. Thankfully Macy’s kept the original architecture, so you can still walk to the fountain, look up and see the vaulted ceiling covered with thousands of pieces of colored glass—Tiffany, of course.

The woman staffing the tourist desk was actually from Chicago. That seems strange to say but everyone we had asked questions of, the personable waiters, and the hotel staff said, “I just moved here.” She confirmed a few of our selections and steered us away from one or two. We wanted to see the Robie House, designed by Frank Lloyd Wright and she suggested the Oriental Institute, across the street, a hidden gem and free—the museum trifecta.

Robie House in some ways redeemed Wright in my eyes as it was the first of his I’d seen that I could picture myself living in comfortably. This prairie architecture was warm, cozy and connected to the land. The row of French doors opened onto a balcony welcoming the outdoors in. In Chicago summer this is an extraordinary delight. As the docent shared, in Chicago winter, the doors continued to invite the weather in while the heating system managed to keep the place at all of 46 degrees. Needless to say, the owners replaced that system the following year.

As advertised, the Oriental Institute on the University of Chicago campus was both across the street and free. “10,000 Years of Humanity, We Have the Answers” and the answer is, “nothing has changed.” As we browsed cuneiform tablets, we read this translation from a school boy. When asked, “What did you do in school?” The boy replied, “I read my tablet, ate my lunch, prepared my tablet, wrote it, finished it. Upon school’s dismissal, I went home.” In 6,000 years, nothing has changed. Later there was a bas relief depicting a lion killing an antelope. The exact same scene Discovery channel shows endlessly; nothing has changed. Just once, can’t the antelope win? There is a third example of nothing changing but it contains naught bits not to be described in a family-friendly blog.

The collection is magnificent and wide ranging, covering ancient Egypt, Nubia, Persia, Mesopotamia, Syria, Anatolia, and the ancient site of Megiddo. Our amusement about human behavior did not keep us from being awed by what our ancestors wrought.

Driehaus Museum, called a marble palace, is a masterpiece of the 19th century Gilded Age. While the outside is rather ordinary, the inside is extraordinary. The Nickerson family, who built the home spared no expense and indeed spent lavishly. The Fishers, the second owners, continued the tradition of spending and yet adopted a different aesthetic. The bohemian art nuveau glass and Tiffany pieces were among the most exquisite I’ve seen. There is much else to see, including art, woodwork, ceramics, not to mention the house itself. The friendly, helpful docents we chatted with recommended that our next stop be 21C a block away. 21C is a hotel chain that has significant modern art gallery space that is both free and open to the public. Another museum trifecta and completely different from our other experiences. The art was both contemporary and unabashedly making a statement. The artists chosen each had a way of smashing stereotypes and expressing their personal political views. I appreciated the contrast with the Gilded Age where the primary statement was “we have wealth.”

Hungry and foot weary we walked along Miracle Mile, which sadly is no longer a miracle. While the boulevard is impeccably clean and flowers bloom in the median, the shops have transitioned to the same upscale shops everywhere. The unique galleries have gone missing although there is a Ghirardelli chocolate and ice cream shop. There I can heartily recommend a scoop of chocolate ice cream together with a scoop of Raspberry sorbet. Saving our feet for the Field Museum on Monday, we took a riverboat architecture tour.

Back on the beaten path, our last day was the Field Museum, which has it all, including Sue, the T-Rex. The dinosaur section is quite good and a draw for kids of all ages. Perhaps I’ve simply been to too many museums but I found myself appreciating the smaller exhibits like the jade room. This collection of jade artifacts had scope and depth not found elsewhere. I have become a picky museum goer who breezed through collections where I’d seen better elsewhere.

If you are wondering about flights and travel during COVID, well contrary to news reporting, security was a breeze. There were no lines at either airport and while the flights were full, they were normal flights. A heads up to anyone leaving from Philly, the long-term parking is temporarily closed. All parking is in the covered garage at the “discounted” rate of $16/day. Long term parking is normally $11 but I guess the city felt it needed to earn more off the fewer spaces.

Park 6 Canyonlands beckon the adventurous. I would, with enthusiasm, have rented a four-wheel drive vehicle and headed down the…

Readers, the Grand Canyon is the first in a series of National Parks from a recent trip. If you wish…