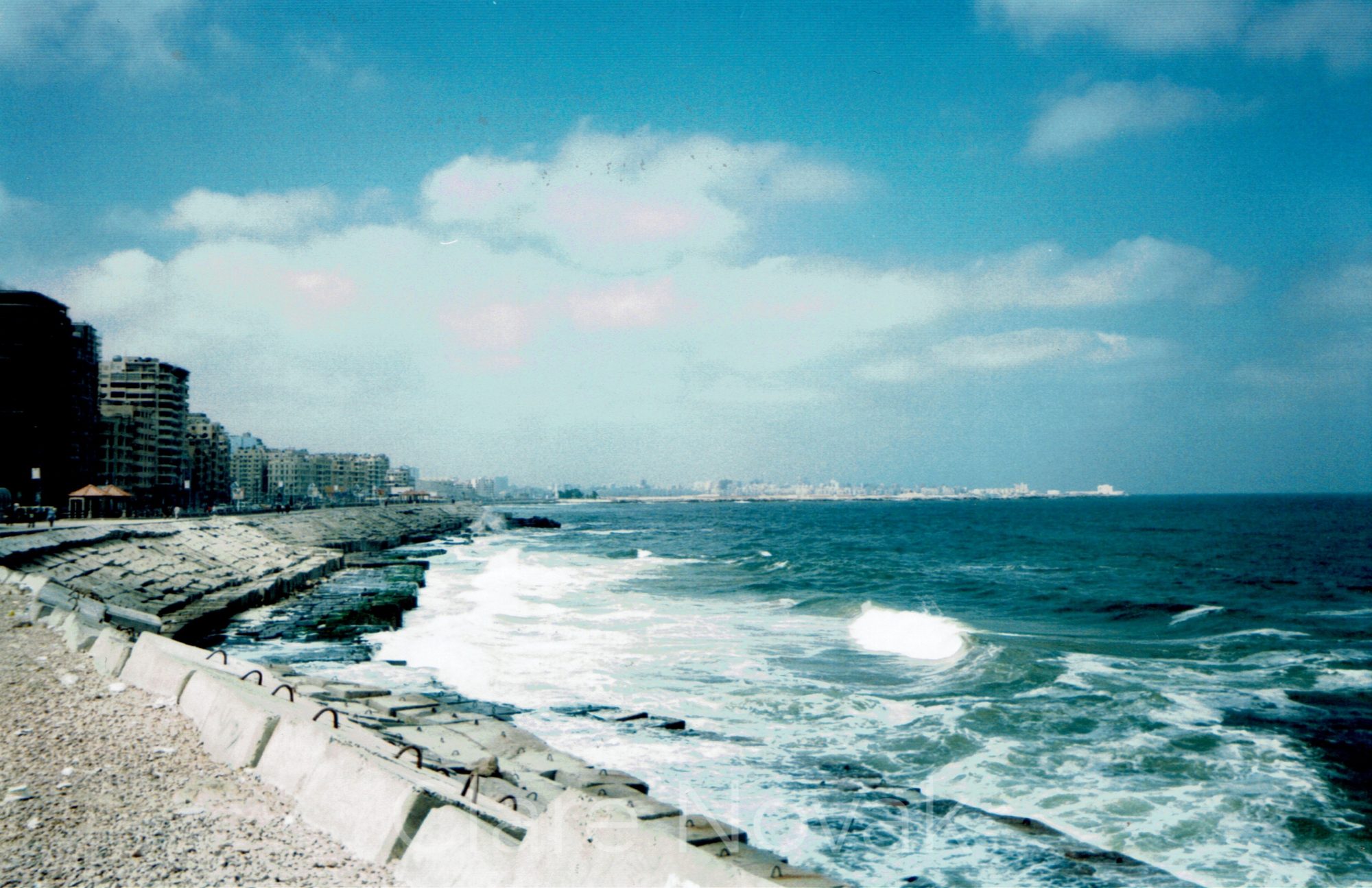 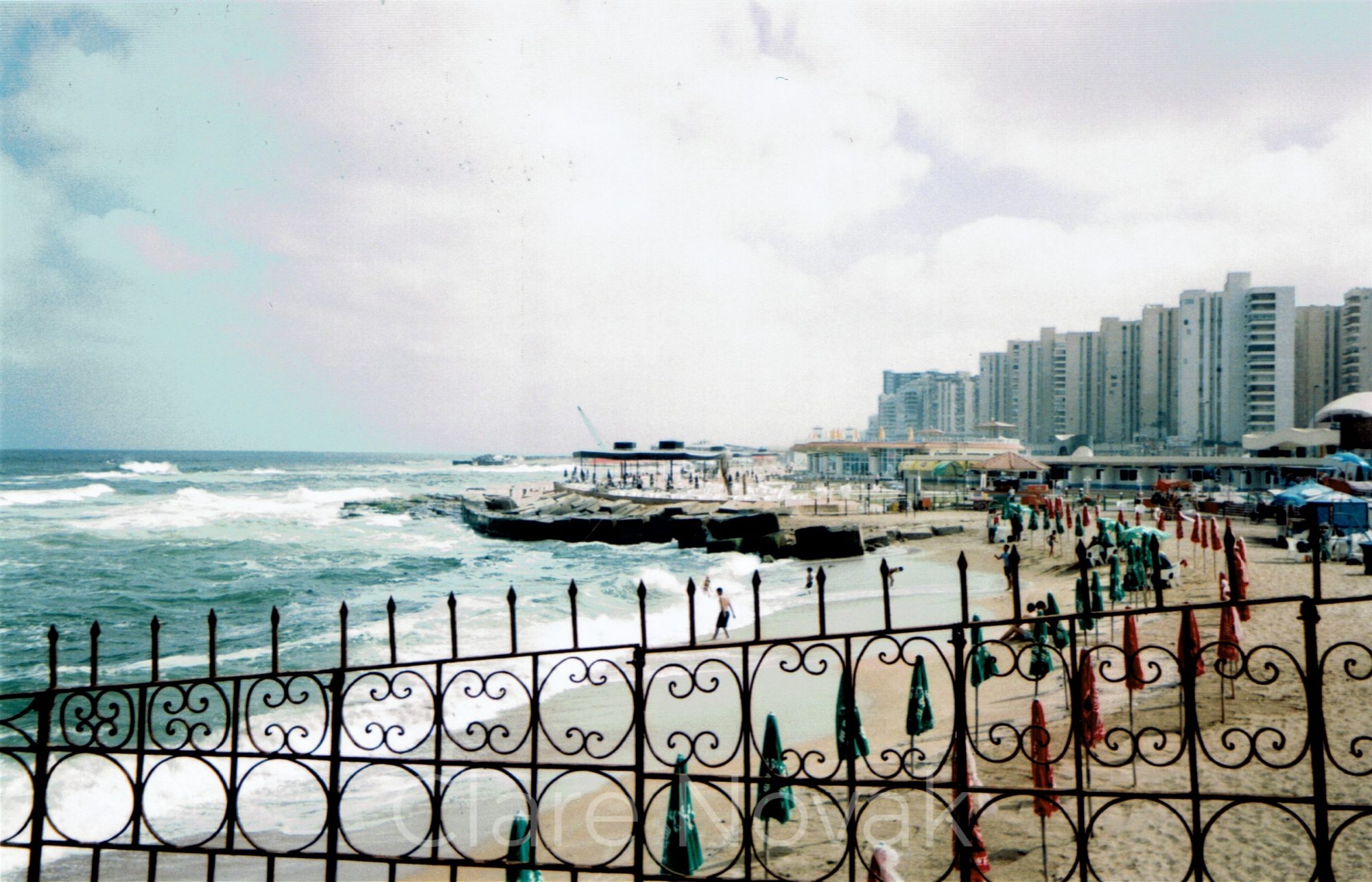 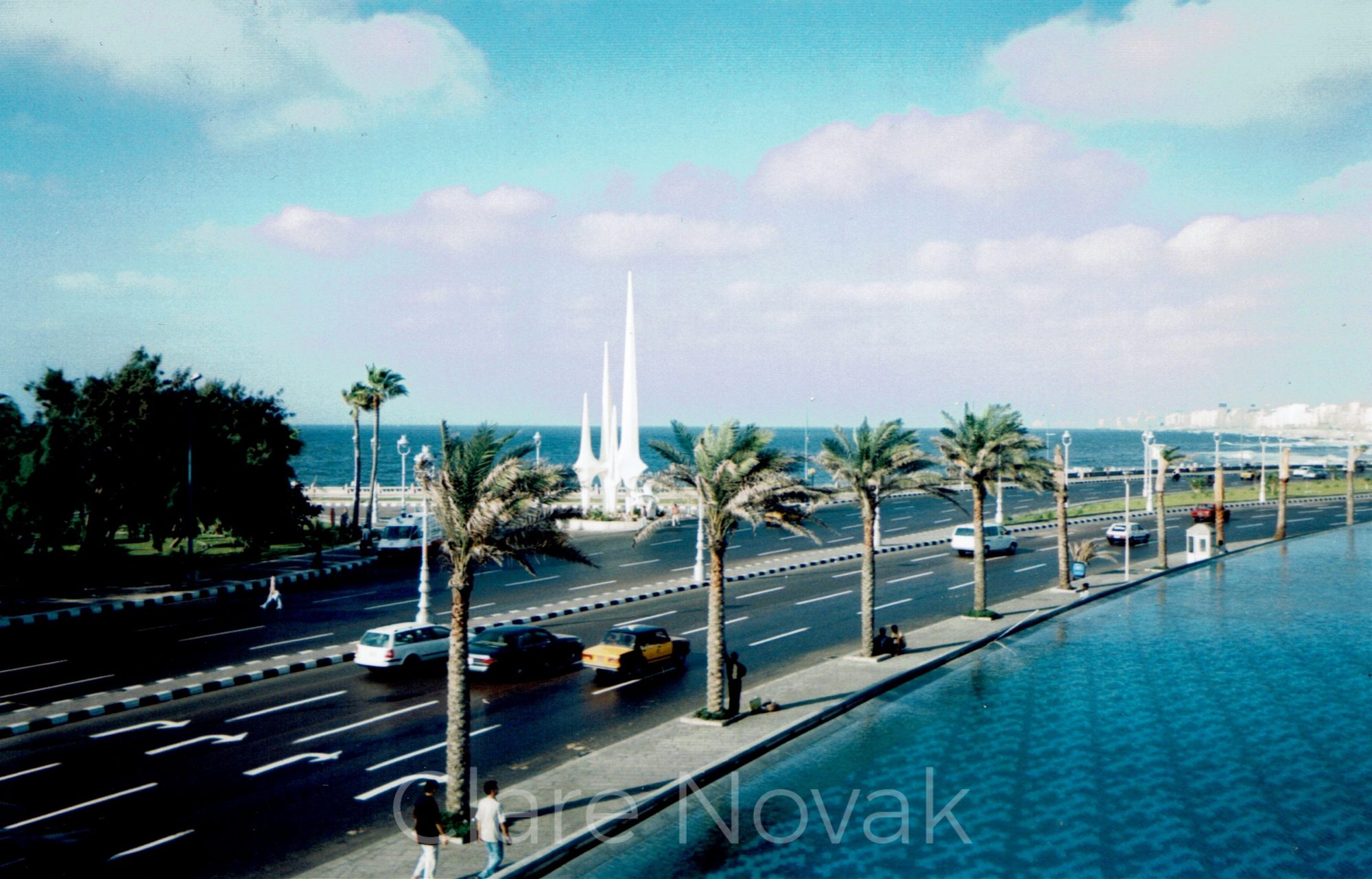 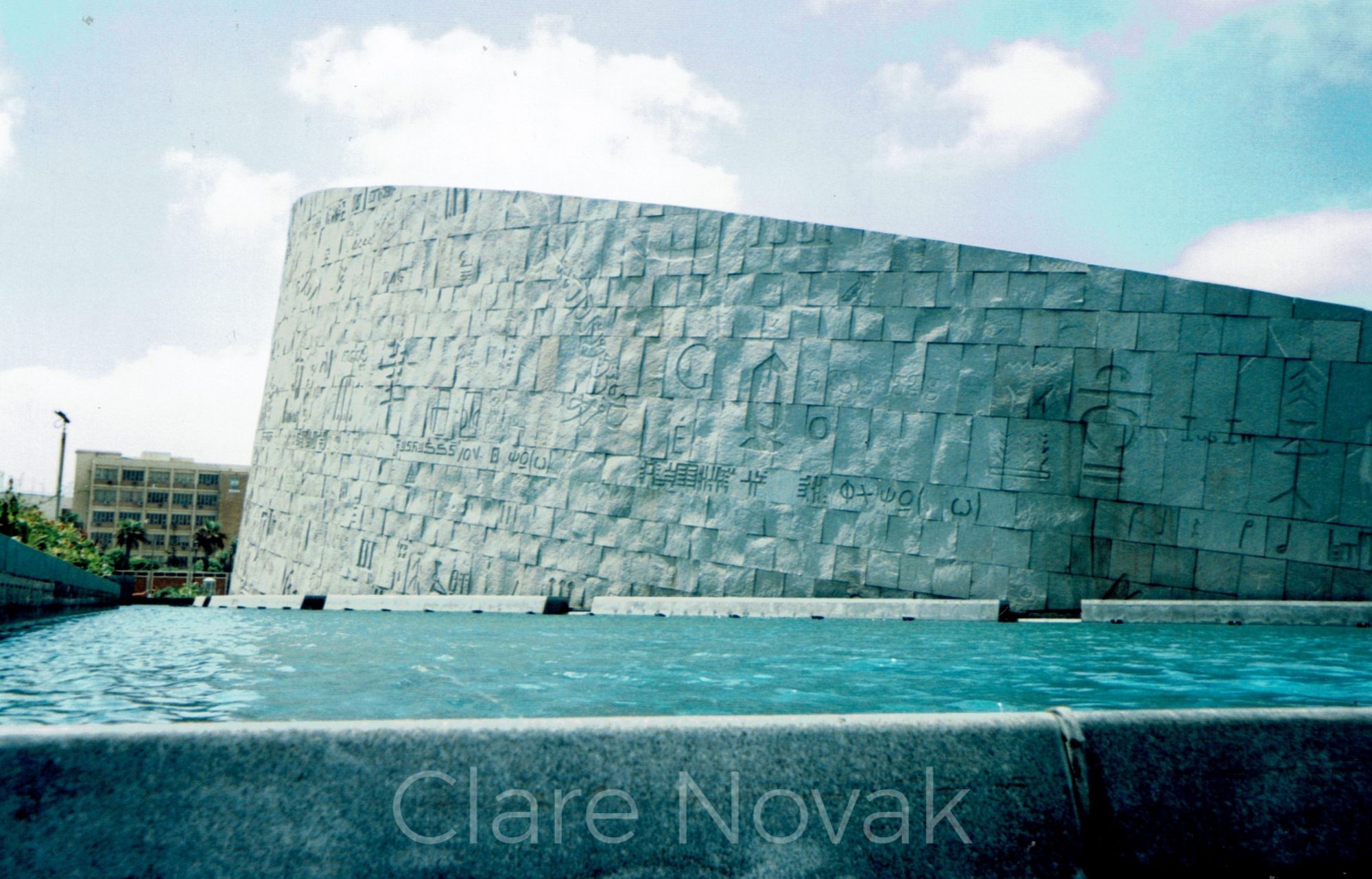 Would that I were writing this from where it deserves to be written. Since it cannot come from there, picture first a writer at a computer. Focus in on the ordinary computer connected to the everyday internet. The writer is a perfectly ordinary woman, average height, average weight, average looks, middle age. Pull back from that small image and take a look at the desk, a nice, light wood with a wood and leather desk pad. Notice that the chair is not the generic office chair you might have expected but rather a sculpted wooden chair with a leather seat.

Look around. The desk is one of many lined along the railed edge of an indoor terrace. Turn around. There are three more terraces above, raked at a sharp angle and three more below stretching out one by one. Ascend the stairs and look down on the writer. Now she seems a small figure floating on a ledge in space. Walk down all seven flights and try not to feel like a modern-day god descending from the altar of the temple. Try hard. Try to walk in your ordinary way; don’t straighten your back. Don’t gaze out to the sunlight through the eyes. Don’t look awed by the lotus pillars holding up the sky.

Behind you, there, see the accumulated knowledge of the world, in all the languages of the world. And it will not burn this time; there are fire curtains that drop and sprinkler systems to save it. The library at Alexandria will not be tragically lost again, leaving only one papyrus out of the hundreds of years of human knowledge once stored there.

So, a perfectly ordinary woman is awed by the architecture, so what? Did you look over her shoulder? Is that all she’s writing about? There, you see that’s not all. She merely stopped to contemplate how she would even begin to write about the rest. The rest. The rest.  In one afternoon, she had looked upon both a fragment of a page of Euripides’ script of Orestes and a Guttenberg Bible. An original page of Euripides, a Guttenberg Bible, the writer pauses. How can she explain why she cried? Books were alive to her and authors never died.

Ancient manuscripts spoke through the fine hand of the illustrator. Master craftsmen raised it all to fine art. Vivid colors centuries old invited the caress forbidden by the glass enclosure. She wanted to touch them, to feel in her fingertips the sensual edge of lapis touching gold. Temptation unrequited.

So a writer has a thing for books; now there’s a surprise. And it isn’t only books. Oh no. She inhaled the antiquities in the museum below. The mosaic dog is now a part of her repertoire. He looked so alive, as if his quivering muscles would propel him two thousand years and into the living world. The Hercules missing his butt amused her. The hand of an otherwise missing statue captured her. The hand was fine boned and expressive much like the hand of a friend. It was as if the hand alone expressed emotion, and no longer needed the body it once served.

She swore the sleeping baby statue still breathed, even though she knew it never had. A small ivory carving showed a nude woman and behind her a couple in flagrante delecto. The couple was never mentioned in the museum placard. Indeed, she supposed the Islamic museum curators hoped no one ever looked that closely.

And after all of that, there she was, still mostly ordinary, her foreignness her only claim to uniqueness. Reluctantly, she logged off the computer and exited the temple. Unwilling to forgo the state of grace, her stately pace took her around the outside of the temple. As a monarch toward a kingdom, she gazed upon the pond with reeds, the unity of sky and sea. She beheld the letters of the world, deeply carved and patterned in the temple walls. This was too much to touch, beside the blue sea, against the blue sky, a rising sun.

NOTE: The photo gallery shows scenes in and around Cairo, including the palace. The recently renovated and reopened Abdeen Palace…