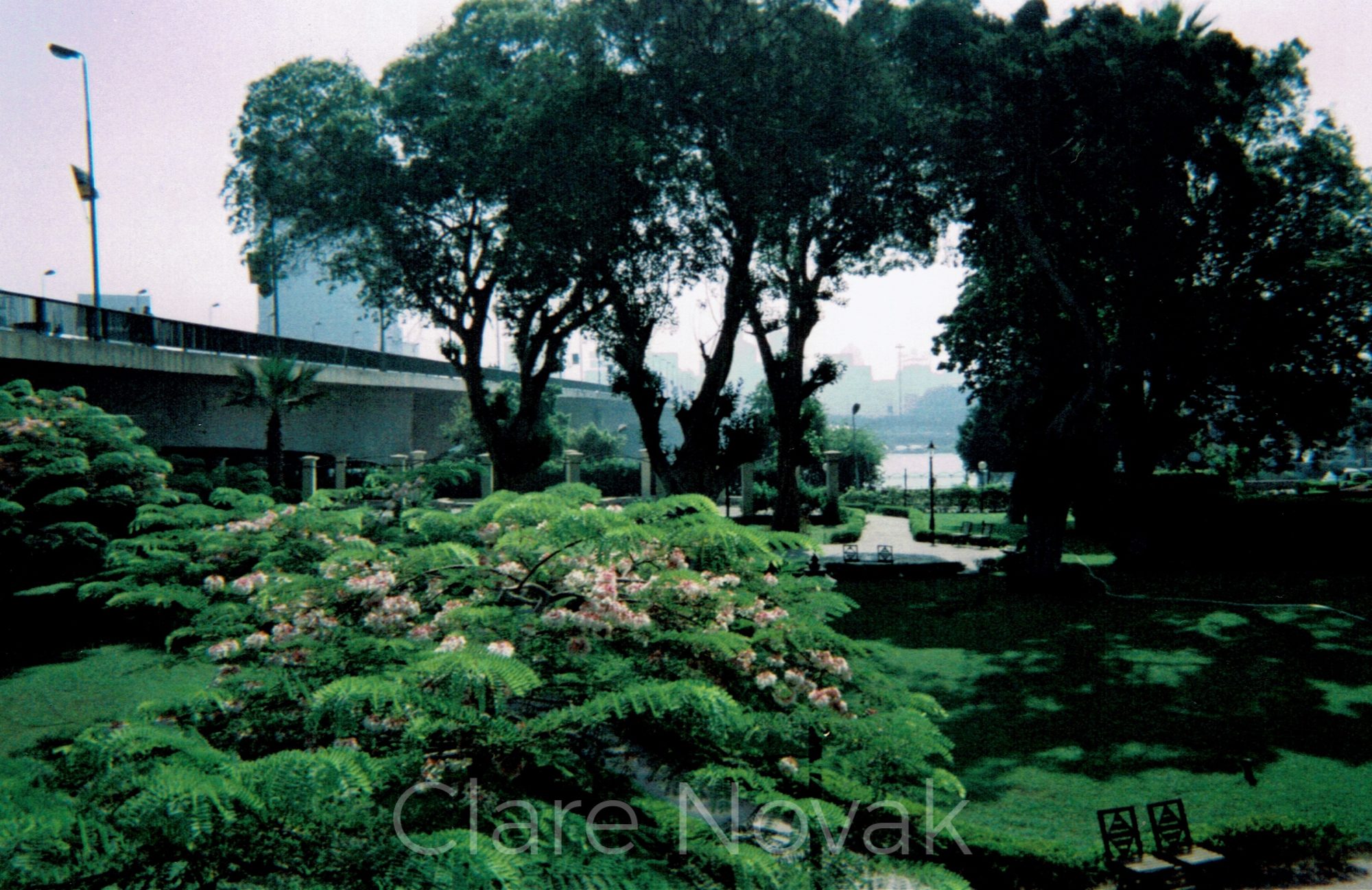 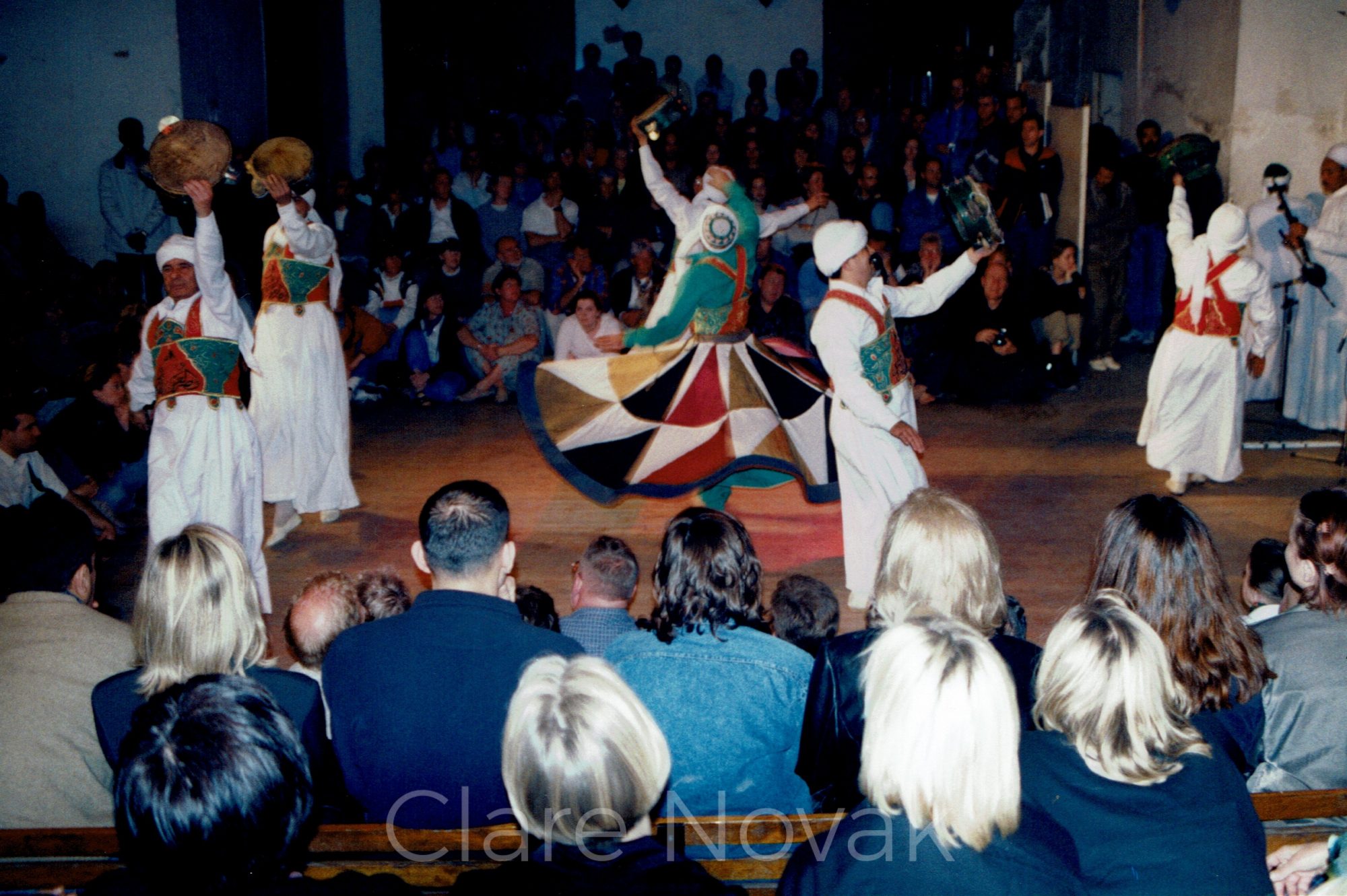 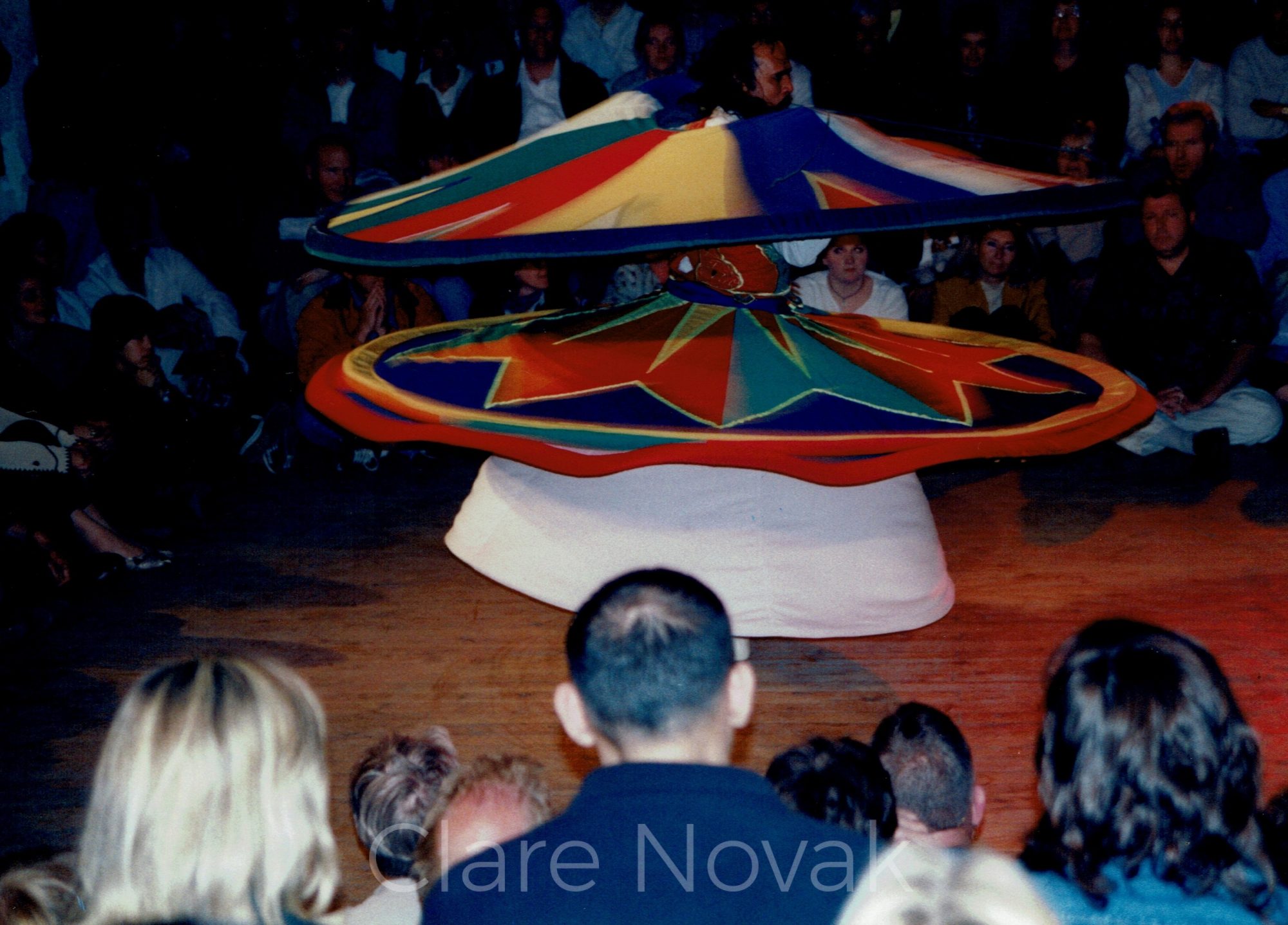 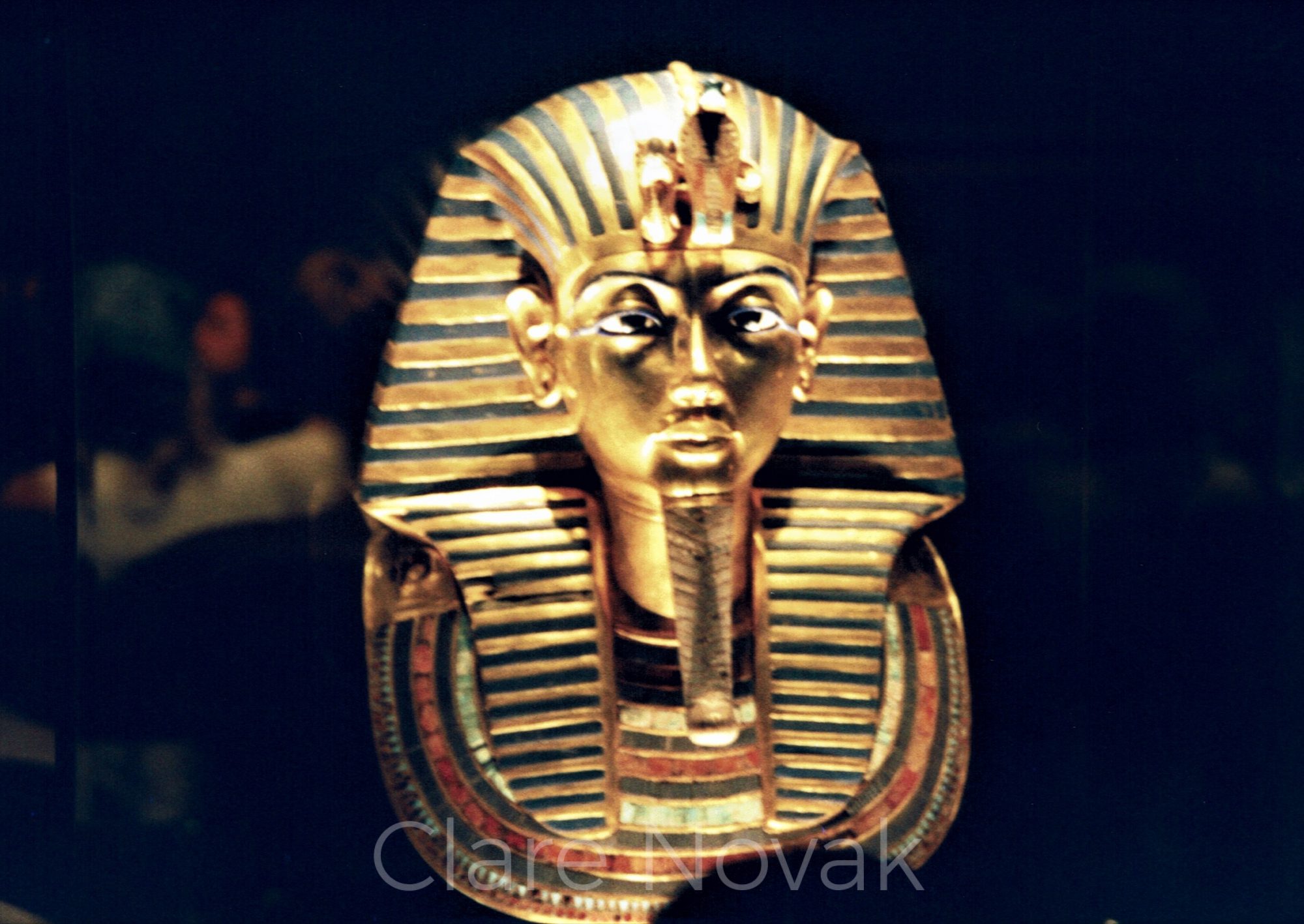 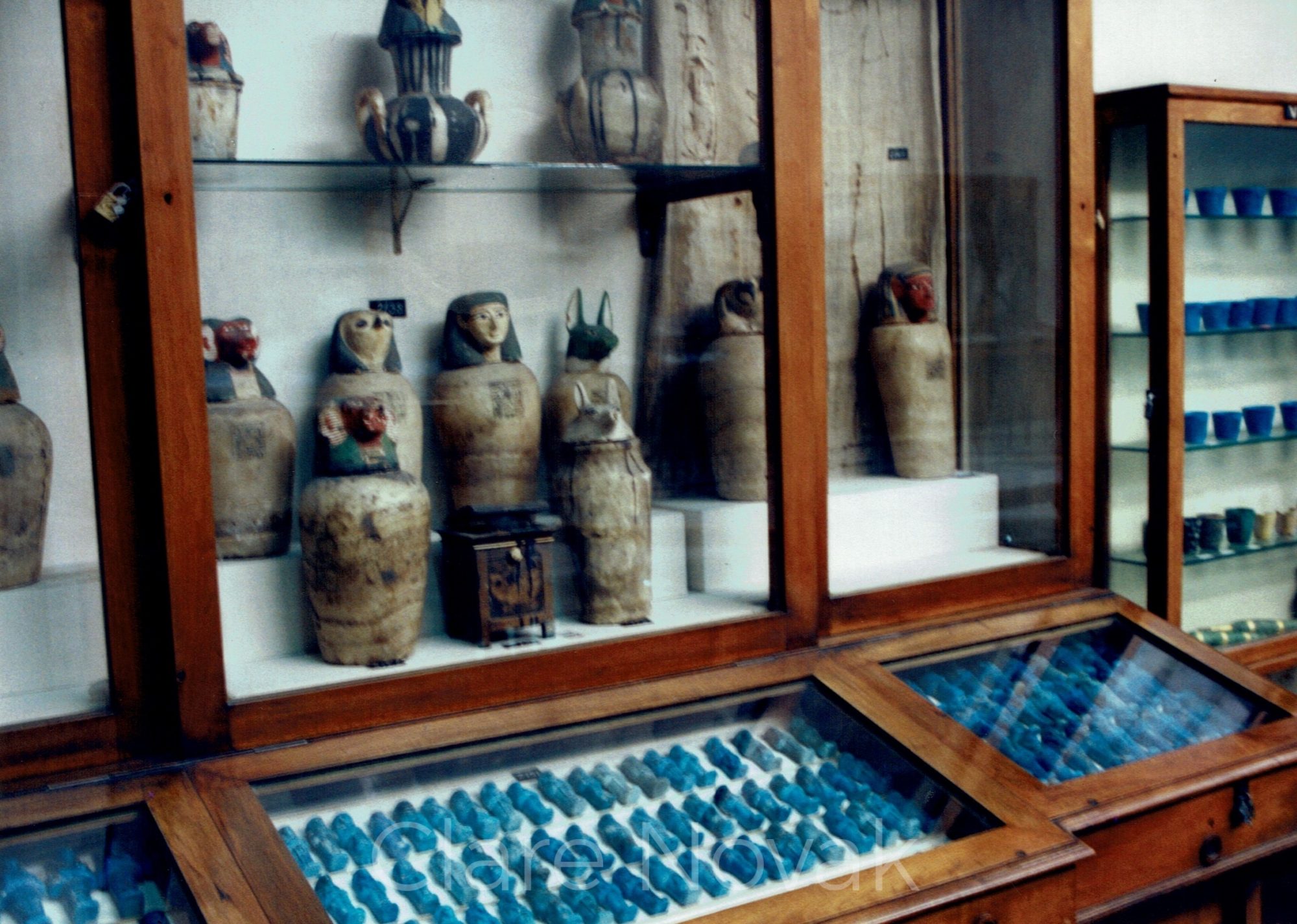 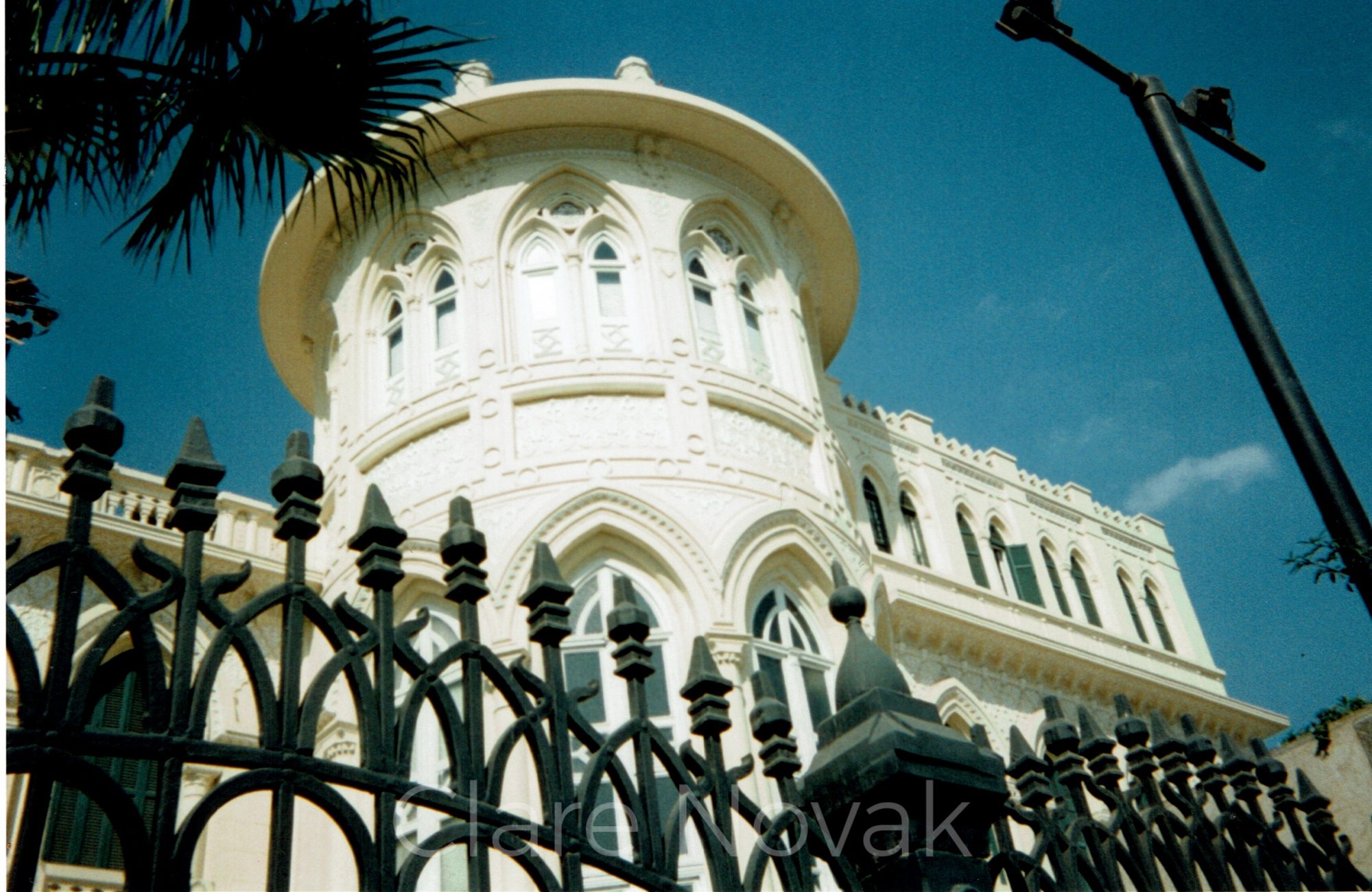 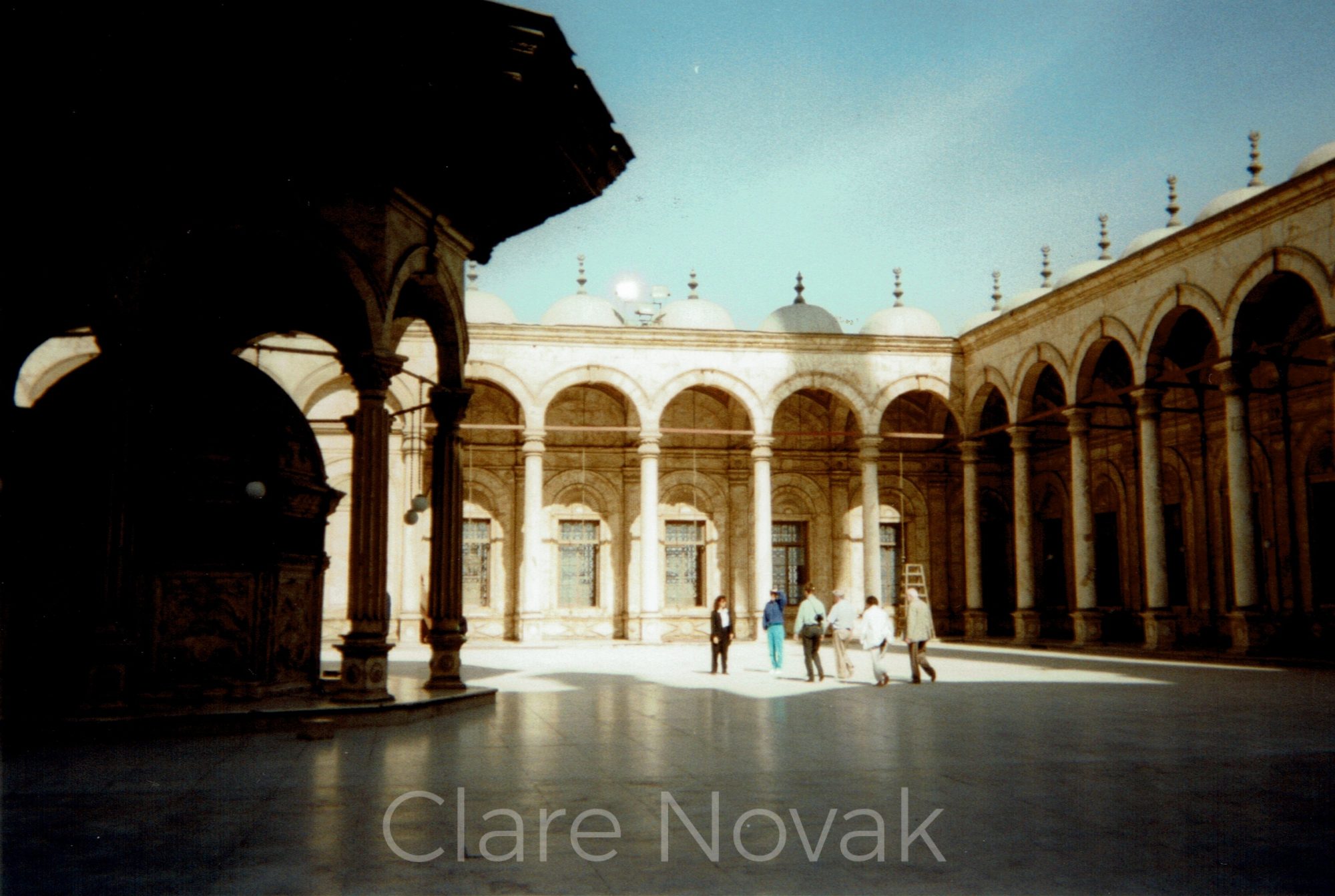 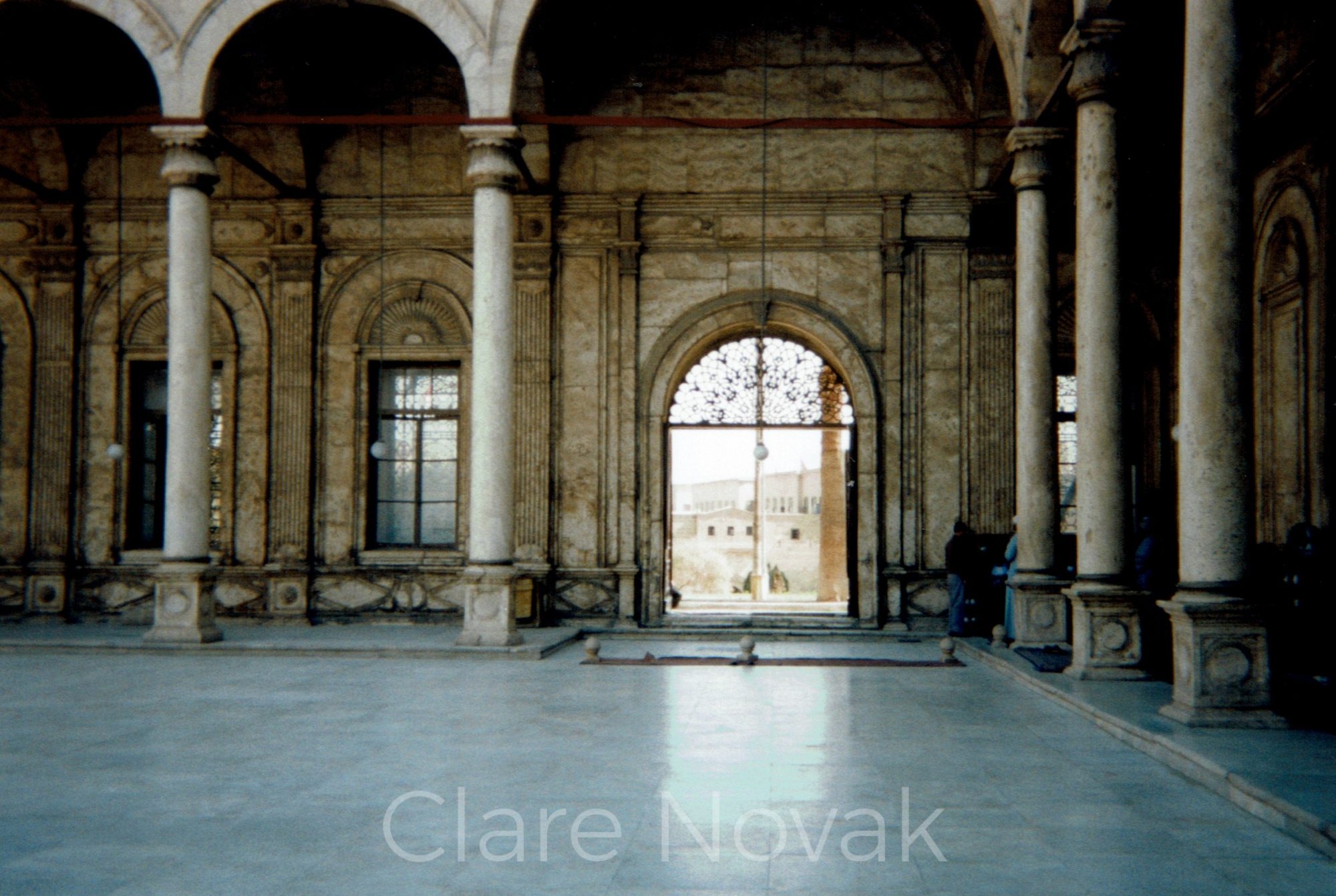 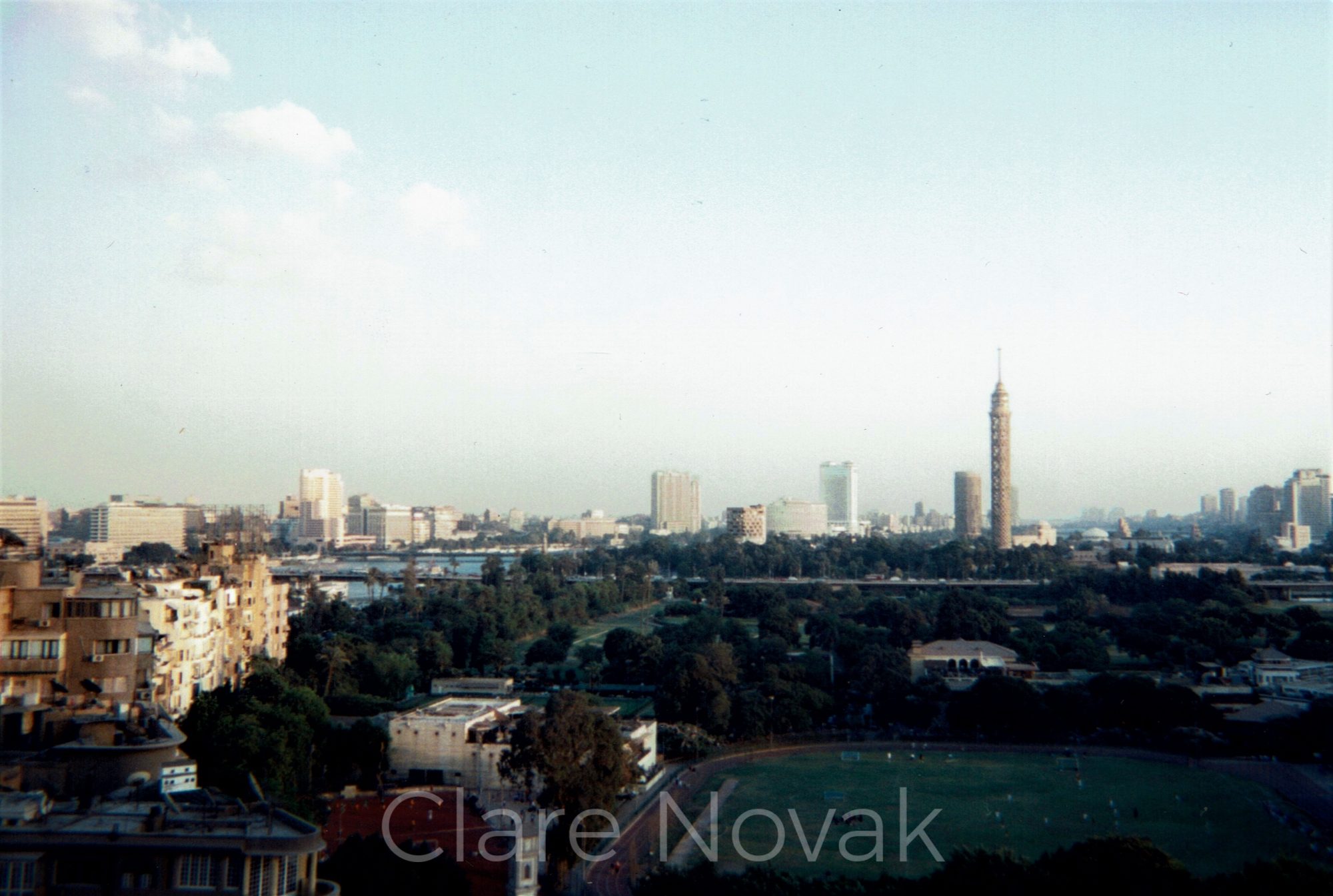 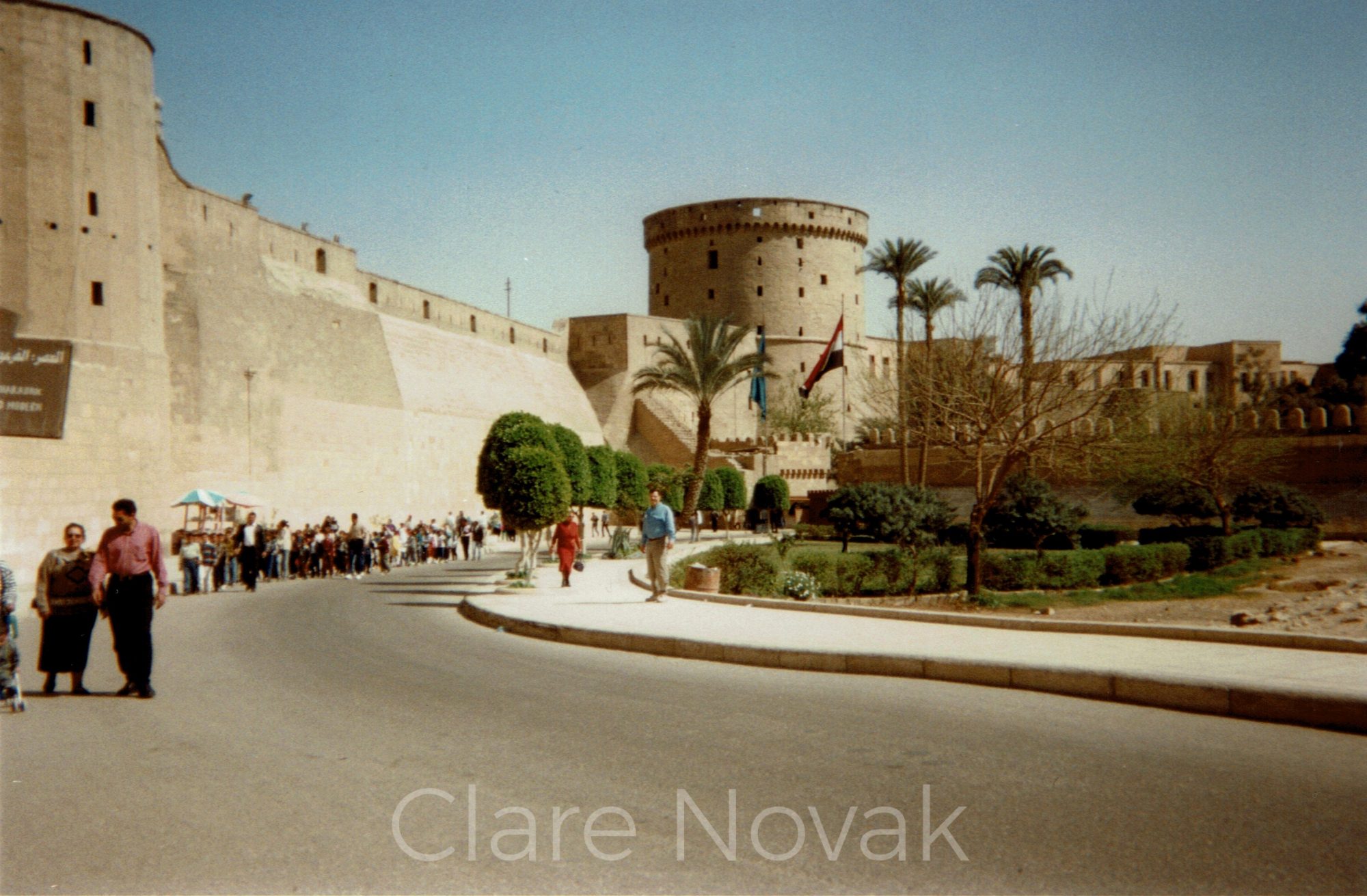 NOTE: The photo gallery shows scenes in and around Cairo, including the palace.

The recently renovated and reopened Abdeen Palace was something I’d never seen before in Cairo, and J also wanted to go. It’s a good thing he did because as hot and sticky as it was today I probably would have skipped going out. We had no clue what to expect.

Once we mastered the convoluted ticket and security procedure, we entered the gardens which were quite impressive. I don’t even want to contemplate the quantity of water it must take to keep them green and lovely. Of course, being Egypt, many parts could only be viewed from a distance, the sidewalks being blocked off for no apparent reason.

This is a military museum and I used to be unable to imagine what I’d find interesting in a military museum, an attitude I have since lost. The lethal and beautiful fascinates me. Museum One housed armaments, beginning with startlingly lovely and lethal daggers and swords from the sixteenth century forward. These beauties were decorated with gold, silver, turquoise, carnelian, ivory, amethyst, emerald, garnet, ruby, tourmaline and diamonds. One particular dagger with both an ivory hilt and sheath was tastefully appointed with approximately 100 Burmese rubies. Another ivory specimen was described as having “fancy animals;” Perhaps there isn’t a word for dragon in Arabic. My favorite was the dagger with a donkey-faced sheath and a hilt of donkey ears wearing an elaborate crown. The explanation noted that this was “a sort of a sarcasm about the monarchy,” yea, sort of.

Beautiful was only half the story. There was a particularly nasty looking dagger resembling grass clippers with a third blade. The Persian blades had a wicked curve obviously designed for both slicing and dicing. One of the most wicked had a wavy blade designed for damage on the way in and the way out.

Of course, as the years progressed, the blades gave way to guns and I was rather surprised to see a Civil War Spencer rifle in Egypt as well as a Remington and a Winchester. King Fouad had apparently been a collector. There was also a Colt 45 with a mother of pearl handle carved with a Texas Longhorn. Less surprising was the Nazi weaponry. Rommel’s dagger inscribed, “Alles fur Deutschland” lay near Mussolini’s pistol.  One of my favorite items was the precursor to the modern Swiss Army knife—a German model about 10 inches long containing 96 tools, from a full set of cutlery to a hacksaw. They also had a French model, only 12 tools one of which was a corkscrew. Viva La France!

A second museum is also housed in Abdeen Palace and it contains diplomatic gifts given to President Mubarak and to earlier Egyptian kings. After having seen the goods, I can definitively say it’s good to have friends in high places. Rich people give each other the coolest stuff. Do I start with the marvelous sculpture of ducks rising from a lake and point out that the lake was lapis lazuli, the shore malachite and the ducks silver? With the solid gold palm tree from the Arab Emirates? Or the lead crystal replica of the mosque at Mecca from the Saudi Royal Family?

Maybe I should start with the room labeled “Silverware,” not your momma’s service for 12, I guarantee you. Don’t know that I’d call a four-foot high solid silver table with sculptures of hunting scenes and a tray on top a “fruit plate” but hey, whatever floats your boat. Since my tastes run to simple and clean lines, I’m sure if I owned one of these “fruit plates” I really wouldn’t need the other three. Even the complete silver dinnerware service for 50 was a little much for me.

The Medal Room was another curiosity. It housed commemorative medals and gifts. One such was a letter opener from France described as the “Evill Tower” though it was clearly the Eiffel Tower, but I guess it depends on how you feel about the French. What tickled me most was a medal for the “Order of the Pigeon.” For years I’ve tried to pick up some Arabic and I tried to learn the word for “restroom” which is “hammam” and as it turns out “hammam” with, to me, an inaudible difference in pronunciation, is also the word for pigeon. So, for years I’d say I was going to the hammam and A would laugh, so I finally gave up and just said in English “I’m going to the pigeon.” Until today I didn’t know I could get a medal for that. The presentation papers from Hermann Goering to King Farouk were not nearly so amusing.

After Abdeen we hied us hence to Khan el Khalili, but you’re read those stories already. So, let’s just say I got out with two Christmas presents and an alabaster vase.

Would that I were writing this from where it deserves to be written. Since it cannot come from there, picture…