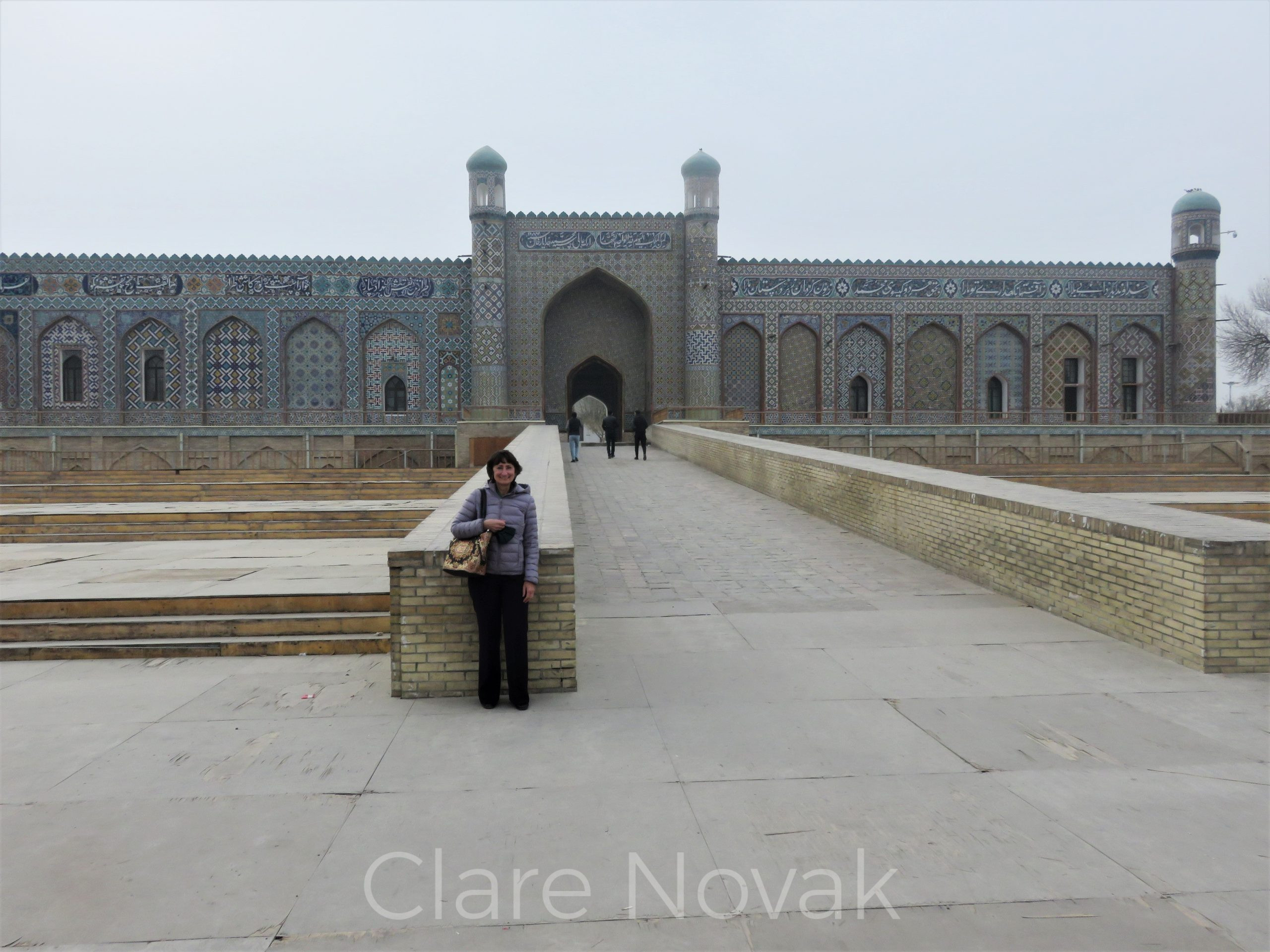 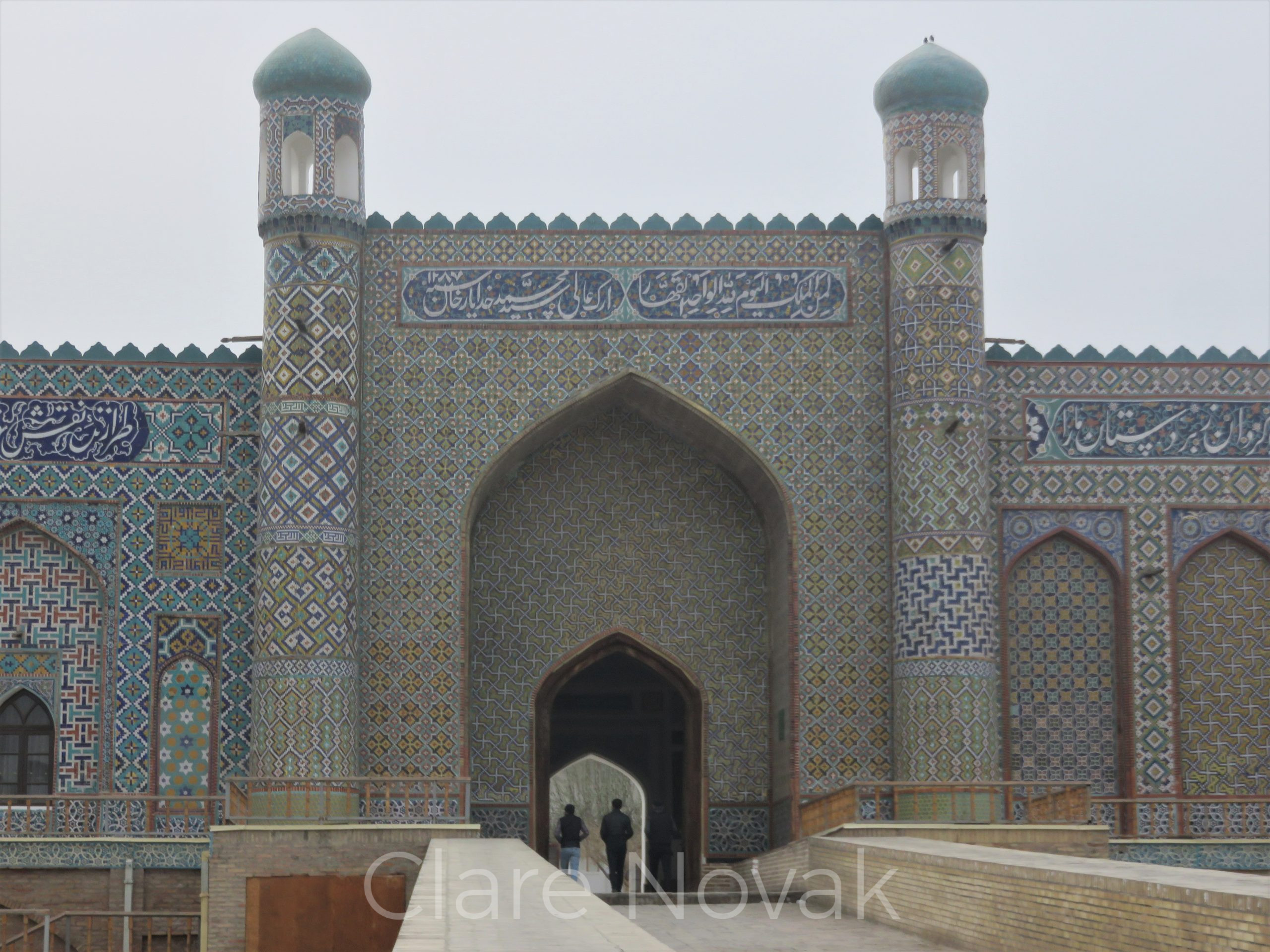 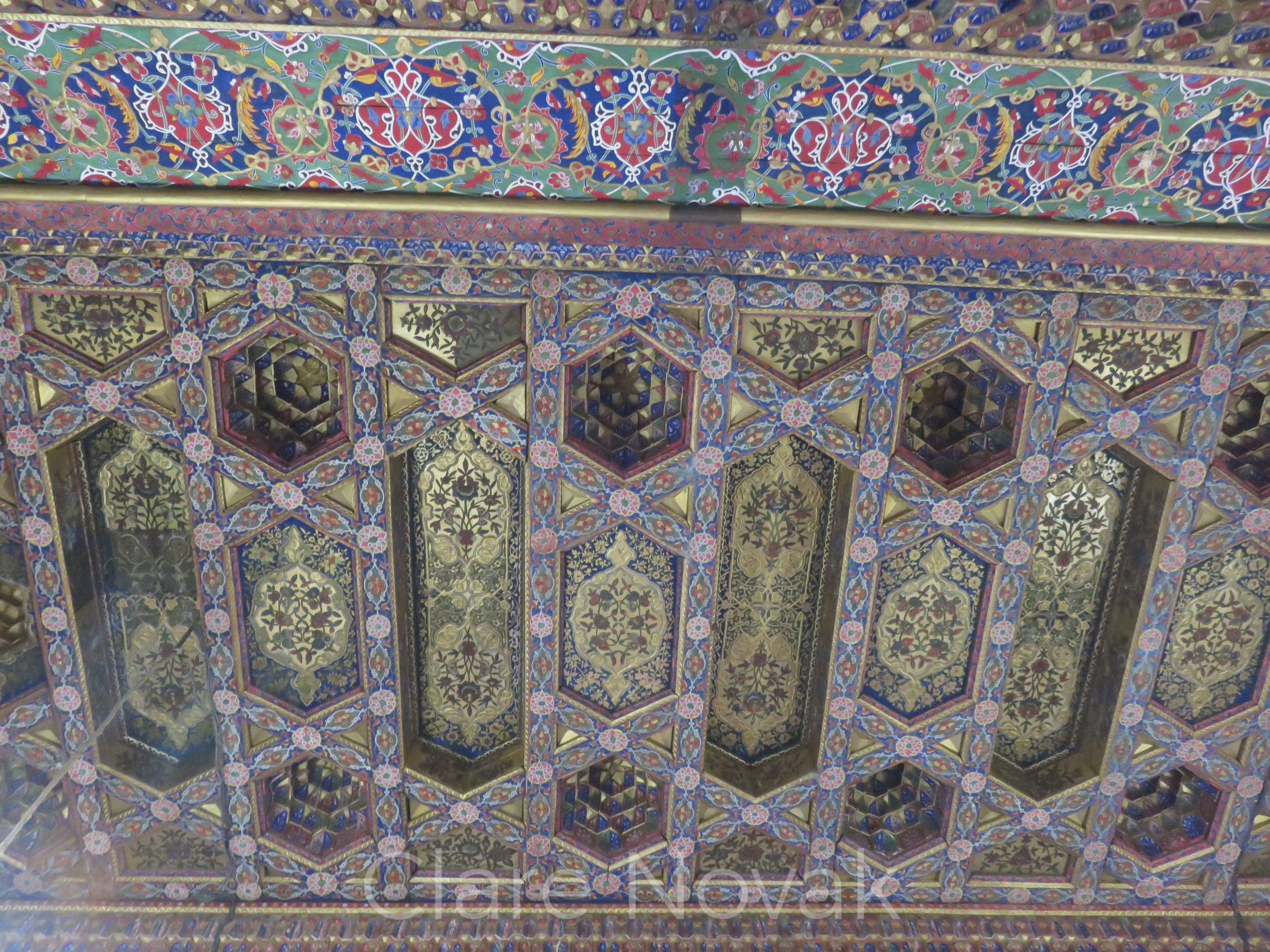 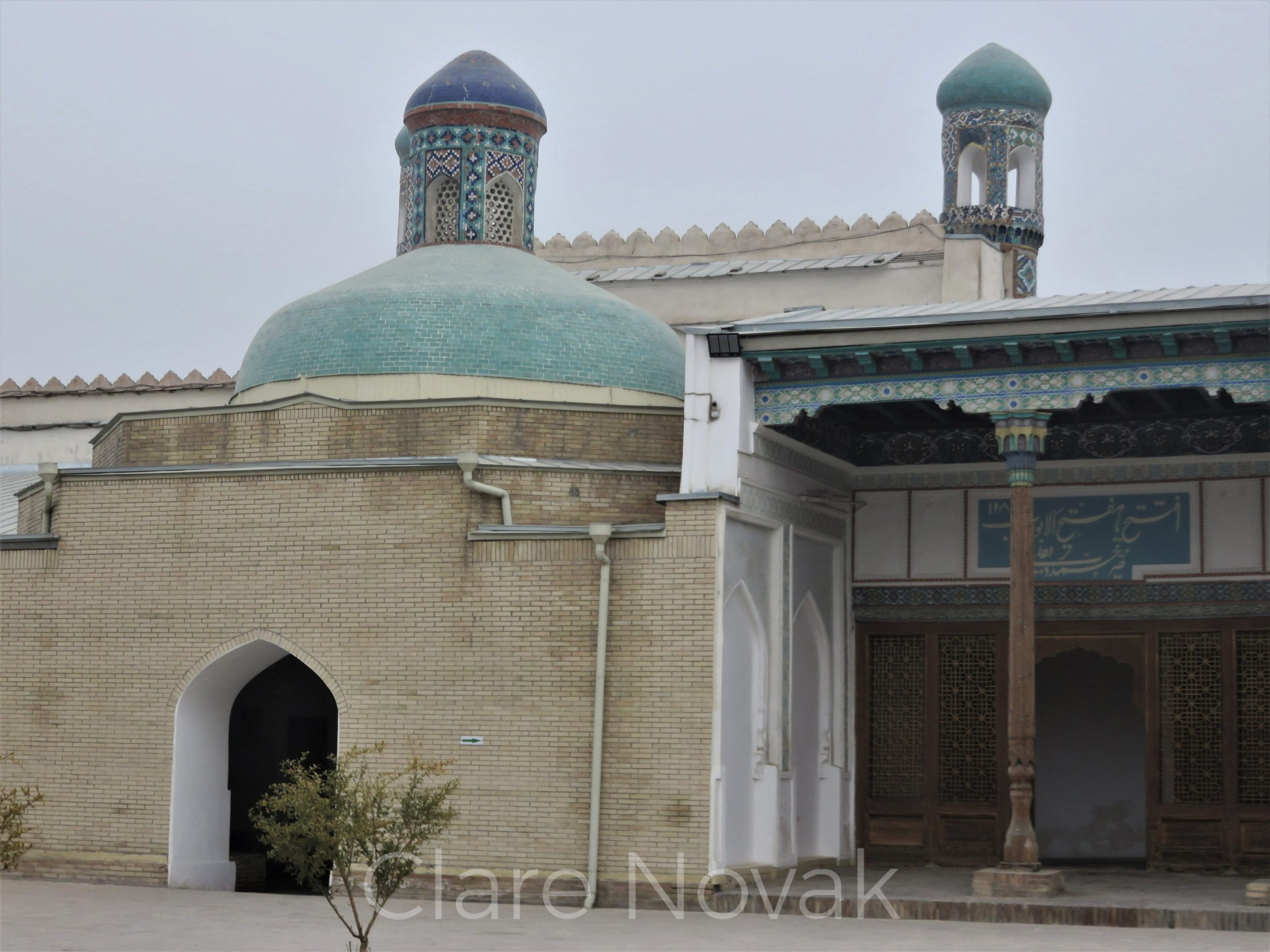 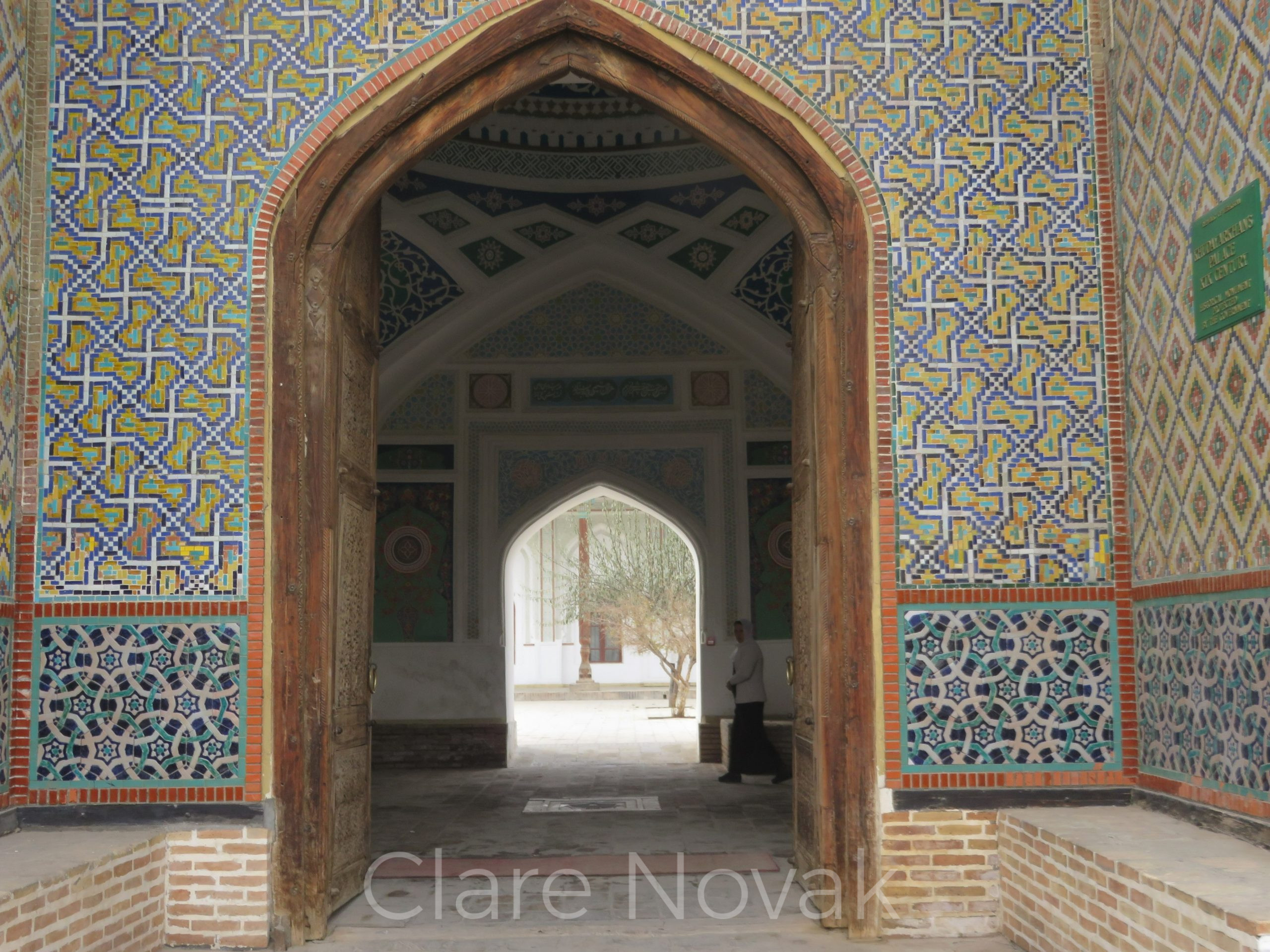 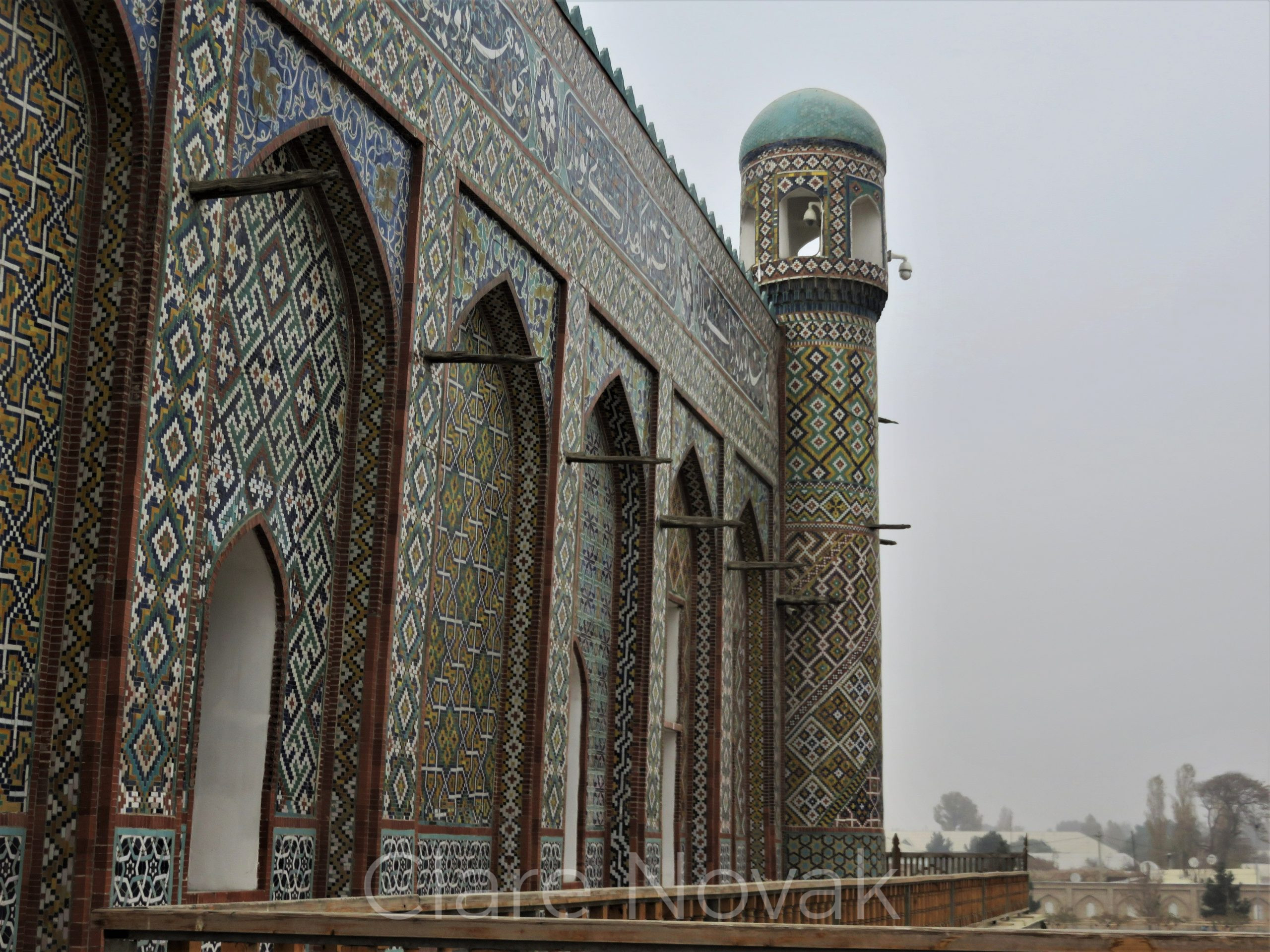 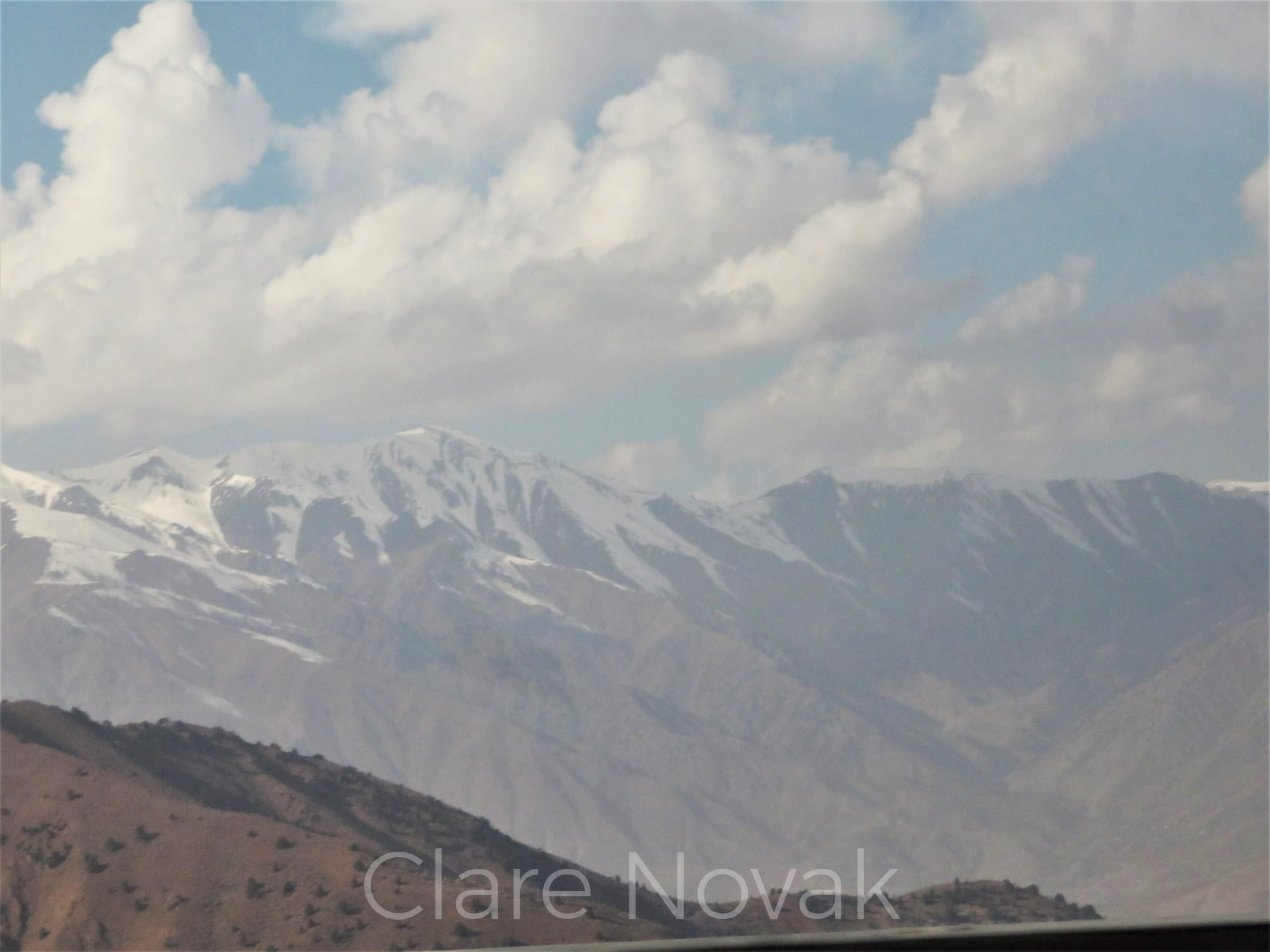 Traveling from Tashkent to Kokand, where our worksite was located, proved an interesting journey through mountain passes. As we left the plains behind, snow-capped peaks dominated the landscape. On the other side lay Kokand. Nearly four-hours’ drive from Tashkent, we passed through mountain villages and summer vacation camp sites taking advantage of impressive vistas and no doubt cooler summer temperatures.  Cars, though still common, gave way to a few donkey carts and men on horseback. Shepherds watched their flocks. Men and women alike harvested cotton.

Given our work schedule, my colleague Dinara and I saw little of Kokand. While there were historic madrassahs in the area, we only saw them on the map. We did have the time for a short visit to the Palace. The Palace of Khudayar Khan was built between 1863 and 1874 by ruler Muhammad Khudayar Khan.  American diplomat Eugene Schulyer described it as being “much larger and more magnificent than any other [palace] in Central Asia.” Khudayar Khan commissioned architect Mir Ubaydullo to build him a royal residence with 113 rooms set around seven courtyards. The ruler wanted his mother to live in one of the palace’s grand buildings, but she refused and set up her yurt in a courtyard. Moms are so cool. I smiled to think of how that conversation went between mother and son. I suspect it was not unlike my grandmother informing her kids that, no, she did not want a new fangled electric stove and that she would keep her coal stove regardless of what the kids wanted her to do.

Only, nineteen rooms remain, as unfortunately, under Soviet rule most of the palace was demolished. These remaining rooms are what is now open to the public. It is sad to see this mere shadow of glory. At least there is somewhere for the school children to visit that gives them a sense of time and place.

Our client hosts were most generous with hospitality and treated us to both a traditional Uzbek lunch and an Indian dinner in celebration of Diwali.