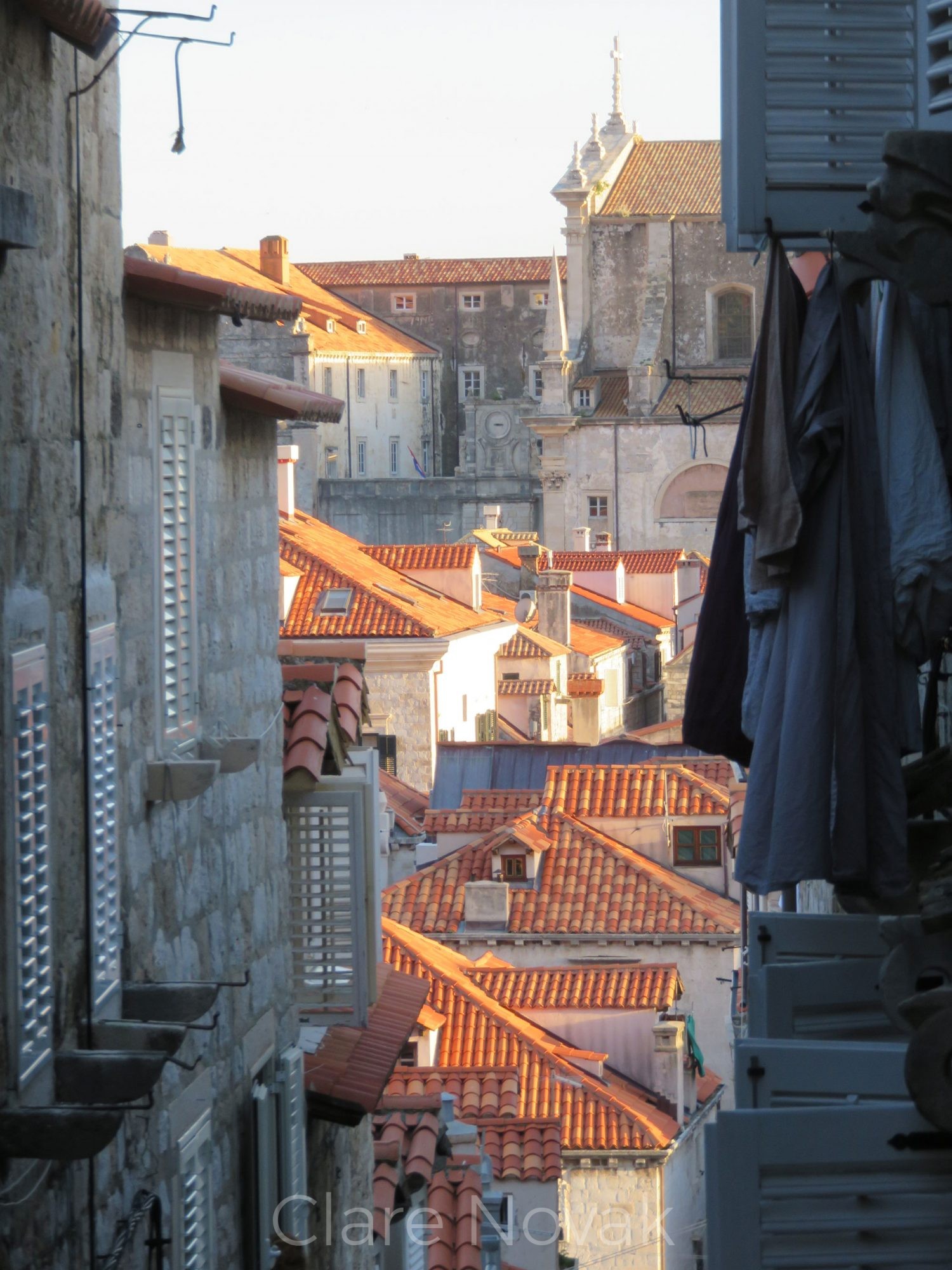 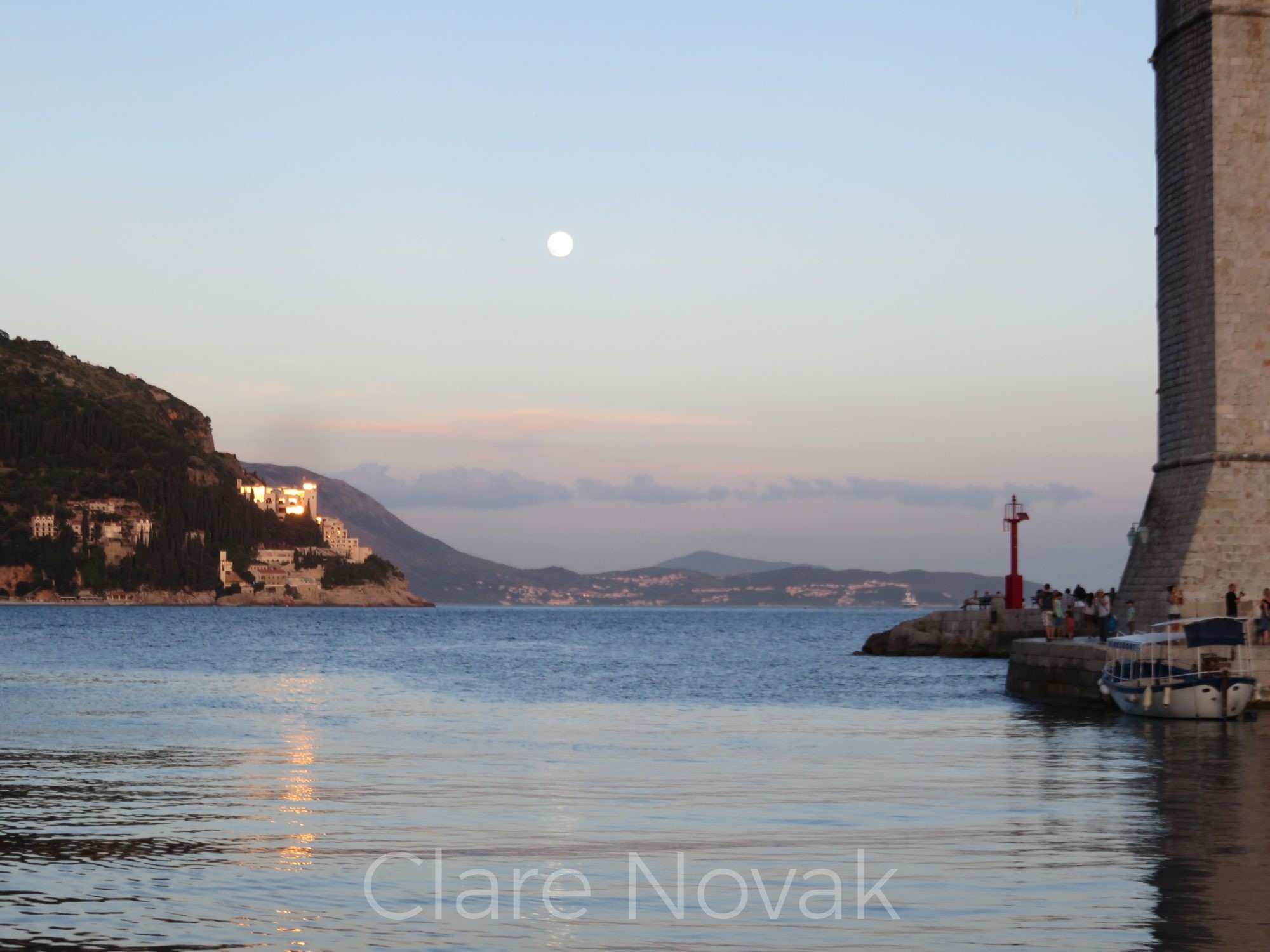 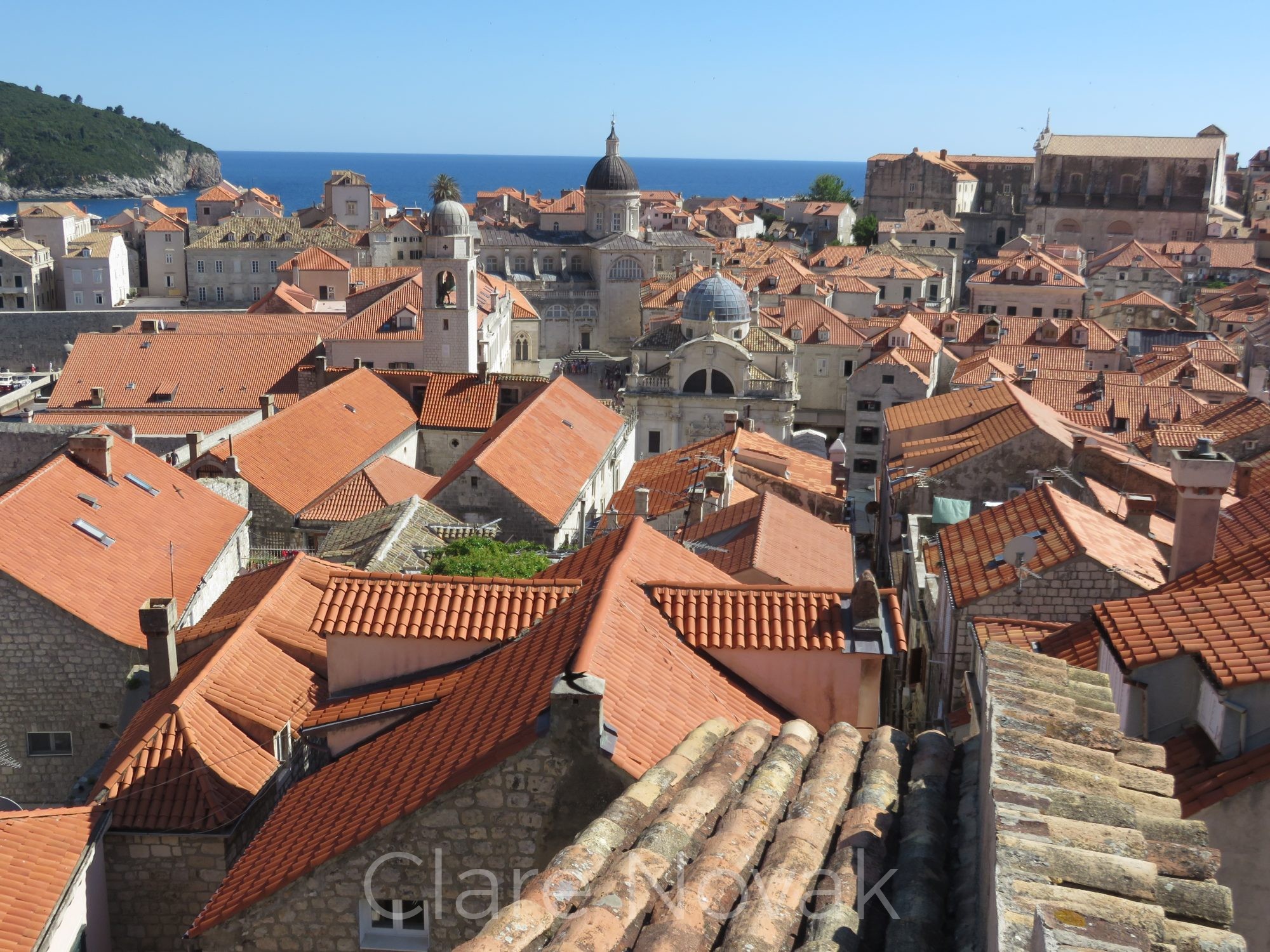 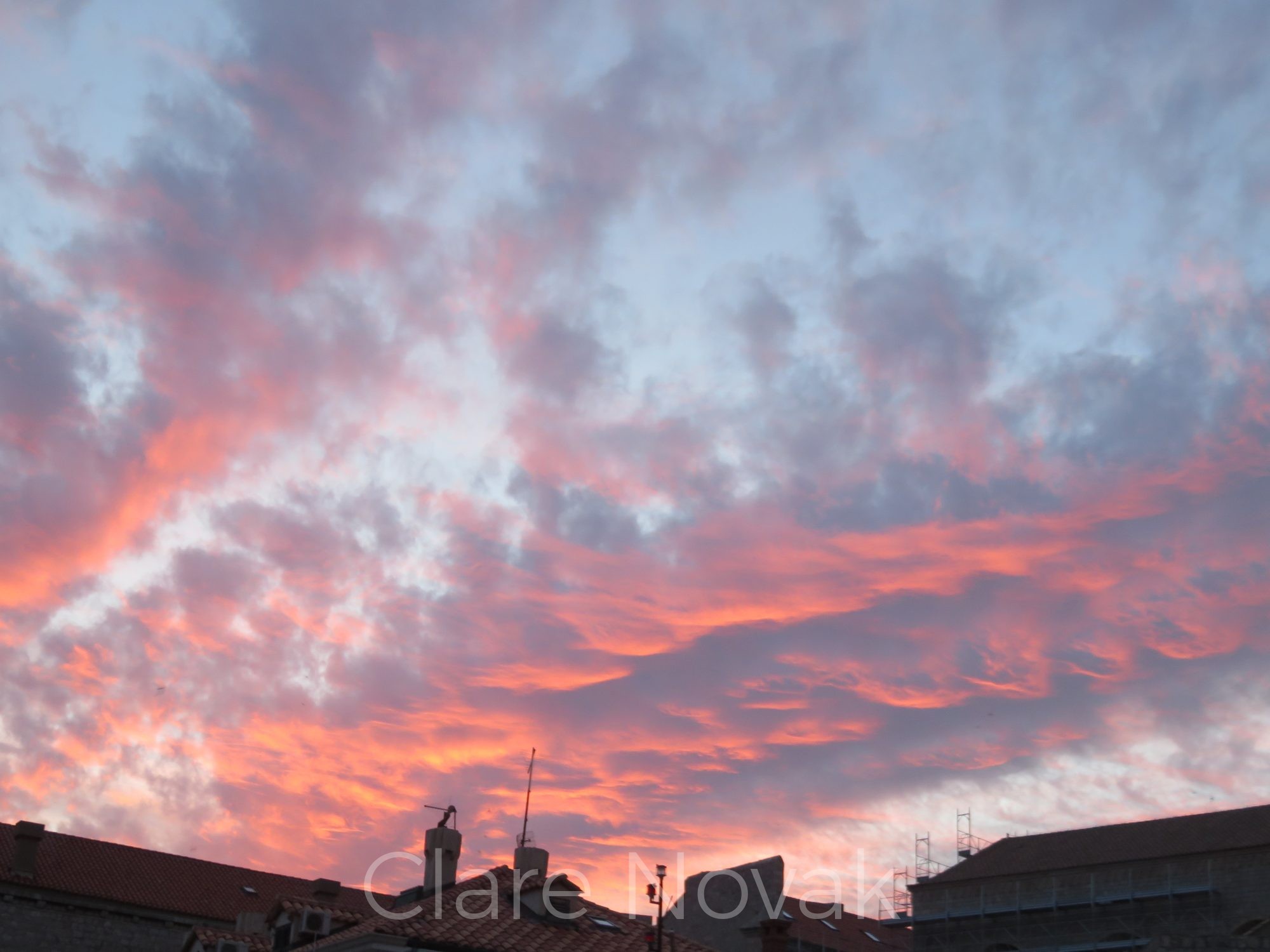 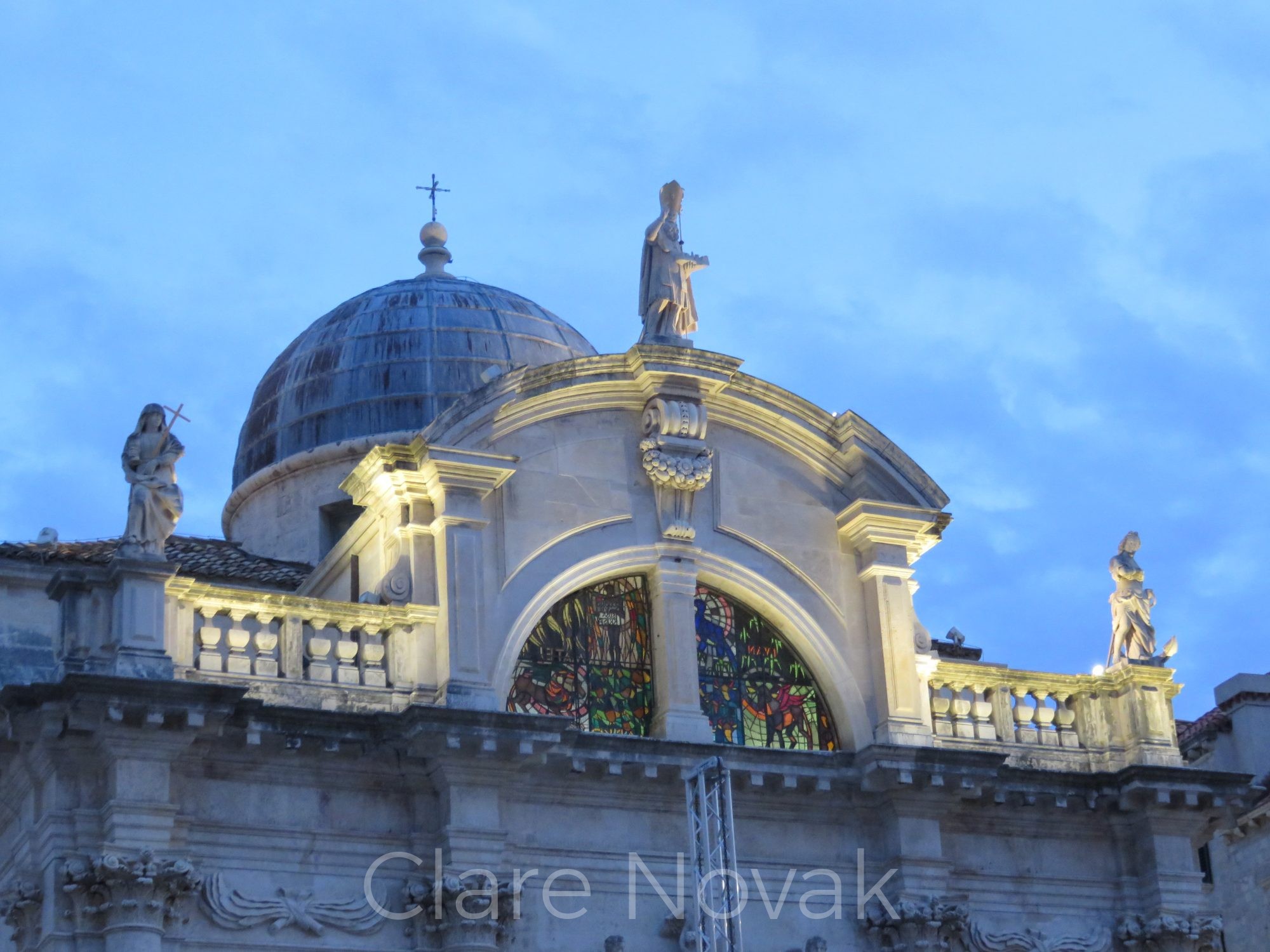 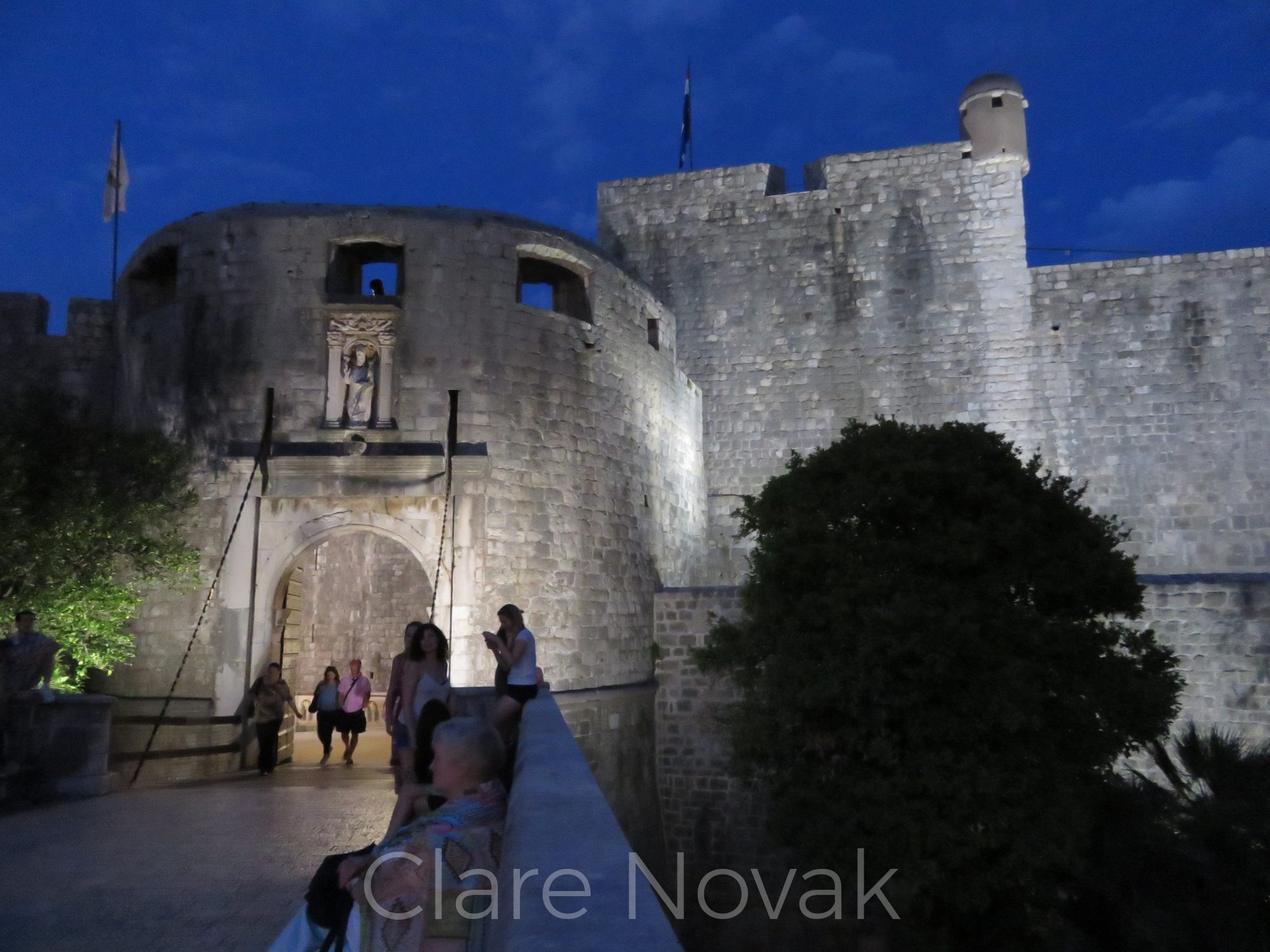 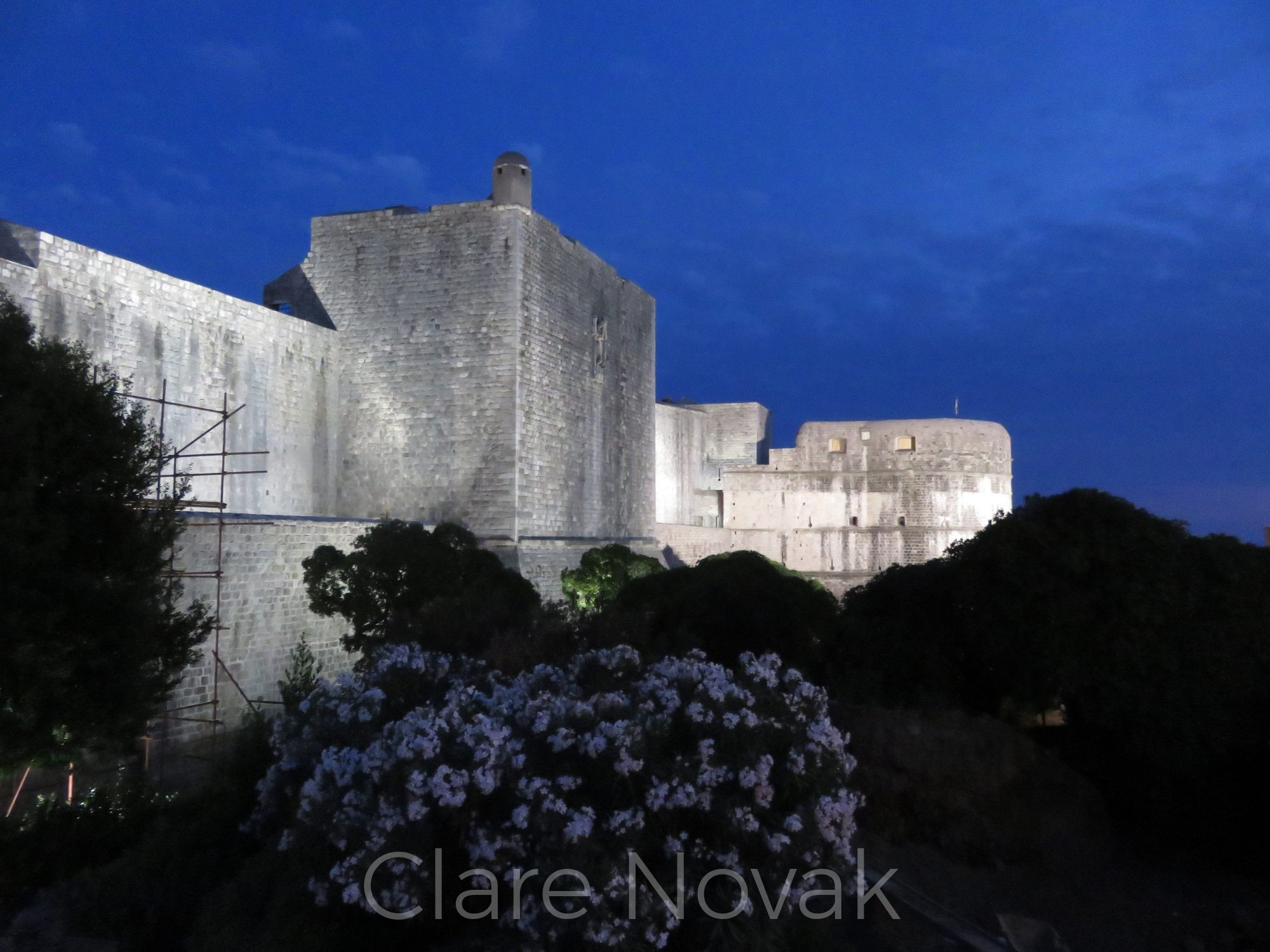 Dubrovnik is worthy of its UNESCO designation. It truly is a magnificence the world should treasure. As is my habit, I merely wandered and absorbed that first day. A museum here, a church there, a climb up a steep alley of stone steps. It’s simple to wander as a solo traveler. The groups travel in herds to the main attractions. Solo, it is simple to see the little things and return later to the greater once the tours are gone. Greater is a matter of reckoning though, as the small, the out of the way, and the accidental discovery can be the greatest of them all. And so it was for a beer with a view.

After climbing steep and uneven steps in an alley, I encountered a hand-lettered sign with an arrow. It read “Best View.” The arrow pointed up narrow and slippery steps that, of course, I climbed. As I stepped out of a stone archway, there was a most beautiful view of the Adriatic. The Adriatic is a deep blue, all its own. Here, the Adriatic met the city walls of Dubrovnik. This was a view to be contemplated and savored and it mattered not that the local beer was merely adequate. A mediocre beer was a cheap price to pay for the view.
That Dubrovnik was once under the rule of Venice is evident in the architecture. Warm orange tiled roofs, arched, covered walkways, monasteries and churches. It was a center for learning. St. Blaise, whom I knew from childhood was a saint of healing was more than that. Blaise was a man of learning, a doctor, a pharmacist. The ancient pharmacy is now a museum full of herb jars. All these things and the beauty of the old city defending against invader from the Adriatic now accommodates modern commerce, wine bars, restaurants, gelato shops, Irish Pubs, jewelry and what not.

At the end of the day, I chose a meal with a view. Just outside the walls were restaurants with views. Indeed, one would have to be absurdly inept to take a bad picture in Dubrovnik. I had chosen my restaurant but it was still early and I walked about, stumbling onto a cliff side park with another most excellent view. When exhaustion hit, I ambled downhill to the restaurant. An accommodating waiter provided me with a table with a view, a glass of decent wine and deemed my entrée choice “wise.”

While awaiting food, I was treated to a theater of humanity. A millennials couple, the next table over, never once looked at or spoke to one another but I’m sure their Facebook friends enjoyed the food photos, and continuous messages.

In a bit, a couple made an entrance. He was buff and in his one size too small t-shirt showed off his pecs. She clearly strived for fashionista status, tottering on platform high heels and wearing black and white. Her white skort was embellished with oversize laces connecting the two sides of the skirt over the shorts. The couple air kissed the waiter and Queen Elizabeth waived to others. As they sat, she fixed her long, black hair over one shoulder and took a selfie. She moved the hair to the other shoulder and took another selfie. She then split her hair over both shoulders and took a third selfie. She then gave her mobile to her man and he took three more photos of her. Amusingly, though her hair was long, and dyed black, it was dull and cottony; not at all worth featuring in six photos. You pay for the meal but the show is free. 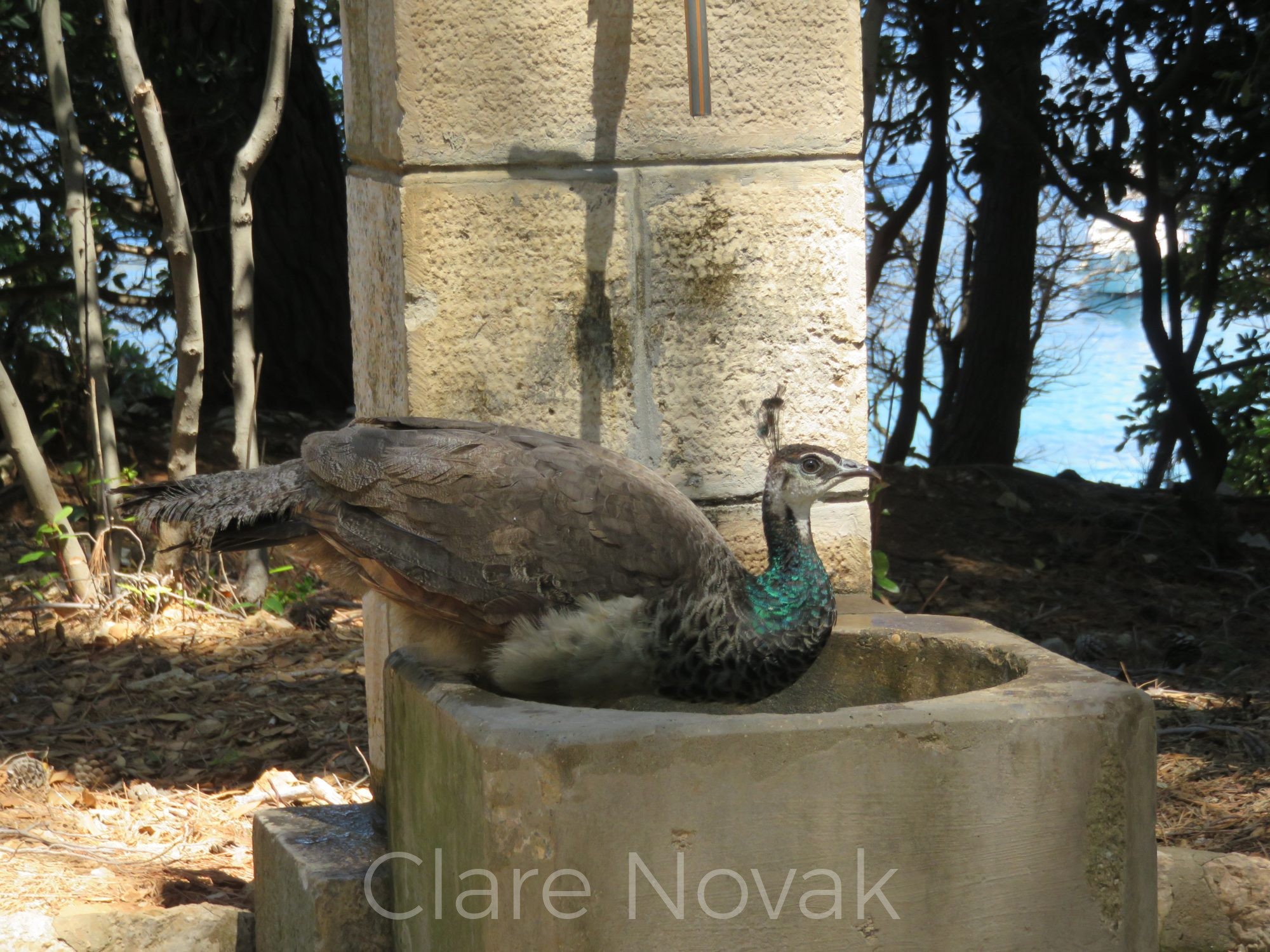 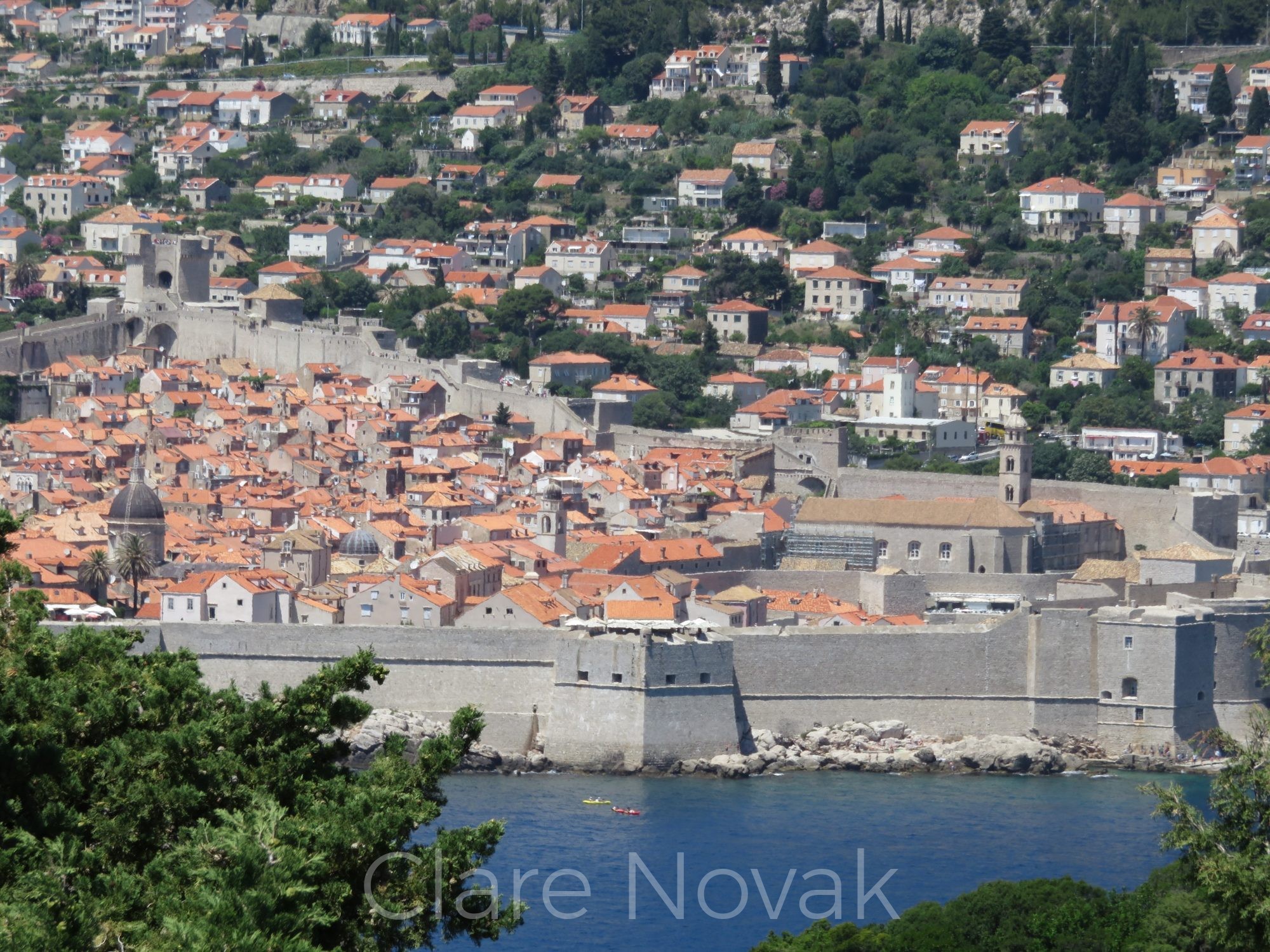 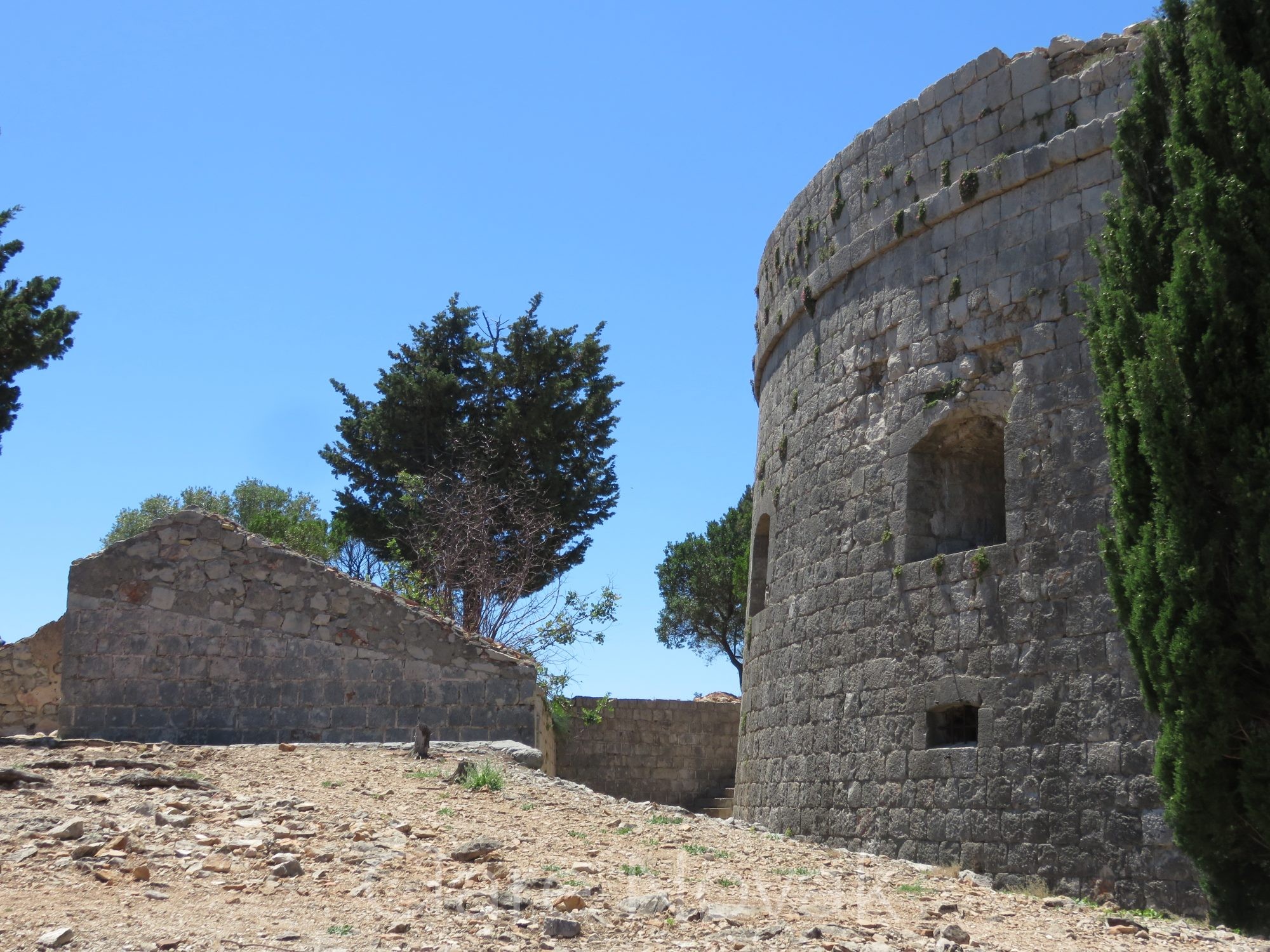 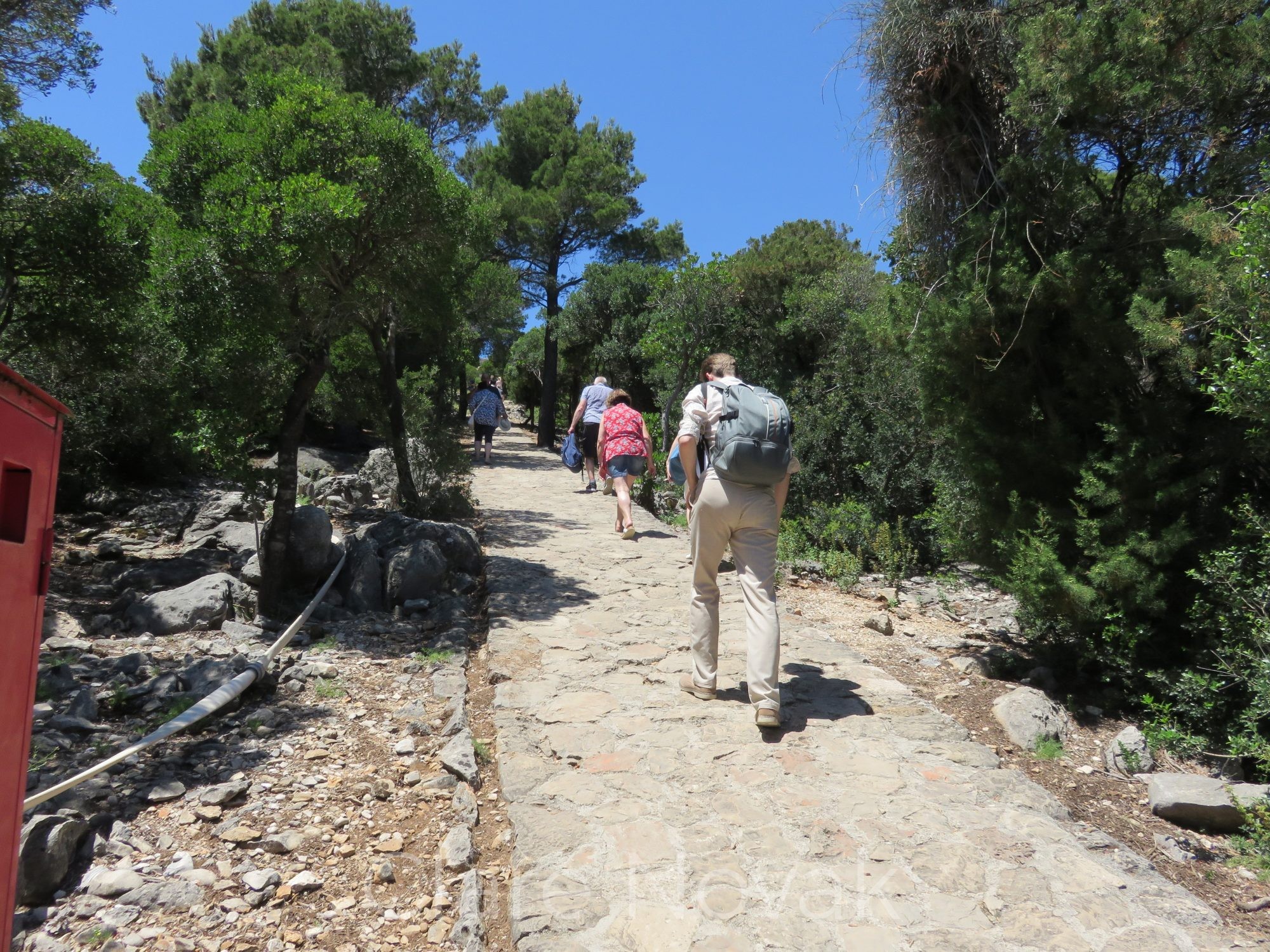 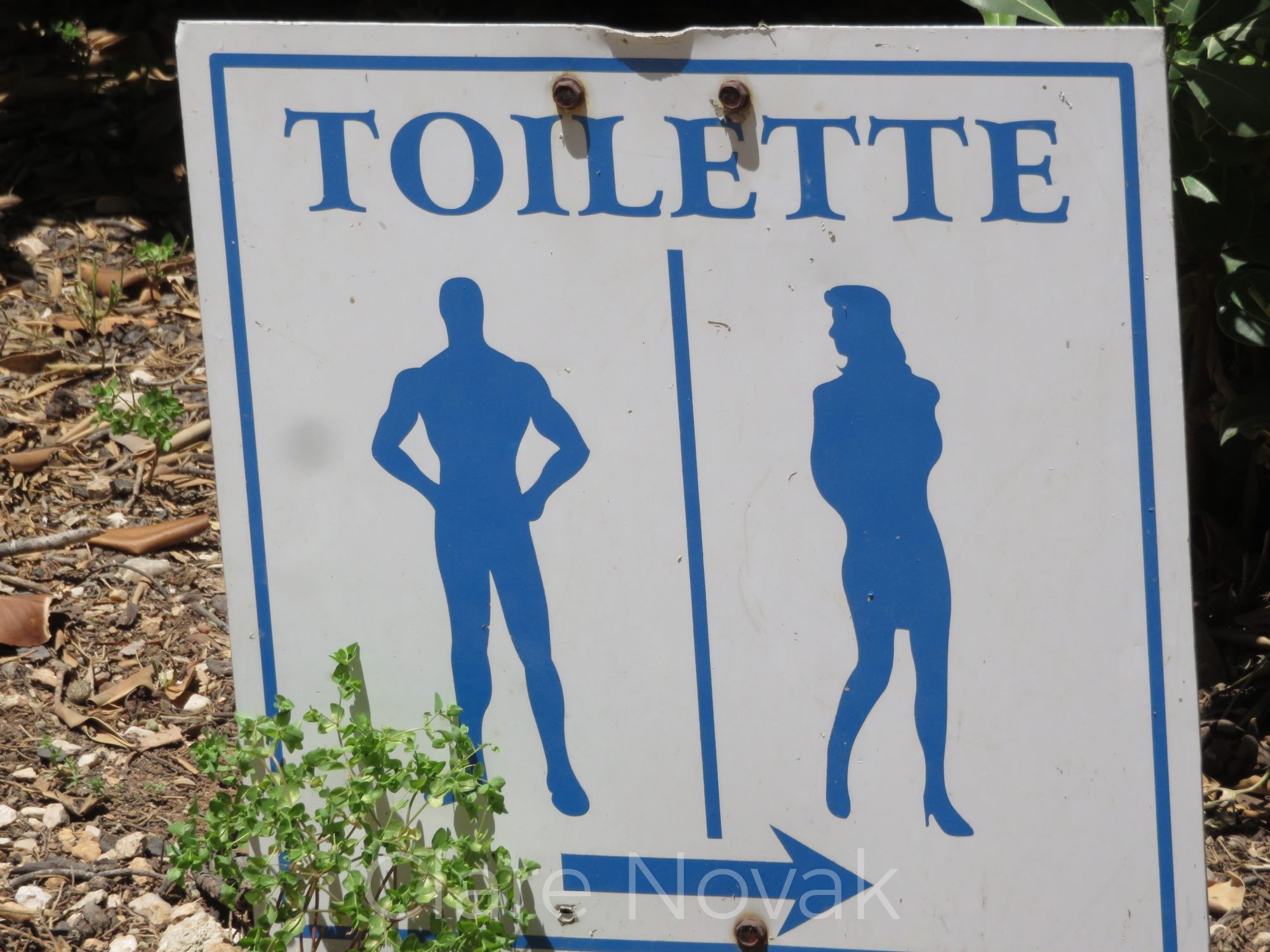 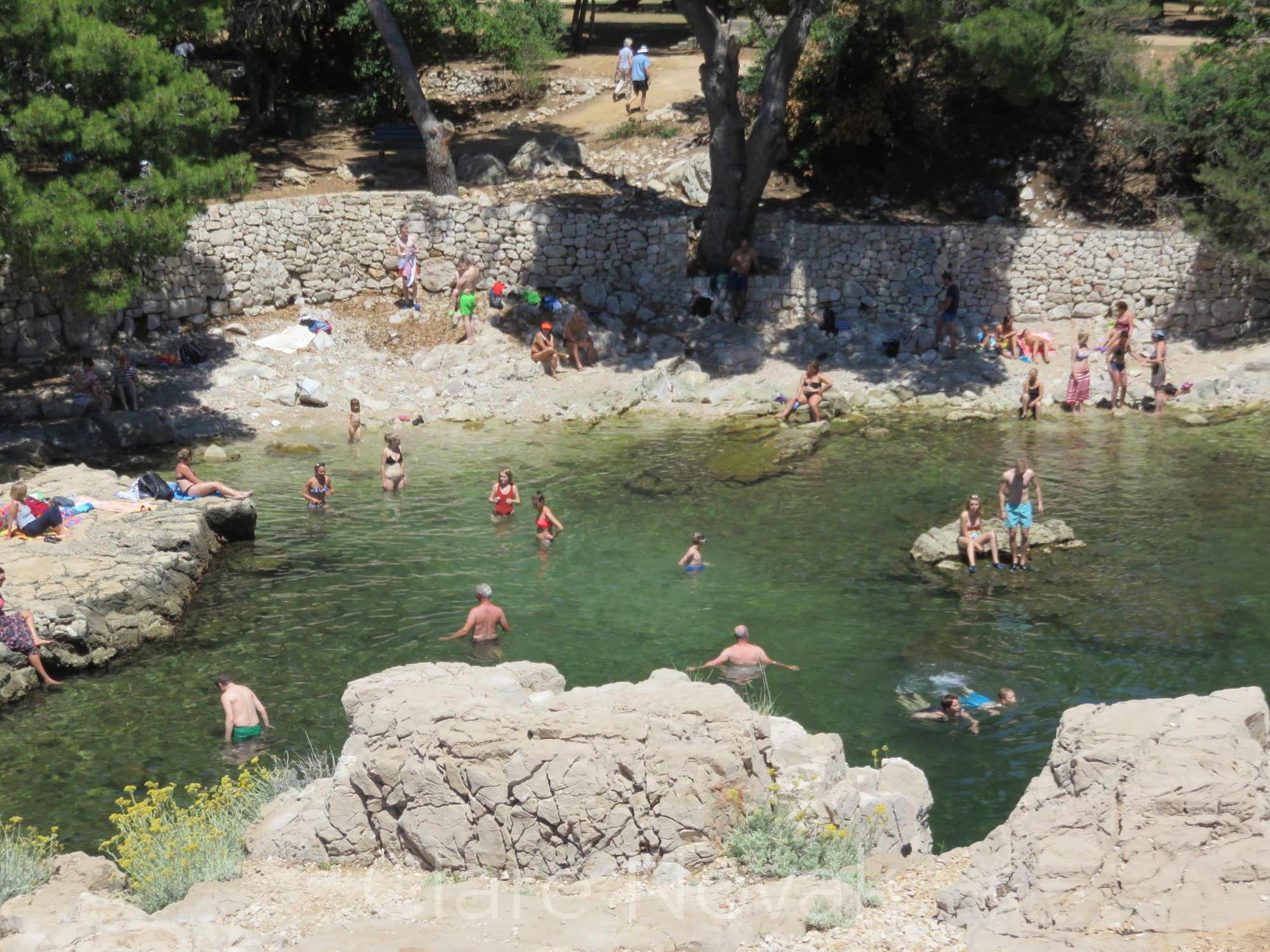 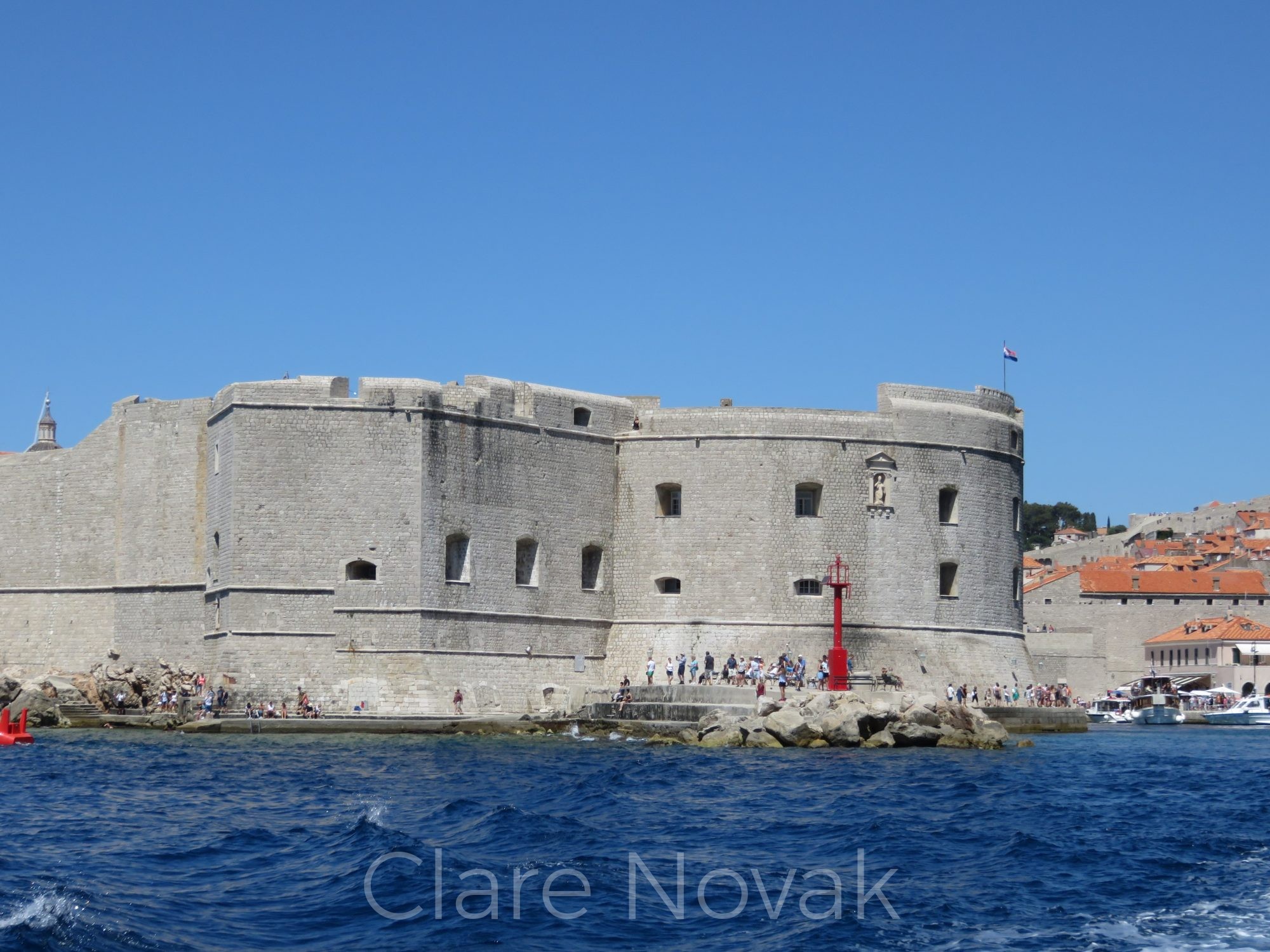 This was another perfect day in the neighborhood. As I entered the Old City, I was pleased I’d taken photos the day before. Scaffolding for the weekend concert littered the ground and blocked the views of several monuments. The poor boat people who had only five or six hours in the Old City didn’t get their prize photos.

A leisurely boat trip to Lokrum was in order. The ride is no more than 15 minutes and affords a great view of Dubrovnik from the water. It was a lovely day to watch the coastline go by. Lokrum is also called Ghost Island. Monks who had been there for centuries growing olives and grapes were righteously aggrieved when local nobility bought the island and ordered them off. Legend has it that the monks processed the island three times during the night, dropped candle wax on the paths and chanted a curse on any who would claim the island for personal gain. Until every drop of wax is gone, so shall it be.

There is another curse no one tells you of. As you climb the path to paradise, you realize the name does not come from the beauty; it is meant to warn you that the climb may get you to paradise faster than you had intended. The out of shape littered the shady spots, panting. A husband ahead of me said to his wife, “Look up. Look at that.” “I can’t look up; I’m trying to breathe.”

Ultimately, the view from the tiny, island fort was worth it. Across the deep blue of the Adriatic was Dubrovnik in its glory. And the way down, a piece of cake. There were a few other sites to mention, the old monastery, a natural salt lake, a nudist beach (photos prohibited) and a botanical garden that unfortunately was much diminished from the winter storms. The garden was a royal experiment in growing non-native plants that, this year, was not a success.

The return passage took the boat around the island for amazing views. This included relative close ups of the nude beach and all I can say, given the positions, is that there would most certainly be some painfully boiled-lobster like appendages in the days to come.

On terra firma again, I wandered past the ticket office for the city walls. Why not walk the walls and get the view of the defenders of Dubrovnik and have bragging rights over all local Game of Thrones fans? Yes, large parts of scenery in GoT are Dubrovnik and the descriptions of history and harbors is that of the Adriatic coast. This walk too requires fitness as the walls follow the ups and downs of the land. Narrow stairs lead to lookouts and guard houses. As I walked and passed several exit points, I thought to keep going and by the time I was two thirds of the way I thought I might as well finish, tired or not.

Finishing required a celebratory wine and with it a tasty pizza. There was no need to eat twice at any place with so many choices. Also, being hot and tired, I was not so very hungry. The good bus system got me back to my hotel each night. The hotel was not where I expected it to be. I thought I’d read .5 kilometers from city center, which would be quite walkable but it was 2.5 and up the mountain.

I managed to cram in a whirlwind tour of Hagia Sophia, Topkapi and Dolmabache Palaces and the Blue Mosque, along…

Vienna deserves so much more time than the flight layover allowed. By the time I arrived at the hotel it…

The weather here has been uniformly lovely, with highs in the mid-70’s. Friday was no exception. Arriving at Wilanow was…