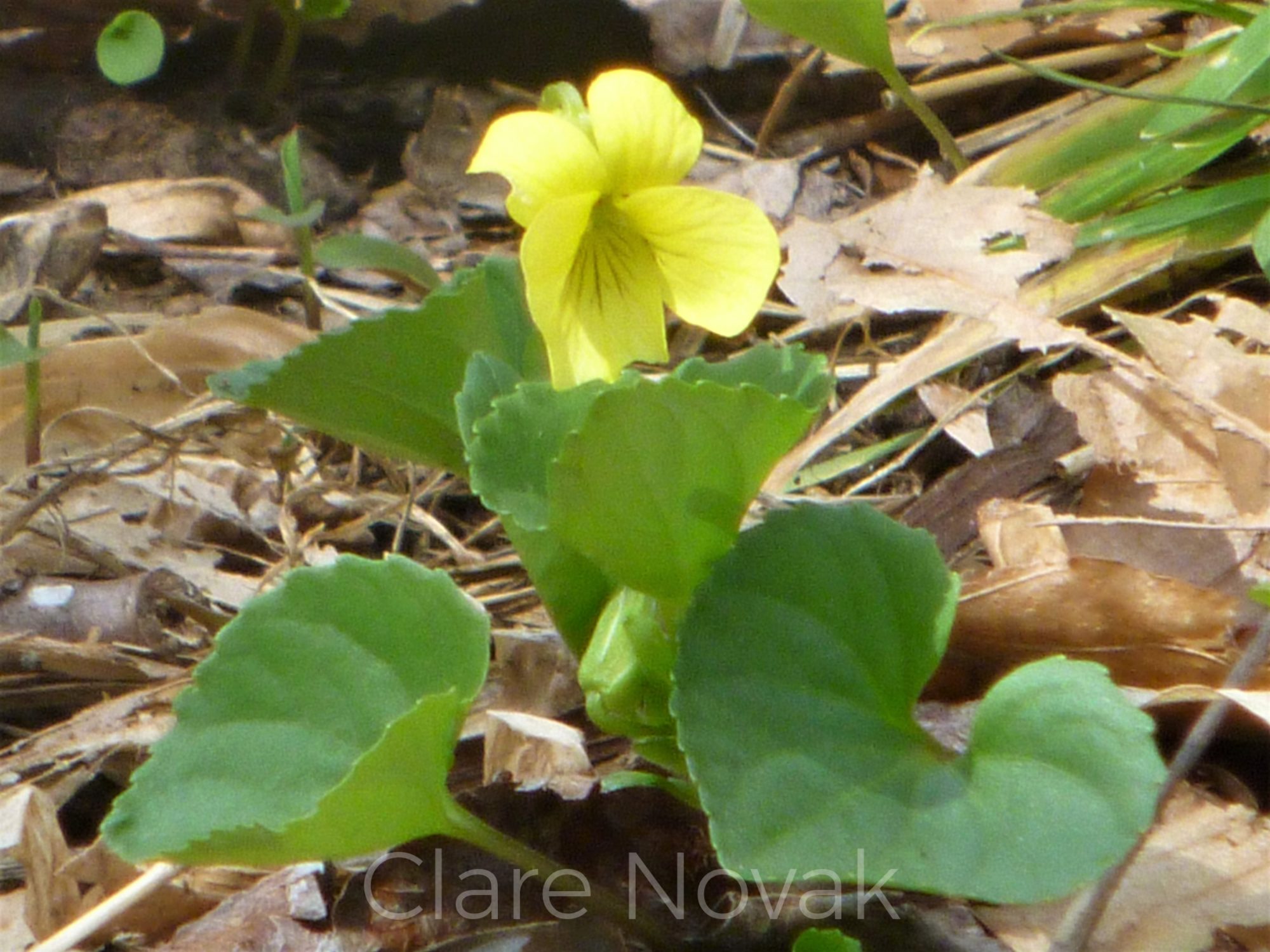 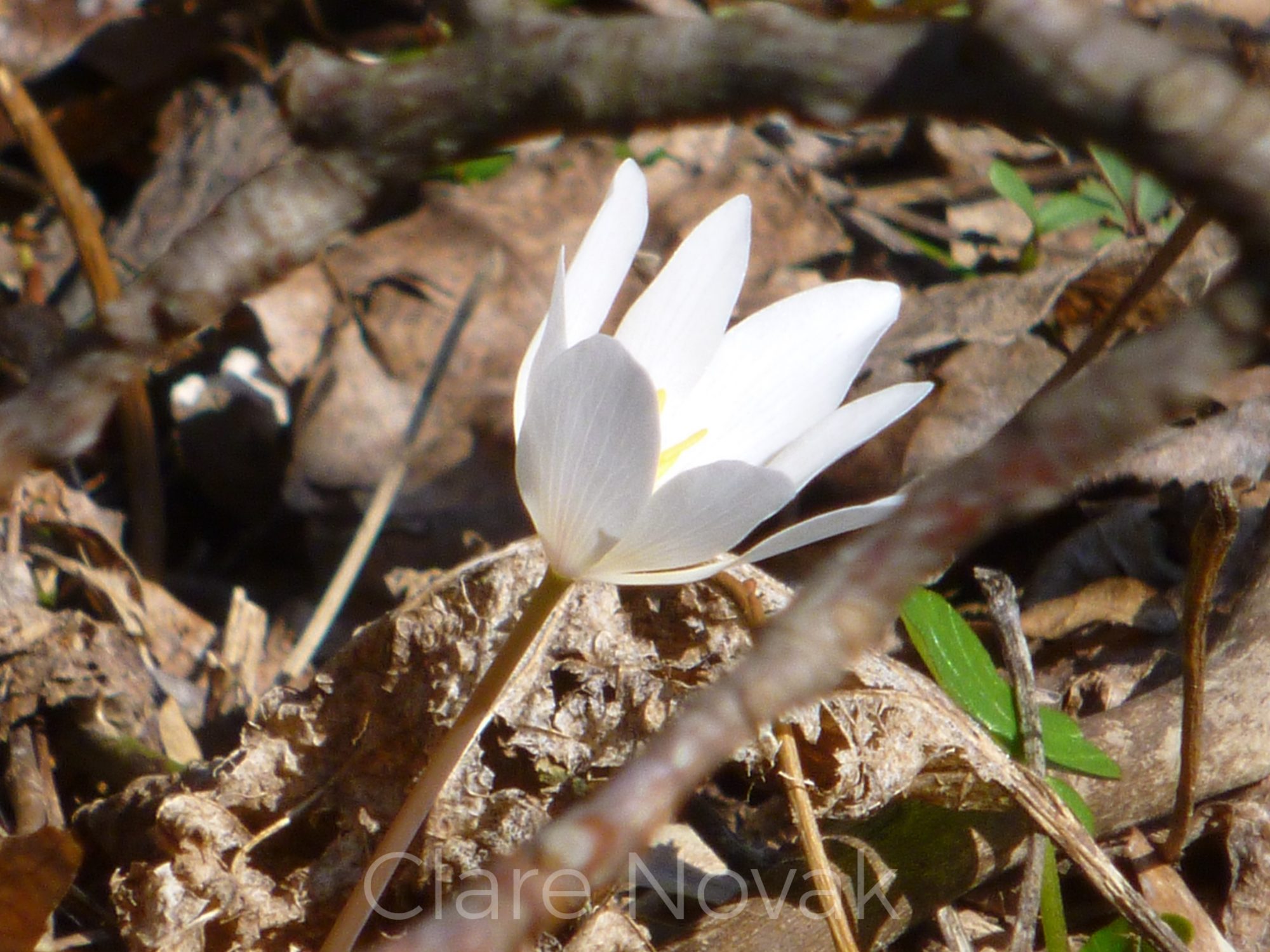 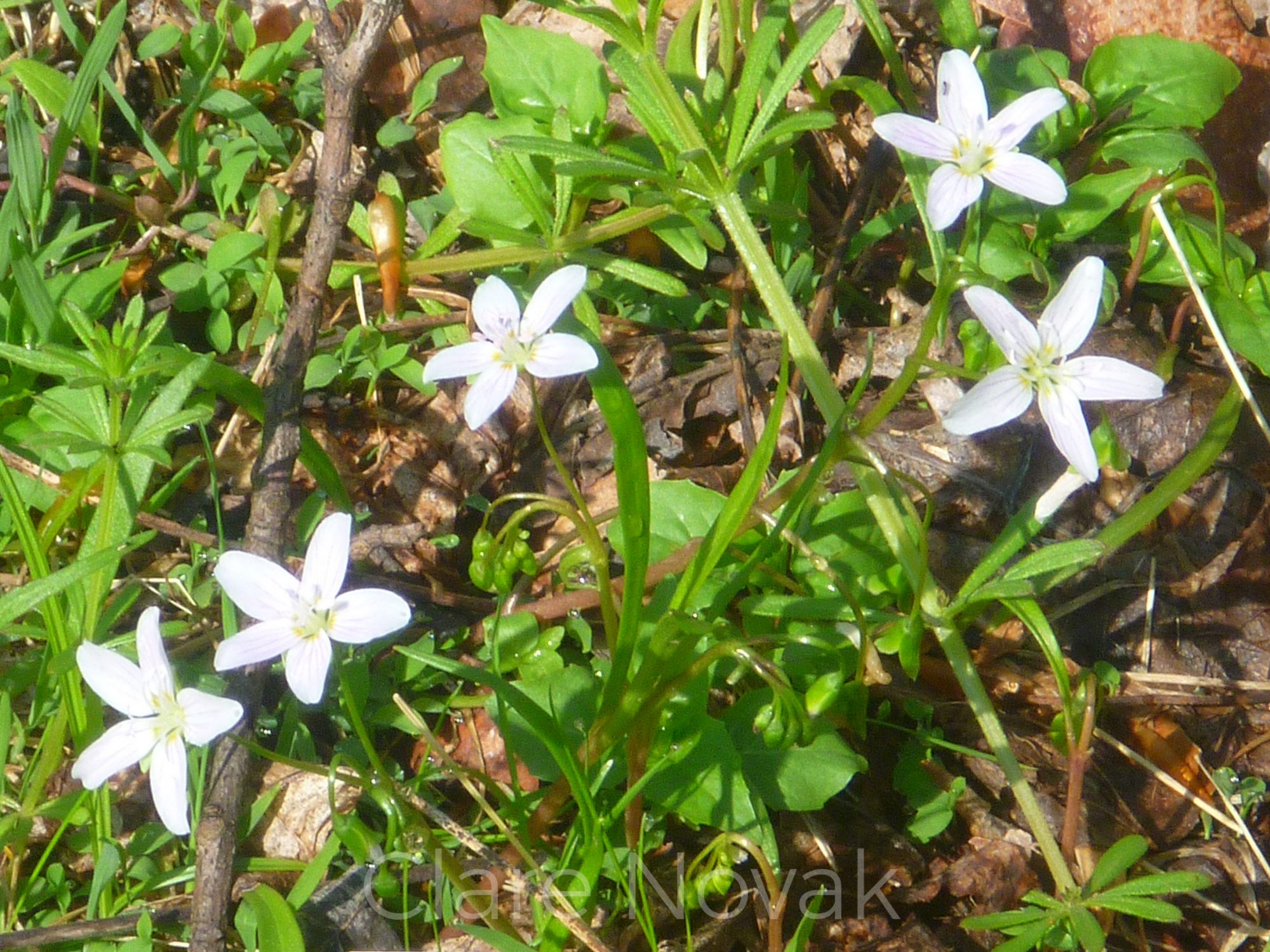 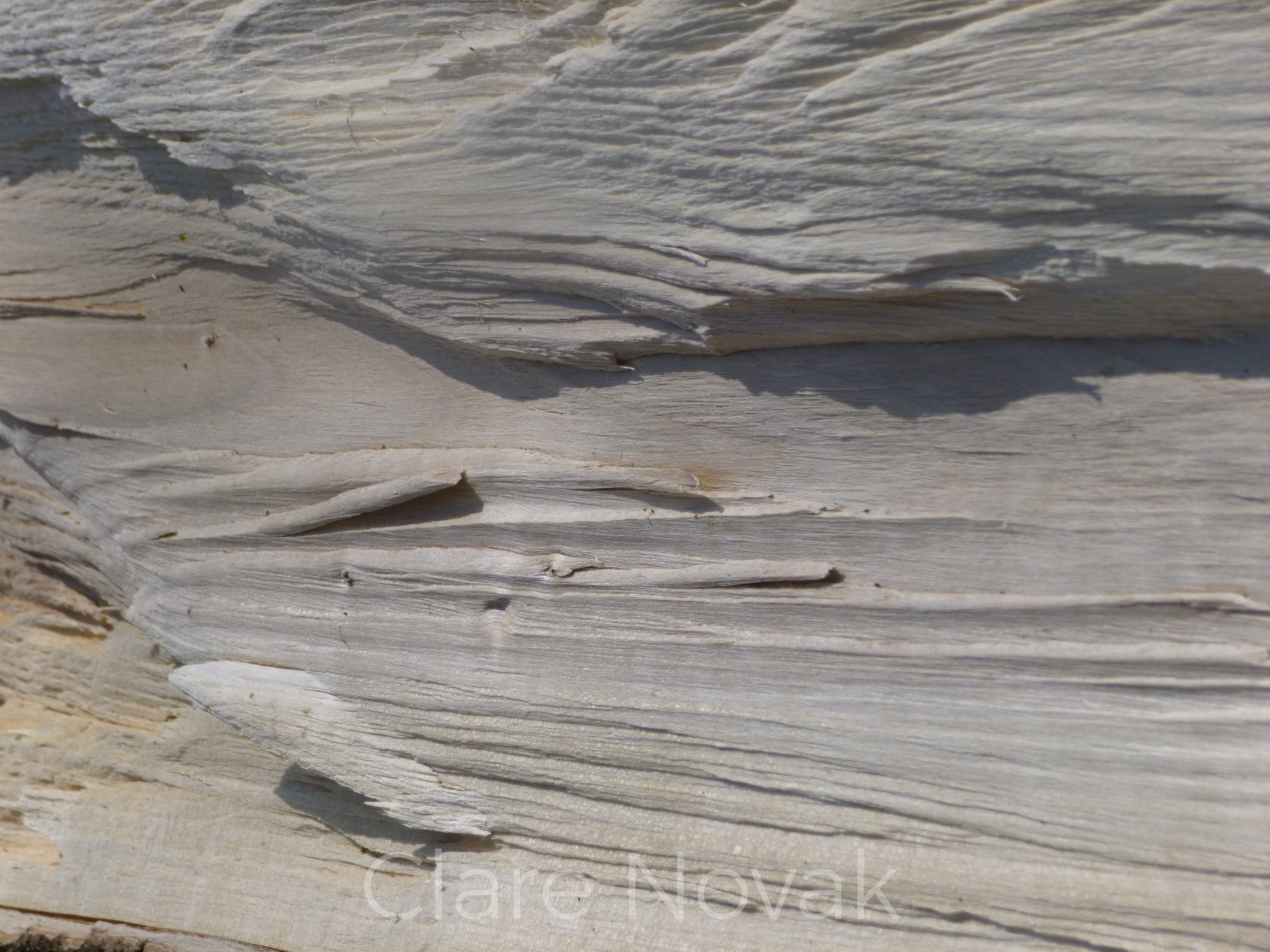 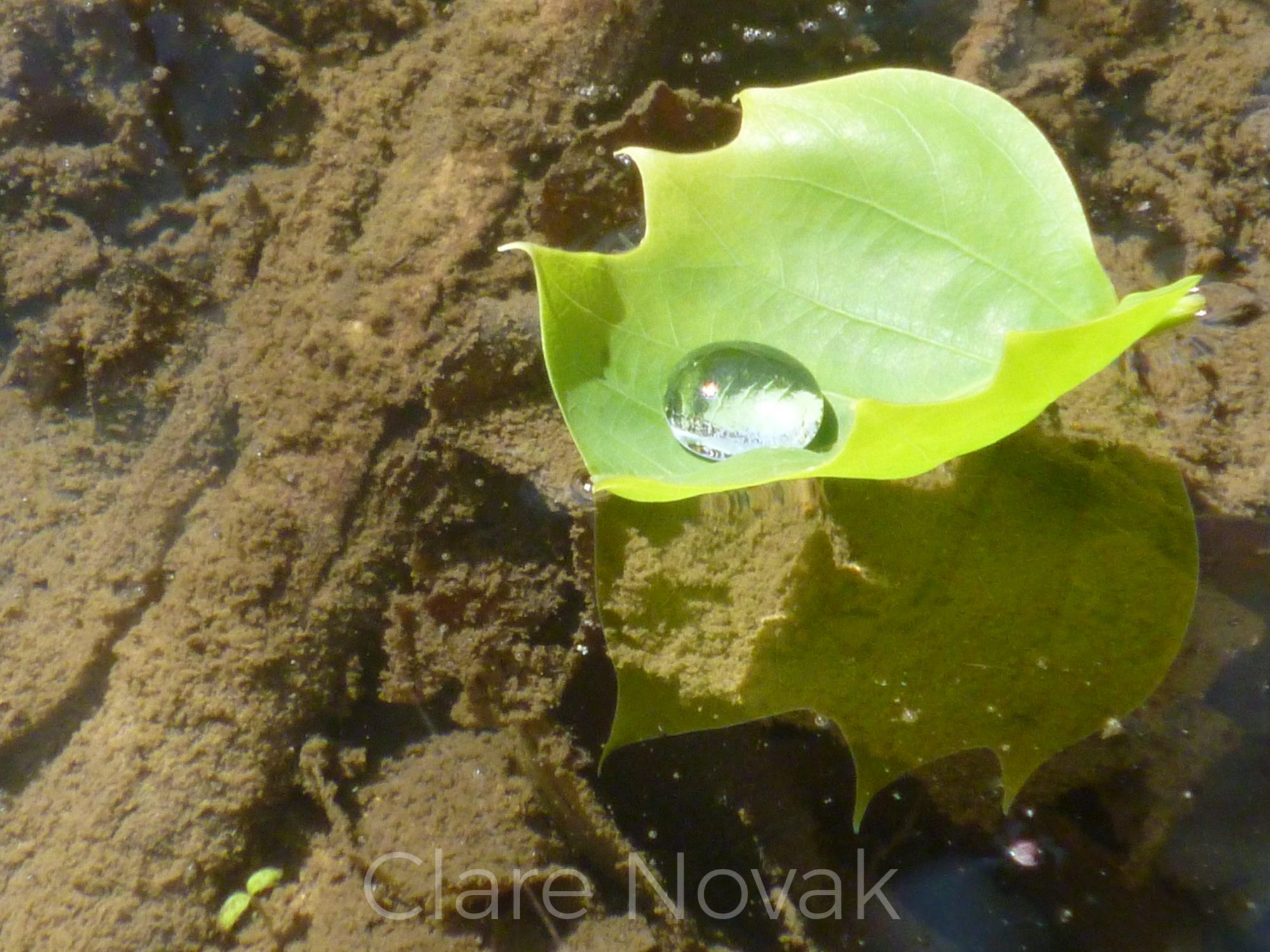 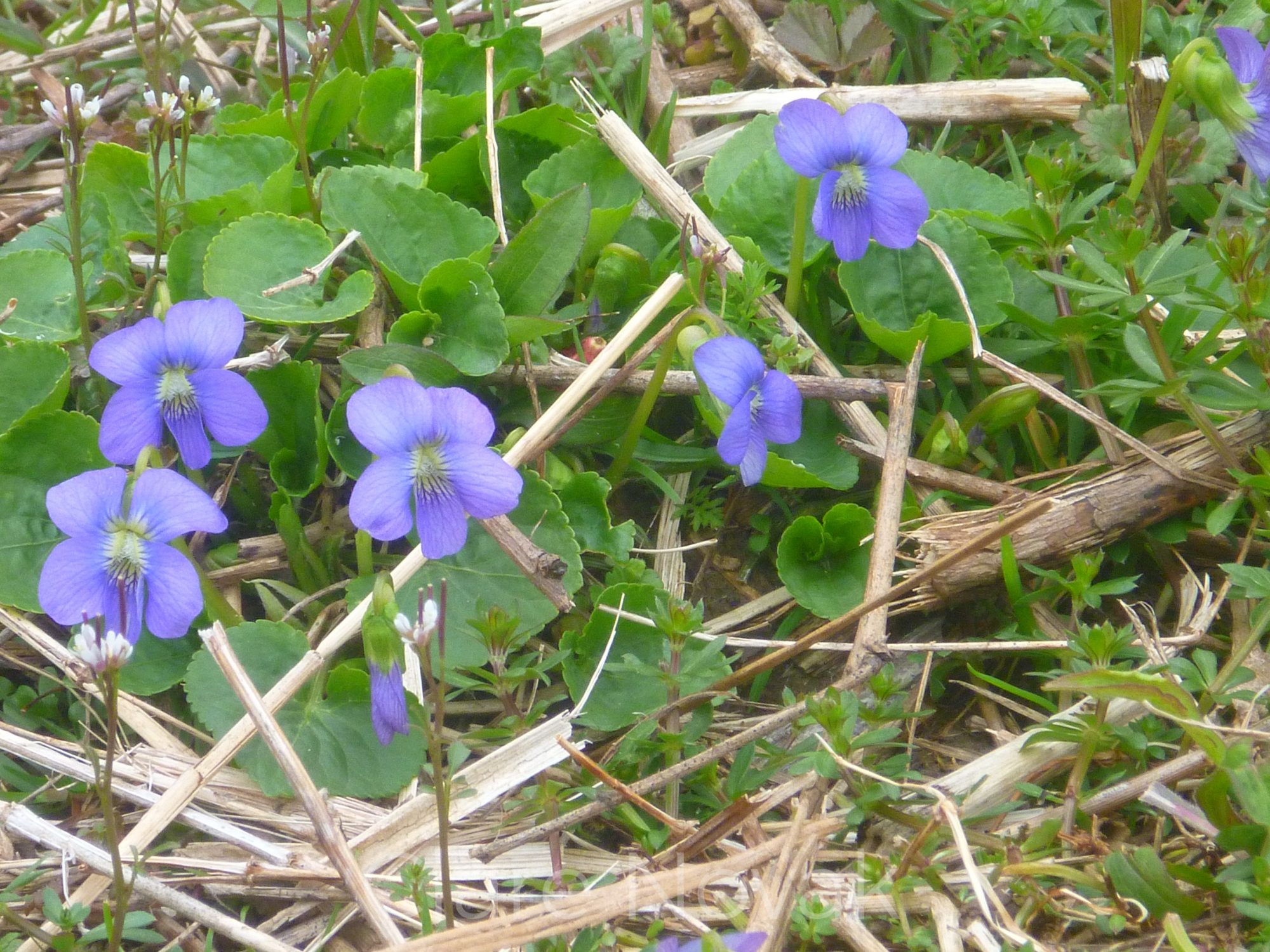 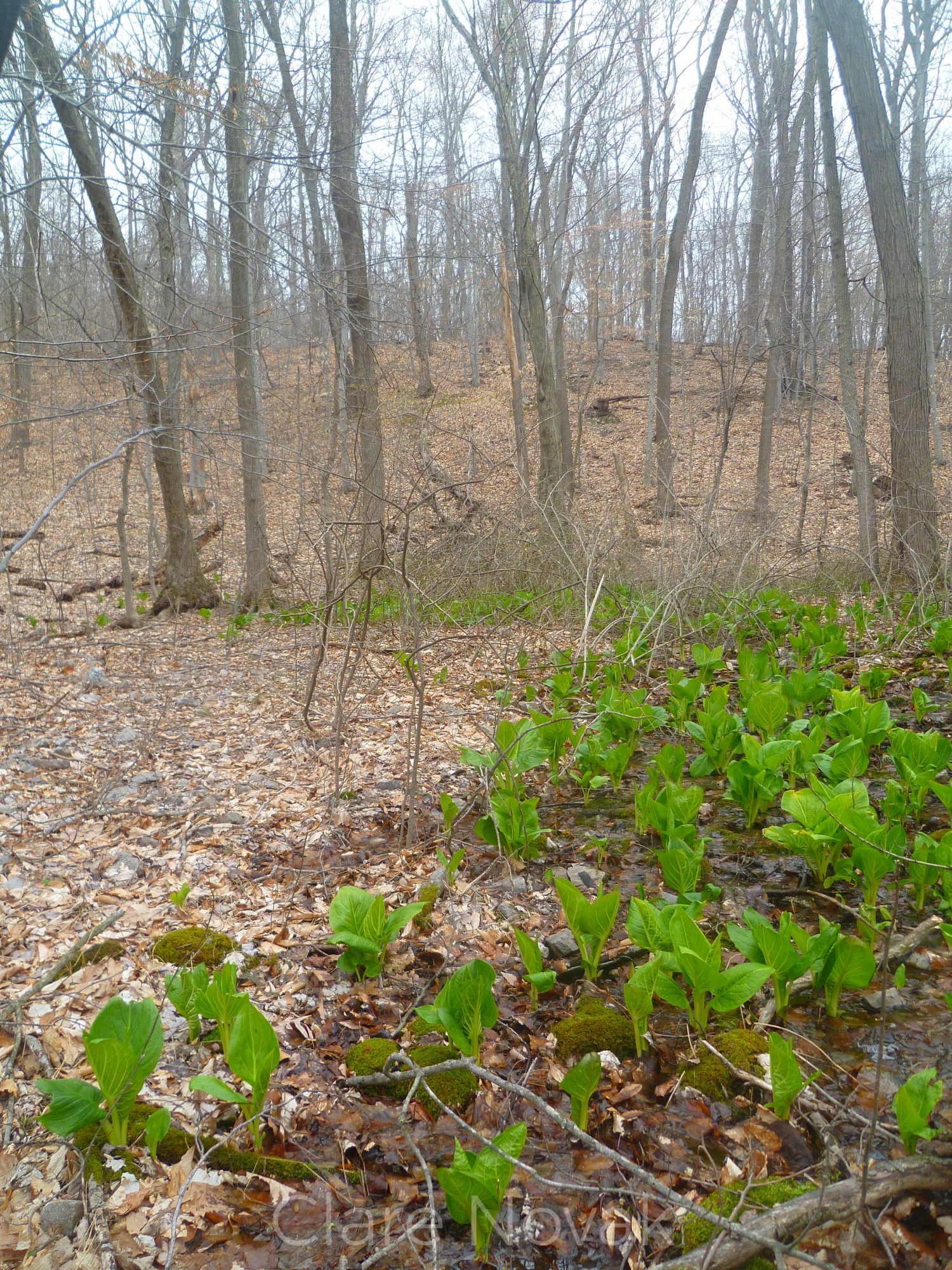 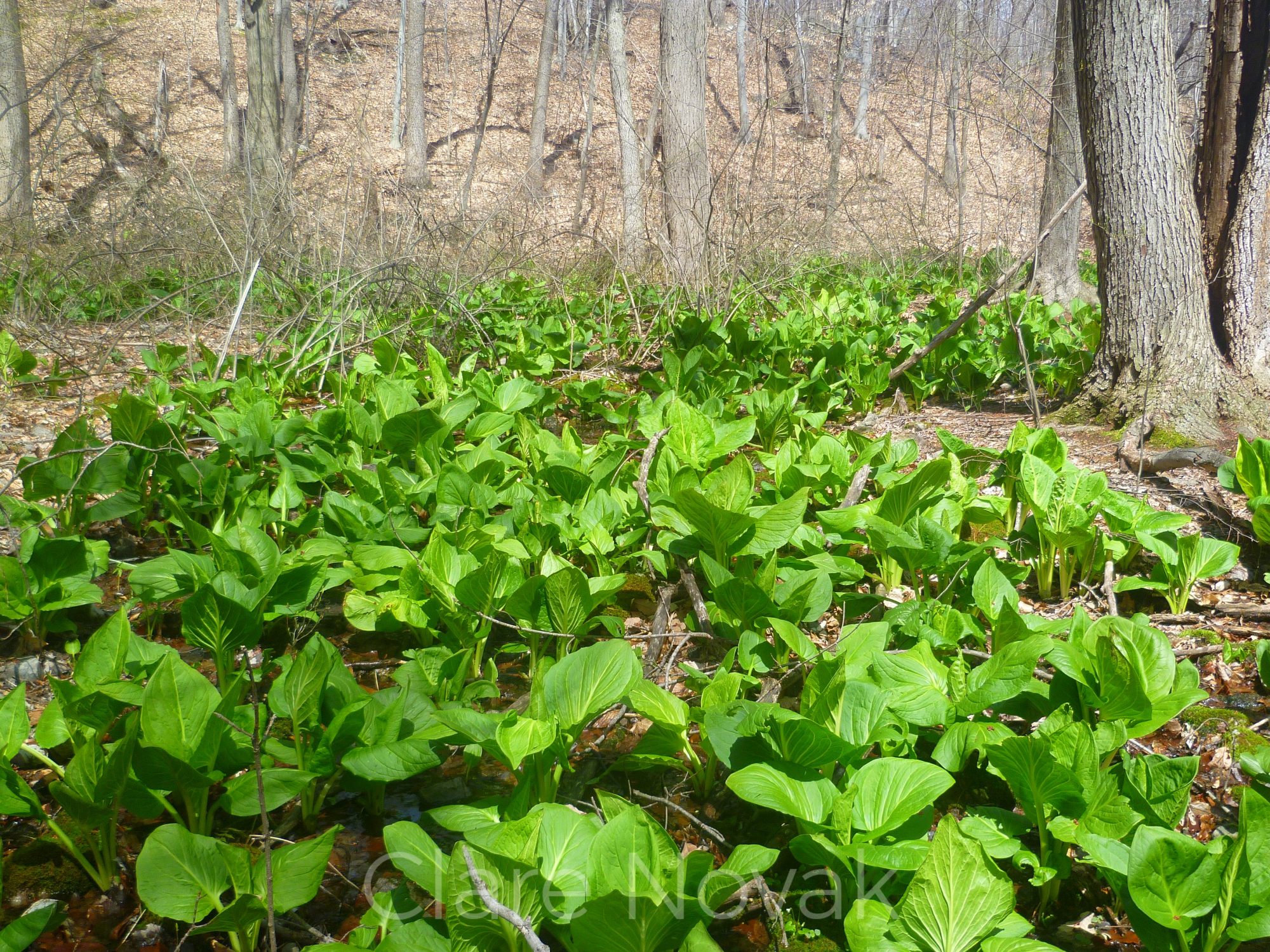 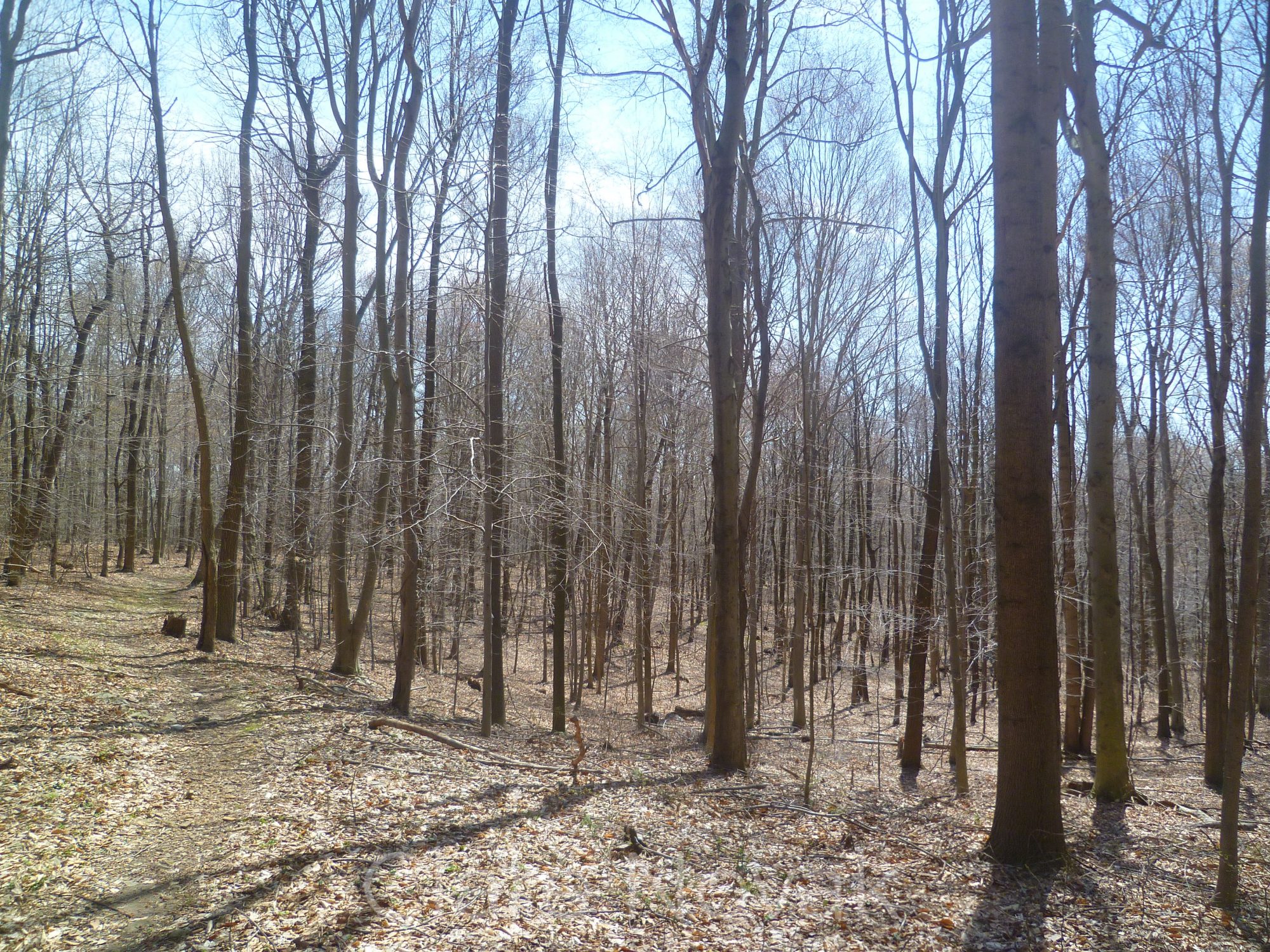 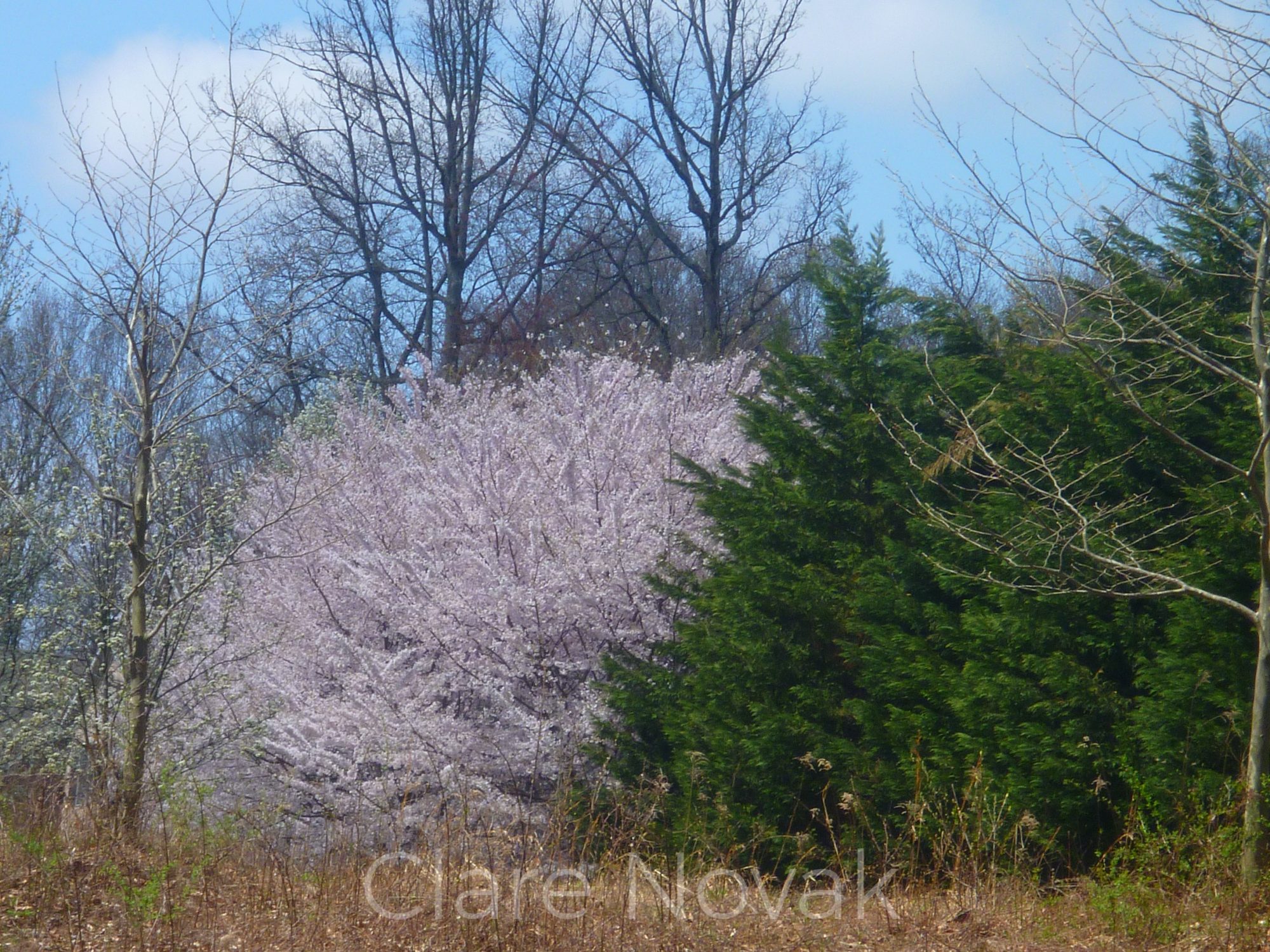 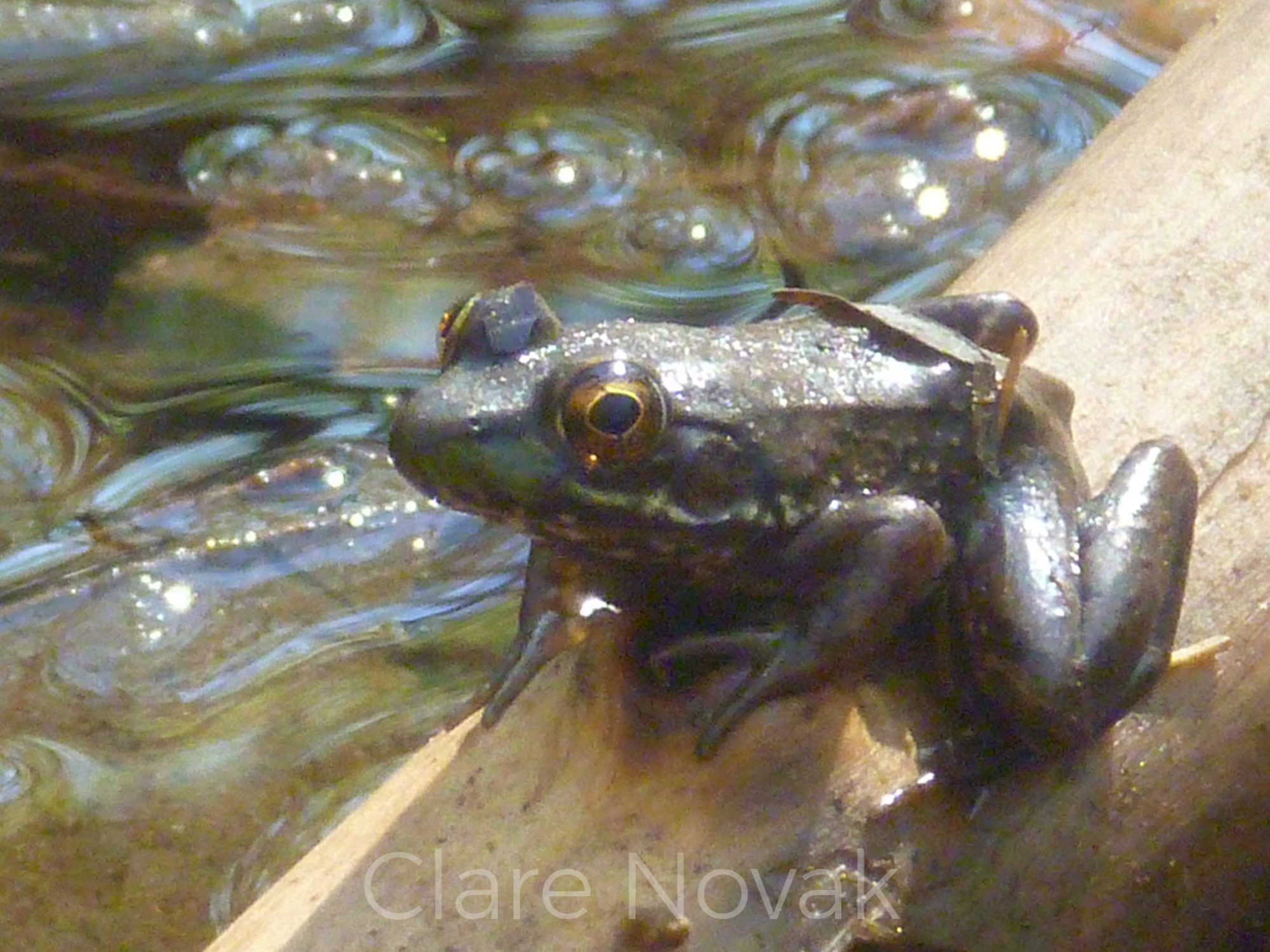 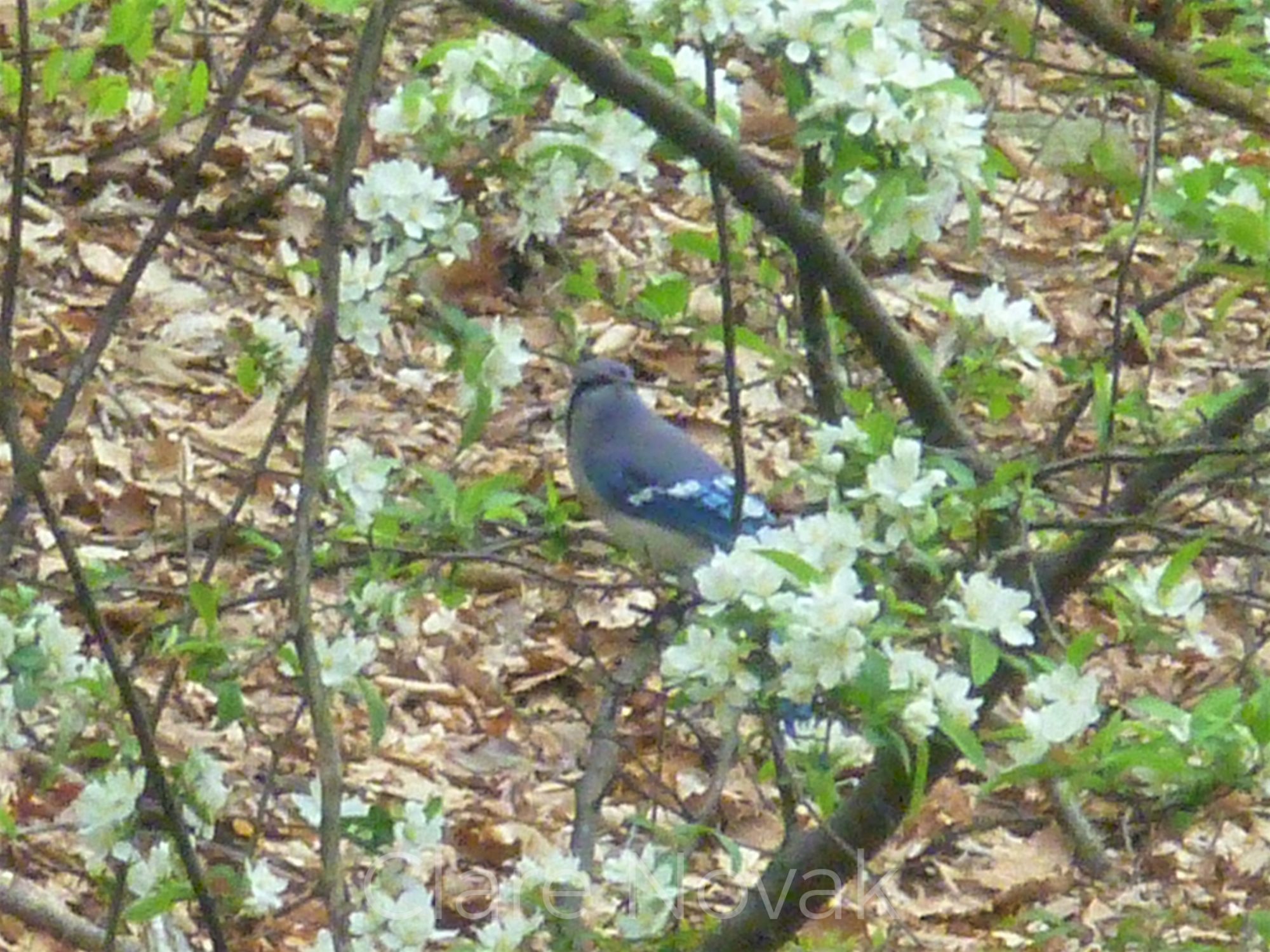 Spring is slow to come. She takes her own sweet time waking from that long winter’s nap. She slowly stretches then falls back into a doze. As she drowsed it snowed a heavy, wet snow that gave winter a few more hours. She seems to be reluctant to do more than prop herself up on pillows and sip tea from a porcelain cup. The diva knows not to rush her entrance. Let her adoring fans gather and chant themselves into a frenzy; so that when she at last appears they are hysterical with adoration.

These two days were of one kind.  Clouds thinned enough to let through the faintest hint of the warm spring days these might have been.  Most artists dislike these days of flat light, preferring contrast and shadow. I, however, find them to have an other-worldly beauty. There are no shadows to confound what you see. What’s there is there in its own right. No tricks of light and shadow to fool the eye.

Small blossoms are appearing. The first violets, those in full sun, are out. A lone, stunted, ornamental cherry blooms. The bright yellow marsh mallows are profuse. A dozen or so bloodroot bloom beside the trail. Spring is coming and no doubt if tomorrow hits 80 everyone will mark that day but that is not really spring—these cloudy days are.

It was about the bird song today. Some pair of birds gave call and response on their own version of Tea for Two and Two for Tea; Me for You and You for Me. They repeated the phrasing endlessly. Later, the crows were decidedly disturbed. They cawed raucously over what I had assumed was a territorial dispute. It was, but not among the crows. They were united in driving the owl out of a tree in their neck of the woods. Finally, the Pileated Woodpecker beat a tattoo to add the third line of sound.

In silent contrast, a few more flowers appeared. The leaves grew perceptibly larger and a froth of spring green decorated that which had been nothing but twigs.

This morning a walk was a necessary thing. Stresses were pushing in from every direction and I needed them to dissipate. Walking is the best medicine for such things. Lose the walls, the keyboards, the incessant accessibility. Shut it all down and walk away.

Take up a camera and begin to see again. Hear the deer rustling in the leaves, unsure yet, if they should bolt. Freeze and turn slowly toward the sound. Raise the camera. Focus in and in and in yet again. Snap and hope. Follow the deer as it walks slowly away. Snap again and again. Perhaps one of these will be the money shot, perhaps not. Snap often until the deer decide they’ve had enough of you and bound off down the hillside.

After that the photo-prey is easier. Jack in the Pulpits don’t react at all. They will just stand there for weeks and you can wait for the sun to be in exactly the right place, for the shadows to pass. As long as you need, they’ll be there.

The stream is an easy subject too. Though it is opposite from Jack in the Pulpit and moves constantly. There’s always more water, well, no, not always. The streams are running deep from the heavy rains this month but by late summer at best one of the five will still be running. The frogs will have one small pond by August and no more.

Now though, April is richly green and abundantly wet.

Asynchronous schedules separated April and I. When I had time, April had rain–too few walks in such a glorious month. This week’s rain and Easter Sunday may prove to be a week without a walk. I hope that it’s not so, too soon to tell.