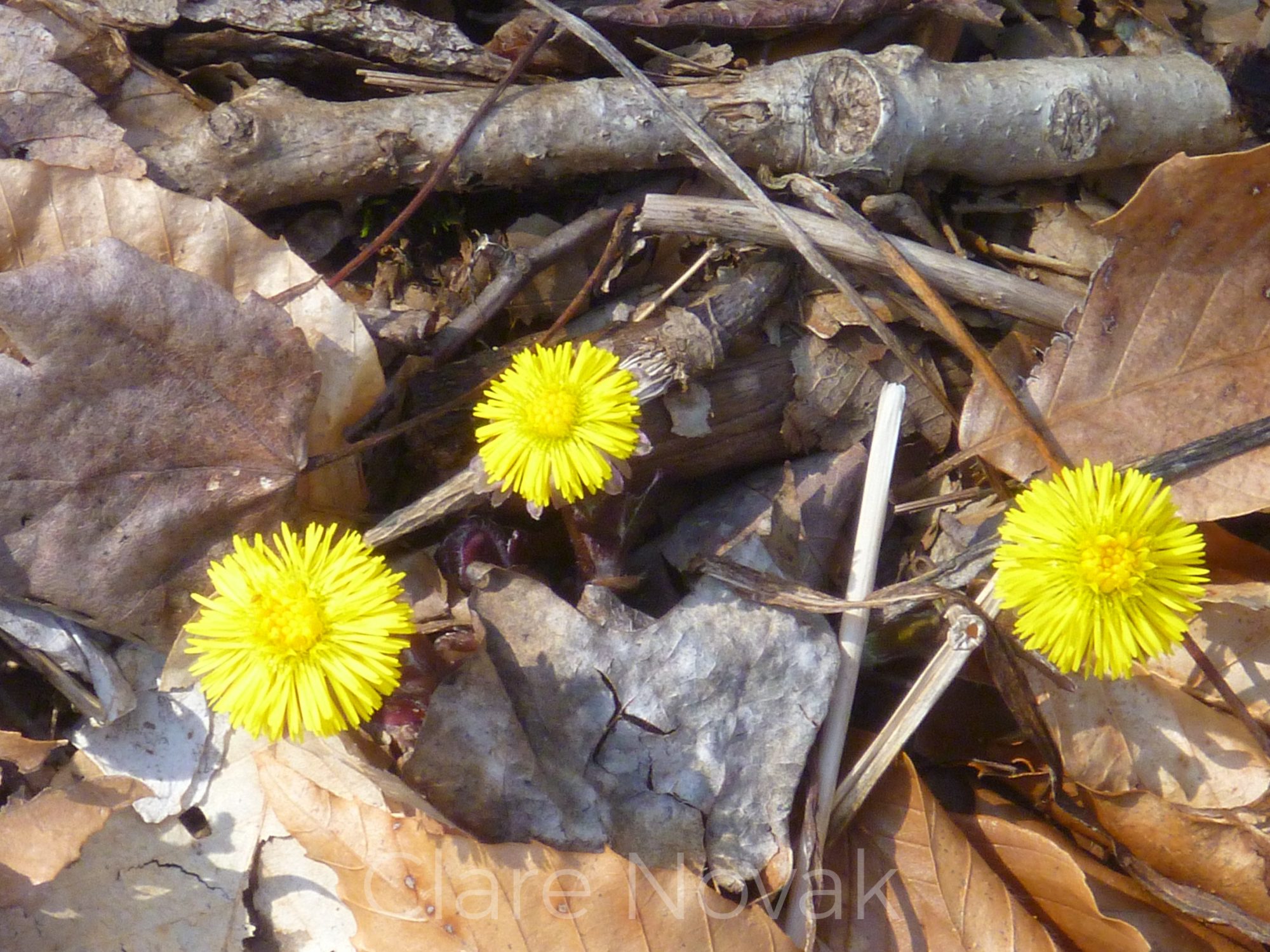 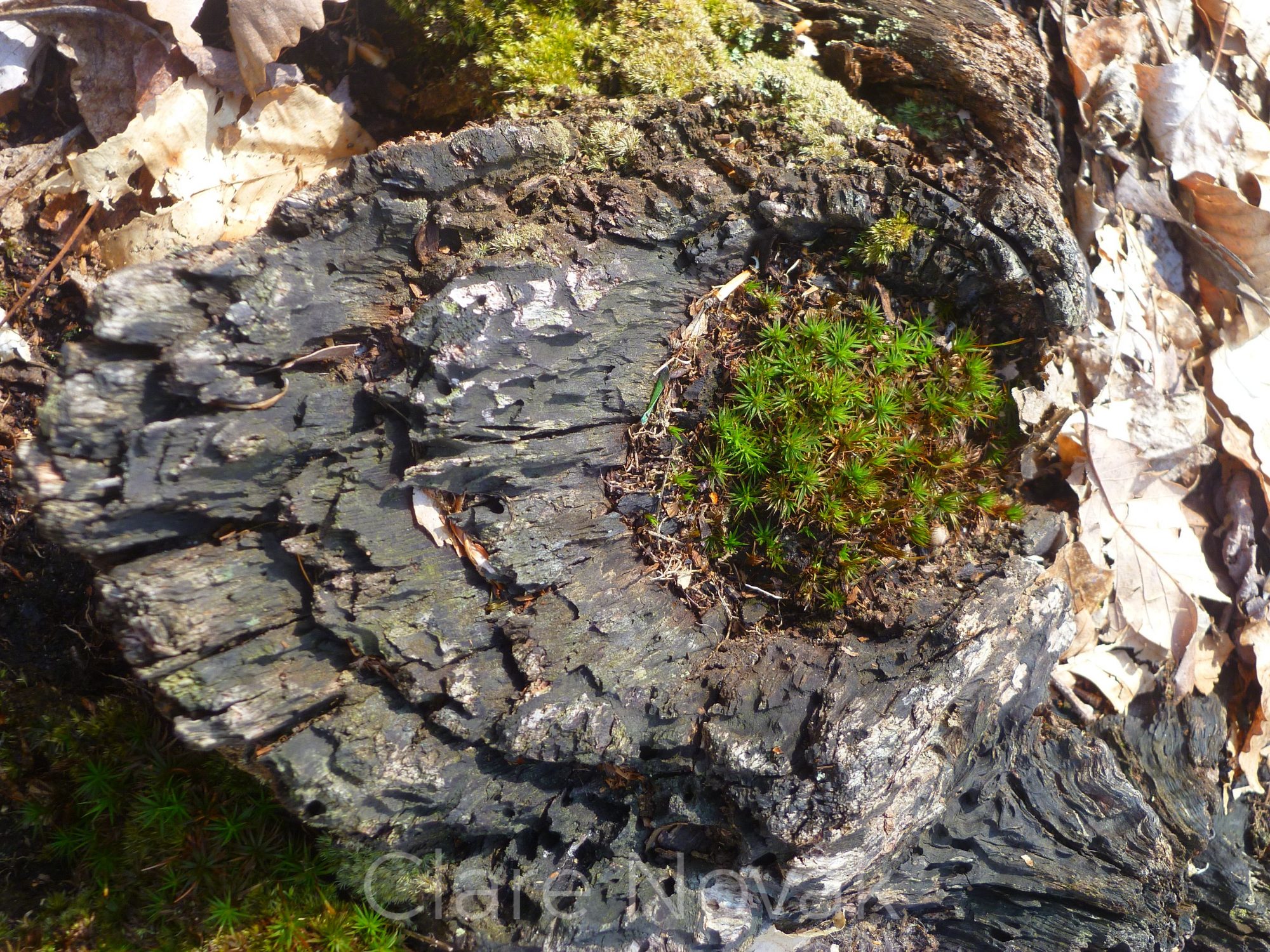 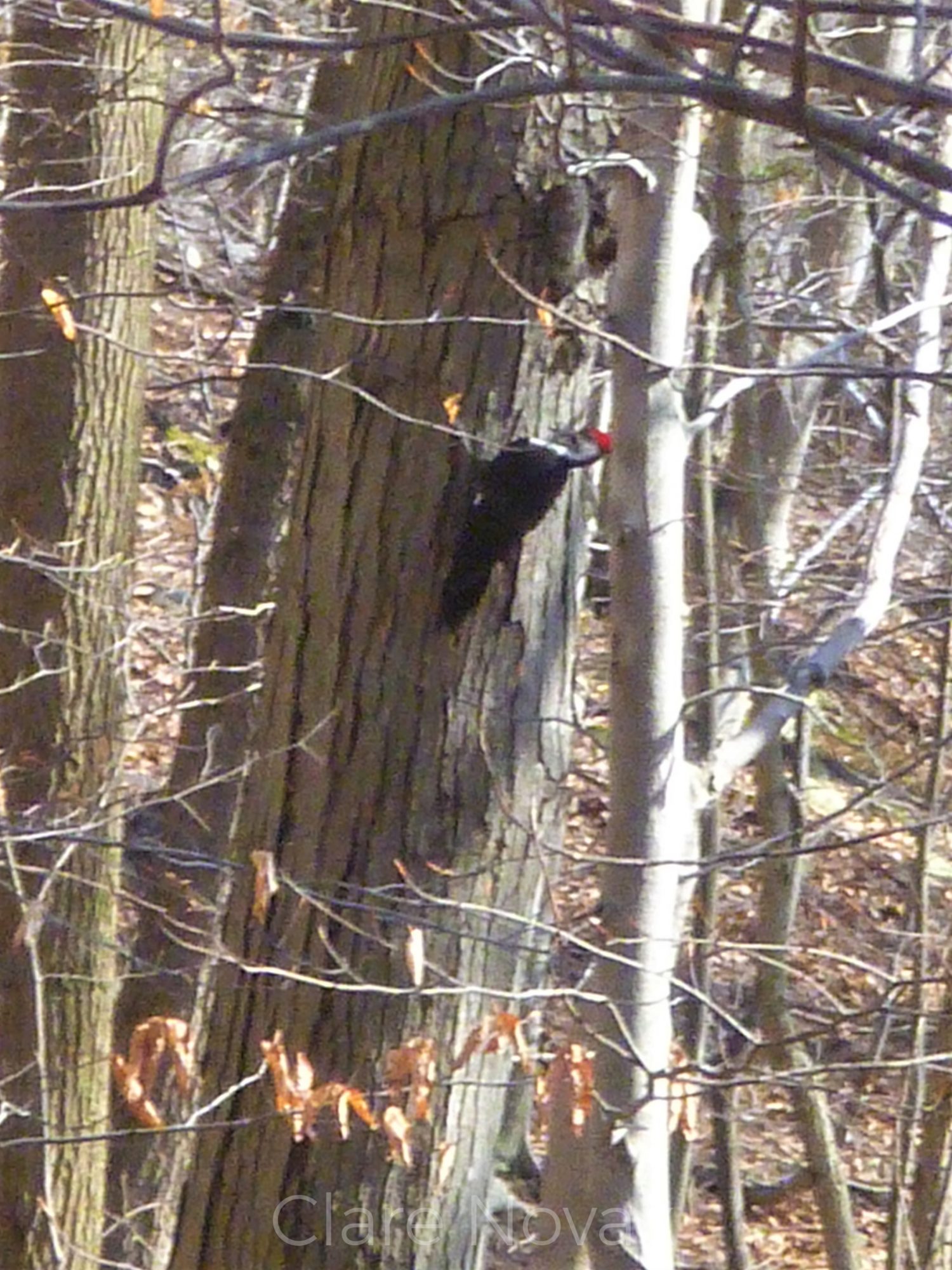 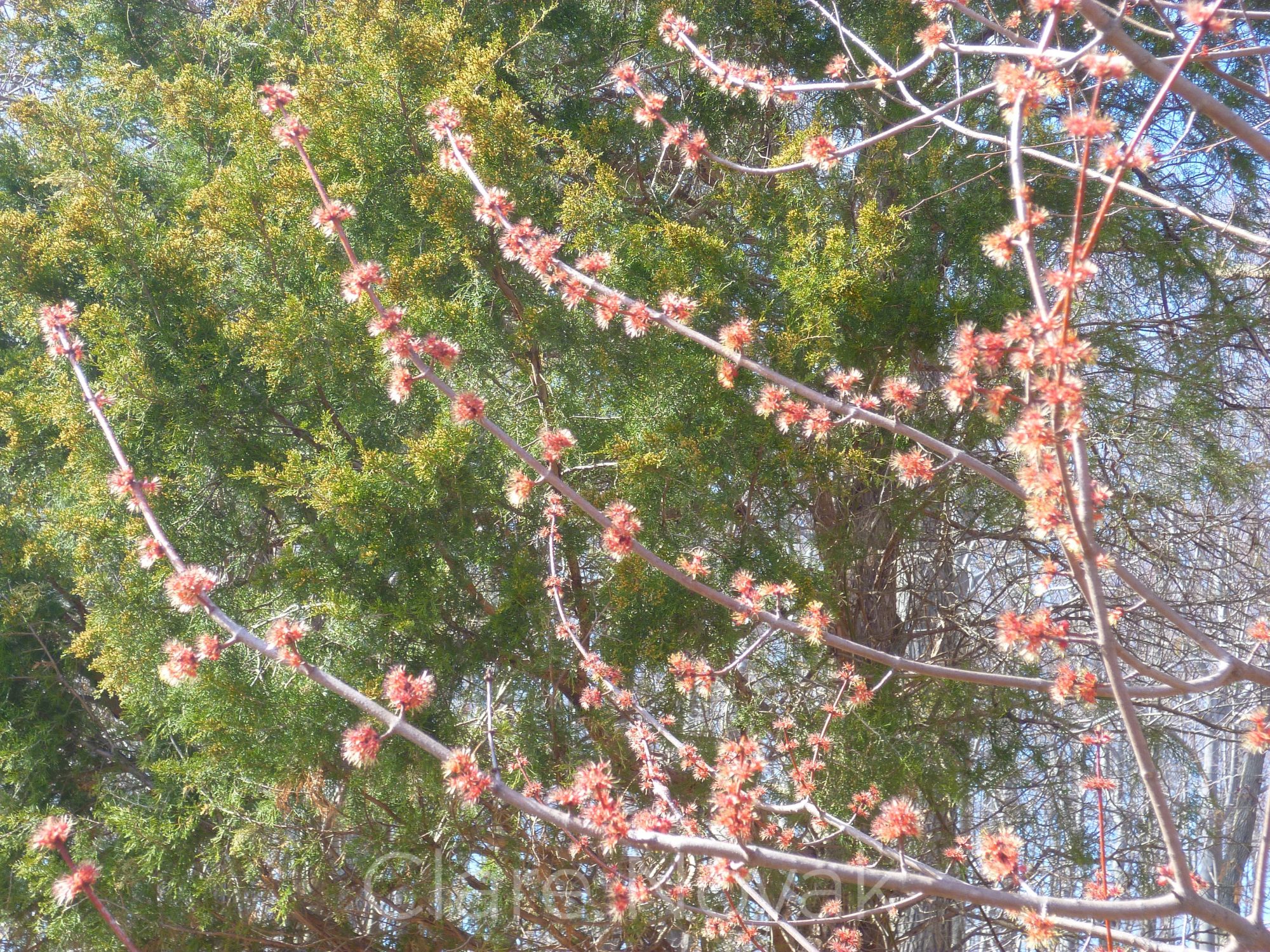 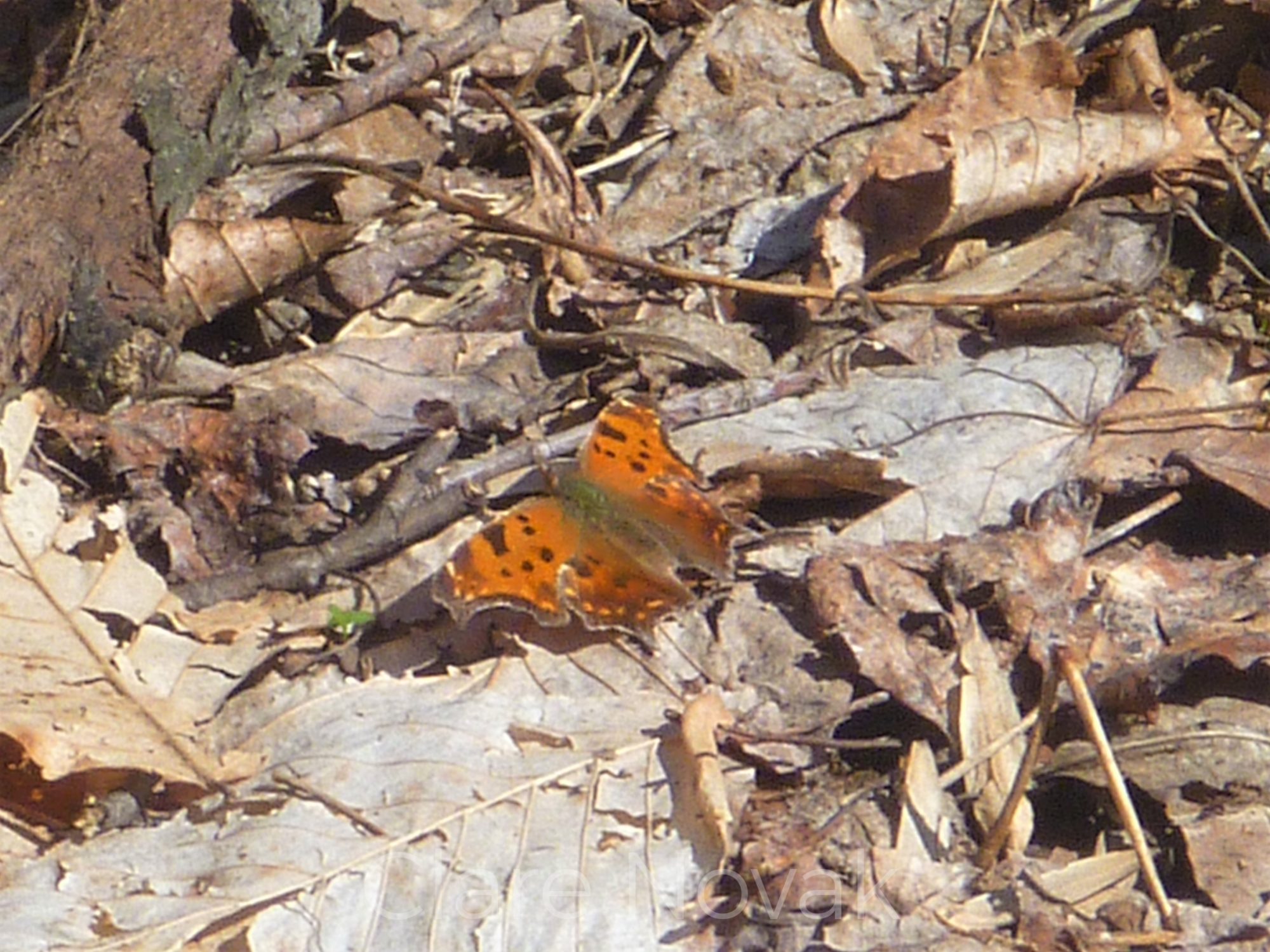 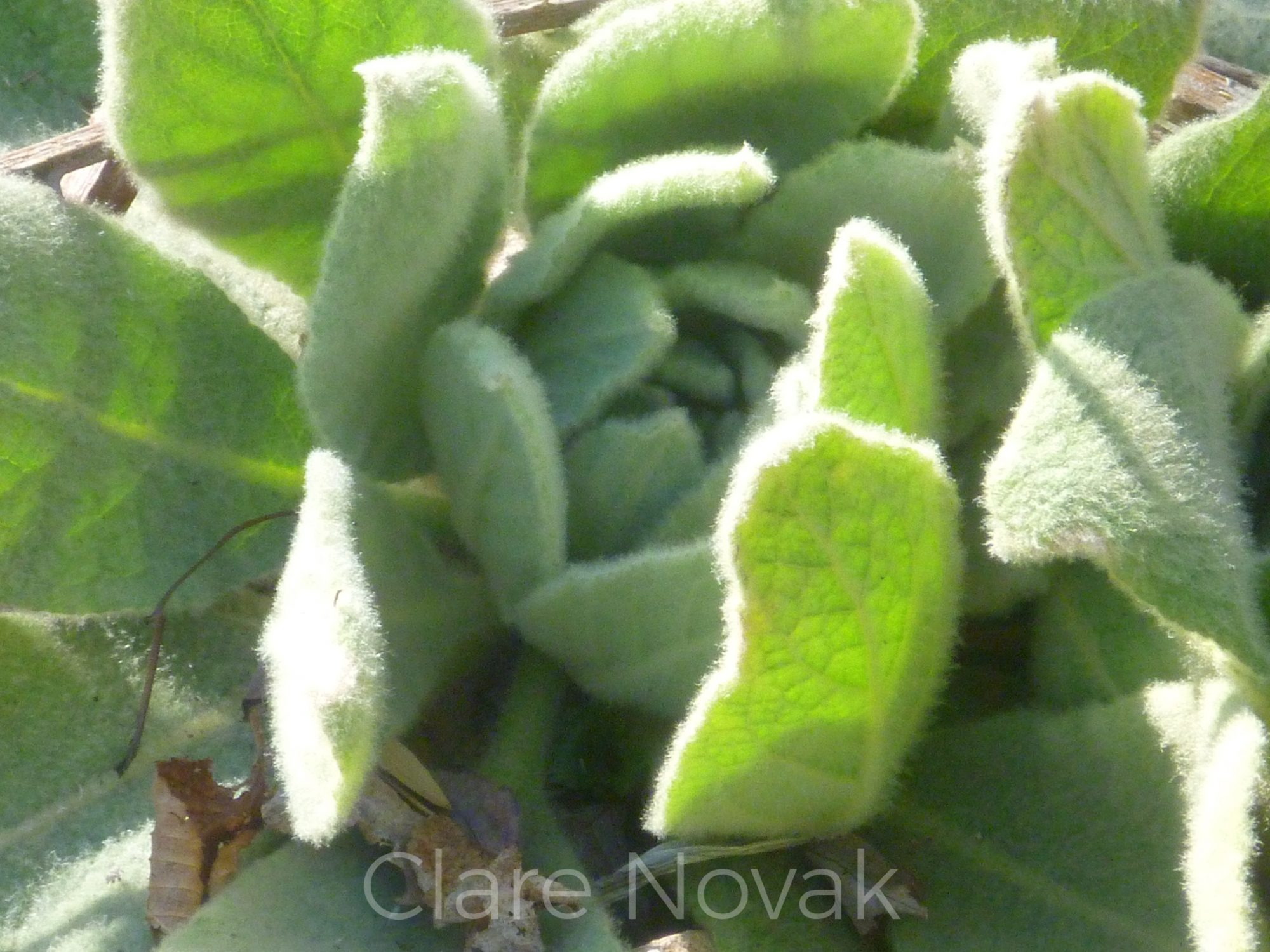 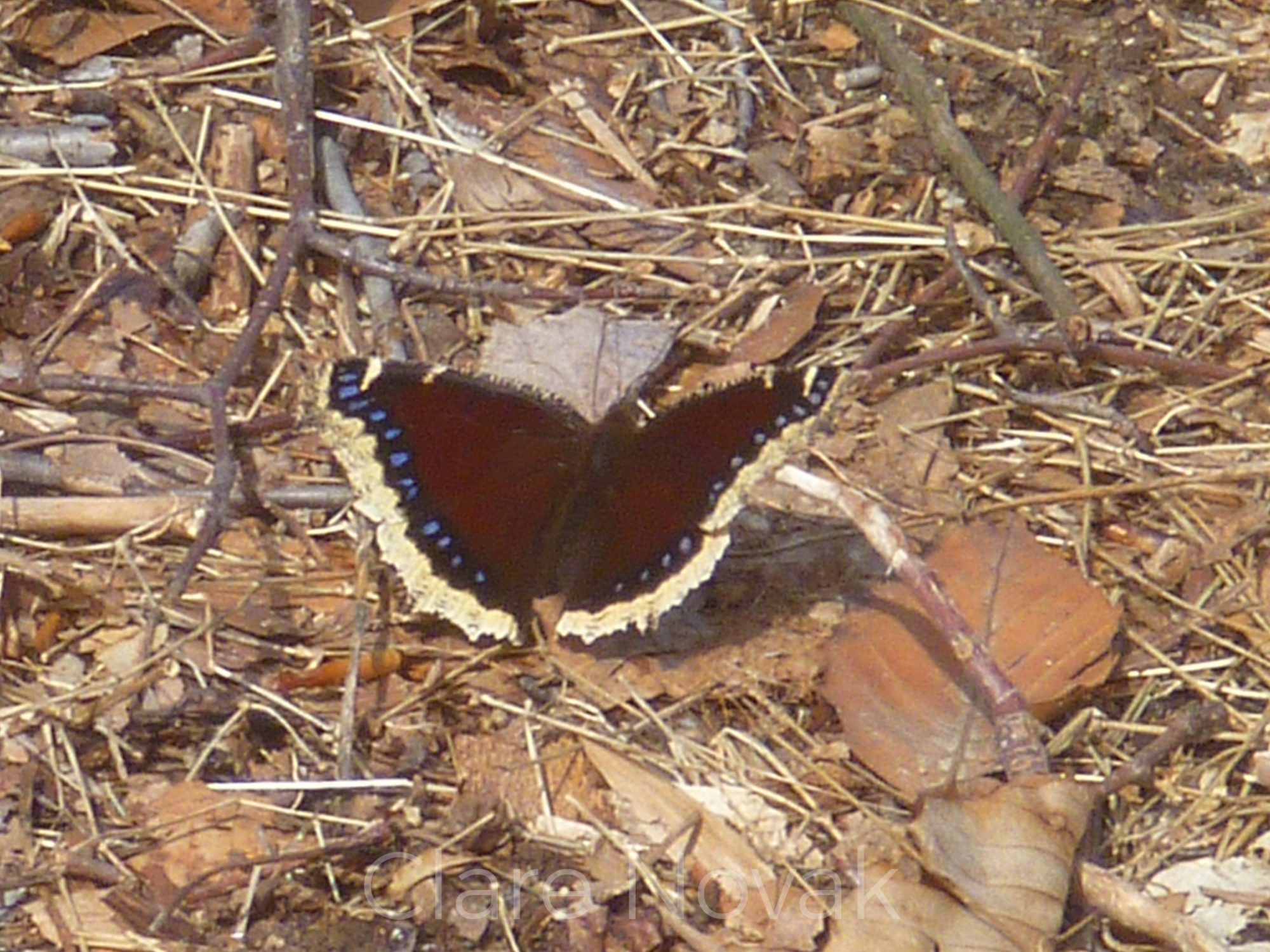 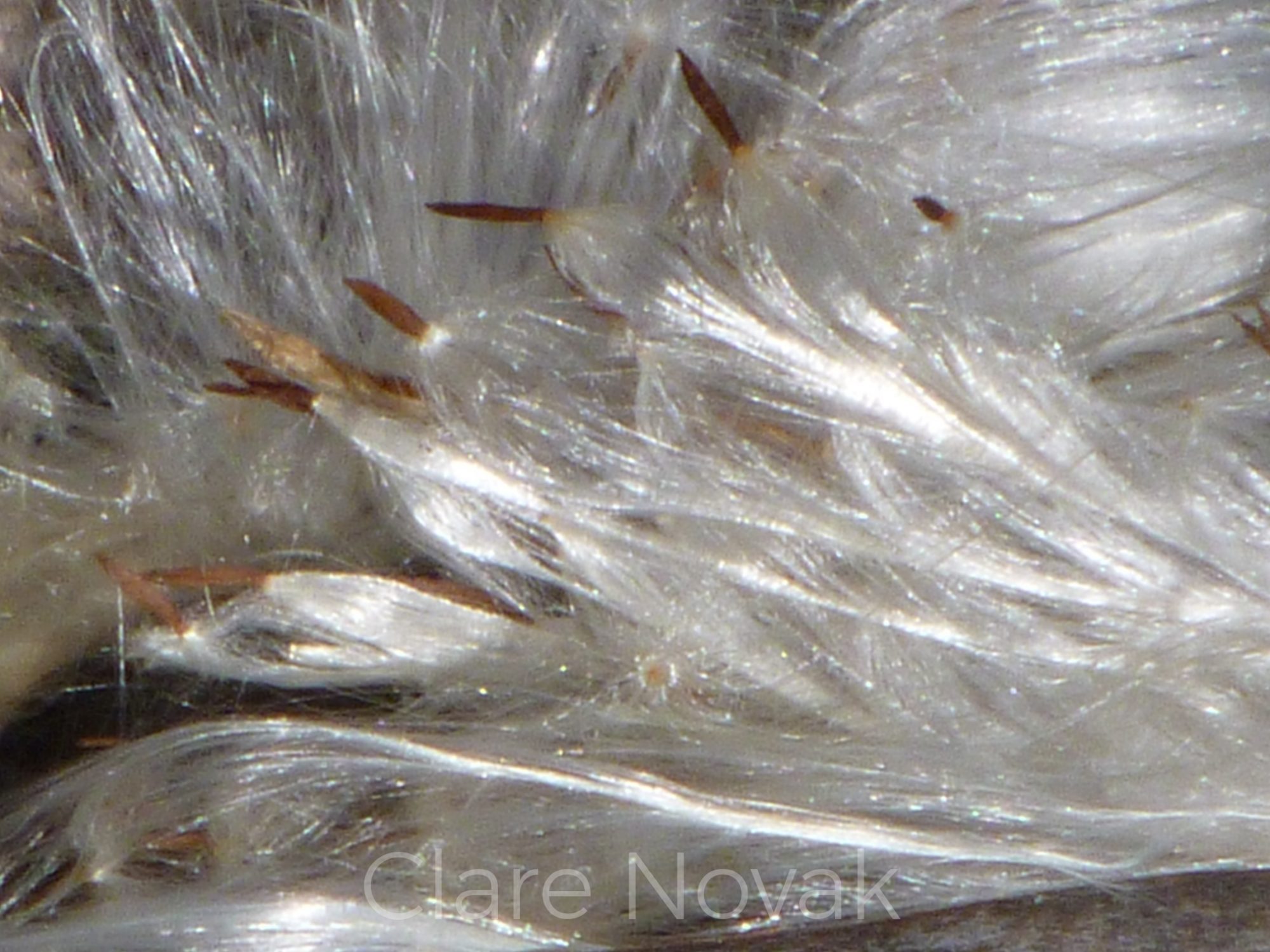 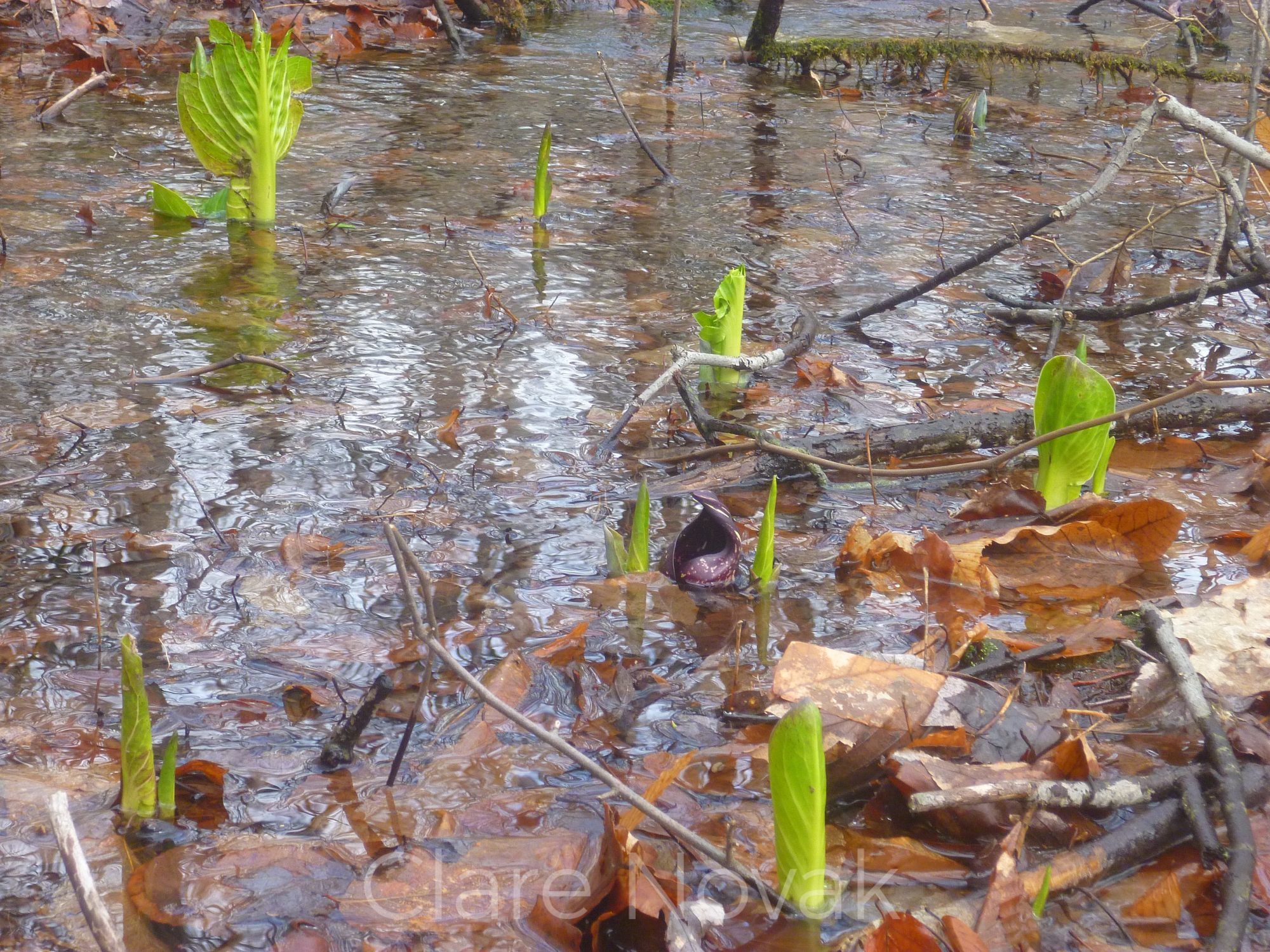 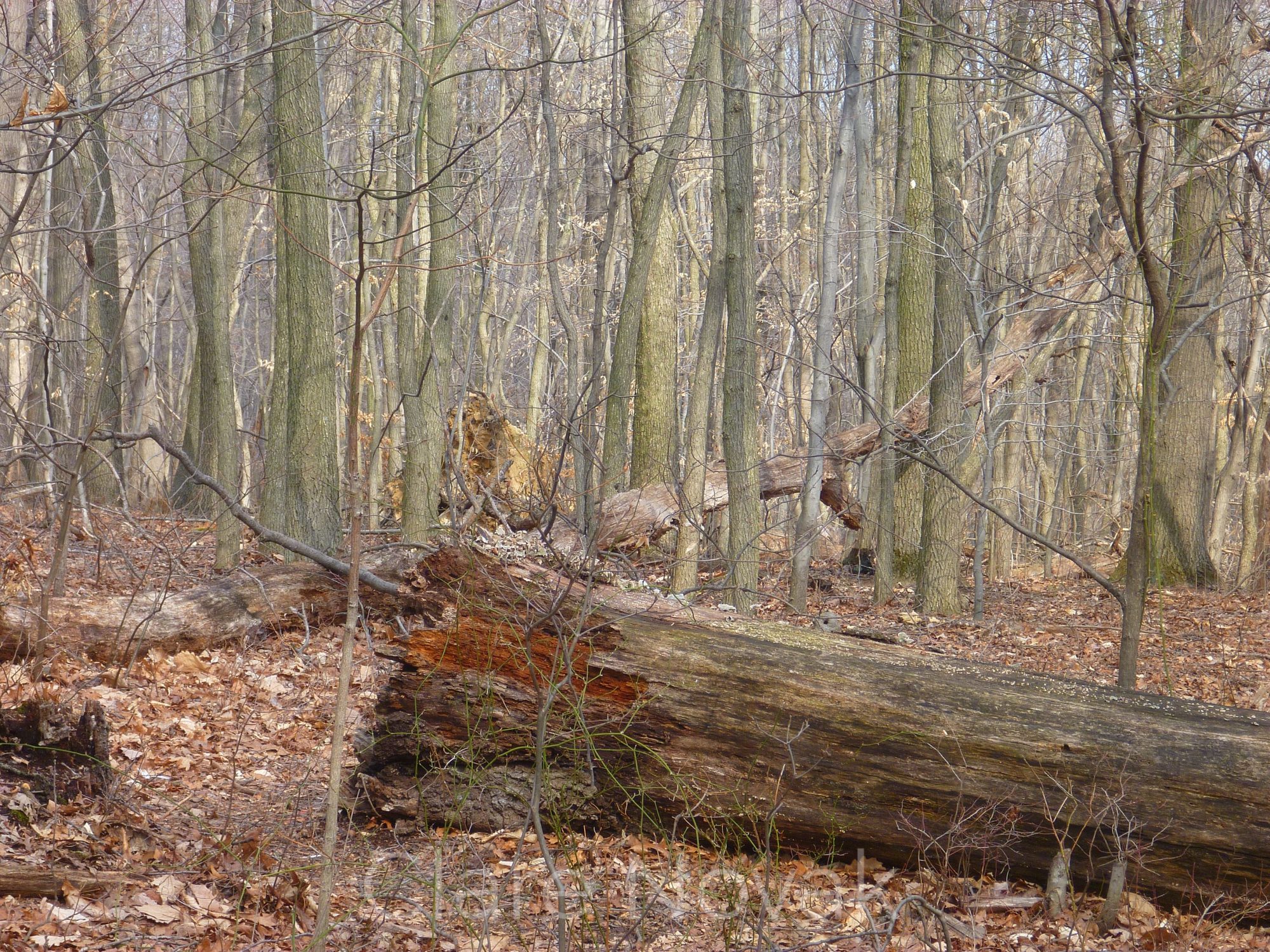 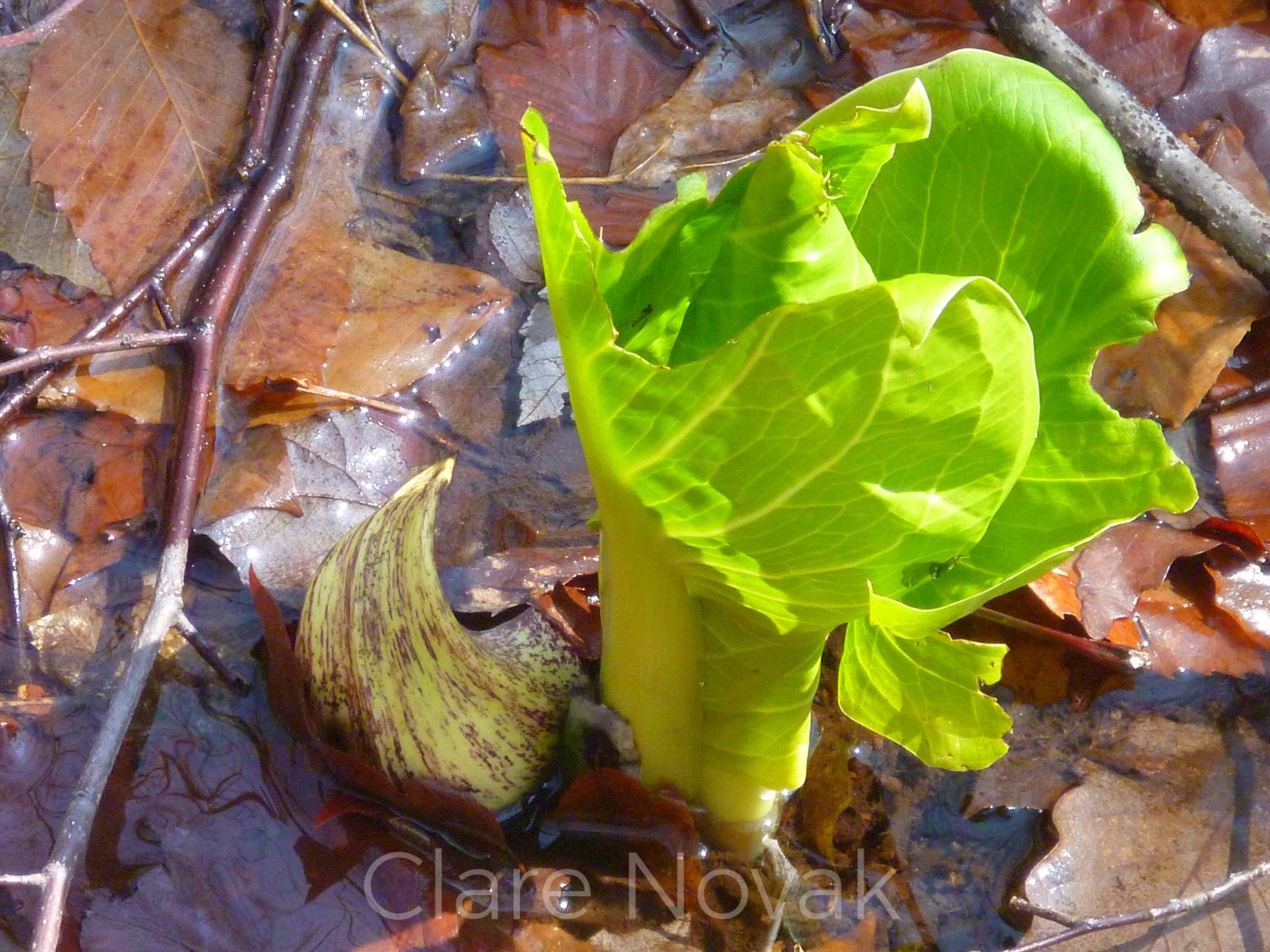 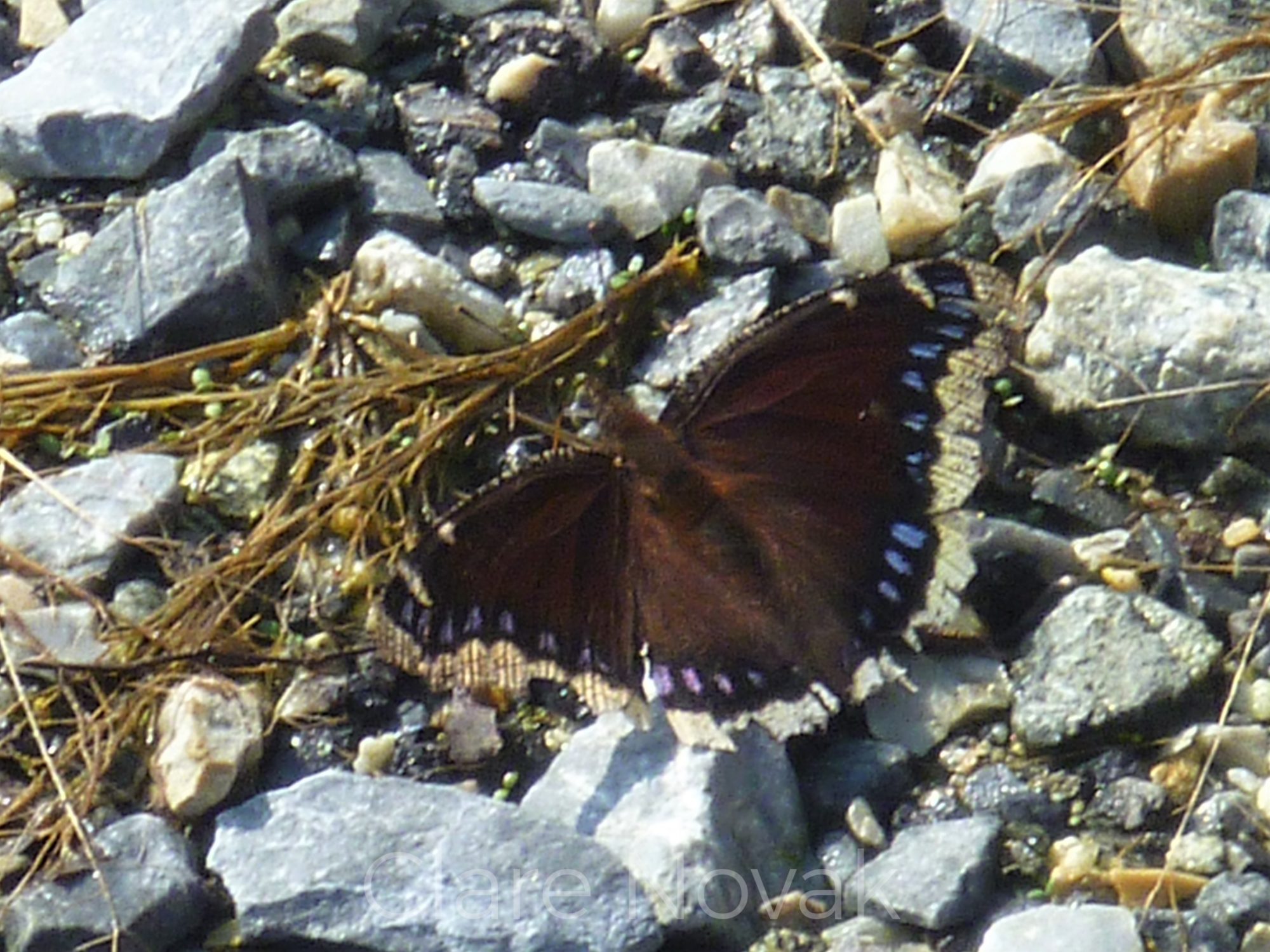 Calendars and clocks are such arbitrary things. The woods in early March look no different from the woods in late February. A dividing line makes no sense. The sense of the natural world is divided by sun, rain, snow, dormancy and growth. If we but note it, we can let go of our dependence on arbitrary dividing lines of second, minutes, hours, days, weeks, months, seasons, year. They make no difference except to give us the pace of our self-imposed stress.

March is that month that doesn’t know what it wants to be when it grows up. March whirls from flooding rain to a summer day then turns again and throws in a dusting of snow for good measure. Like the 70 degree day, the early butterfly was an unexpected delight. The large velvety brown Mourning Cloak tends to be the earliest of butterflies though it didn’t stay alone for long. A few days later, two butterflies pirouetting in mid-air proved not to be a pair of Mourning Cloaks but rather a Mourning Cloak and an Eastern Comma. Apparently they were engaged in disputing patches of sunlight.

True green returned as mosses once again become lush and the marsh plants put up spikes of slowly unfurling green flags. These green sentinels preside over the temporary wetlands of spring. Slowly, so slowly the orange and red of budding trees returns a pale echo of fall colors. And so it is, season to season.

Mother Nature has a wicked sense of humor or perhaps simply enjoys testing faith. After a perfectly nice walk during which I took almost no photos and put my camera way, I decided to explore a bit more. I picked my way through a marsh area toward an old structure. Along the way, the colors of the plants and reflected blue sky grabbed my attention, and I decided to take a few photos. As I did, I heard baritone tapping. This clearly was not the tenor tapping of the small downy woodpecker. This could only be the Pileated. And there it was, clearly visible on a rotting trunk. Of course, just as I framed the shot he flew to another tree. After a cat and mouse game of bird and camera, I managed several shots. While they are not award winners, the subject is clearly identifiable. I feel triumphant enough to share the photo with several friends.

This last walk of March was simply a walk in the woods. While I saw the deer, they had clearly heard me long before that and were already on the run. As I saw them go, I thought of the culling in Valley Forge. It was sorely needed and the charities could certainly use the meat.

Everything about this day was average—the temperature, the partly cloudy skies, the waiting for spring.

January 4, 2011 The carrion eaters had done their work. The entrails were gone. The sun had melted the blood…