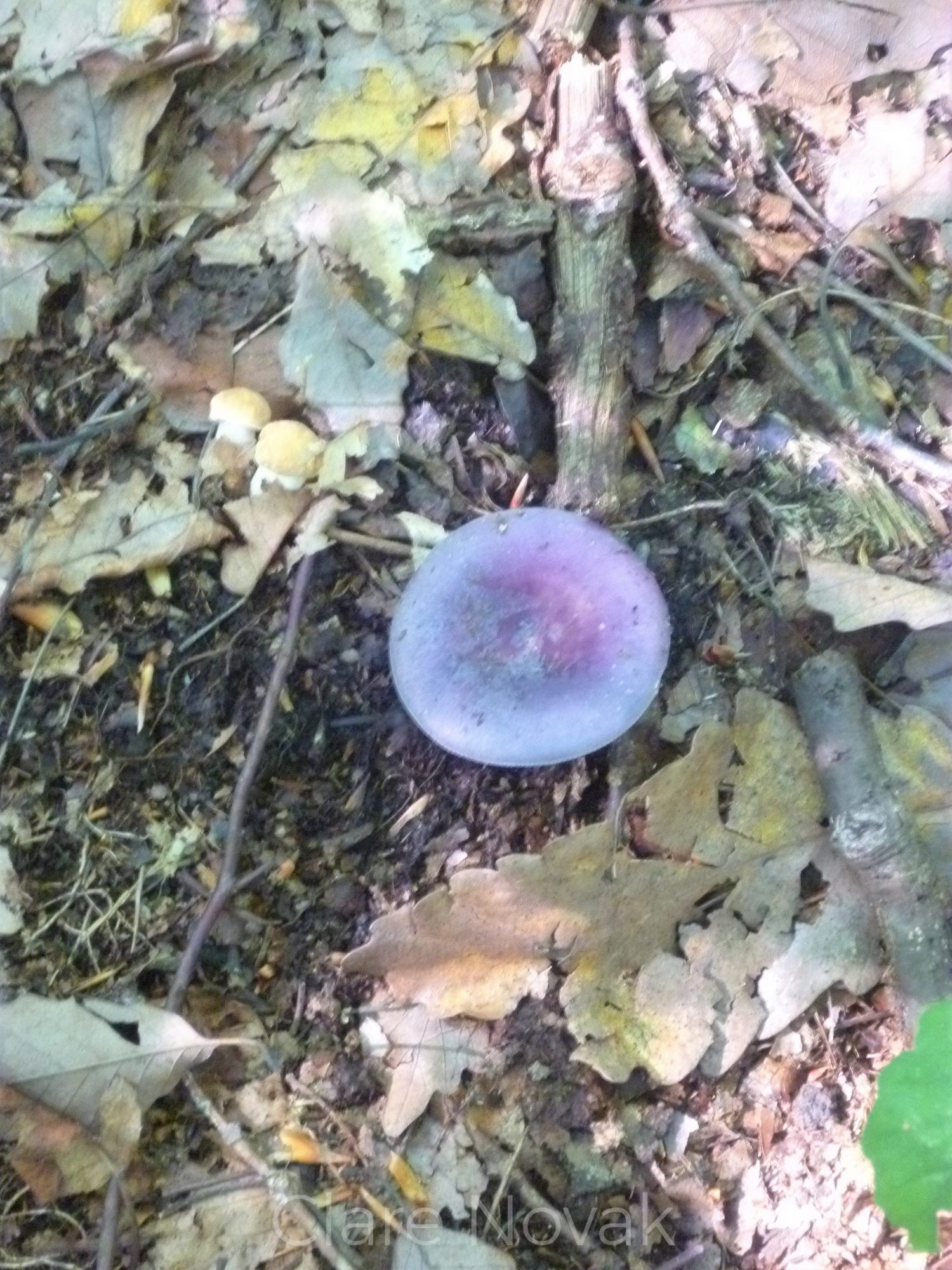 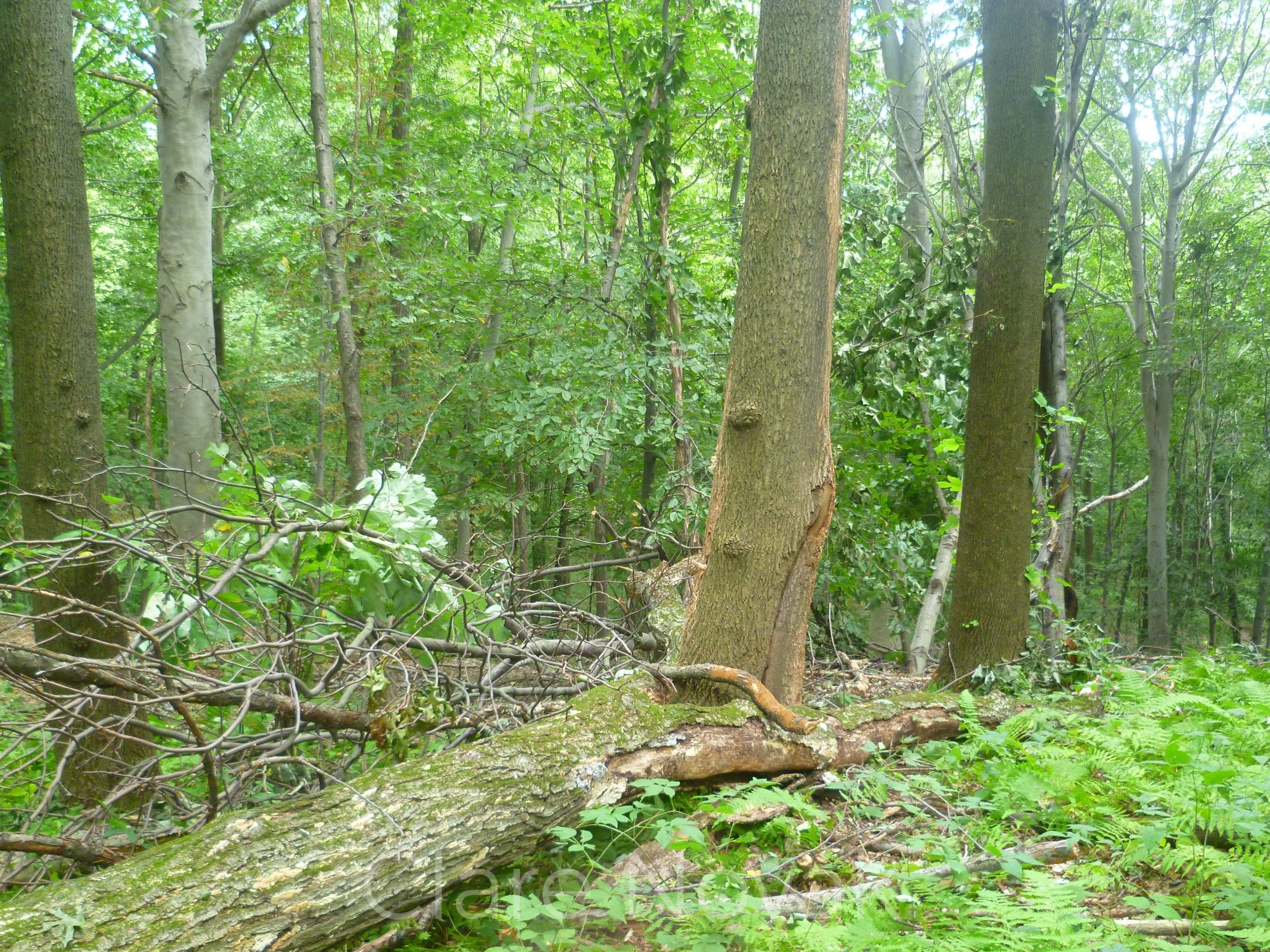 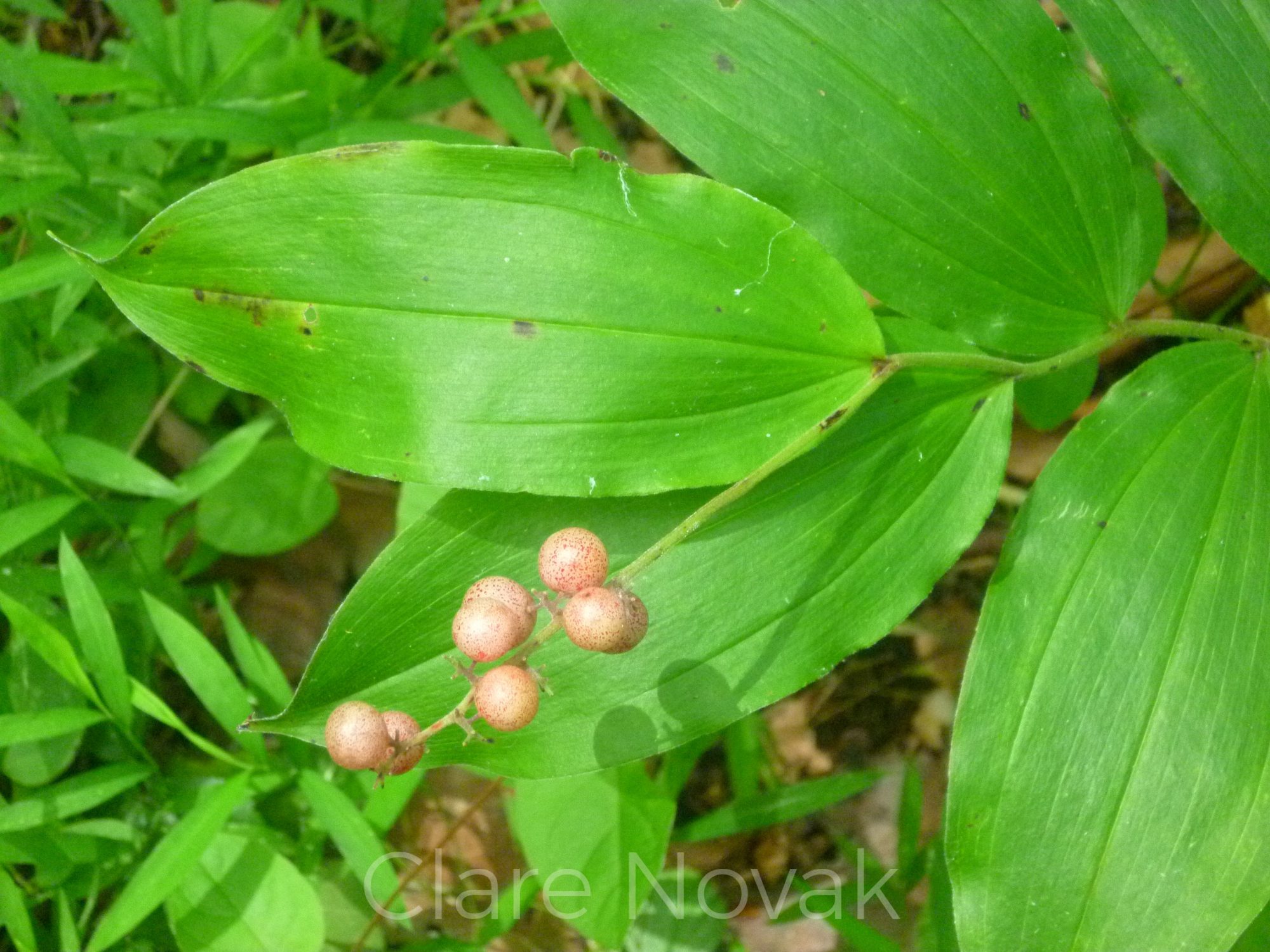 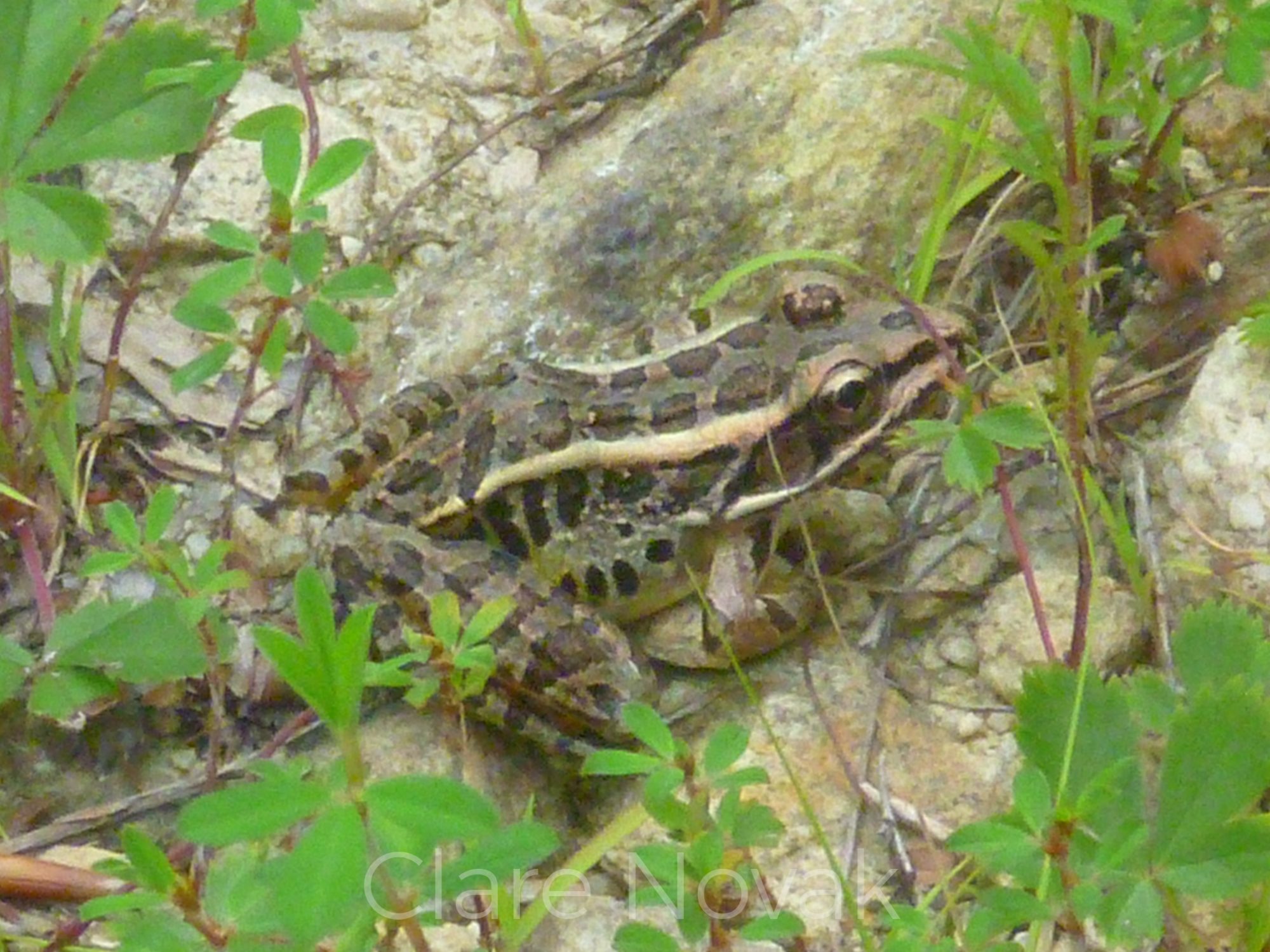 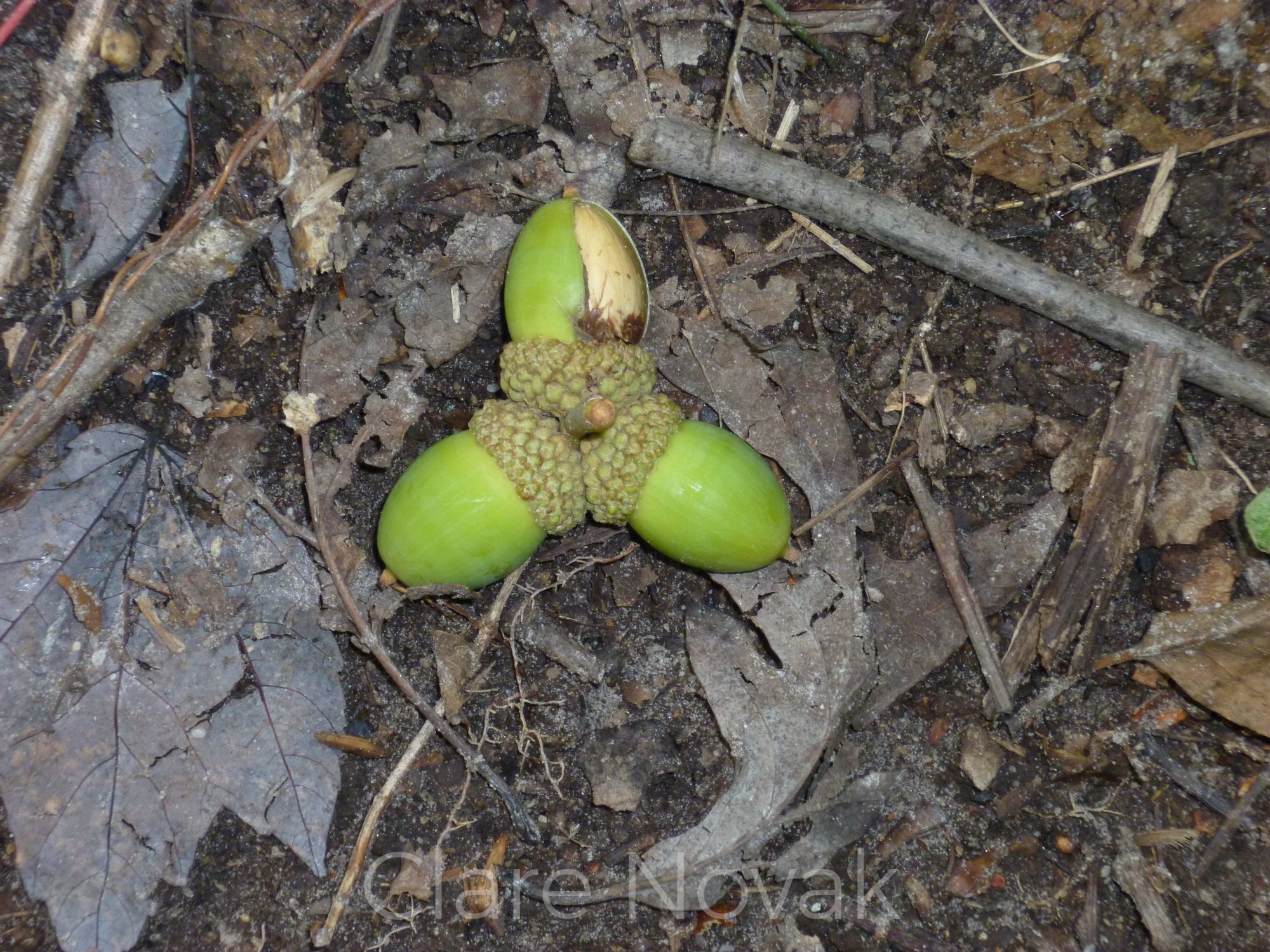 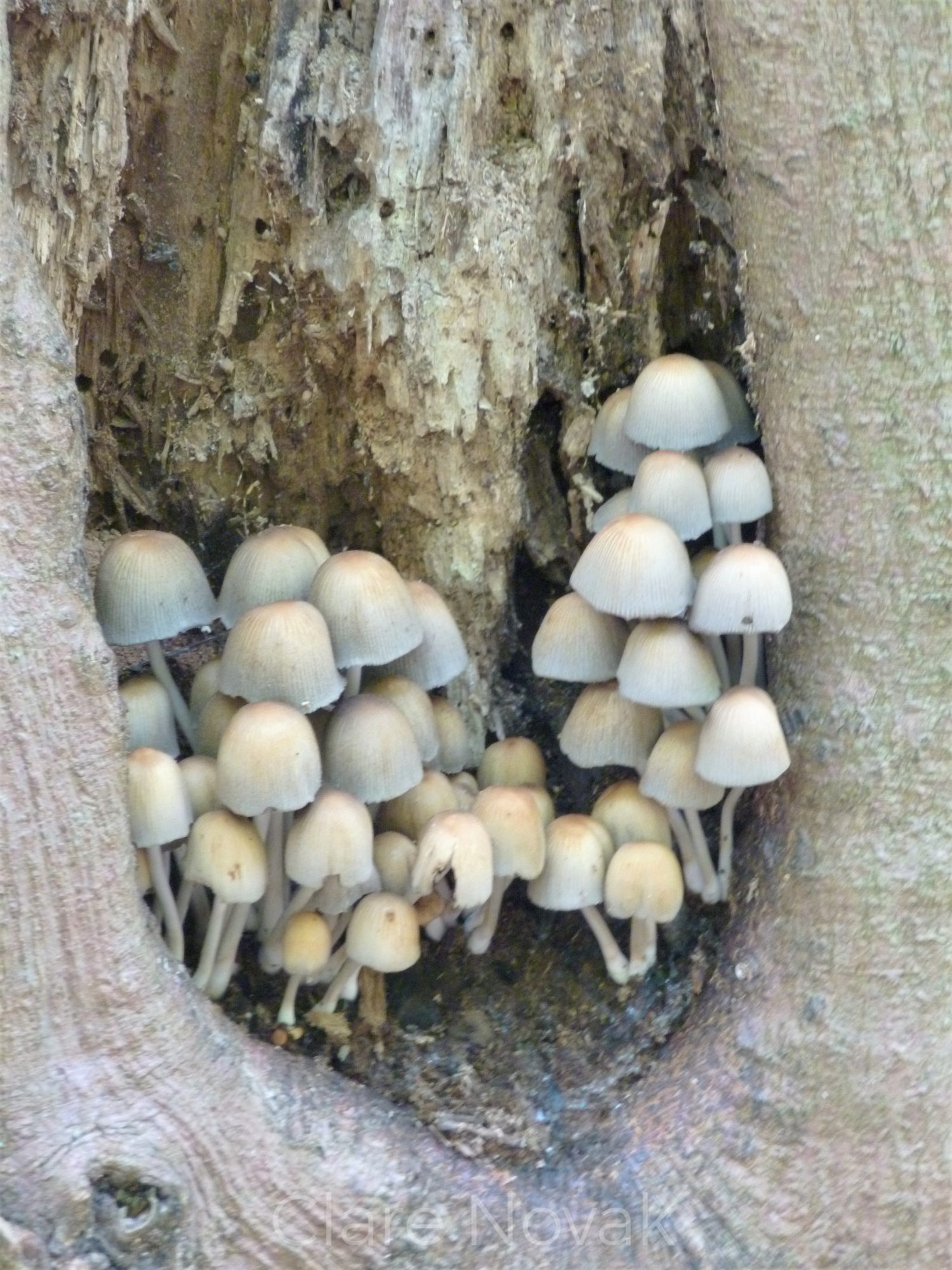 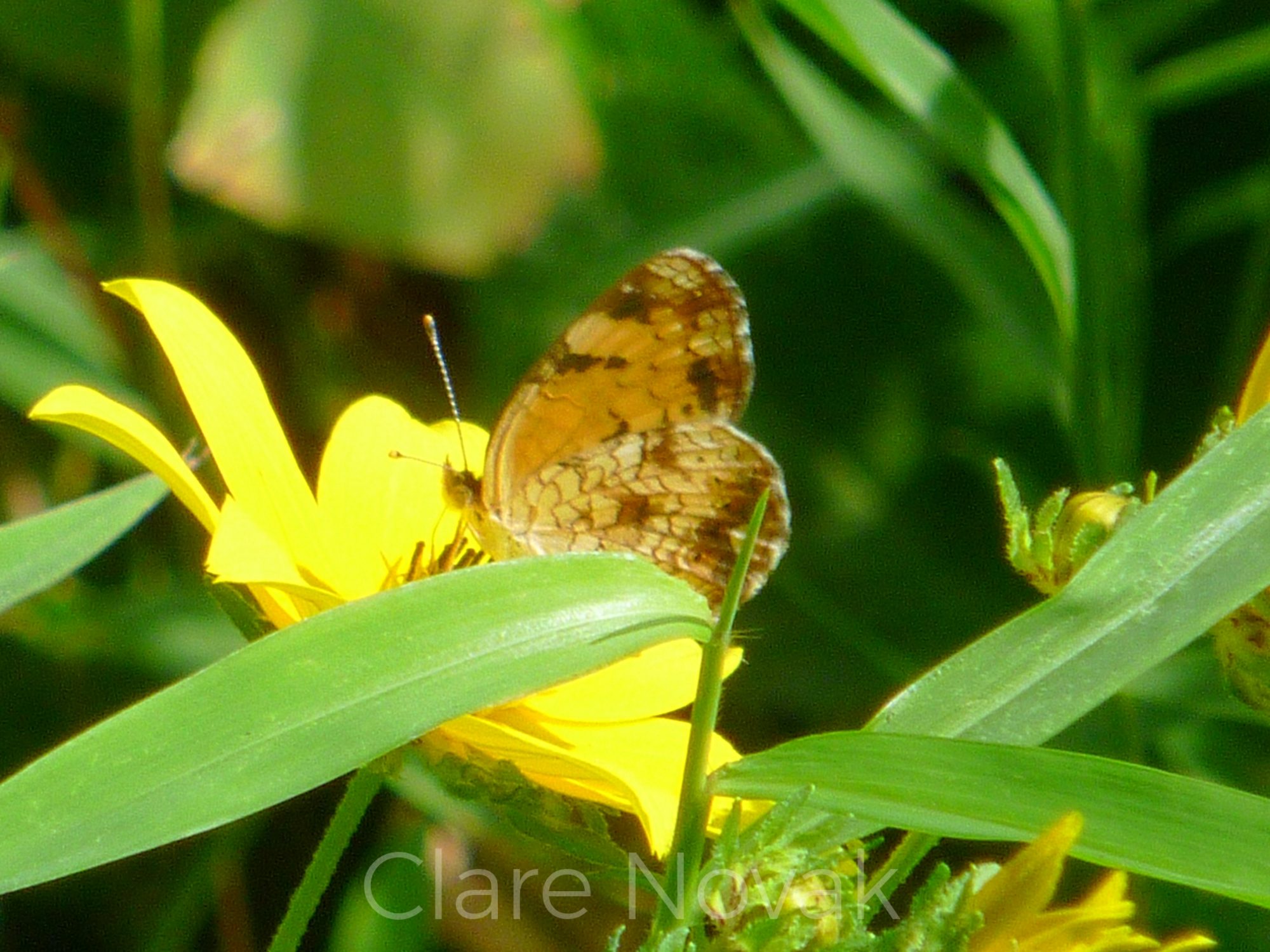 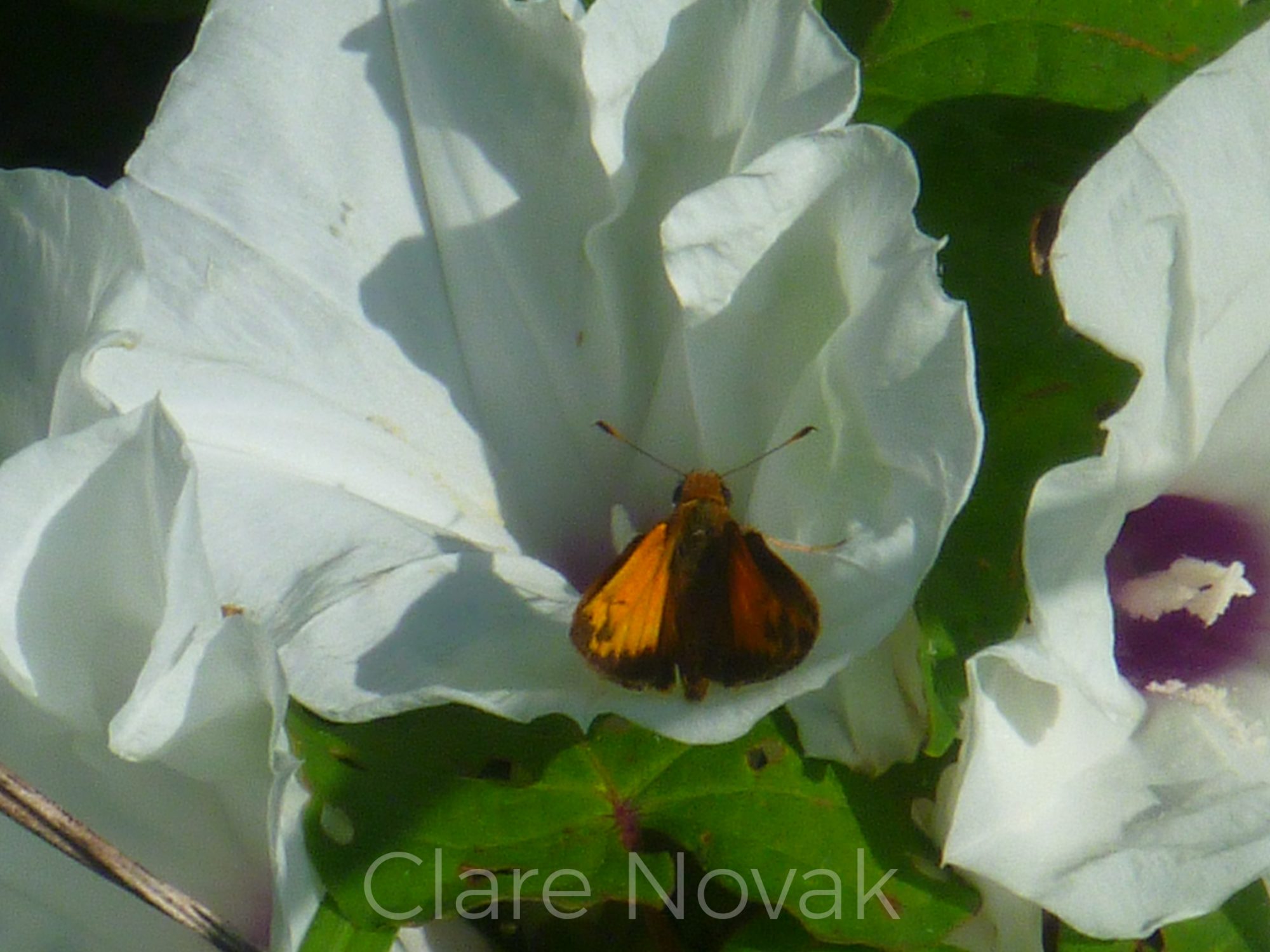 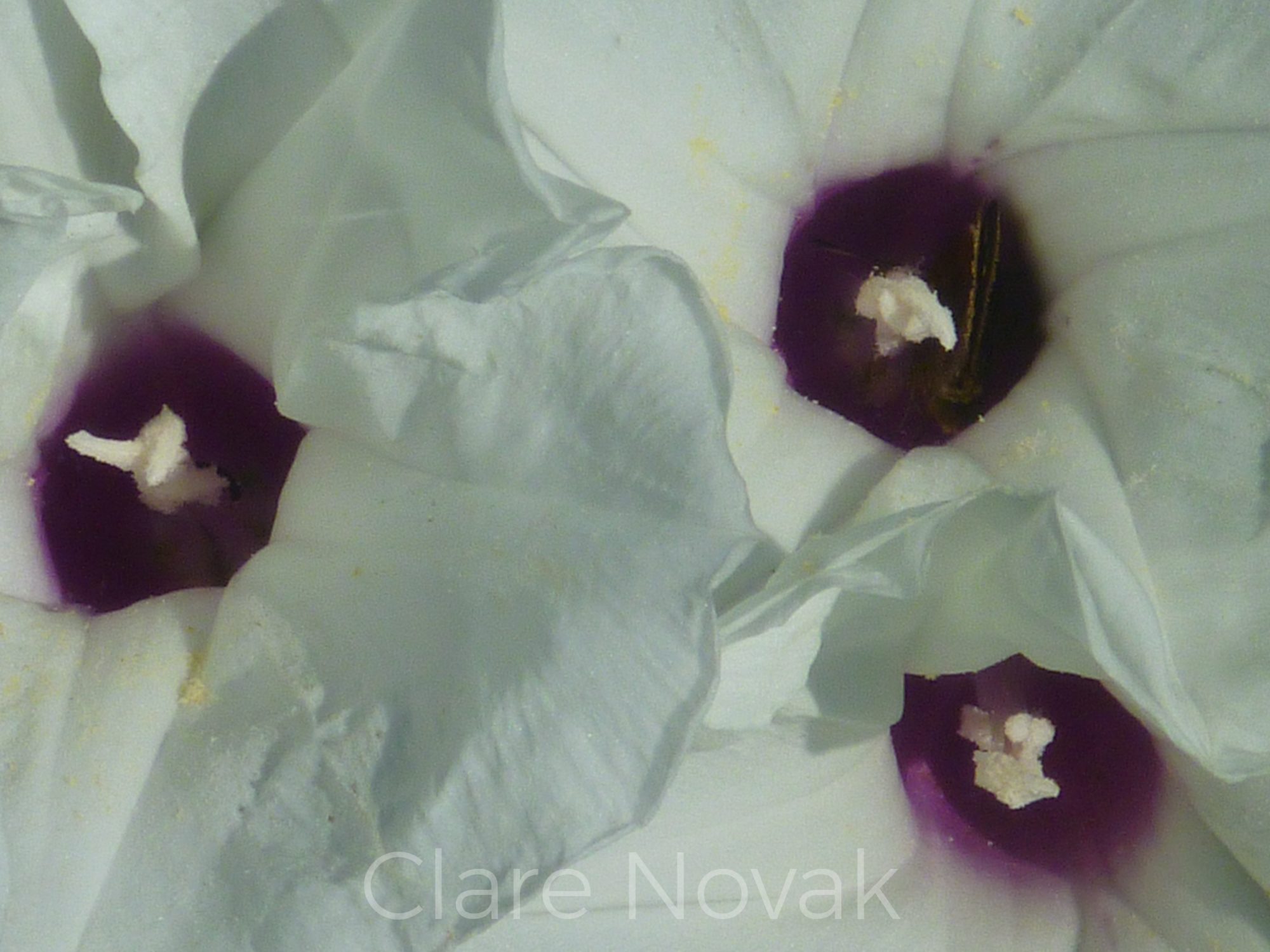 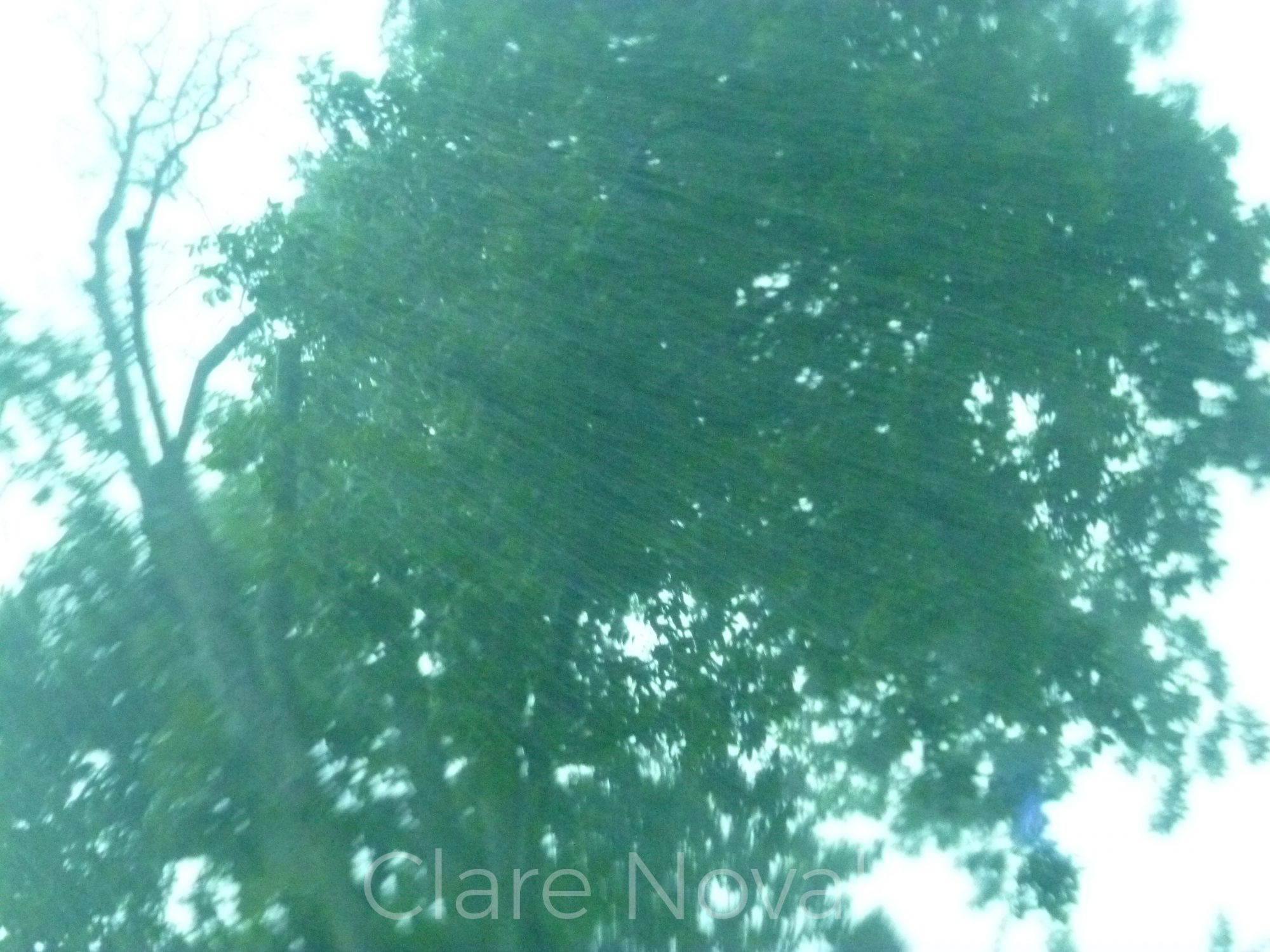 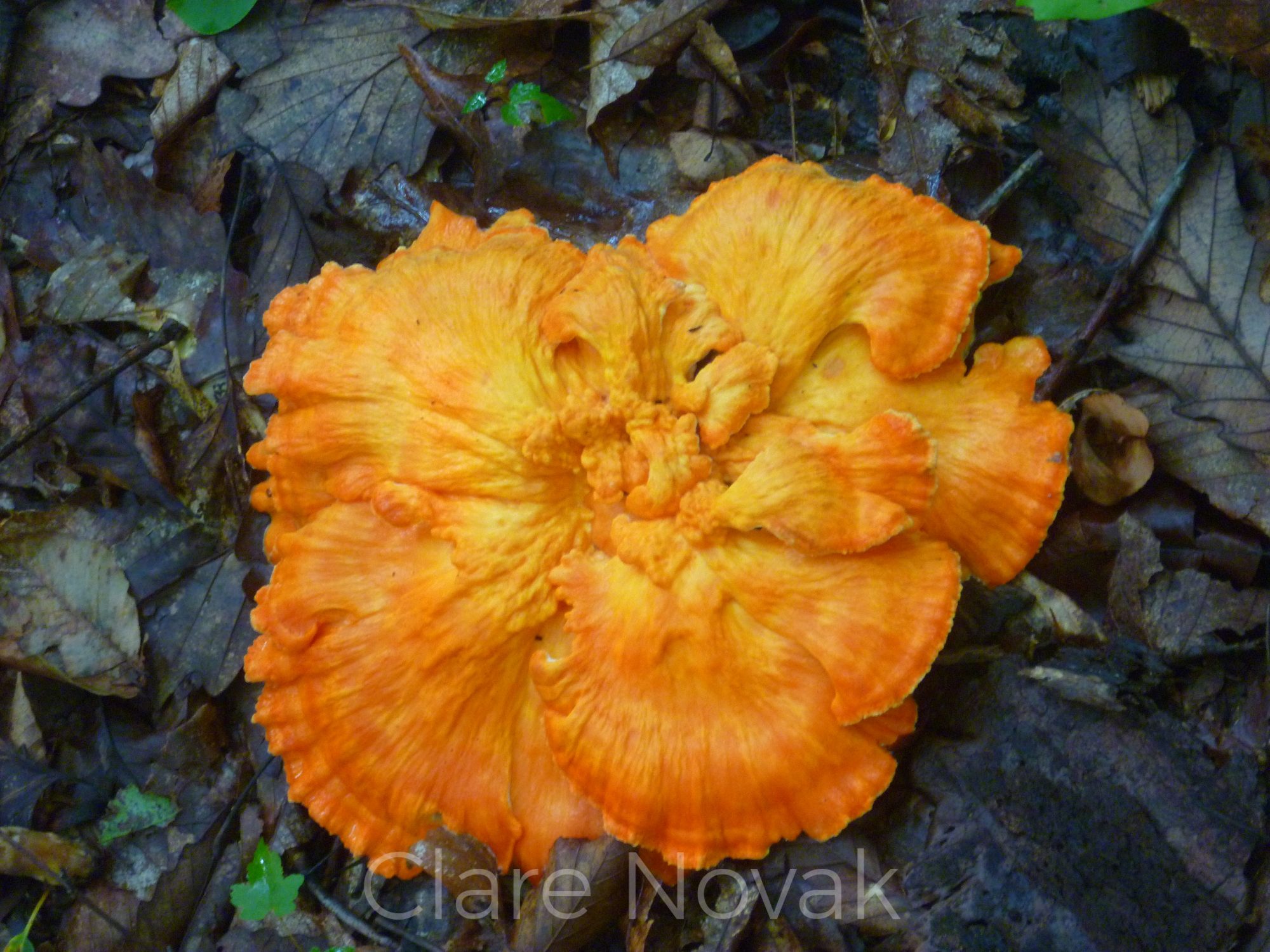 The intention to write of the last two walks in July faded away unrealized. The days were nice enough for July and yielded two new butterflies for my list, a red banded hairstreak and a red spotted purple Astyanax, that latter being quite some handle for a delicate creature.

For amusement, there was a well -placed spider web that for all the world transformed the tree it was attached to into a man relieving himself. Being there for the exact moment the sun highlighted the scene was lucky timing.

So far, I’ve taken only one short walk in August and it was a beautiful late afternoon. Lacking time, I took a half-walk and a very few photos. While walking, I reflected that the project was ending along with the month of August. I know I’ll continue to carry my camera and yet I wonder how much I’ll use it without purpose to drive me.

How will I choose to bring the year together? Can’t say I know right now. A calendar certainly, an inspirational book maybe, or perhaps something else. I cannot say right now. It feels though, that I must pull it together with some rhyme and reason, then send it out into the world.

The green frog came out of hiding and regarded me. Apparently he found a human with her feet in the cool water of the small pond an unremarkable thing. It worked both ways. After dozens of photos, he was no longer all that remarkable to me. The Pickerel Frog I saw later was another matter entirely.  We had never met before.

Recent rains encouraged mushrooms to push up through the soil and debris. While each appeared unique to me, they’ve proved frustrating to identify. Three trips through the field guide failed to yield a name for the white and gray tortoise shell designed caps on a long white stem. Something in the Amanitas I expect from the roughness of the surface. More rain is coming soon. More mushrooms will bloom.

The Acadian Hairstreak butterfly and I made our first acquaintance today as well.  Those meetings are, after all, why I will continue to carry my camera into next year and perhaps the next after that as well. It would be wonderful to have a full catalogue of the life in these woods.

Thick, wet, warm air at 8 am would turn hot as soon as the sun poked through the clouds. More rain had come overnight and so had more mushrooms in colors from camouflage brown through lemon yellow and the bright rose of the two colored bollette. Undoubtedly, these would prove as frustrating to identify as their fellows of the day before.

Drops of water clung everywhere, even to the bottoms of spider webs. The slight breeze sent showers of them down from the tree tops. The storms had toppled a middle aged maple and its branches bent several saplings to the ground. As I walked around it, I noted that many years from now when the tree was decayed and gone, the trail would still have a bend in it without a purpose.

Lazy and venal people had left their trash in the woods–more beer bottles, more dumping. Having seen clear evidence of hunting this past winter, I now notice shotgun shells littered throughout the woods. Undoubtedly though, the fresh, new “No Hunting” signs posted by the county will take care of the hunting, as the chastened hunters have not even bothered to take down their deer stands. I don’t have an objection to hunting, just to being shot at—and to a hunter not finding his wounded prey and putting it out of its misery. To the people who treat this woods as their personal garbage dump—shame.

Nature has beauty that deserves respect. To prove it, a Scarlet Tanager perched in a tree just where the trails met. His bright colors contrasting with the misty green.

Both of these walks were more about relieving stress than about enjoying nature. Wednesday was a lovely evening however I was seething with frustration. After spending several hours putting together information for a proposal in the same second I sent the information, I received a template which required me to rewrite everything. I had to walk away.

Walking quickly to vent my anger, I heard a disturbing sound. Below me were motor bikers illegally driving through the woods. I wish I’d been on that lower trail to take their pictures and turn them in. Not only did the harsh gearing noise disrupt the peace, the tires dug up the trail. If I ever have the chance to turn them in I will.

Today, after spending the day rewriting everything for the proposal, I was just weary and needed to walk my knotted muscles away. And so I did. Between the two days, I took the merest handful of pictures and have yet to look at them, when usually I can’t wait to download the second I’m at home.

Saturday afternoon walks are a wonderful thing, though the woods and I seem to understand that this journey is coming to a close. We are lazy together. The woods changed little and I hardly bothered to take a photo.

Mushrooms are the one exception as the recent rains coaxed every variety out.  There are so many varieties that I think perhaps my next project will be to photograph and document them all. These opportunists spring from every morsel of decay. They are in every shape from the “classic” mushroom shape through ripples and waves that rival Chihuly. Colors range from lurid orange to brown on brown.  It’s as if some do everything to be seen and others do everything possible to be over looked. Mushrooms would indeed be a worthy project.

Several half-walks were all I’ve managed this week, though I was glad for them. Perfect weather is a gift to be appreciated.

The woods will change this weekend. I expect the hurricane will down every lightly rooted tree. It will cut deep gullies on what today are paths. It will wash debris down.  Parts of the old gravel road will simply disappear.

I wonder how the creatures will fare. Where will they go? I expect they will huddle up in a hollow of a tree, in the lee of a rock, anywhere they can simply ride it out. I wonder if we humans will do much better.  Some of us pay attention to the warnings and prepare the essentials of what we will need without electricity and running water. Others will pay no mind. Finally, what will be will be.

“It was a dark and stormy night.” That line always amused me. Tonight it will be true. Hurricane Irene is coming, though she is not so wrathful as once predicted. This morning though, it is merely gray and thickly humid. Anemic sunlight occasionally filters down.

An art teacher once adamantly maintained that shadows were never black and furthermore, that black did not occur in nature. He is most profoundly wrong. He had never walked the woods on a dark and stormy night. Nor had he observed the insidious advance of black fungus through Pennsylvania.  Only Pizarro ever got it right; the shadows in his trees were black.

Good luck woodland friends. May you weather the storm.

Wind and water carved a new landscape. Plenty of expected differences happened. Trees were downed, grasses flattened and leaves littered the ground. The force of water carved channels into trails some eighteen inches deep—the inch of dark loam contrasted sharply with the tan clay beneath. All of that I expected. I was shocked by the complete change of ecology in the main creek. Where it once meandered through rocks was now dammed to form a waterfall. The pool moved down stream and a new channel flowed past the roots of the downed patriarch.  That huge beech had fallen years ago and is slowly giving way to the thousand cuts of natural decay. Now it shelters a pool in the depression where its roots once held ground.

This was a ceremonial walk. It was a time to see the path as a conclusion of one journey. A year in my woods has passed.  While the human created measure is done, the woods take no notice. It is not their time; they feel no ending. Theirs is the continuing circle of seasons. Already there is evidence of green chlorophyll retreating even though this lushly wet August has kept green vibrant. The wheel will roll; autumn will come.

It is I who have marked an ending—a year was the time I’d set and a year it is. From here forward, I will be on two paths, one to create something from the concluded journey and the second to keep walking the very same paths where nothing has changed and everything has changed. Both paths are remarkable gifts. How fortunate to have the time to walk two or three times a week for most of a year—to be joyful in discovery, overwhelmed by an accidentally wonderful photo, and humbled by it all.

January 4, 2011 The carrion eaters had done their work. The entrails were gone. The sun had melted the blood…