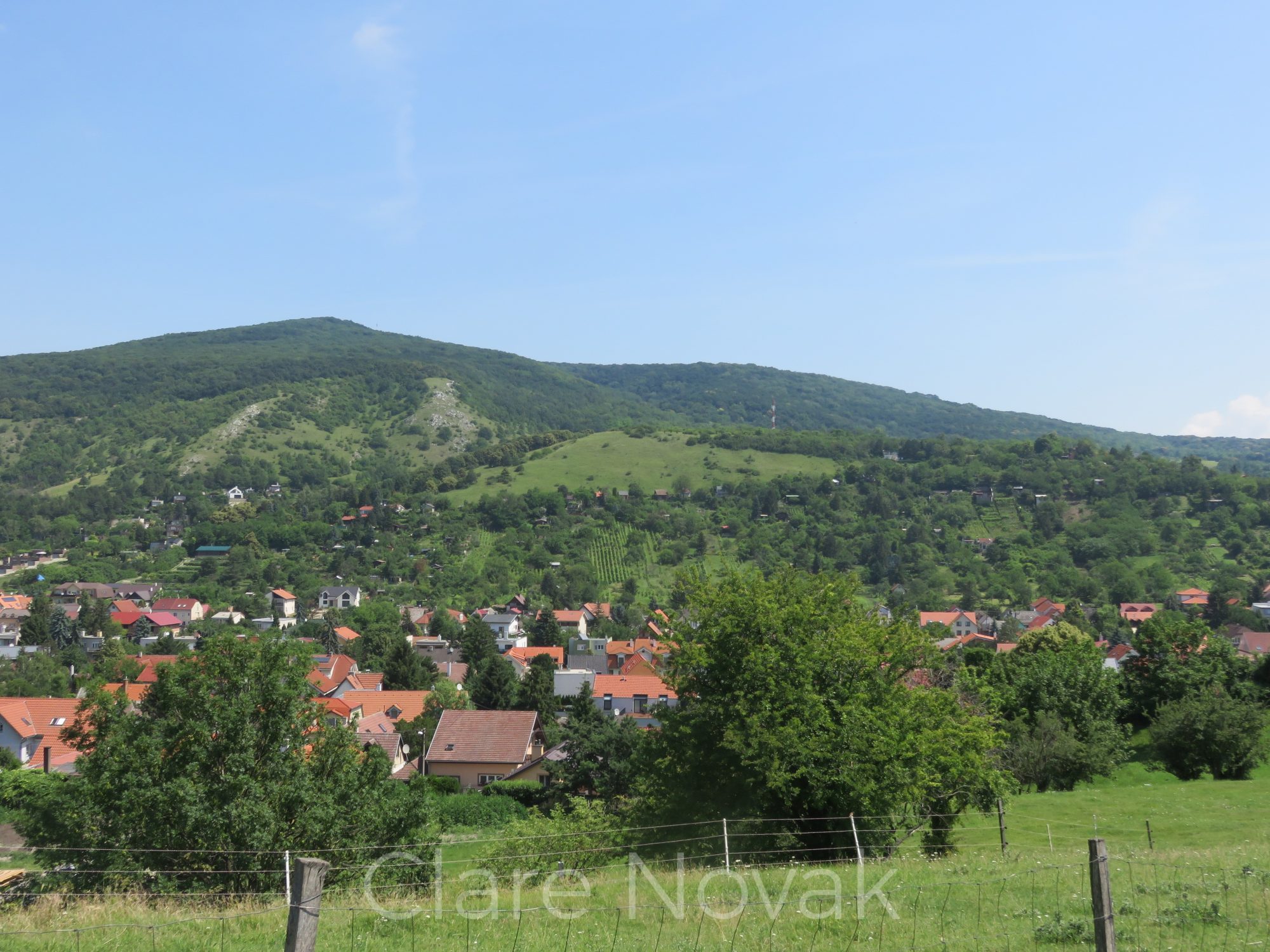 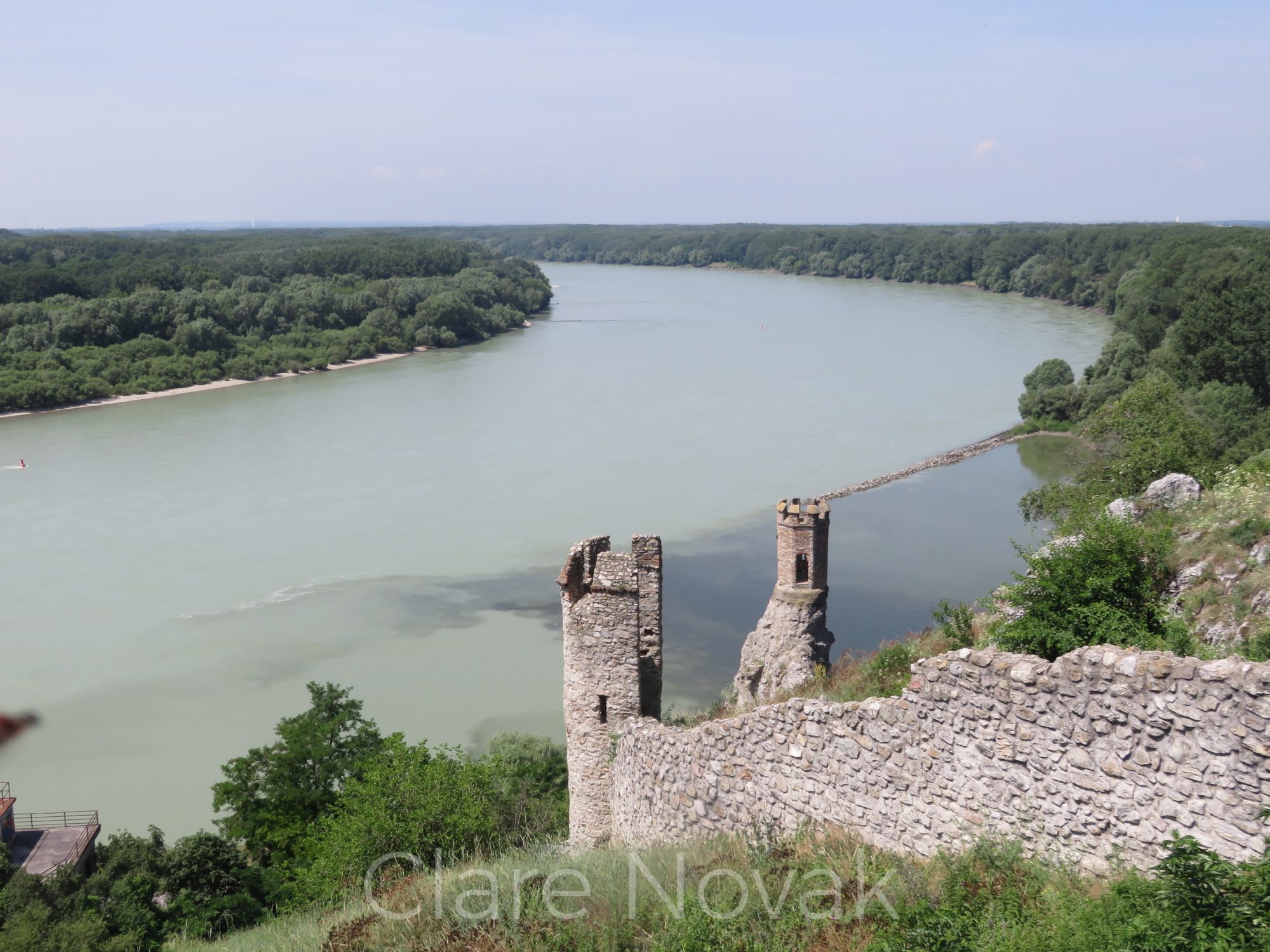 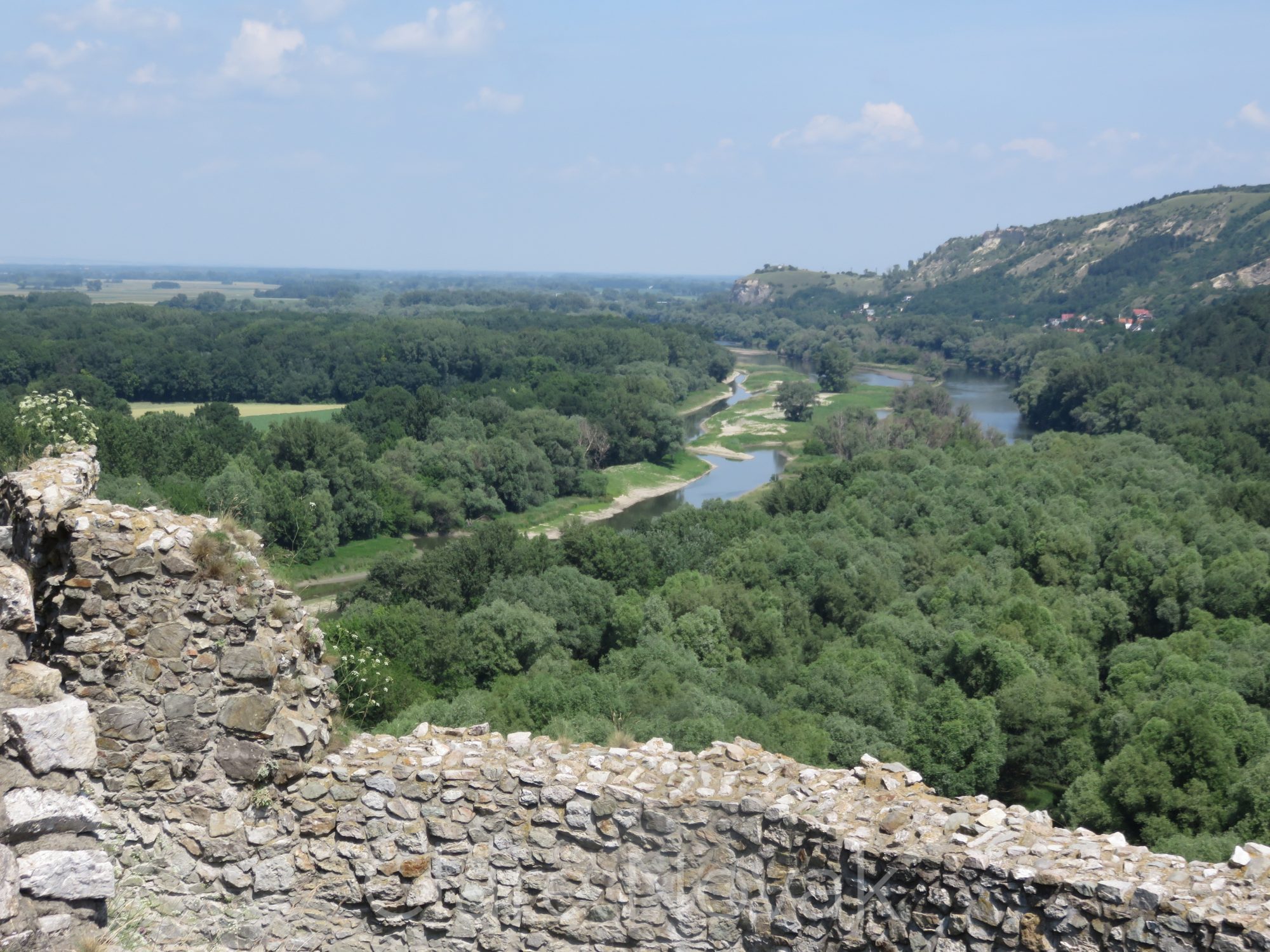 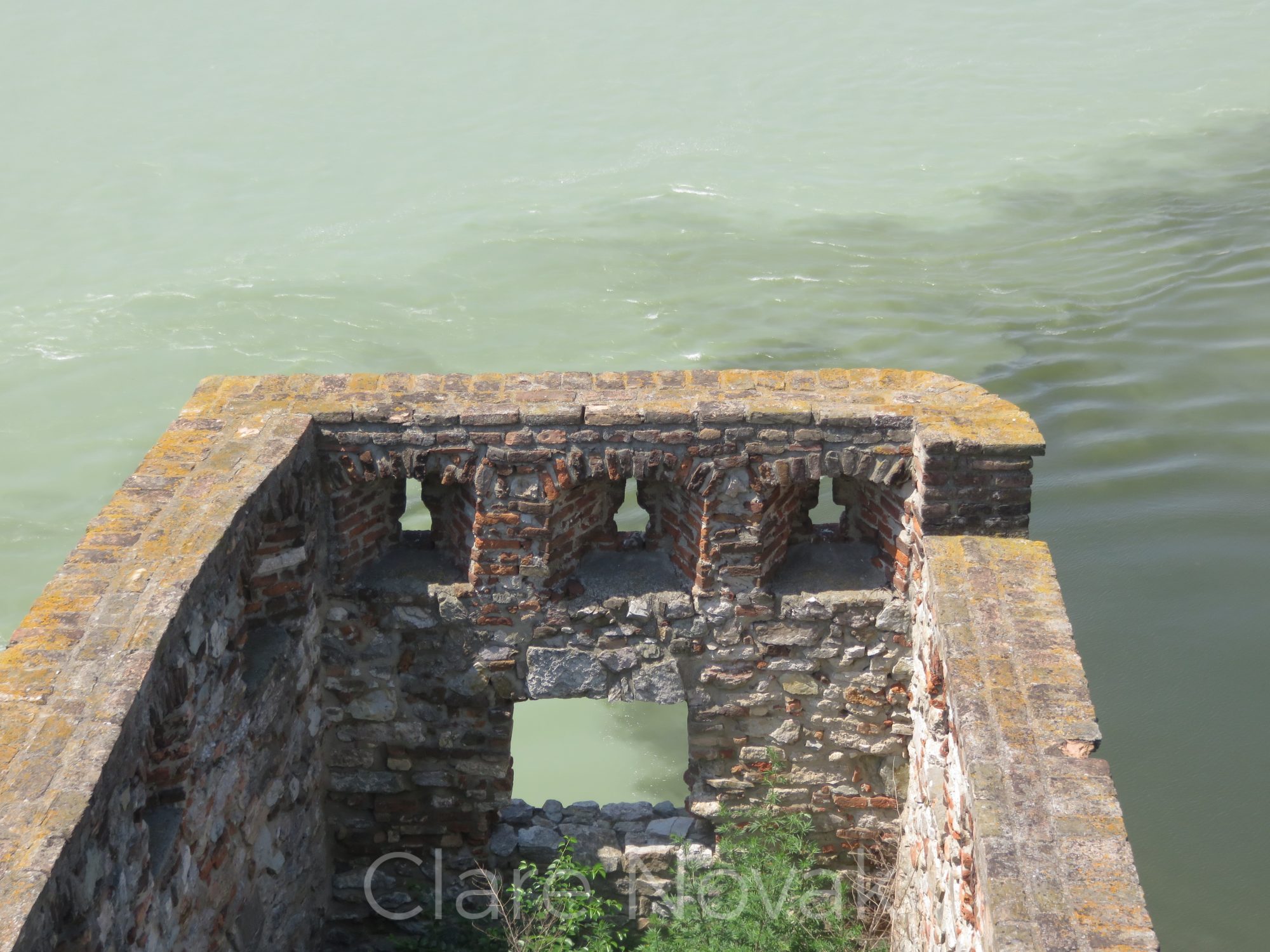 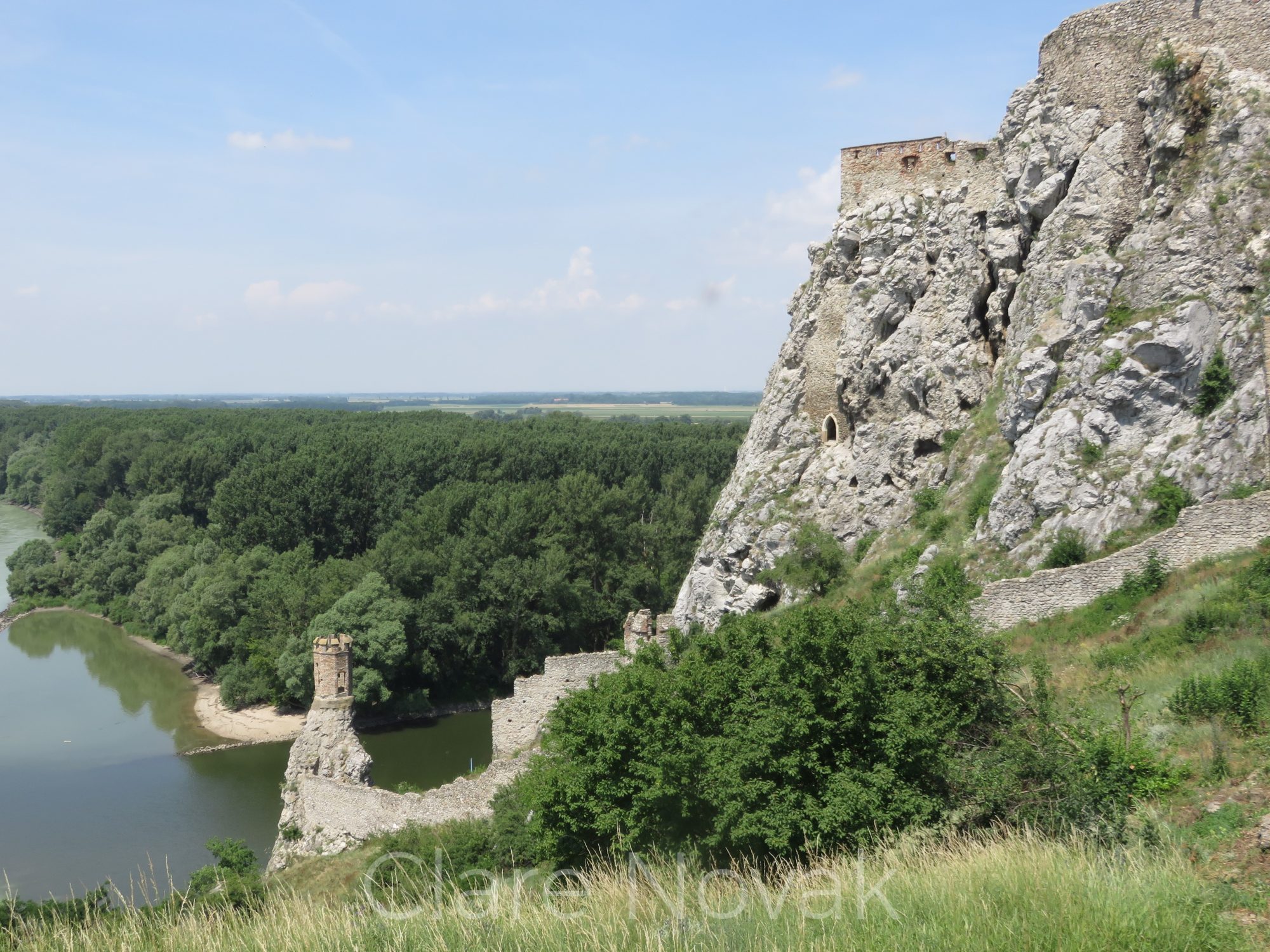 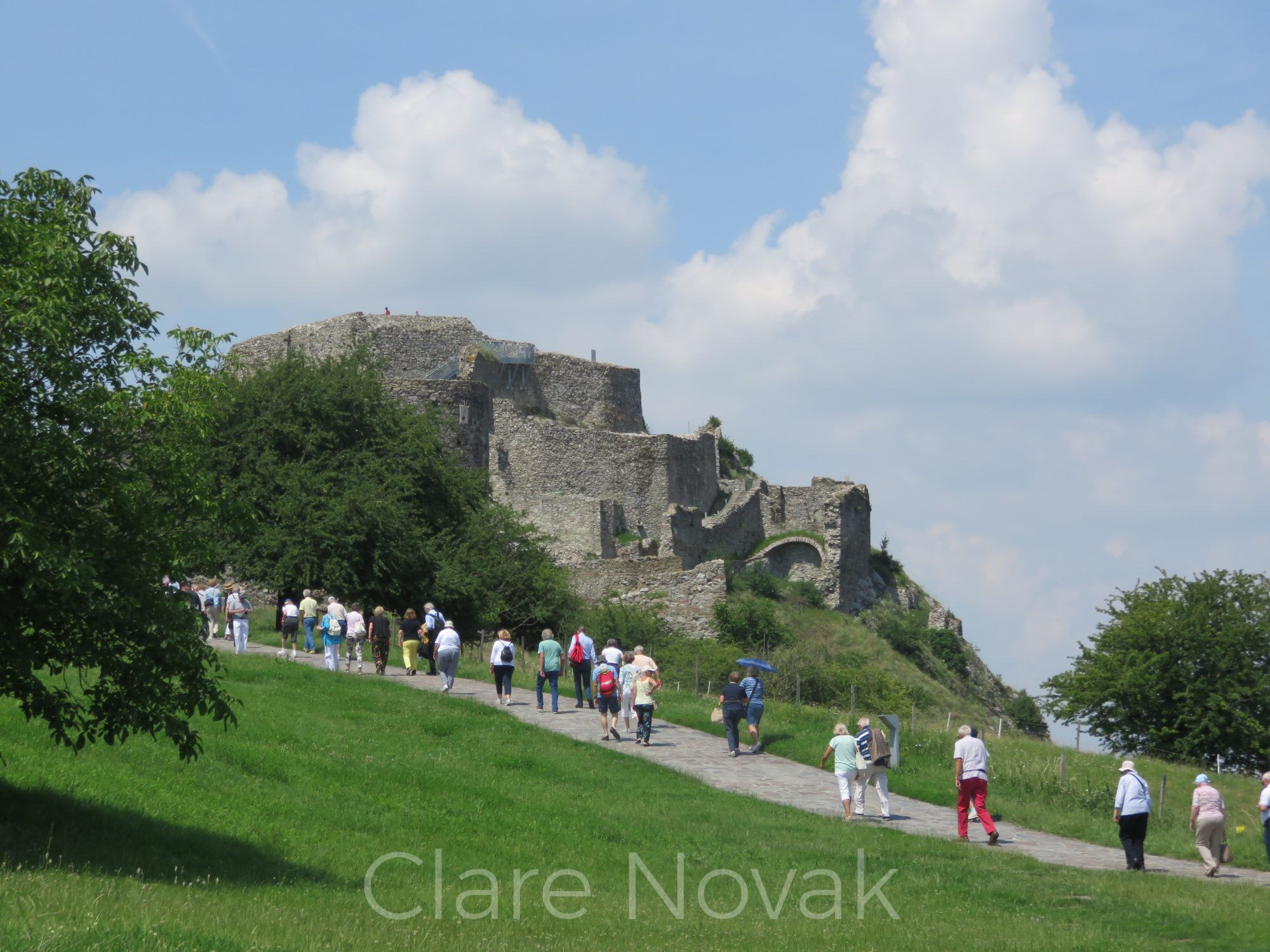 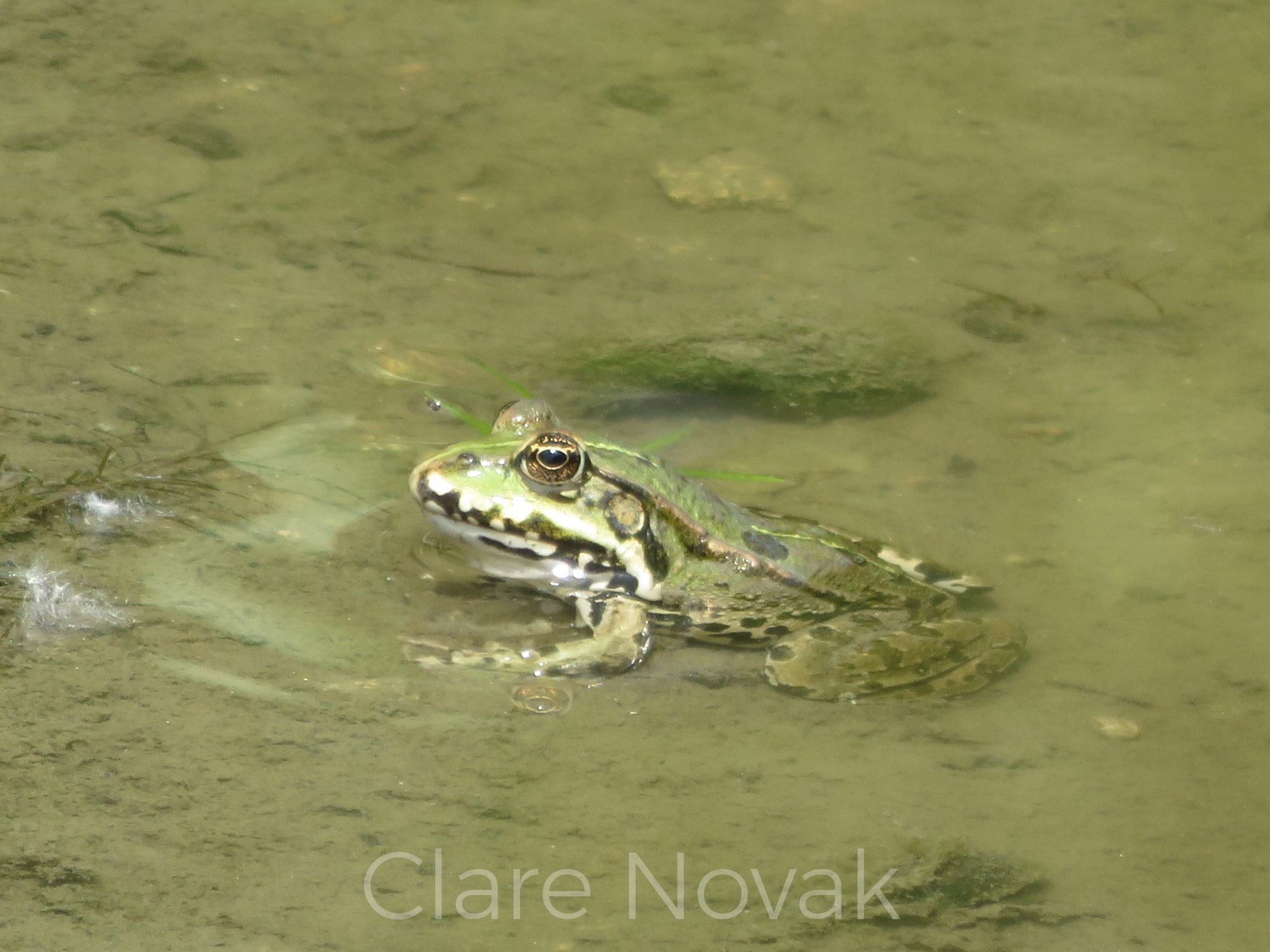 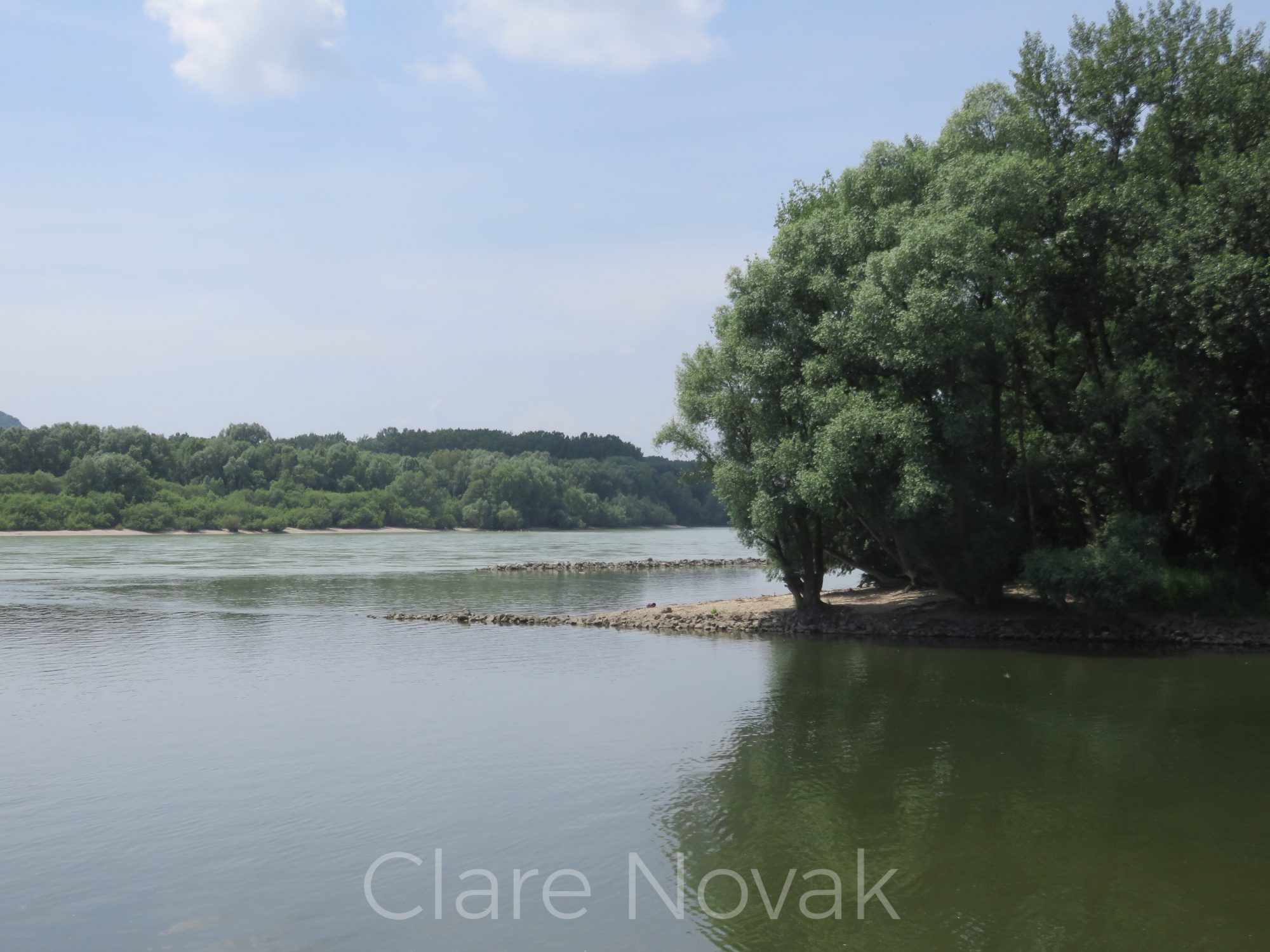 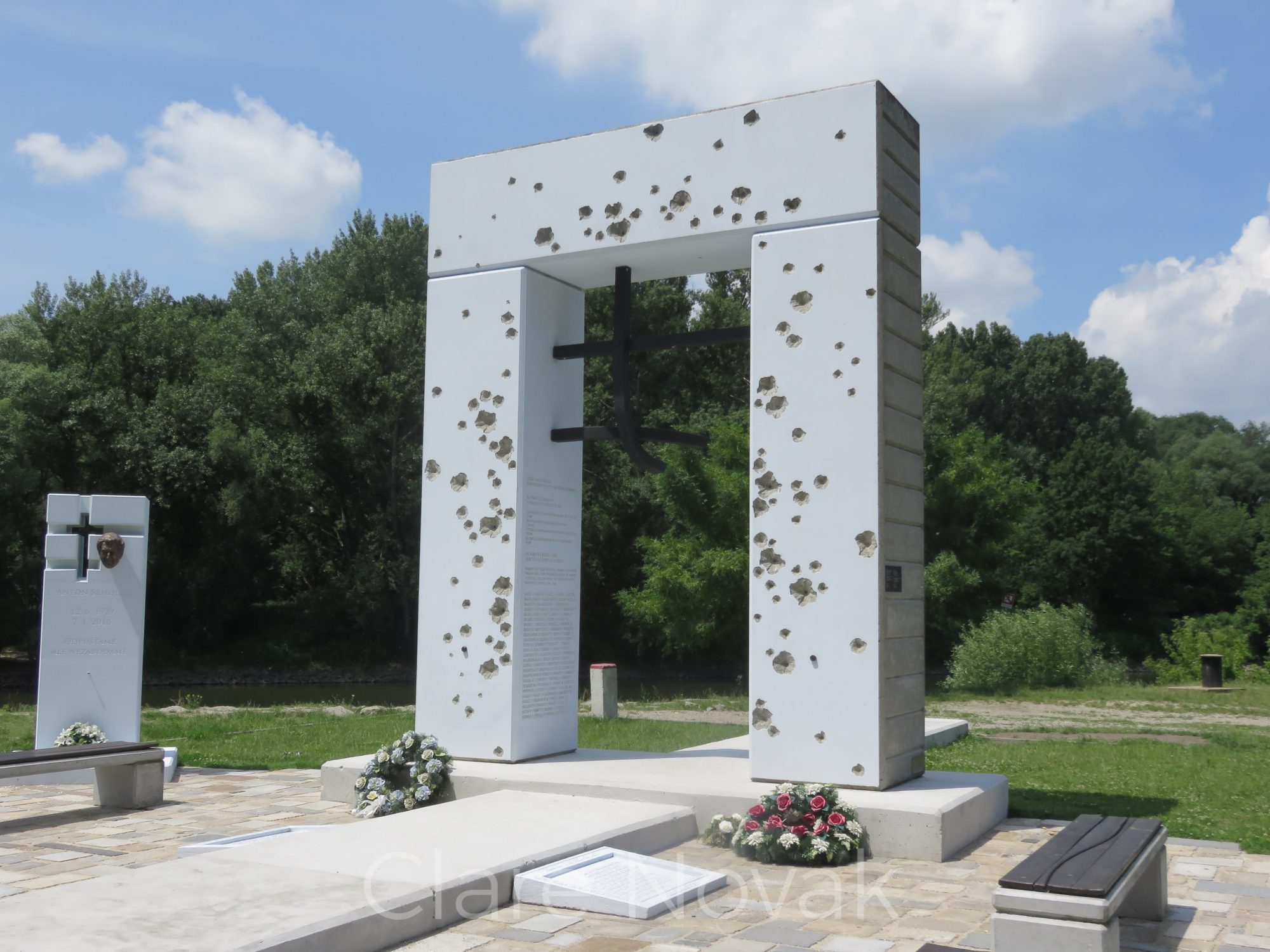 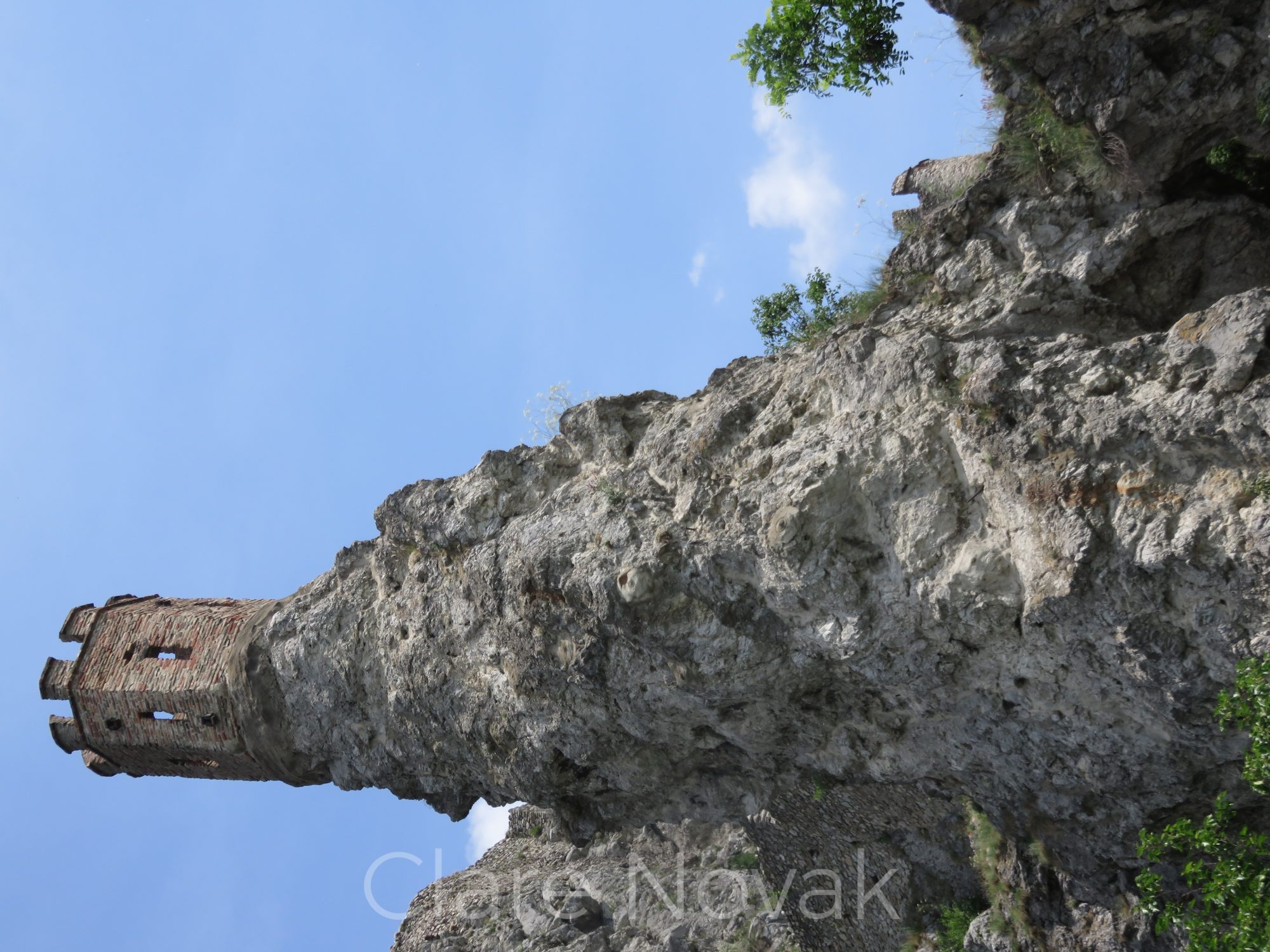 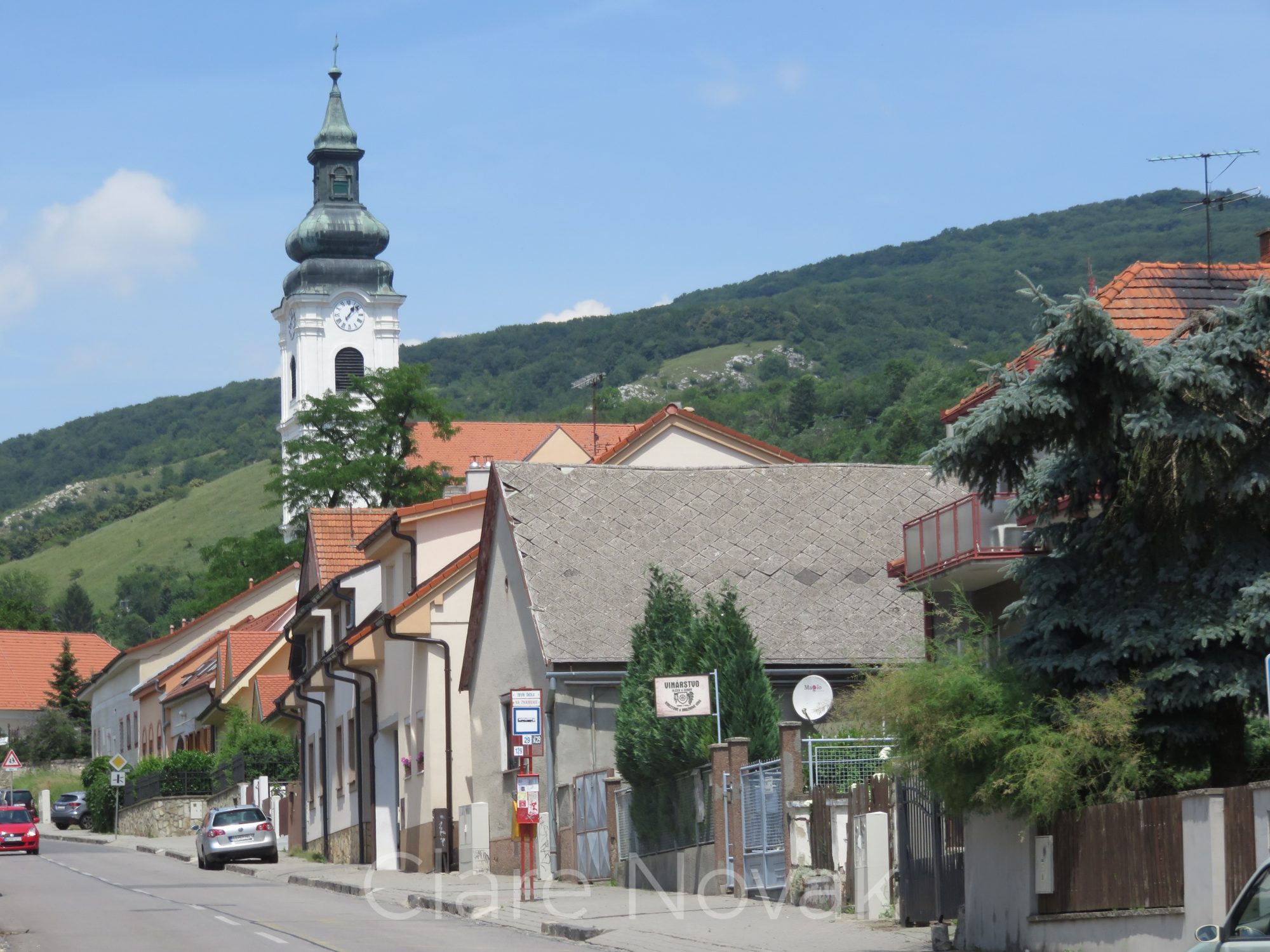 Monday morning, I thought I’d take a boat up to Devin Castle but they don’t run local boats on Mondays. Proudly, I figured out which bus, how to buy a ticket and where to board. Best two-buck bus trip ever. Devin Castle is a beautiful structure on an equally beautiful point of land where the Danube and the Morava Rivers meet.

It was good to be free to wander off the clock and even better that the city bus’s arrival preceded the river cruise and the tour busses by nearly two hours. As I was finishing, they were arriving. I wonder how many of those on a schedule noticed the modest monument noting the place of the iron curtain. Devin was a heavily fortified place under the CCCP as Austria began in the middle of the river.

Still wandering, I passed the wetlands of the Morava and enjoyed good frog karma as several of the critters stayed long enough for a photo, as did ducks, a heron and several species of butterflies I’d never seen before. Rather that go to the original bus stop, I headed into the small town to see the monastery of Sts. Cyril and Methodious. Thought about having lunch there but the one restaurant was closed.

Hunger kept me from popping off the bus at the Communist Struggle Museum and propelled me to make a bee line for a perogy restaurant. When the waiter asked if he could take my plate, we both laughed. There was not so much as a speck of chive left.

At breakfast, tucking into a sweet roll with and inch thick dollop of poppy seed, I sat back in satisfaction for managing to avoid working for a corporation with random drug testing for my entire career. With all the poppy seed in Bratislava, I would most surely fail. Fortunately, I don’t have to care about that.

It’s after 11 and I’m in Warsaw now. So, to put it simply, after perogies, I visited yet another castle and its formal gardens. In the morning, before heading out, I crossed the Danube and walked along the park. I saw but was not able to photograph a Woodpecker but did manage two more butterflies. I will have to look them up, but not now.

Blessed solitude on Sunday morning, I moved on my own time to the Executive Lounge for coffee and a light…

It’s a sign when one of the first things you hear about a city is, “When you come back you… 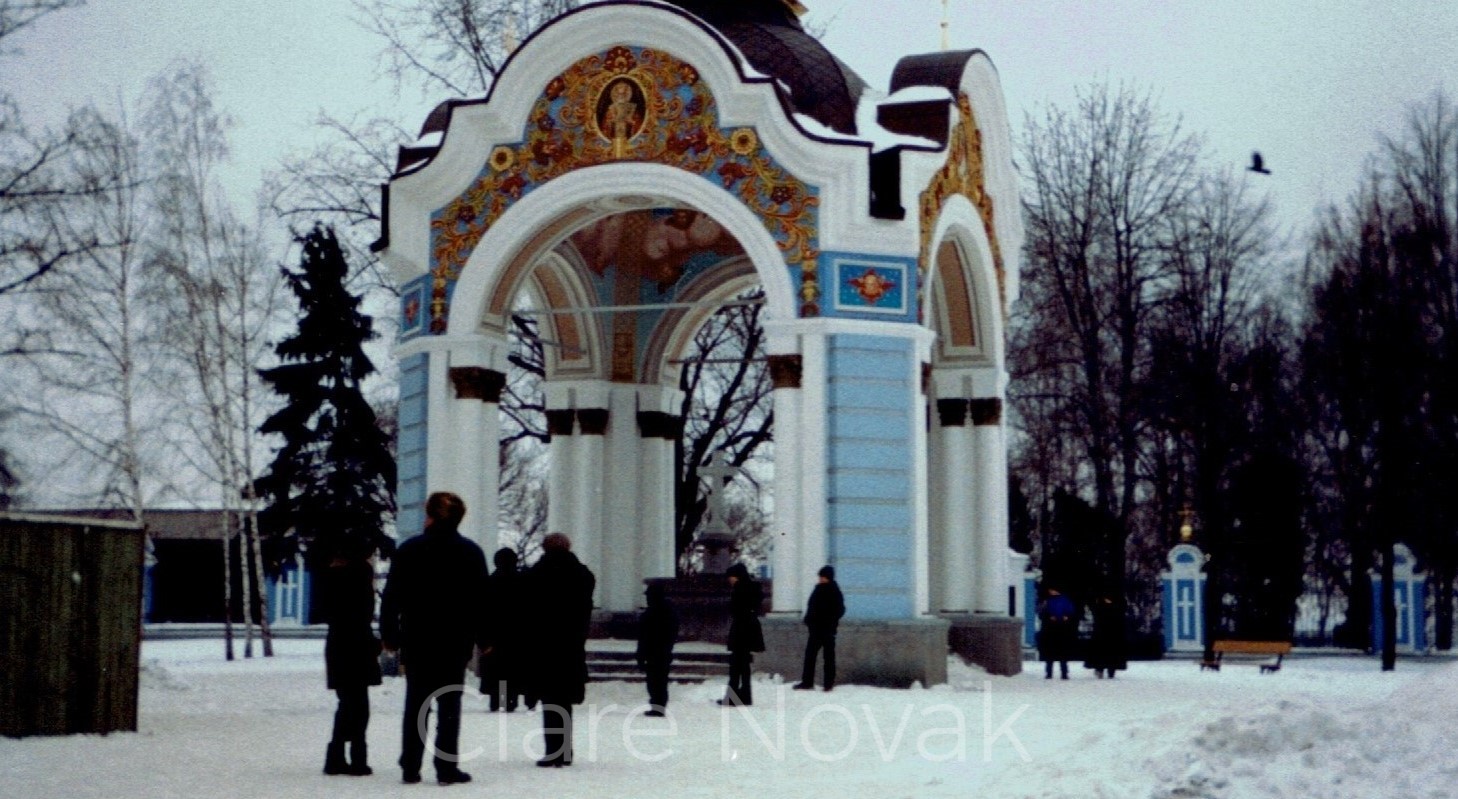 I’ve ordered a lot of strange foods in exotic locations, but I draw the line at ordering jellied cock in…