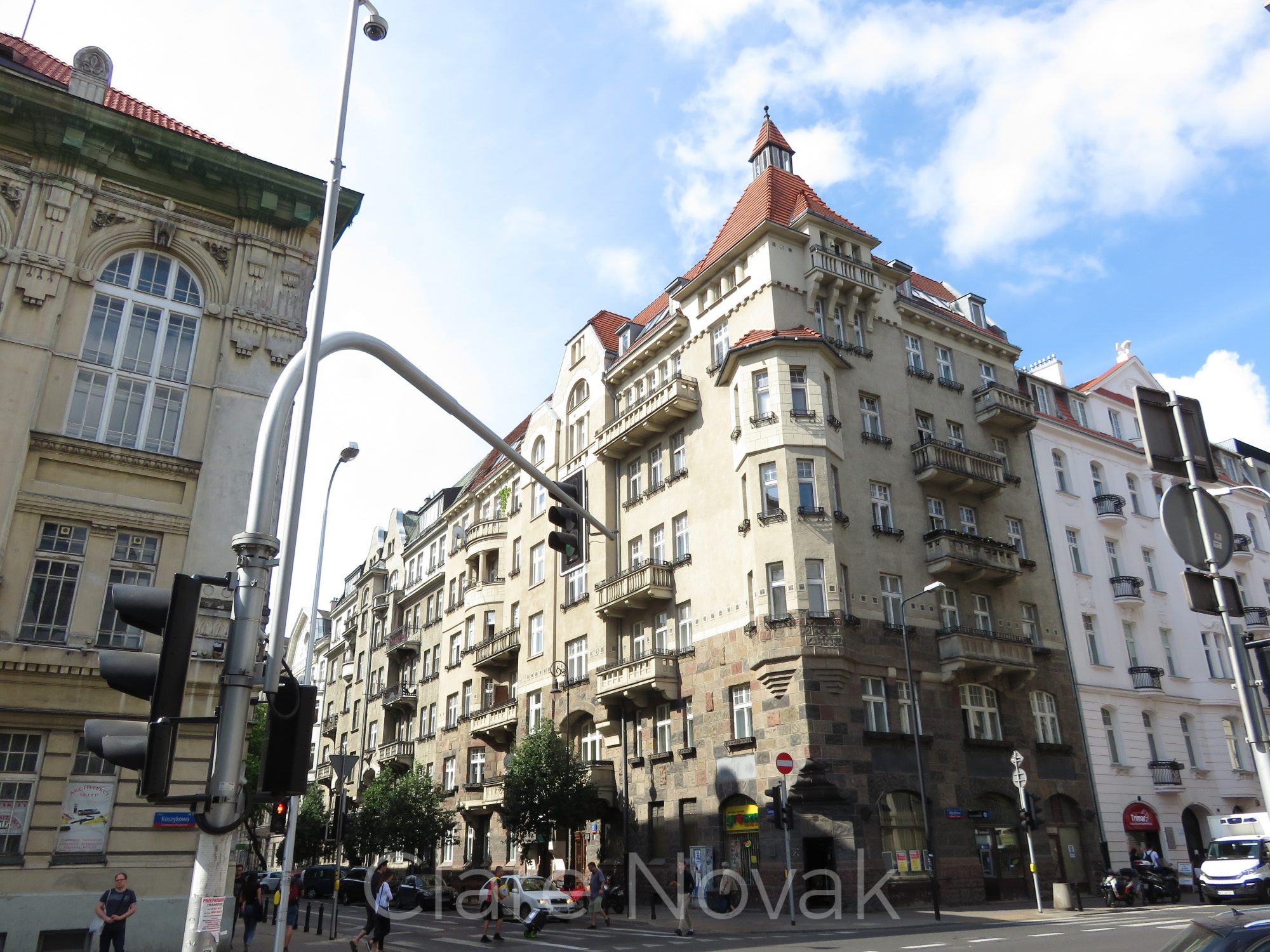 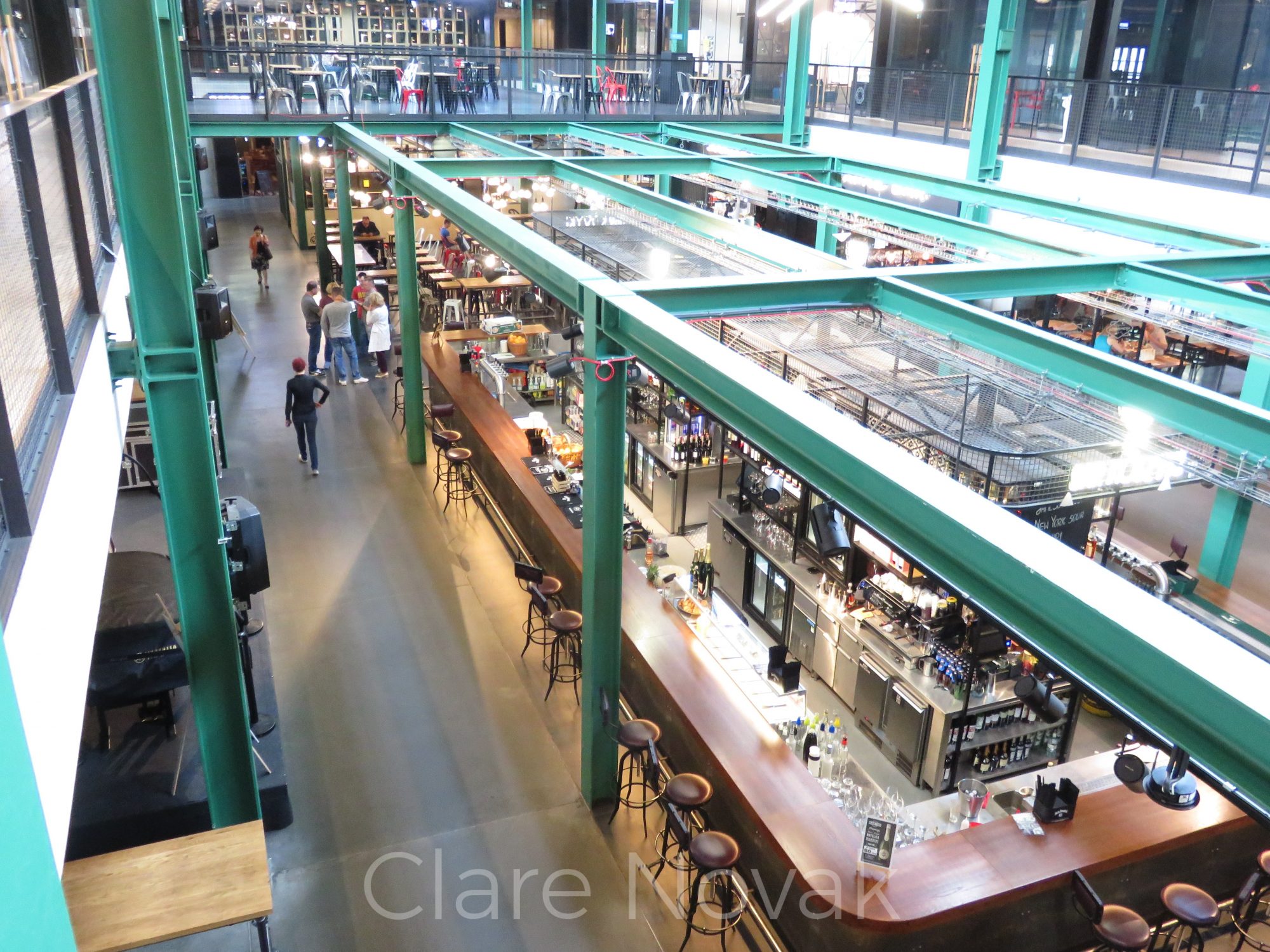 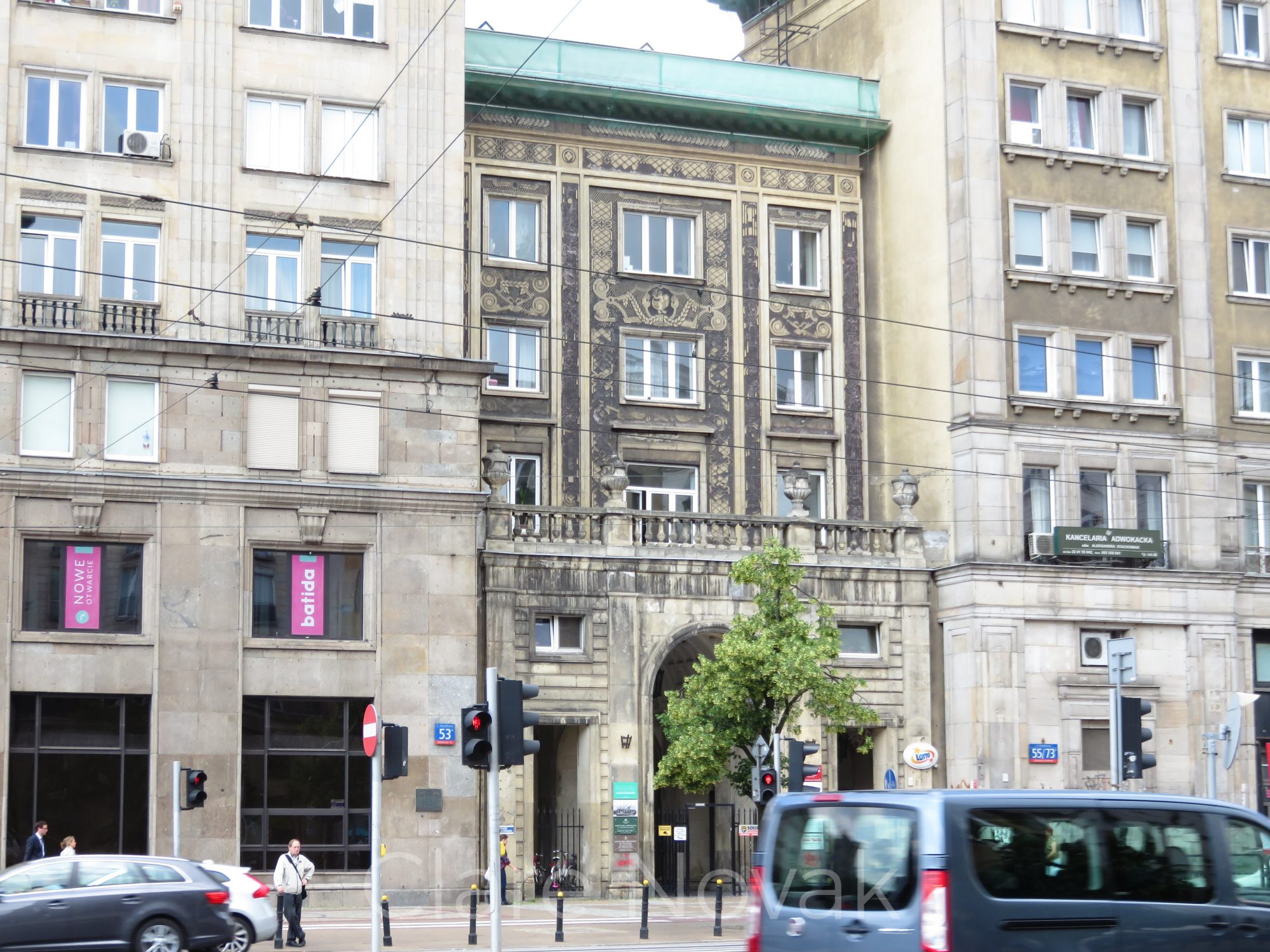 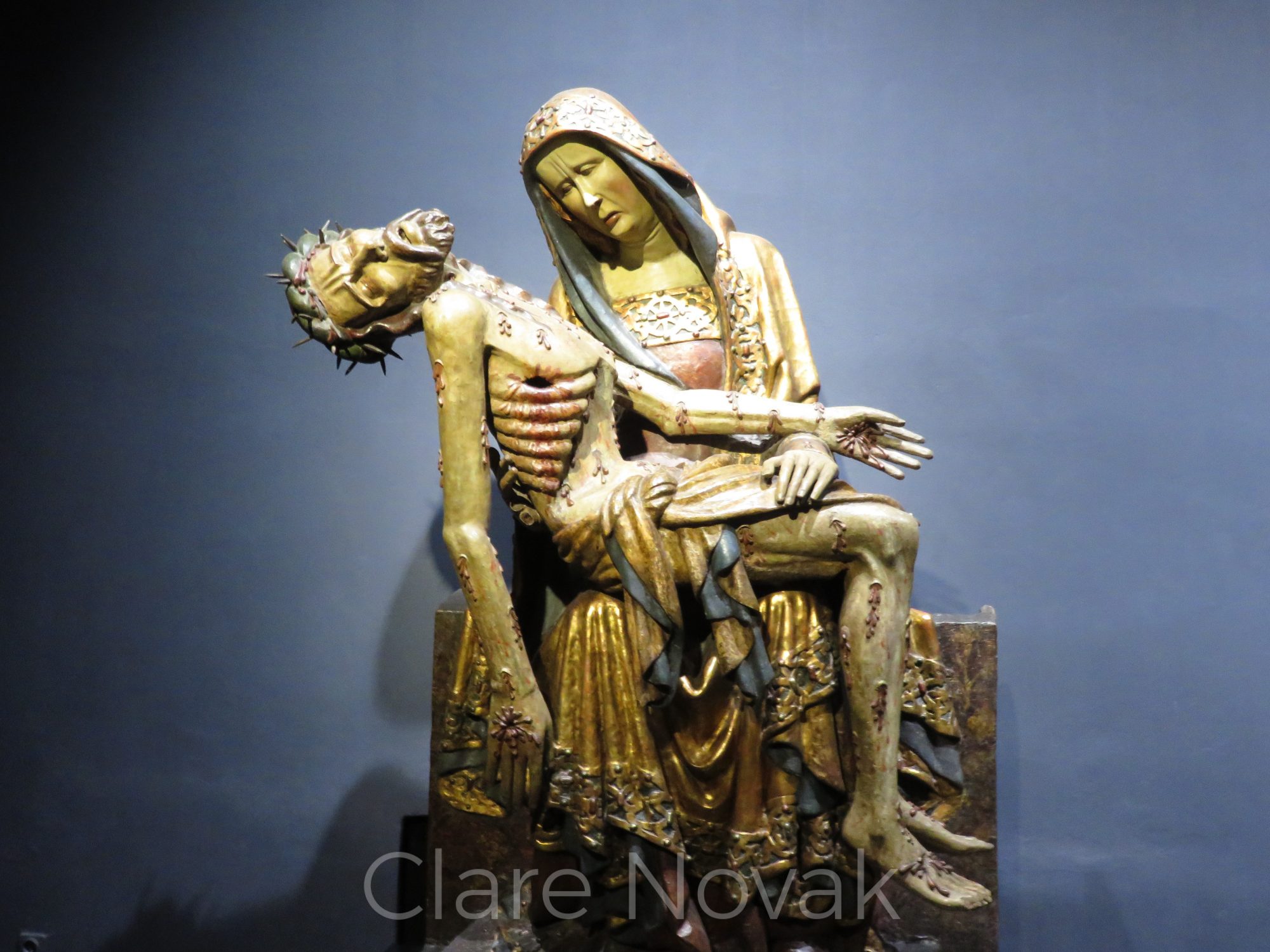 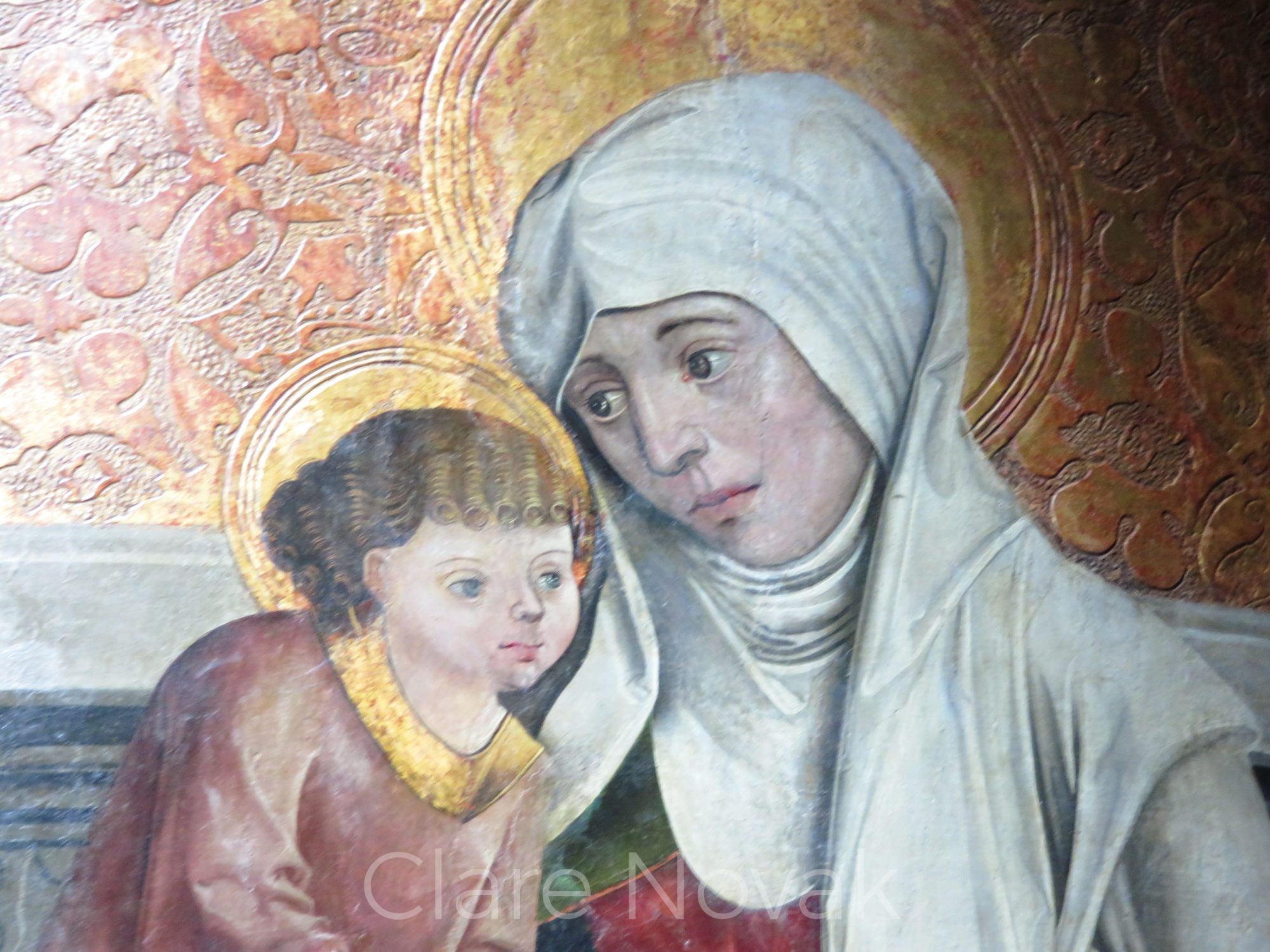 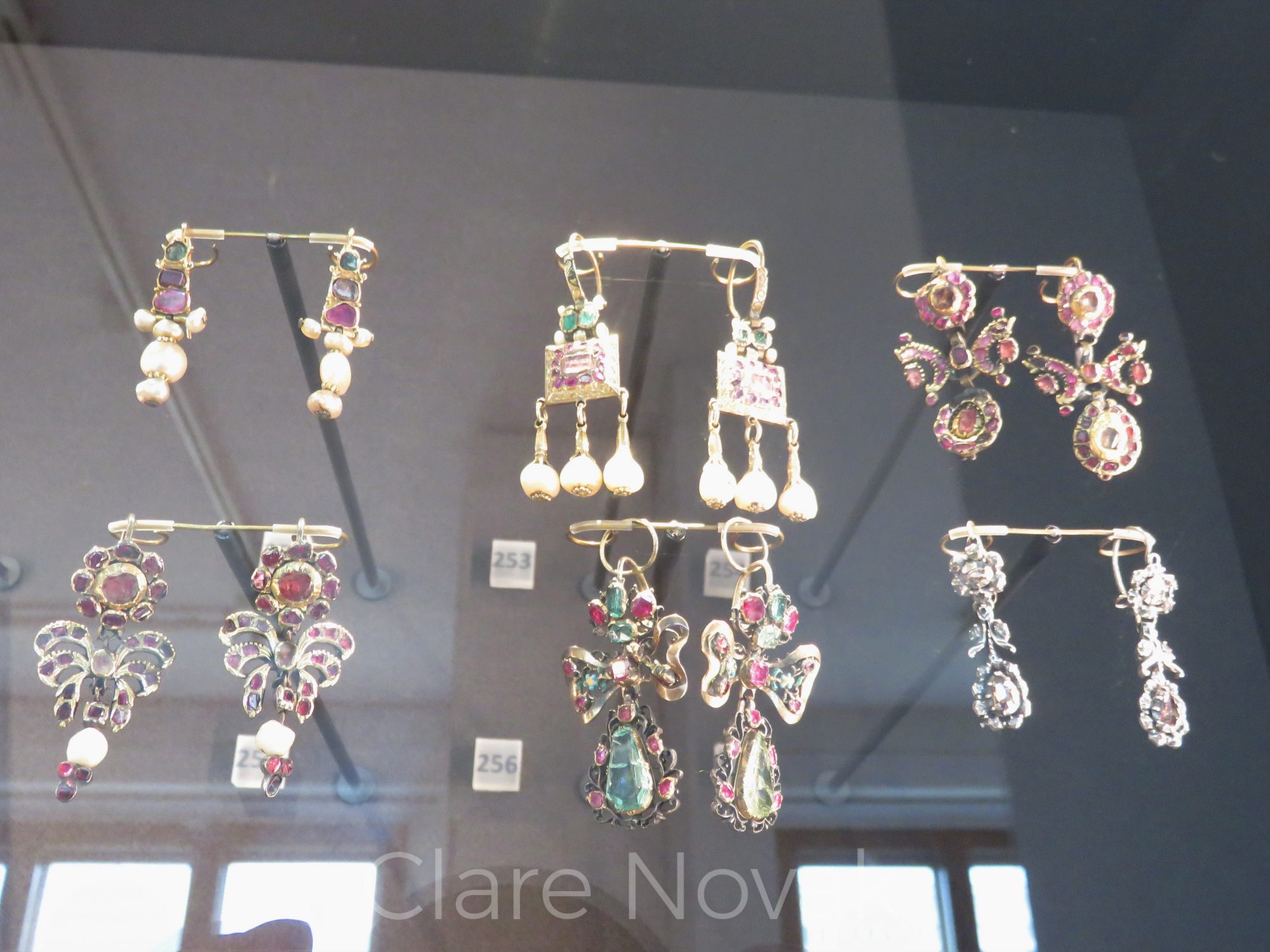 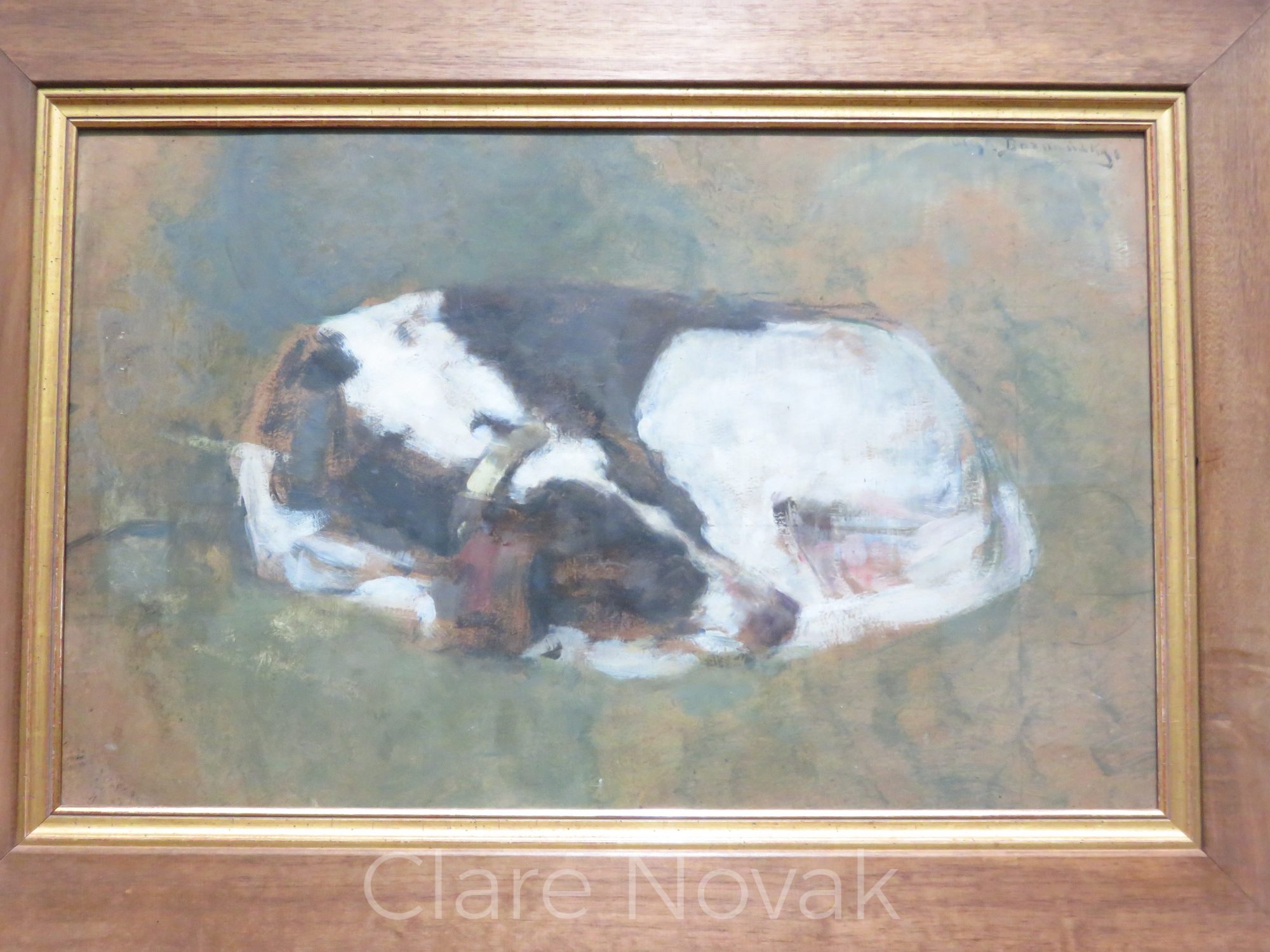 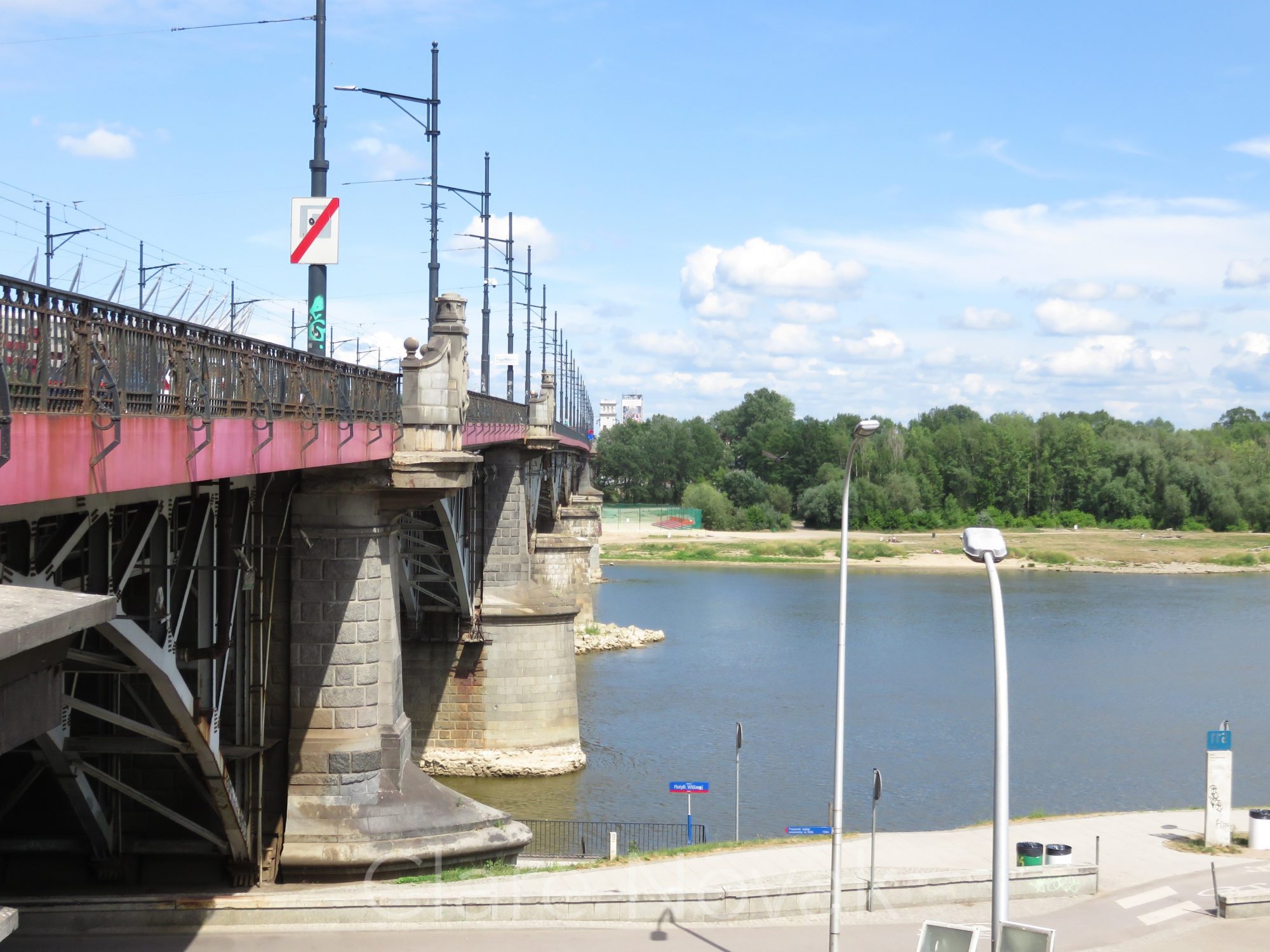 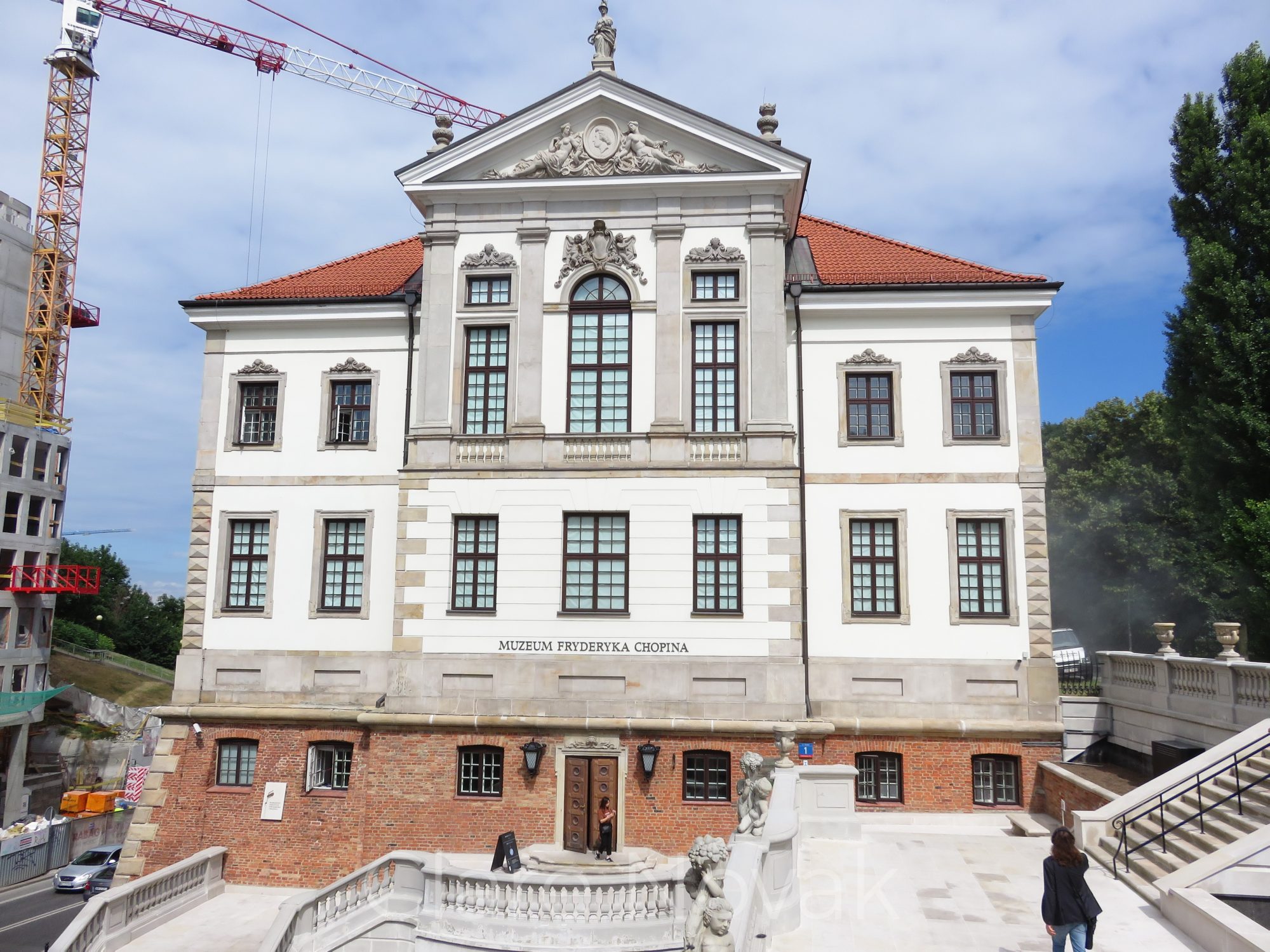 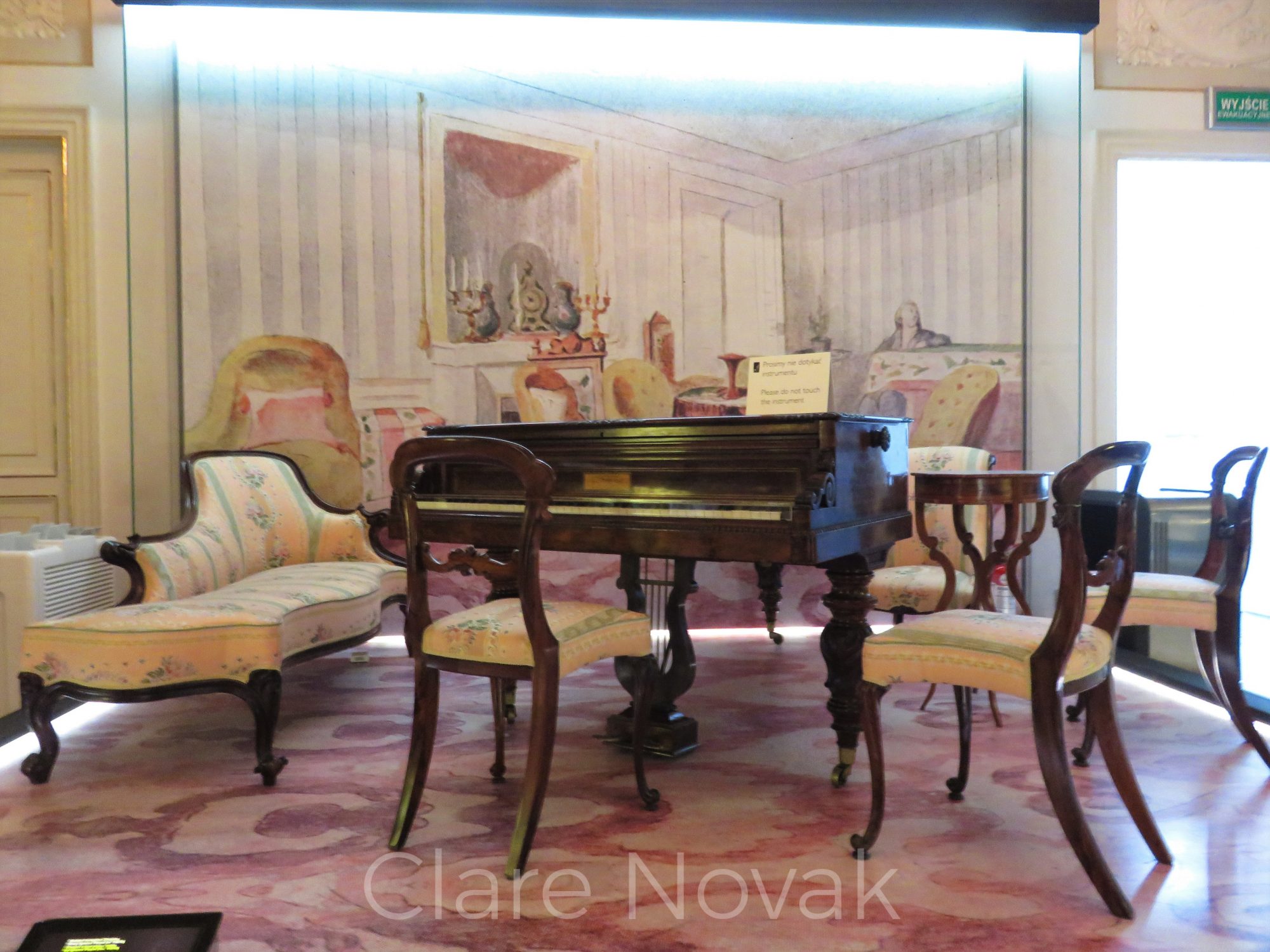 The apartment concierge recommended visiting Hala Koszyki as it is one of the few remaining old markets. Given that endorsement and the fun markets in Germany and Hungary, I made it my first stop. With hours of 8-1, I expected a bustling farm market with vendors and crafts. Unfortunately, upon arrival it was devoid of almost everything. While the building itself is interesting, even the restaurants that were open appeared to be setting up for lunch more than serving breakfast. Since I hadn’t eaten, I wandered until I found a Creperie and saved the morning by ordering the Belgian dark chocolate and tart cherry crepe and a large coffee. Happiness.

Fueled by caffeine, chocolate and sugar, I walked to the National Museum and found the reverse experience, getting much more than I expected. On the ground floor, humbly marked, was an exhibit of Coptic wall friezes that had been rescued before the creation of the Aswan Dam. As the limited English explained, “Warsaw and Sudan are the only two places in the world these are on exhibit.” For most of the world, that means Warsaw. For me, who knows, I could end up in Sudan. No immediate plans, but my life goes odd places.

The art itself was touching and rare for being one of the very few works that depicted African Christians, clerics and saints. The history of the continuously rebuilt church and its deconstruction led back in time to these very early works.

Another surprise was the regional church art. While I’ve developed a distinct aversion to “chubby cherub art” and was tempted to breeze through quickly, based on that expectation, the very first work slowed me down. The words of childhood, “Christ suffered and died for our sins” became meaningful. In these crucifixions and pietas, Christ suffered and Mary grieved. Suffering was in the face and body rather than the transcendence and comfort Michelangelo’s pieta. These were real and uncomfortable, a feeling perhaps religions should reintroduce.

There were other wonderful pieces throughout the collection. Several portraits and sticking with a theme from the Stadel Museum, a dog sleeping but this time not in the snow. The several hours were well spent. Although foot weary, I decided to walk from the museum to the river simply because I’d not yet seen it. Rivers are crucial to the formation of cities and so I had to see it.

Nearby my wanderings was the Chopin Museum and that became the next stop. It was interesting and high tech. The entry card activated displays and samples of his music at various points. On a whole it was a bit reading heavy. That was offset by my arriving in the archives during a live recital. Although the doors were closed, the sound was excellent and the glass wall let me watch the pianist as well. Ah, live music.

It was late afternoon and meandering in the direction of my apartment, I noticed a sign that said something to the order of “A Garden Dedicated to Marie Curie,” my Polish is non-existent but that was not hard to figure out. On the other hand, I thought, “Chopin gets a museum and Marie Curie gets a rectangle of grass!” Pondering that thought along with, “That crepe was a long time ago” I randomly picked a restaurant that was full of people speaking Polish. Always a strategy for good food, pick where the locals are. I was not disappointed. Had an amazing dark beer and pork knuckle with a Bison Grass vodka chaser.

Having sufficiently tired myself with two days of walking, I went back to the apartment and planned out how to get to Wilanow Castle and also searched for a Mme. Curie Museum. Eureka! She doesn’t get the press Chopin does but her childhood home is a museum. Now with a plan for the day, Wilanow by morning and Mme. Curie by afternoon, I used the route planner app for the Metro and bus to get to both on Friday. It was easier than the route planner app had let me to believe.

Longing for the simple life that never was and hoping for a future life of visits here without the boss.…

The sign at the airport lets you know where you stand in Hungary. “Assengers will sit here and wait for…