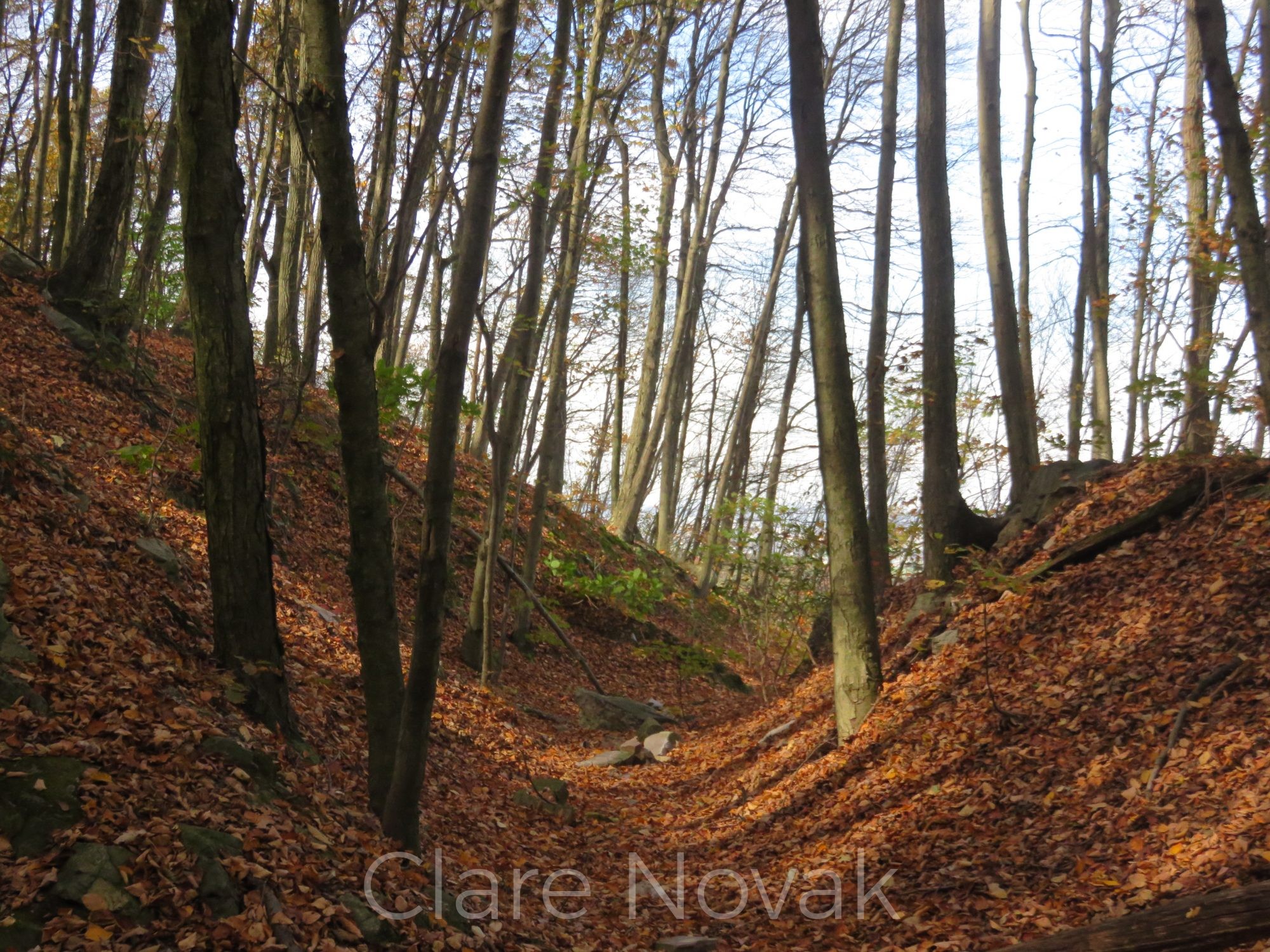 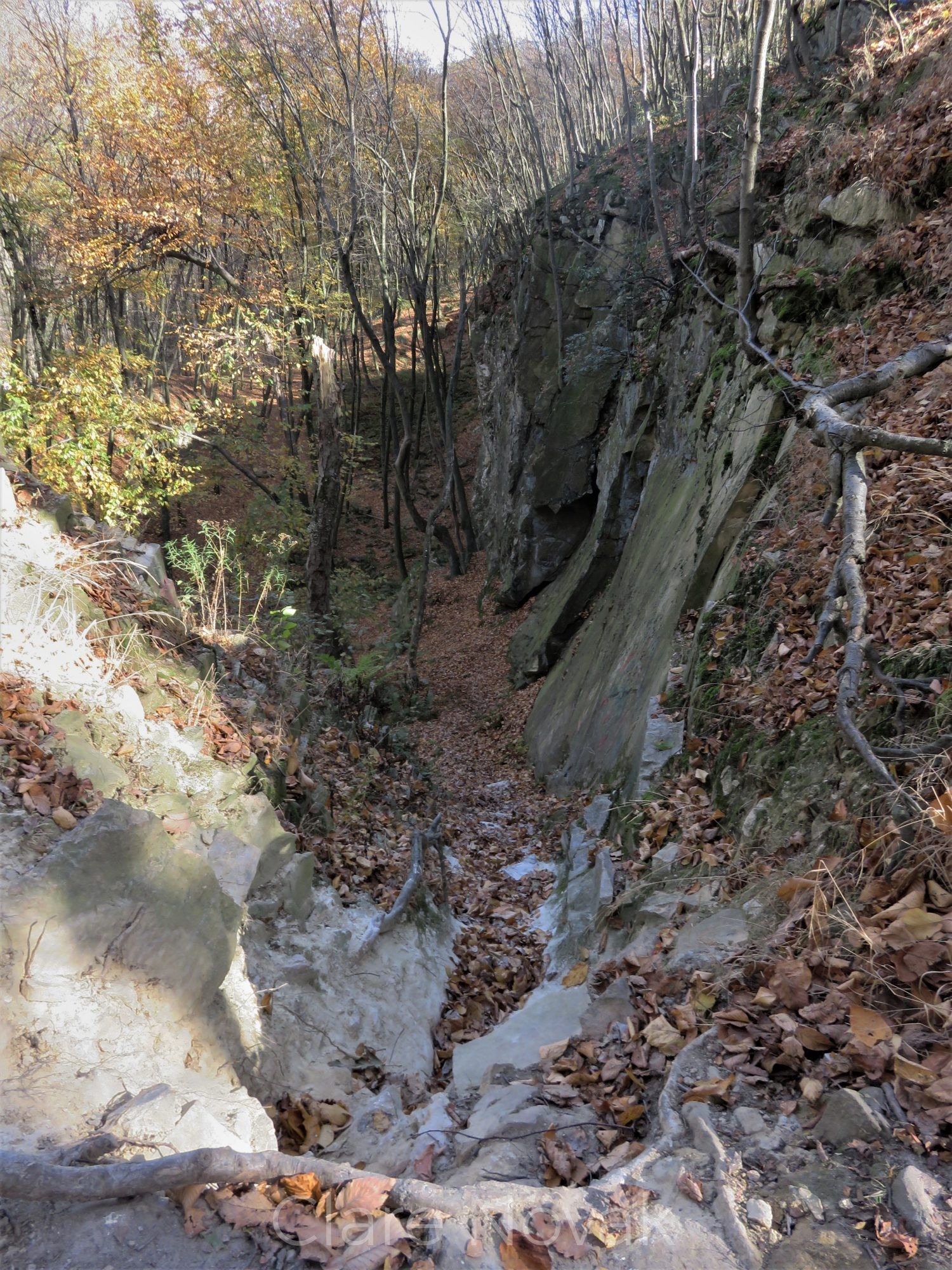 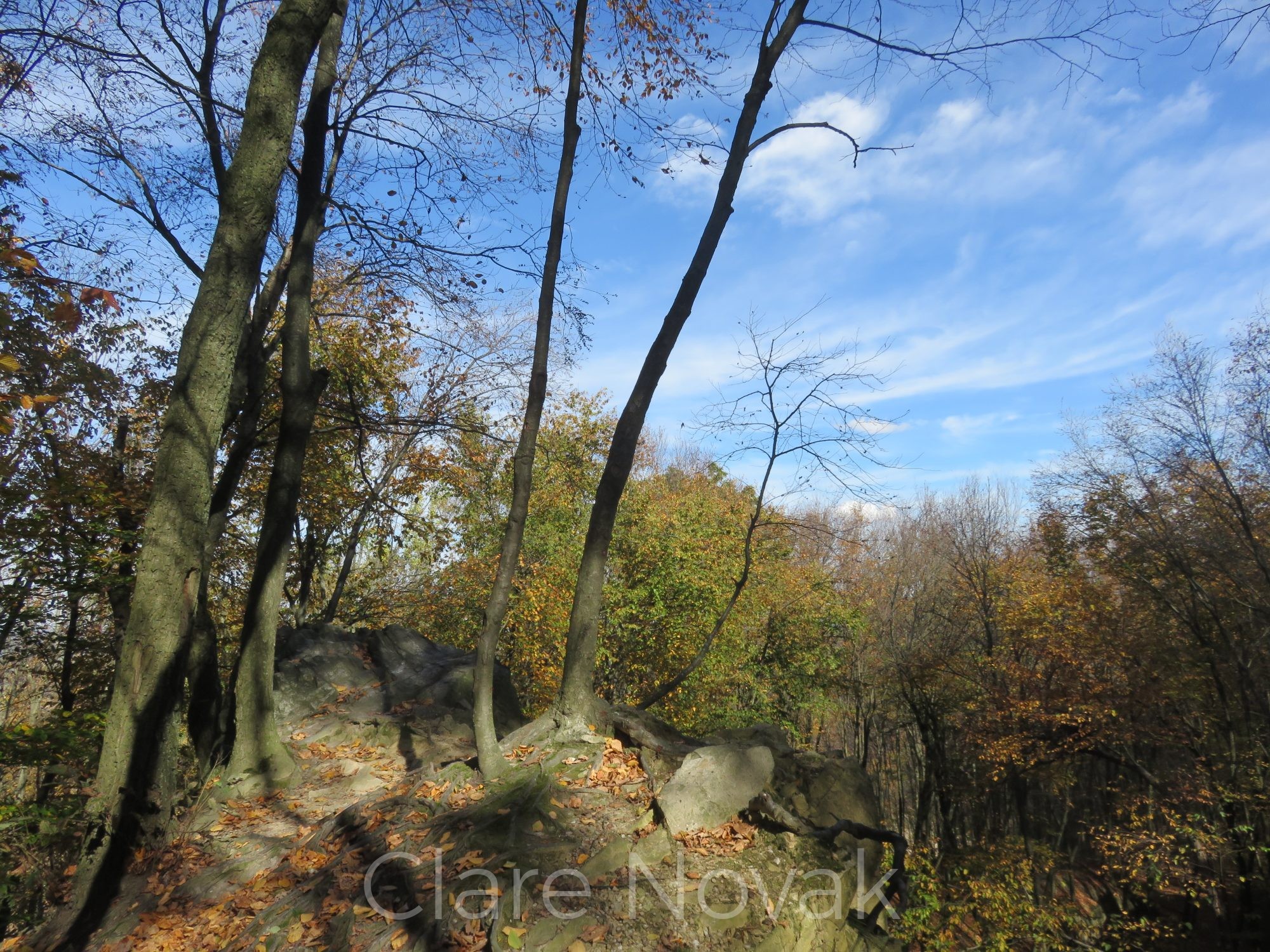 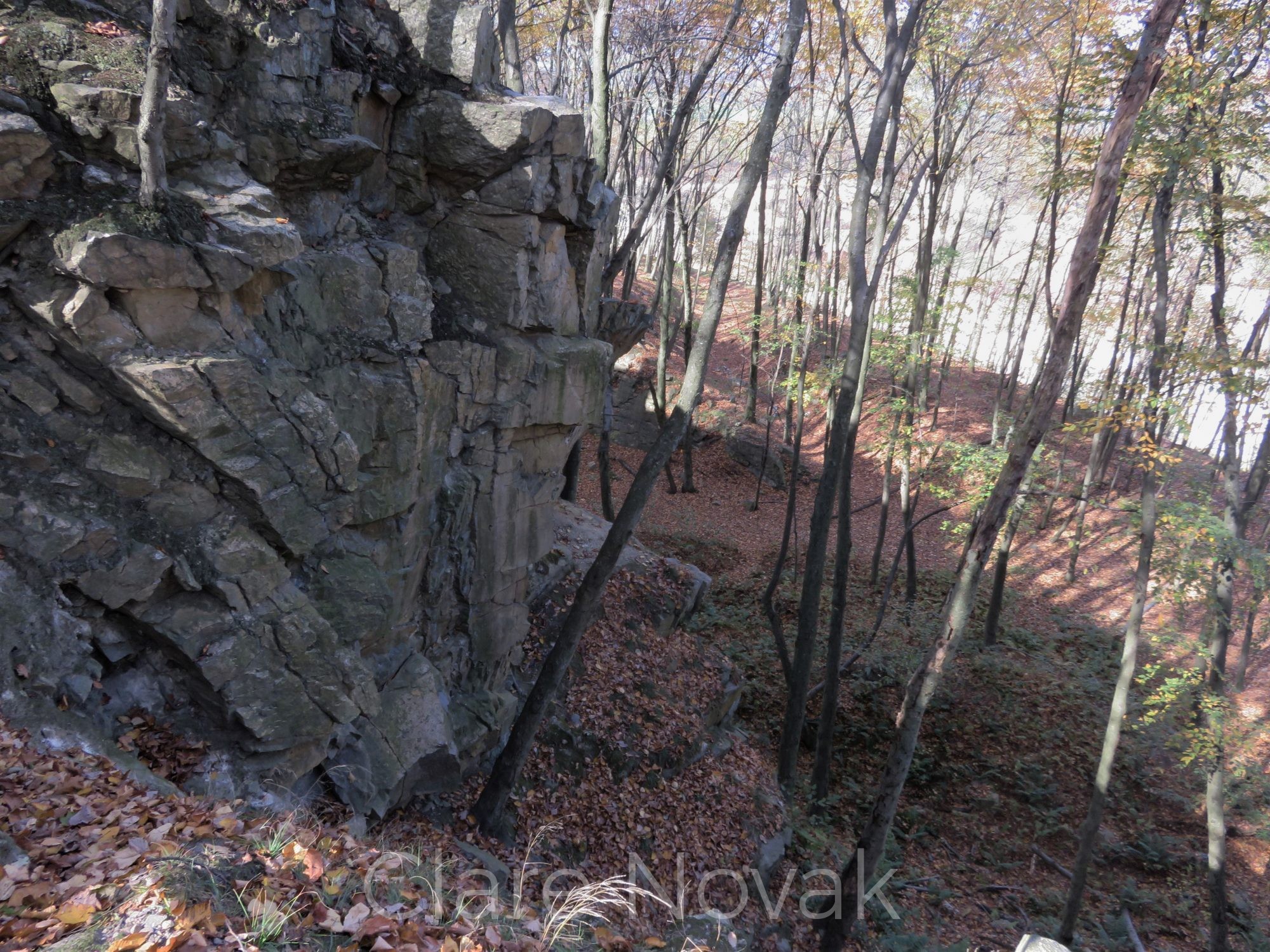 There is no finer way to spend an October afternoon than a walk in the woods. In my search for new woods to wander, I found Money Rocks and with a name like that, you just have to check it out. So, I ventured out on 322 west past Honey Brook to that foreign land of Lancaster County. So why is it called Money Rocks? Seems in distant history, someone hid money under the rock face, which has never been found. That legend has probably fueled any number of drunk teenagers to climb all over the rock face. Heaven knows, they’ve managed to graffiti plenty of it.

The park didn’t look like much on the park map but nothing ventured nothing gained. Turned out Money Rocks does. You can see from the photos how amazing the view is. What you have is the view on the trail and then the view down on the trail from the rocks above. In all I had a lovely couple of hours with the trail all to myself. While the parking lot was full, no one, other than yours truly, ventured beyond the rocks. Their loss, my bliss. Next time I go, I’ll wander the blue trail as I had time only for the red trail today.

On the drive home I stopped at September Farm, which could have been more bliss than my calorie count could stand. There were local cheeses, Amish baked goods, including mini pumpkin whoopee pies, hot mulled cider and, and, and I settled for a small cup of Peanut Butter Overload ice cream, sigh, yum….

Park 11 Death Valley, the drama is in the name. Death Valley warns you of the consequences of unpreparedness, of…

Having read The Good Earth in grade school, Pearl S. Buck’s description of China fascinated me. Hers was perhaps the…