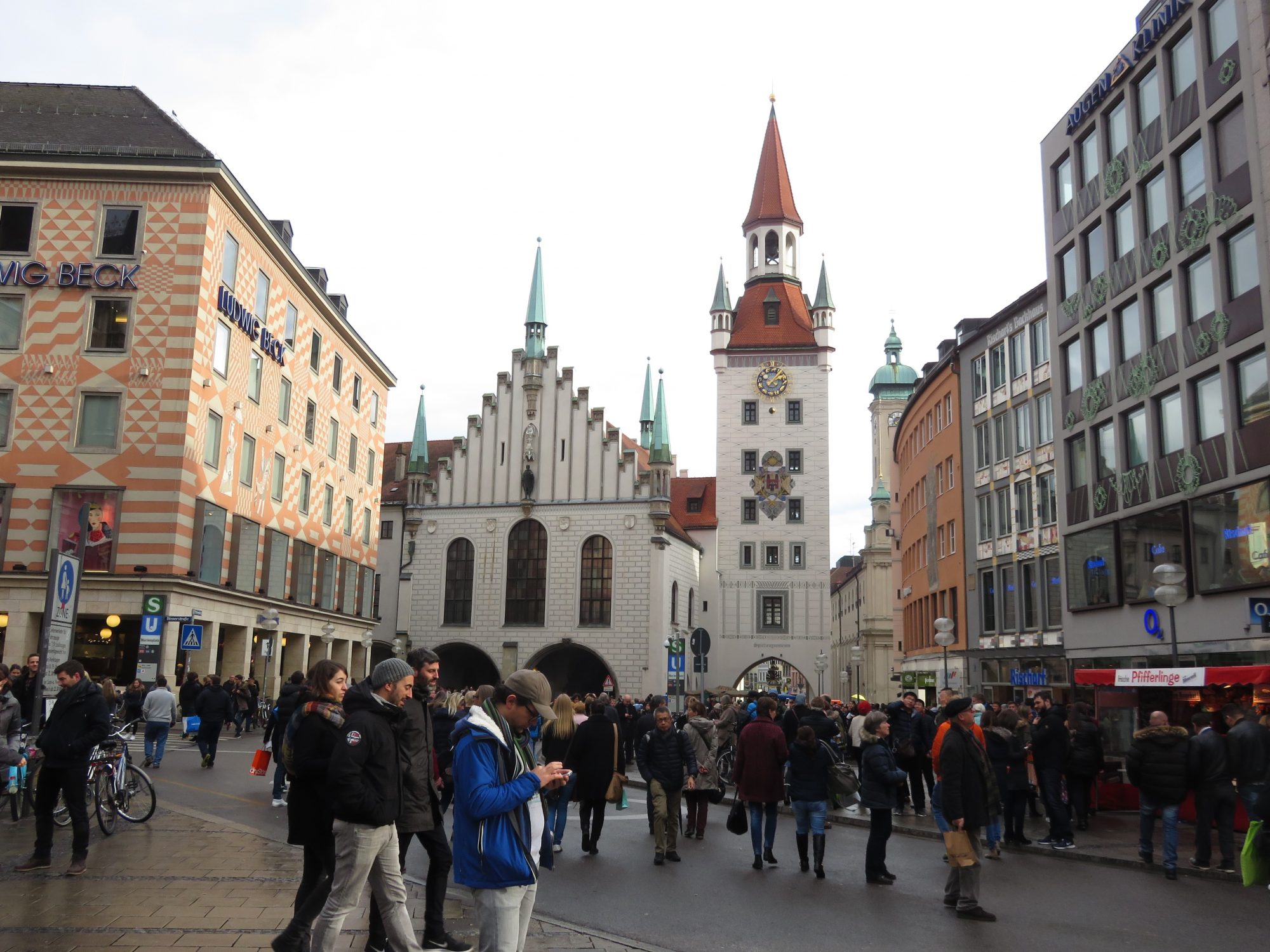 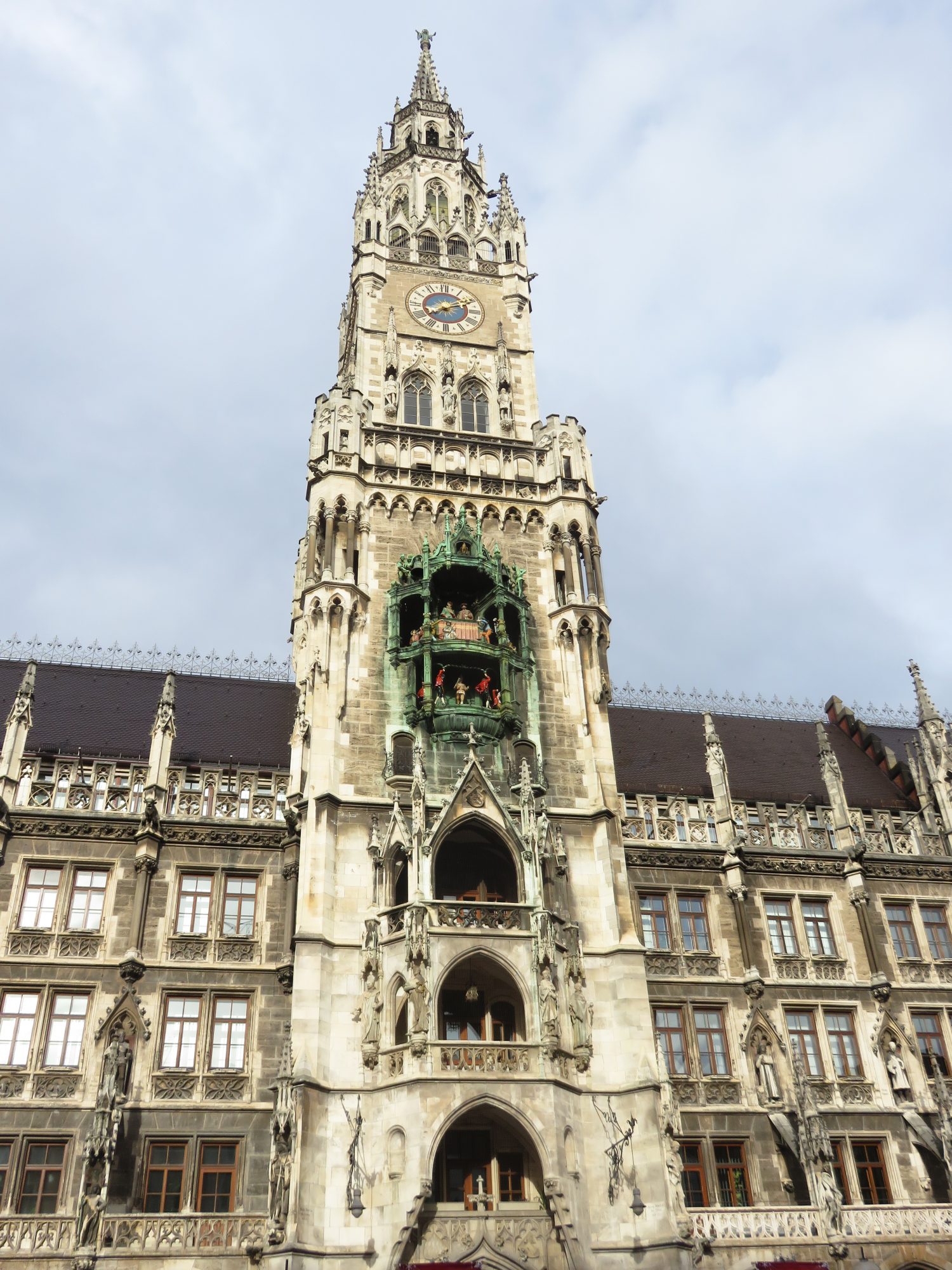 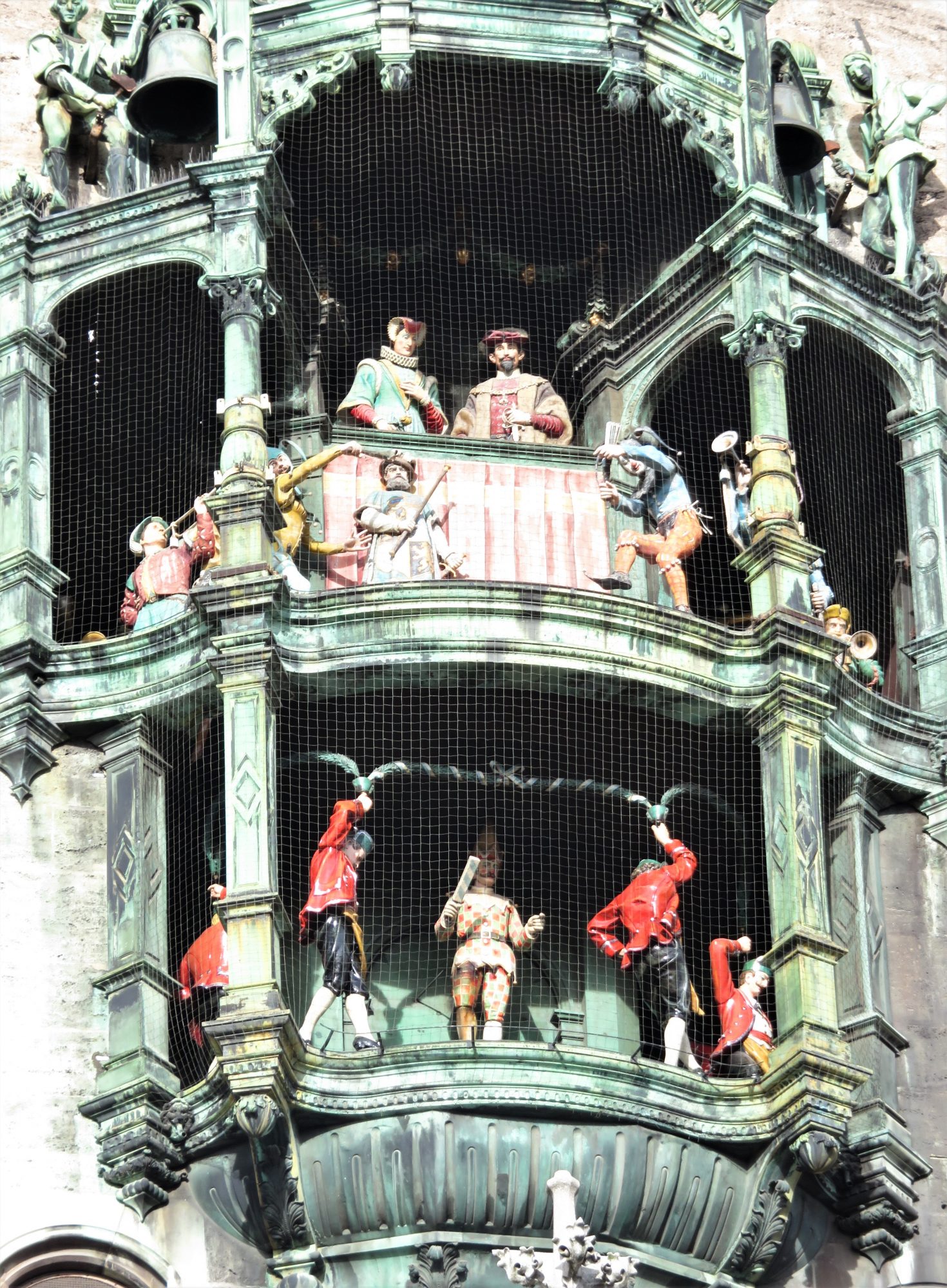 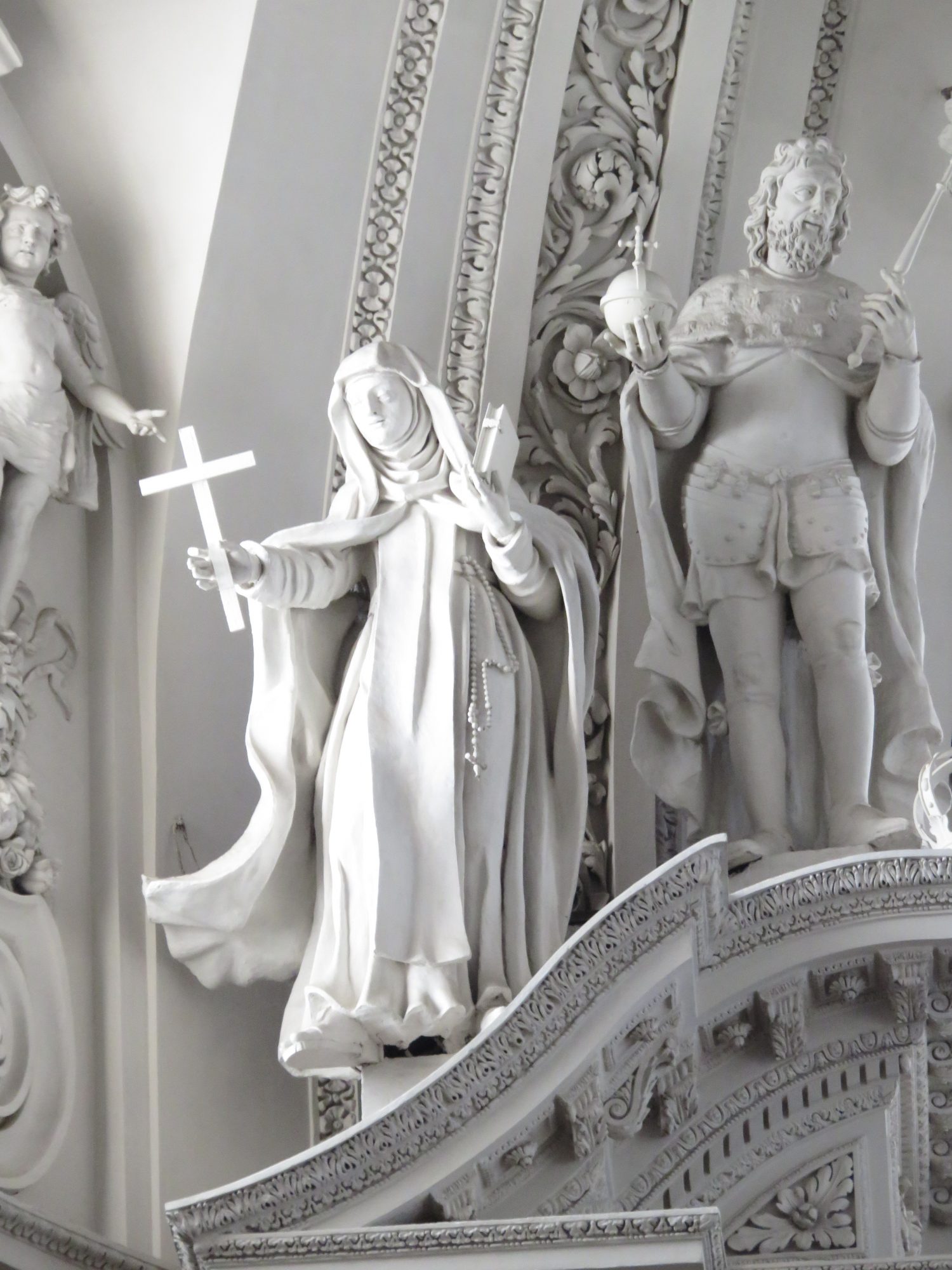 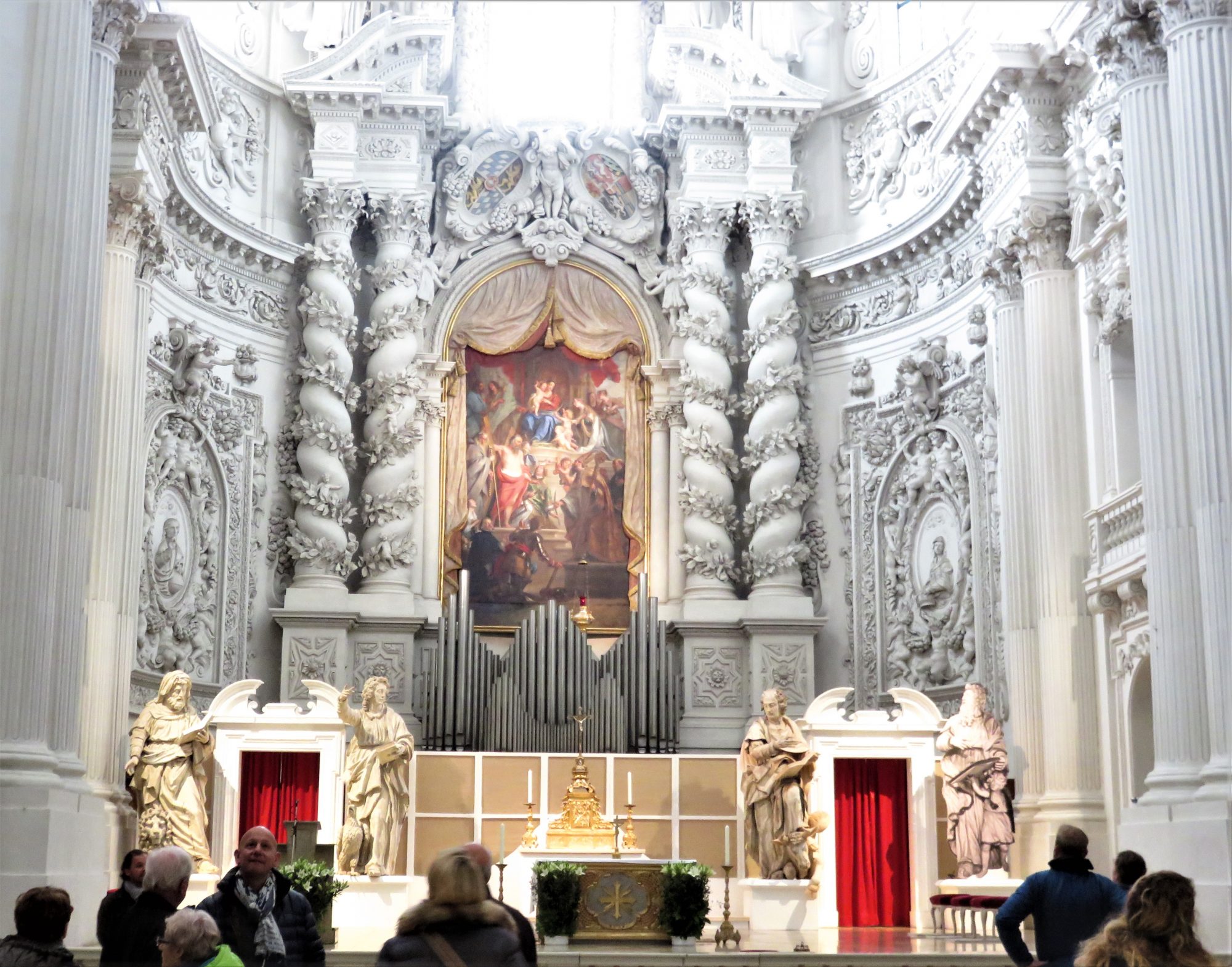 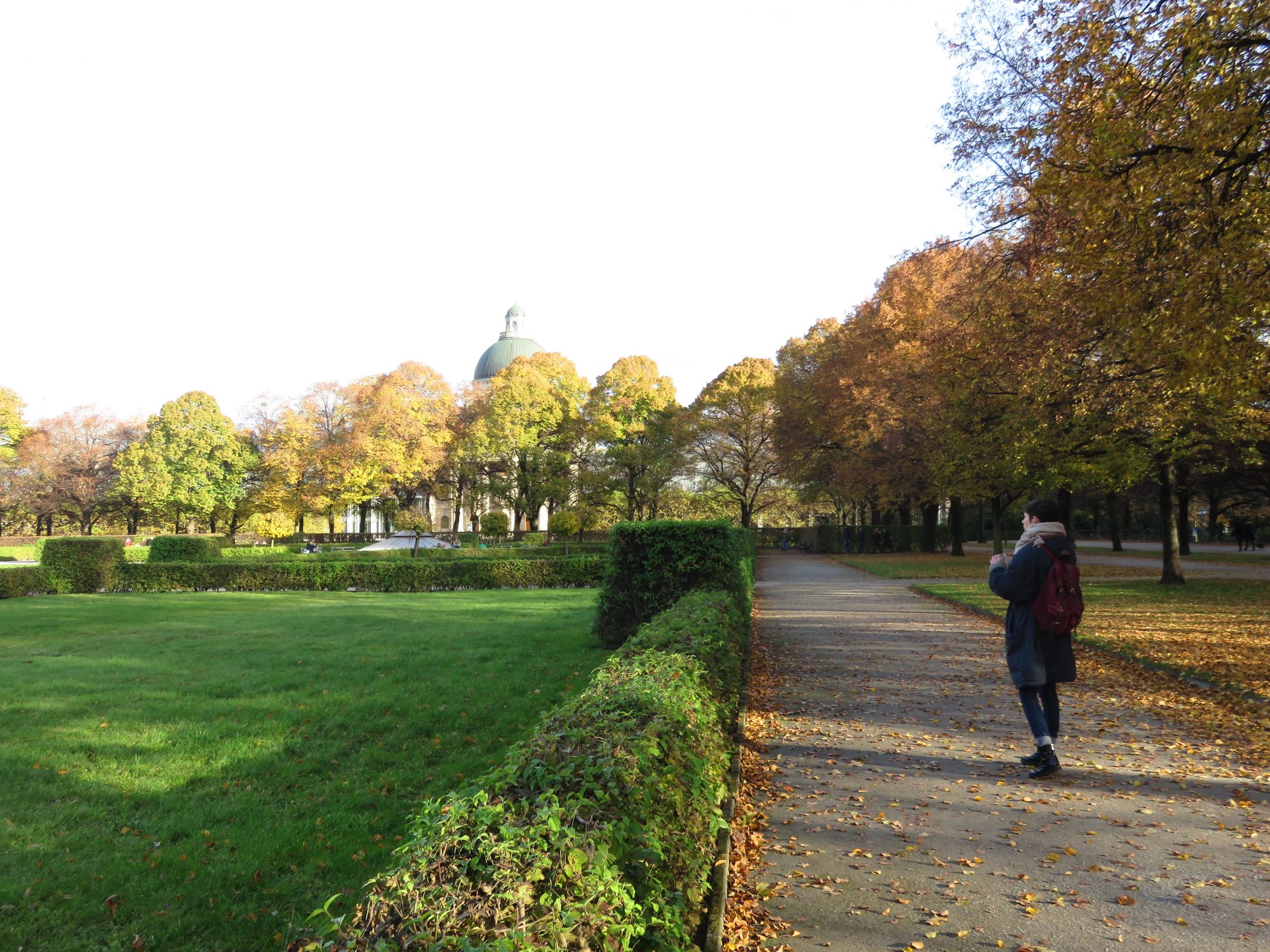 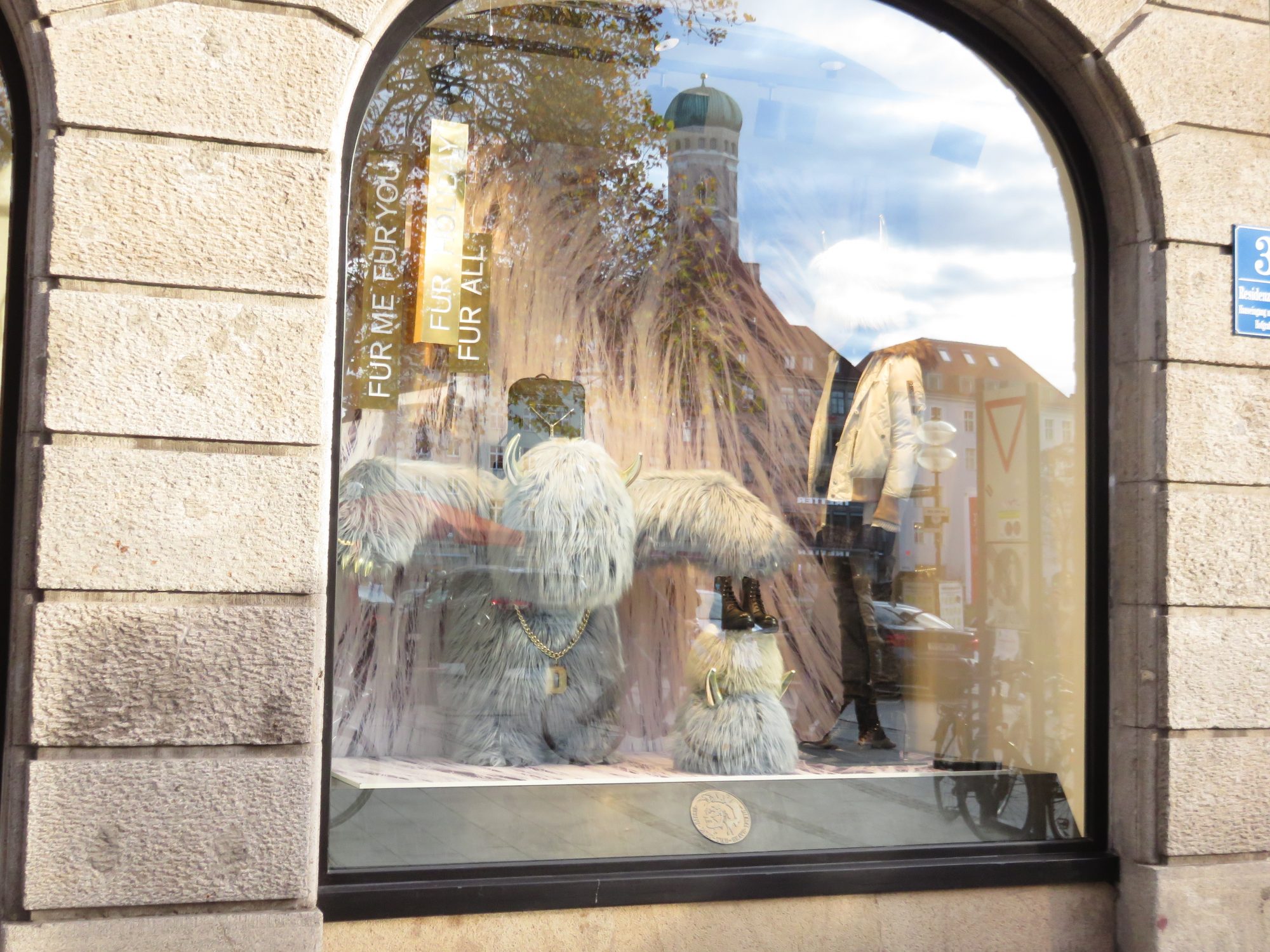 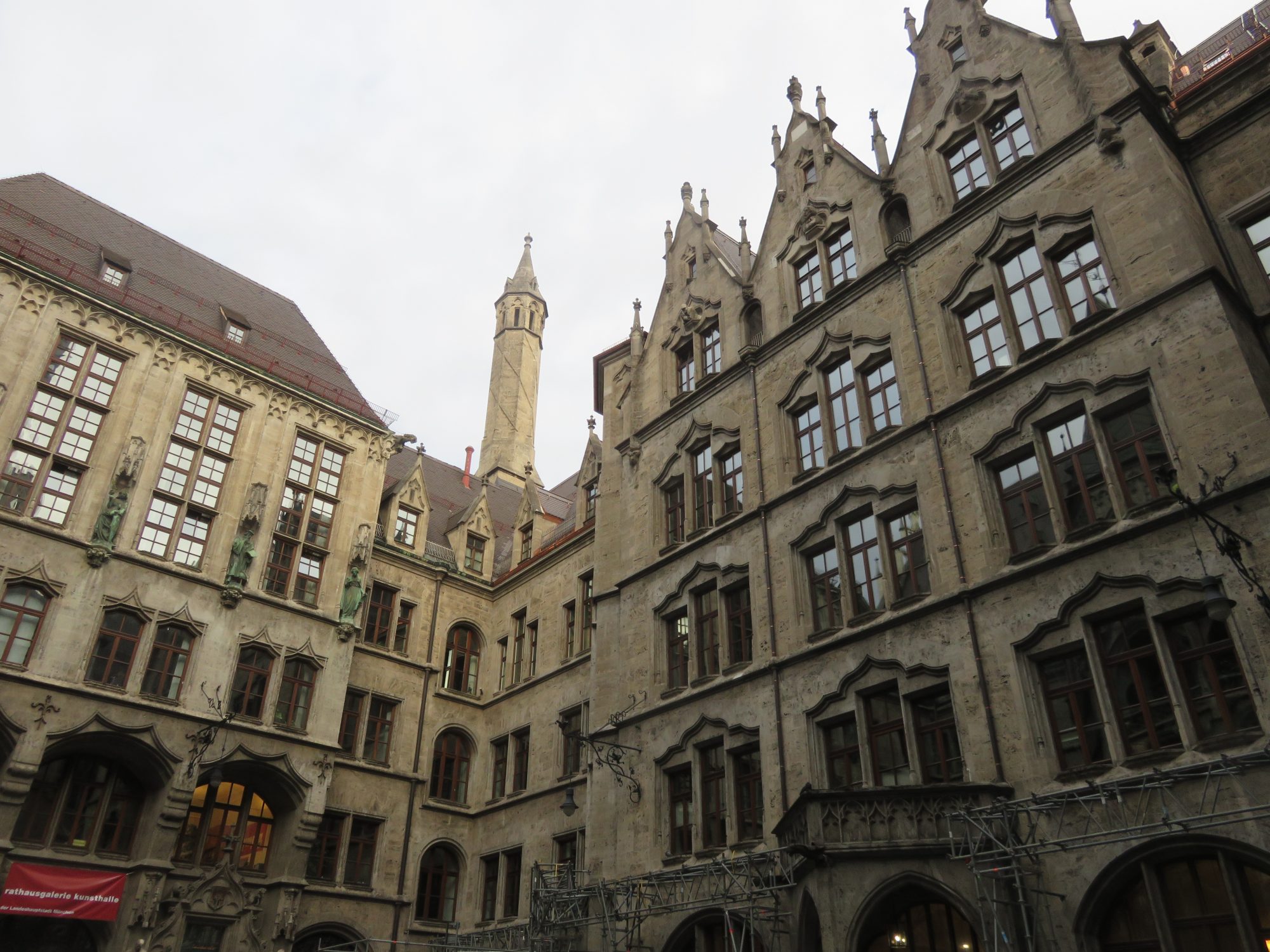 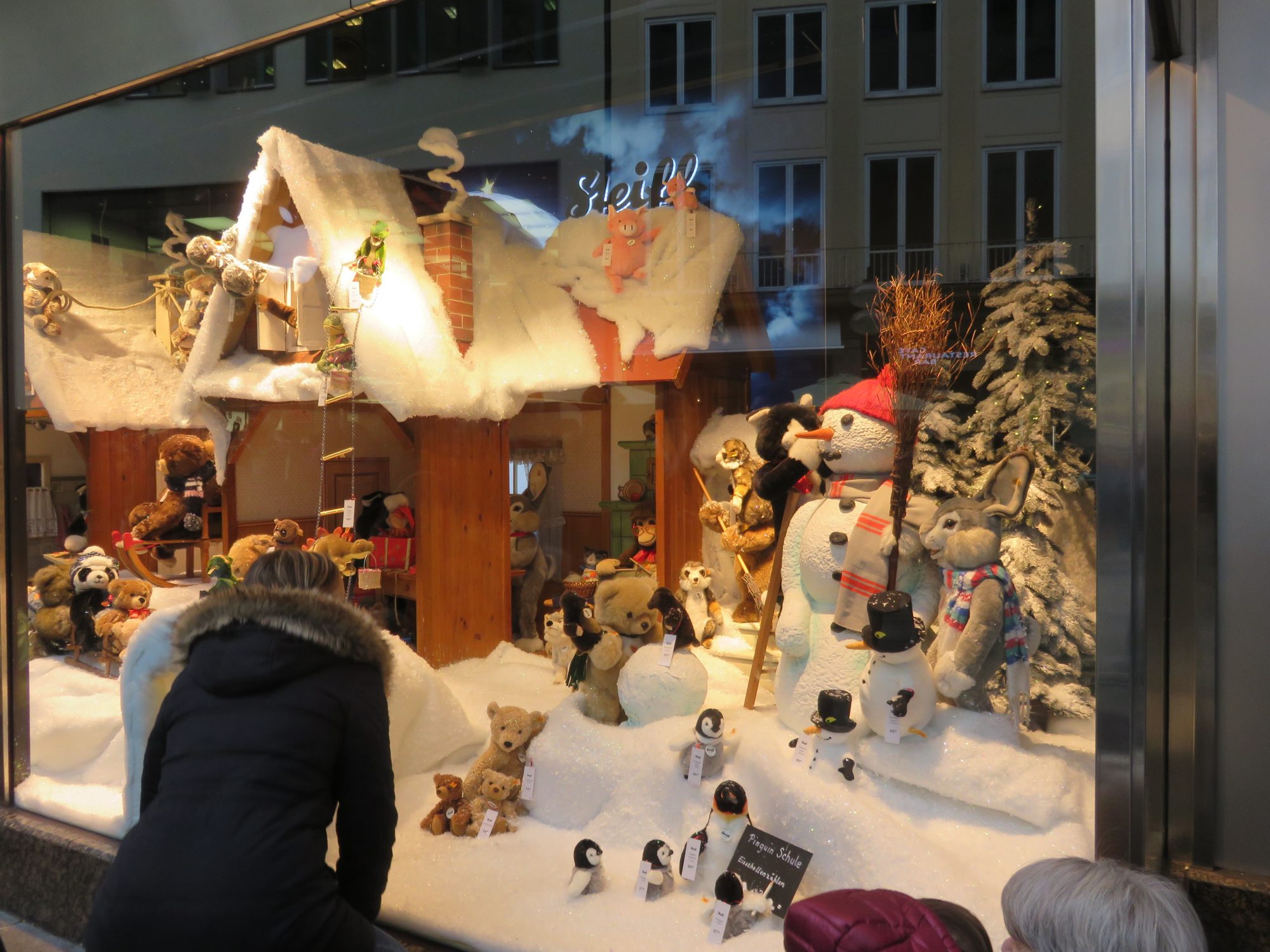 I was proud of myself for committing to leaving the Munich airport. The ennui monster lost when a friendly Lufthansa agent told me how easy it was to take the train into the city and that if I returned by 8 it would be plenty of time for my 9:30 flight, thus erasing my last excuse for sitting around bored for eight hours.

The train was indeed easy and deposited me at Marienplatz with no effort at all. Sunshine broke through and it became a lovely afternoon to wander about. It did seem though that every historic church picked the same time for external renovations. The tarp concession was doing a booming business hiding every photo op. The insides of the churches were astounding though and I loved the admonition to “Behave respectably in God’s house” even though most of the tourists ignored the no photos sign. A wander through the English garden and a delicious meal with beer rounded out the afternoon.

That afternoon, well spent, made the horrific flight connections bearable. Departure was from Dulles Friday at 11 pm. Arrival in Munich was 1 pm Saturday. Departure from Munich was 9:30 pm and arrival in Tbilisi at 4 am Sunday. You can get here from there but only with difficulty.

Since I had to get up at 4 am. I mostly dozed on the flight. Occasionally, I’d wake up and…

Matka, Macedonia November 2016 I'm somewhere heading somewhere else as near as I can figure. Where I am is foggy…