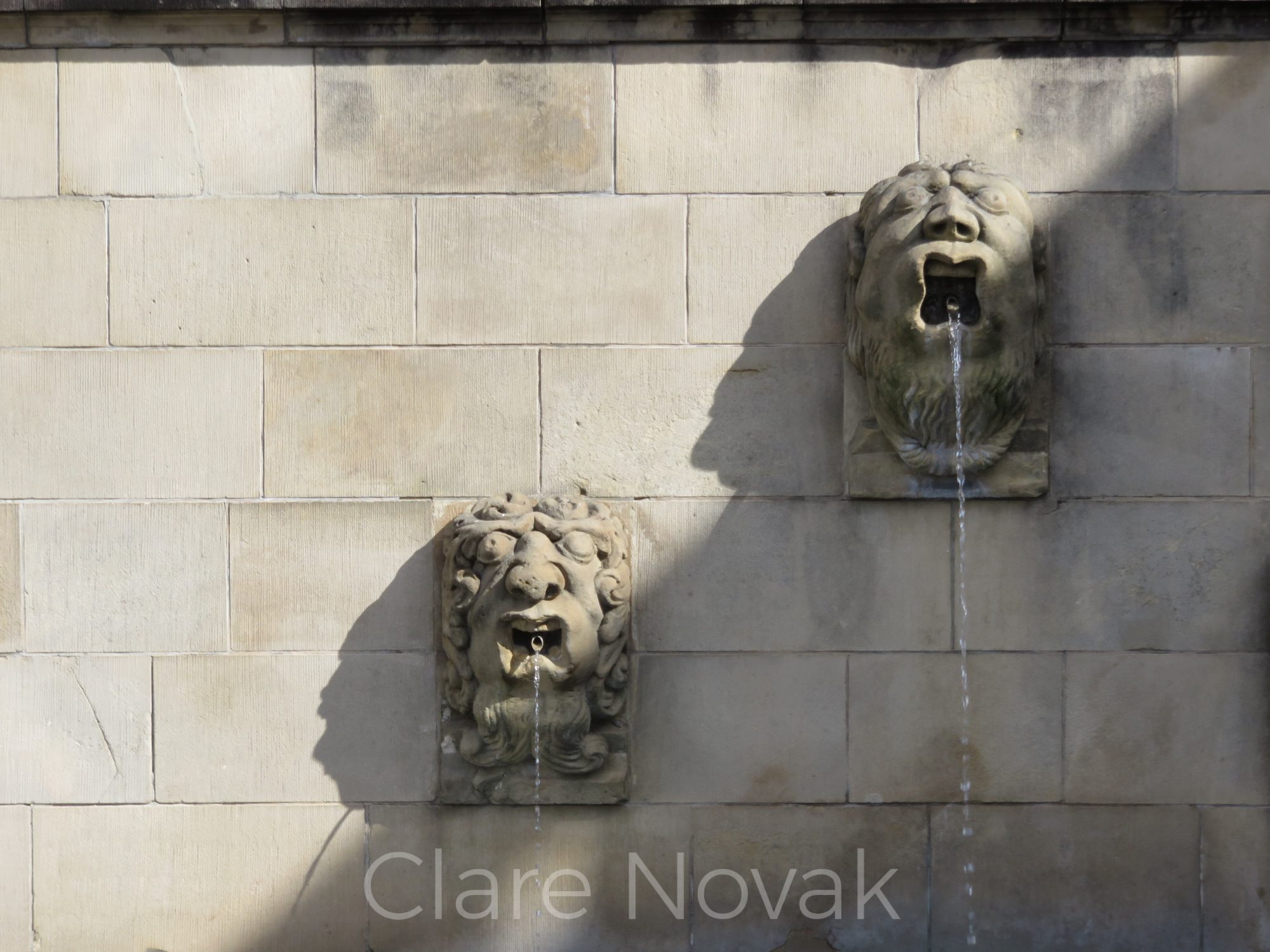 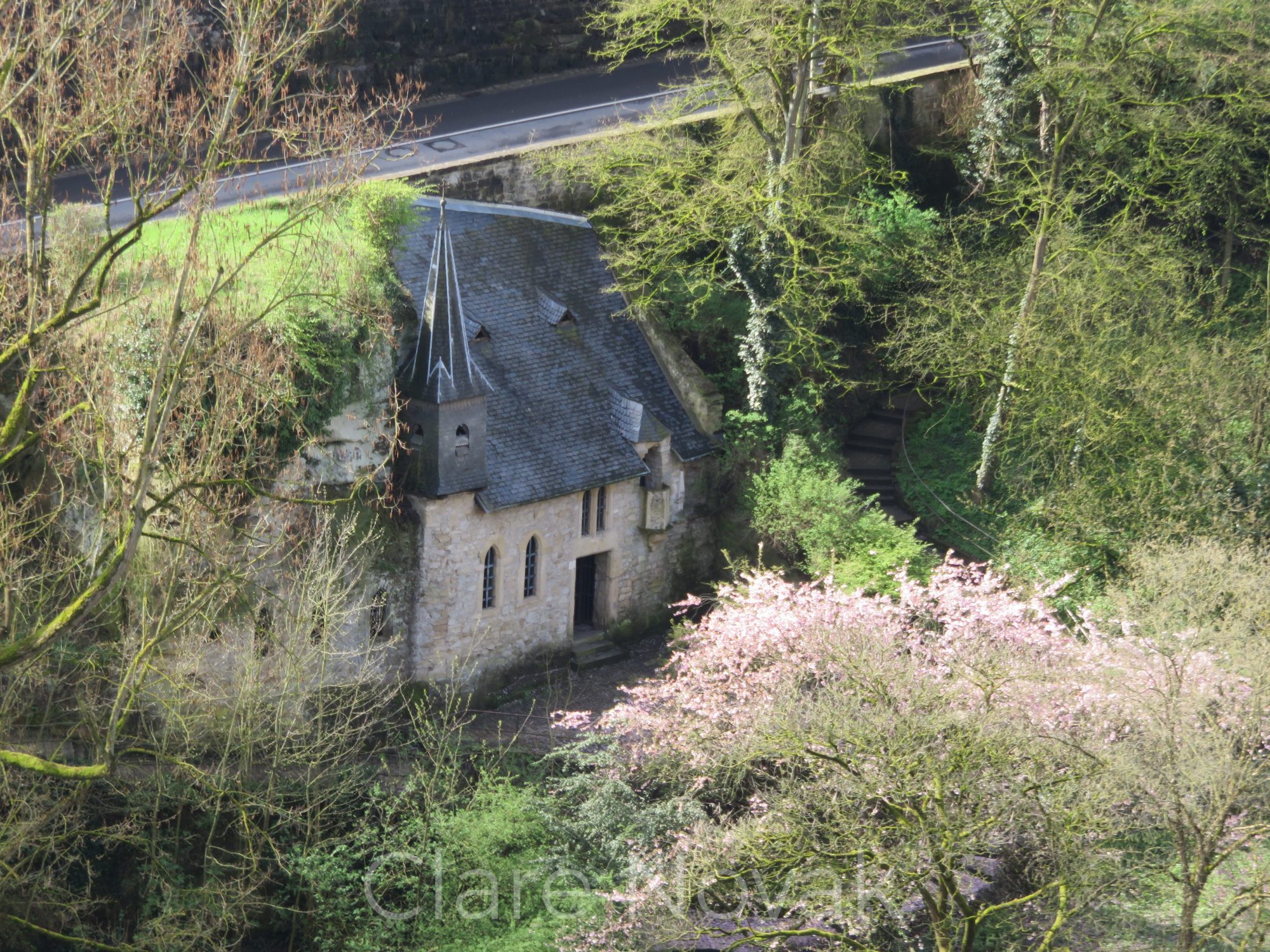 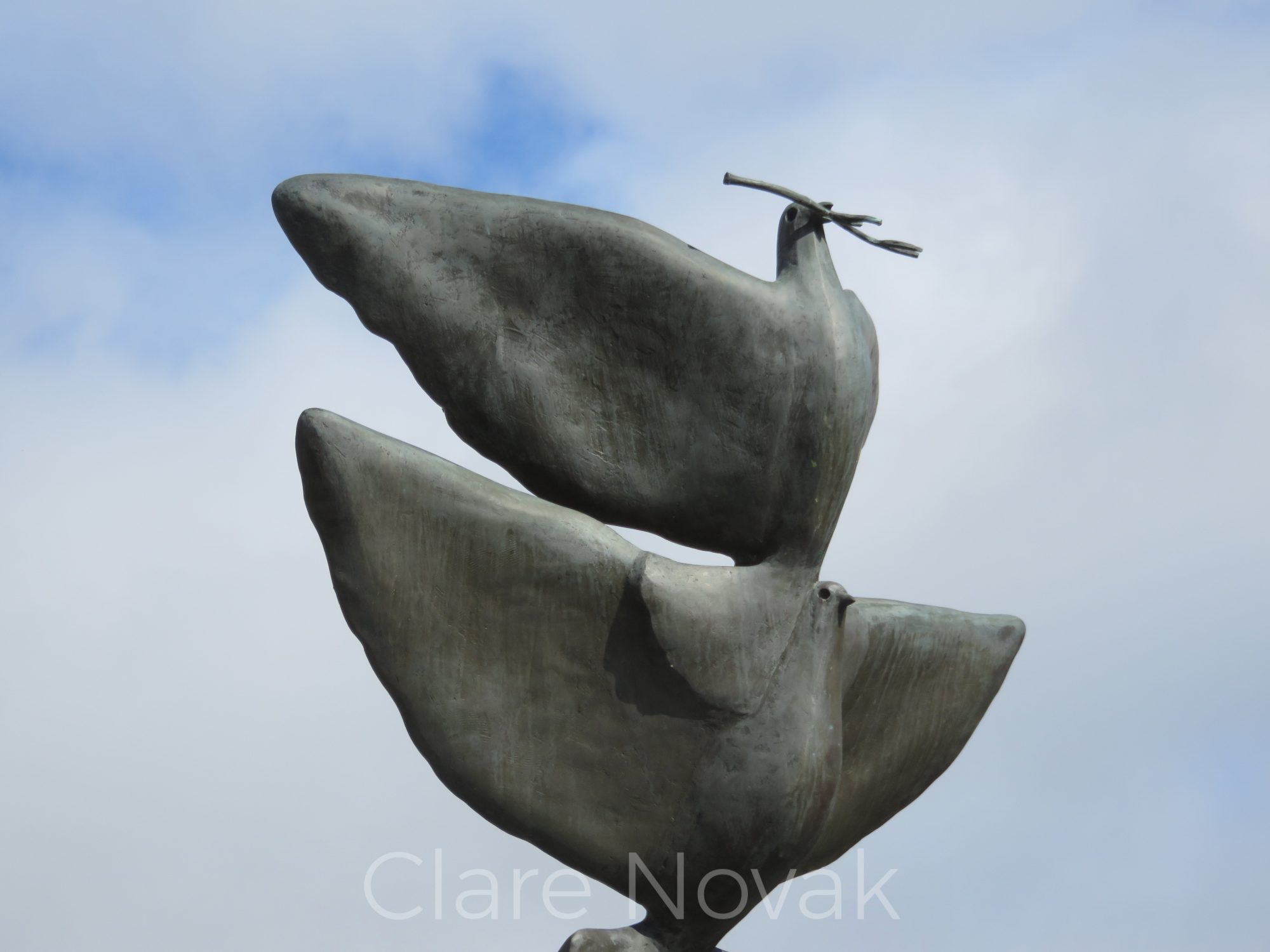 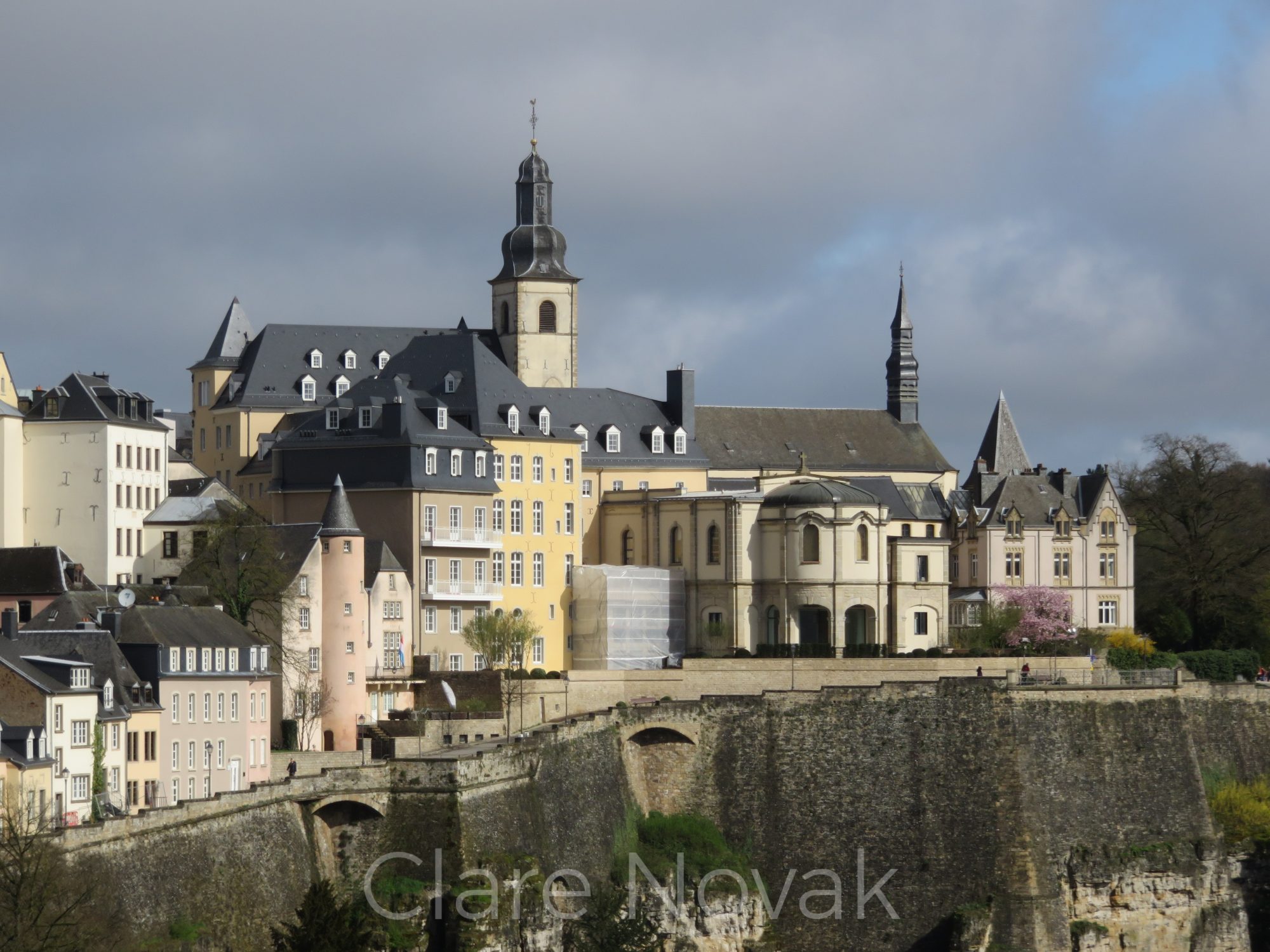 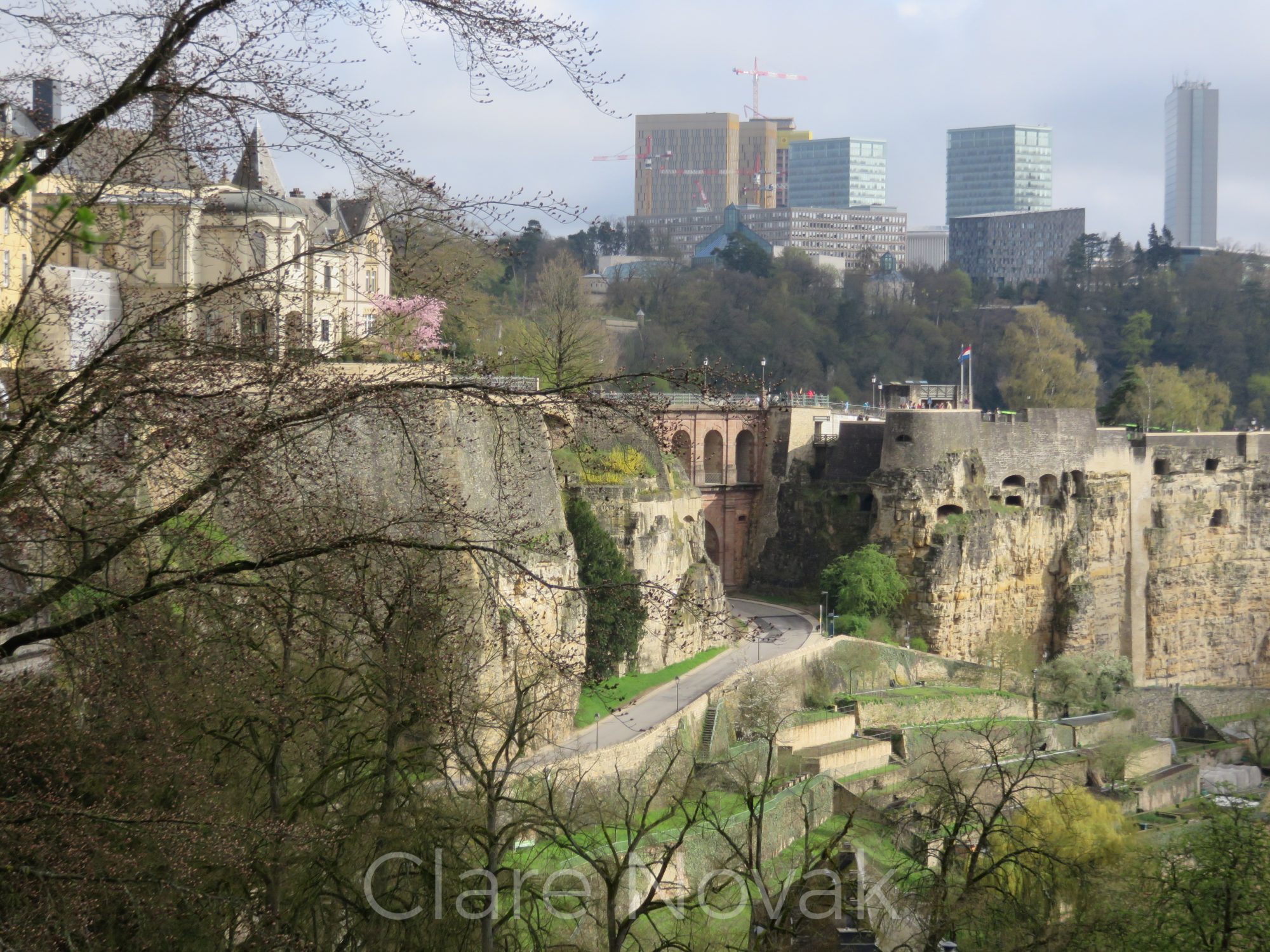 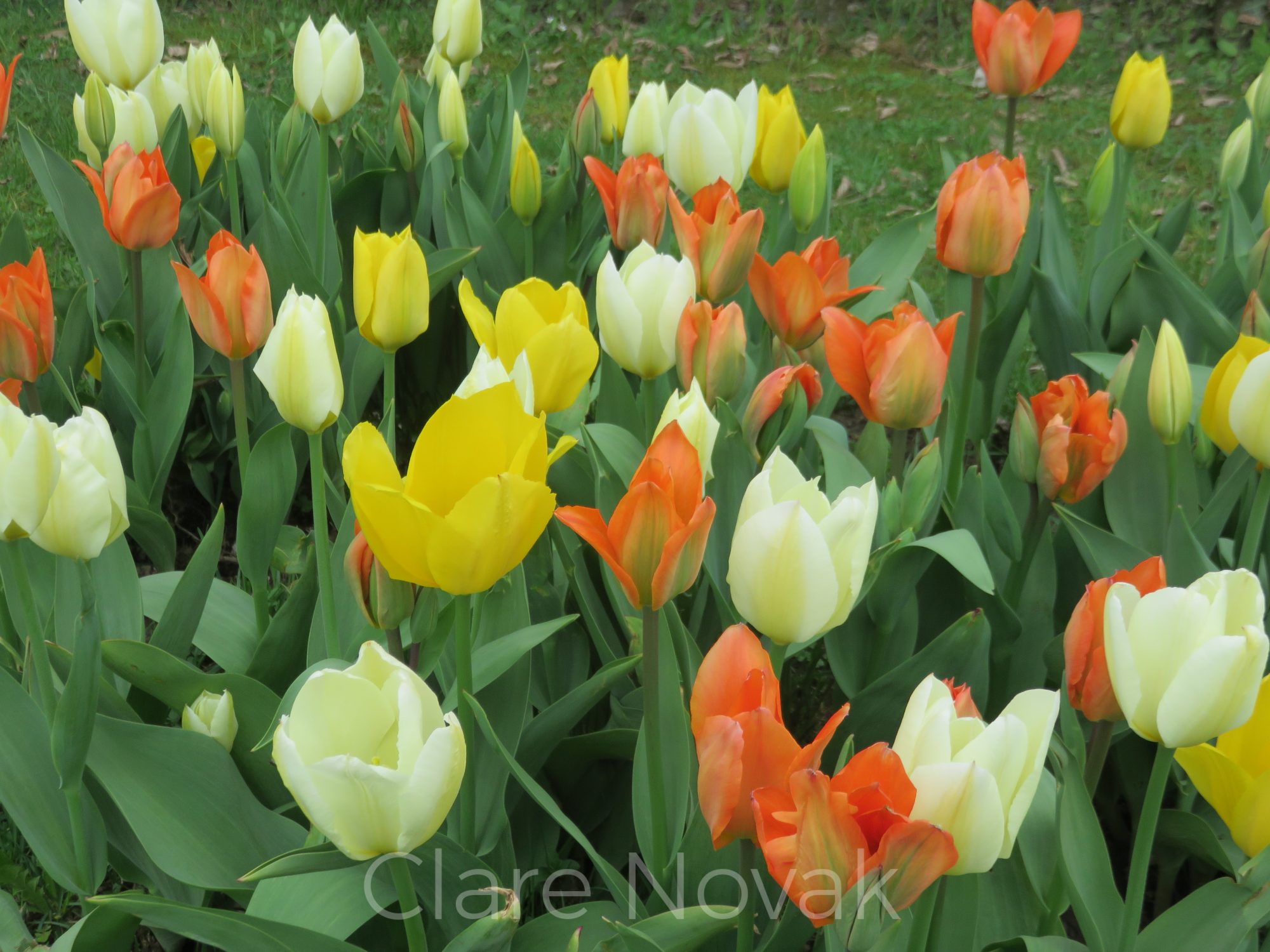 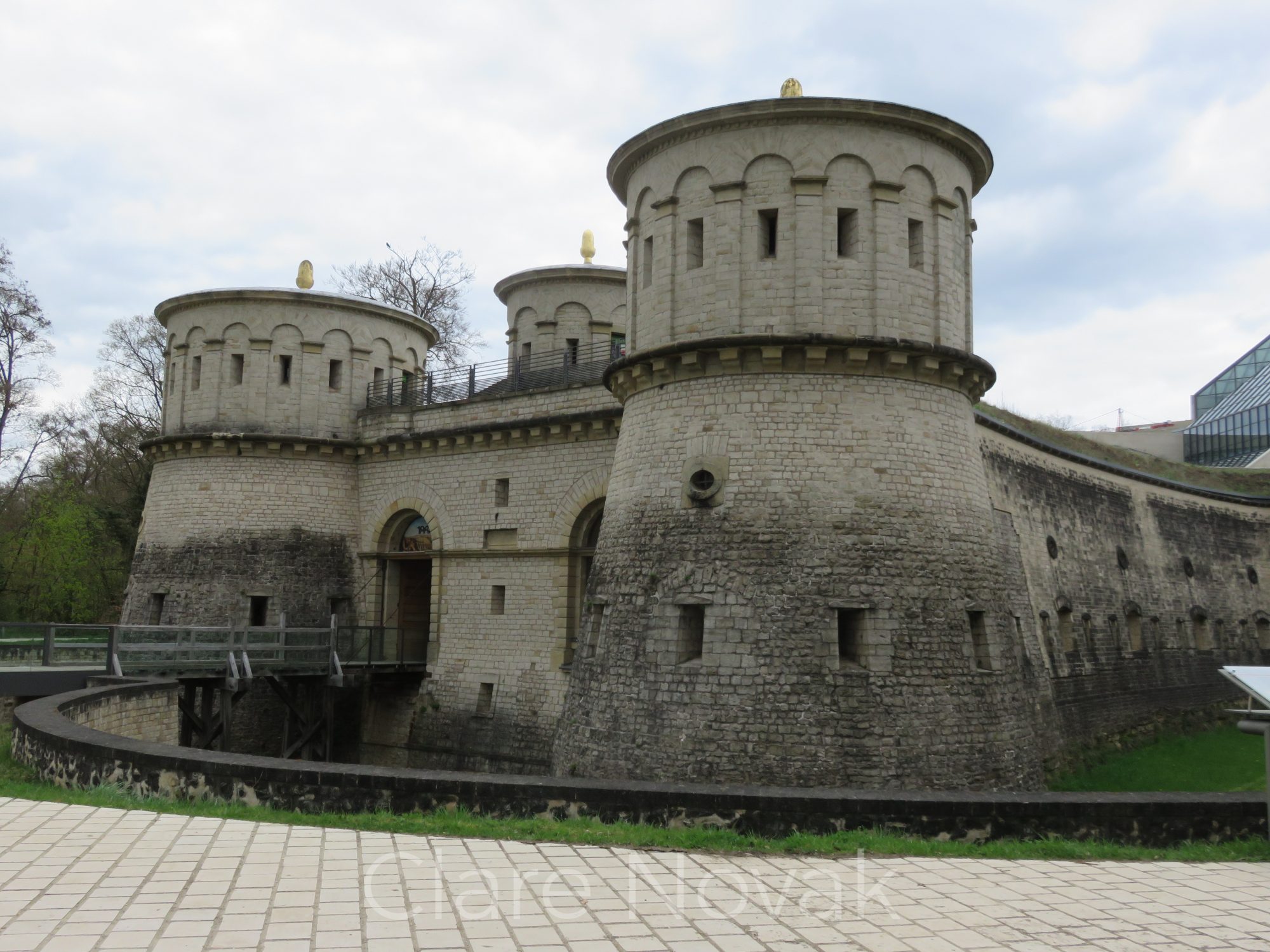 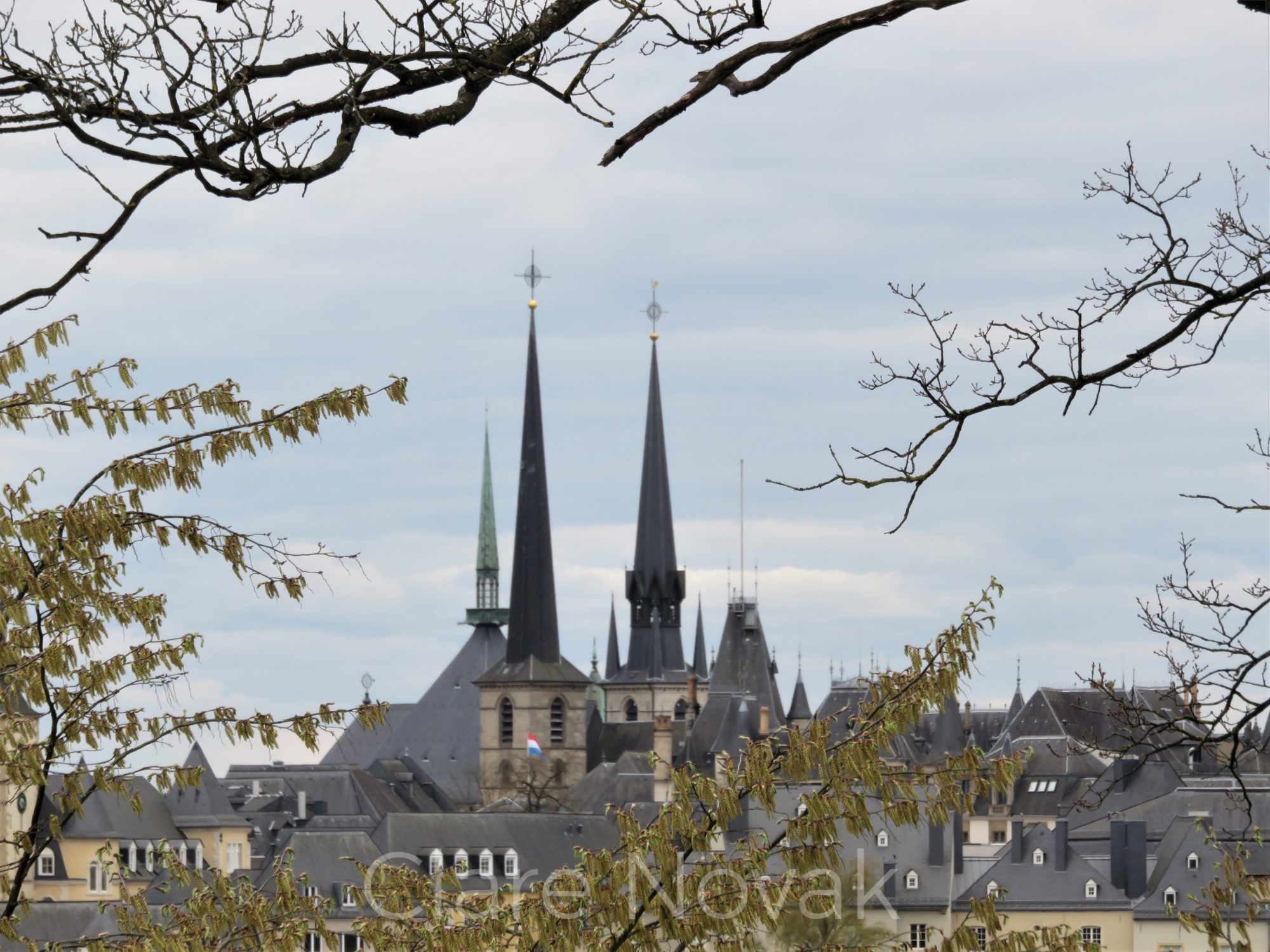 As I was checking out of the Marriott in Frankfurt, the clerk asked about my stay and I thanked him for arranging the great weather. He replied, “Yes, we arrange that for our guests as we prefer it cold and rainy.” I like a sense of humor. Thanks to the uncharacteristic sun and warm temperatures, it was pleasant to walk downtown and along the river in the evenings. Friday afternoon, three of us walked the Palmengarten and enjoyed the spring flowers. My buddies, the dinosaurs, are still wearing hard hats, so all is well in Frankfurt.

Lichtenstein was a fun little adventure. B and I rented a car and drove there the previous Saturday, arriving about 4. There it was cold and rainy, so obviously the hotel staff was not as hospitable as the staff in Germany. We didn’t let that stop us. We set out on a wander down to the old city via the path through the old fortress walls. We loved the charm and stayed in the old city for dinner.

Walking back, we were trying to find the upper route along the newer city streets but got turned around. Being jet lagged and tired, we opted to do exactly what our mothers taught us never to do—walk back up the unlighted path we walked down. With a trusty flashlight app on the phone, we got back to the hotel by 10 pm and crashed.

Sunday morning, I took over driving and we parked in city center. Did I mention that I loathe cars with proximity detection beepers? No? OK I LOATHE cars with proximity detection beepers when trying to get into a too small space with concrete pillars in an underground garage…. After that, the day was great. We walked about, just taking in the city and the city history museum, where I found evidence that some distant cousin on my father’s side must have been there. The drive back was lovely especially since the navigation app kindly rerouted us through the back roads to avoid traffic.

Now I will have to write:
“I will study my geography.” 100 times on the chalk board.

Months ago, I looked at a map to see where I could get to on a day trip from Frankfurt. Later, when it came time to book, I started to look at trains to Lichtenstein and was baffled by how long it took. Knowing I’d seen 3 hours, I pulled up a map and realized it was Luxembourg not Lichtenstein that was close. Two small countries, both starting with “L” ….

Apologies to both countries; where I actually was, Luxembourg. Maybe next time, Lichtenstein.

“Stench, Tedium and Disease” Greetings from Sweden, country 28 of my life long tour de world. Got in Saturday afternoon…